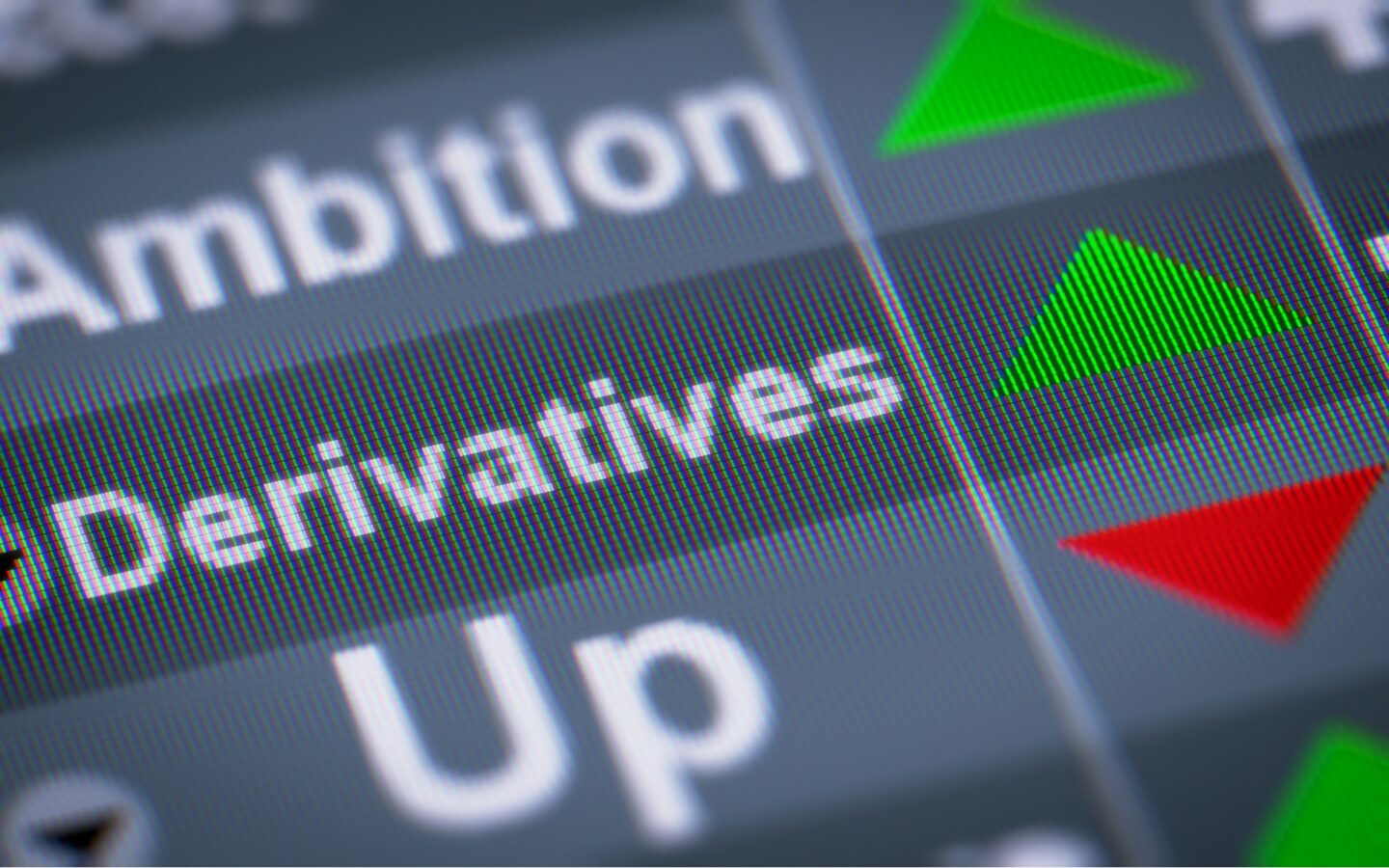 There is a belief that the price movement of Bitcoin is based on the changes noted by the spot trading alone. However, perhaps the truth of the matter is that the derivates market has a ton of influence on the king coin’s price action too. Following its latest rally, it is even more necessary to take a look at the present state of Bitcoin’s derivatives.

Bitcoin Calls for a price rise?

At the time of writing, the Put/Call ratio had fallen to an 8-month low. The last time this ratio was so low was back in December 2020. Low values on the Put/Call ratio are an indication of investors rooting for a price rise. In fact, the press time demand seemed to be much higher than what we saw back in April, right before BTC soared to $60k. 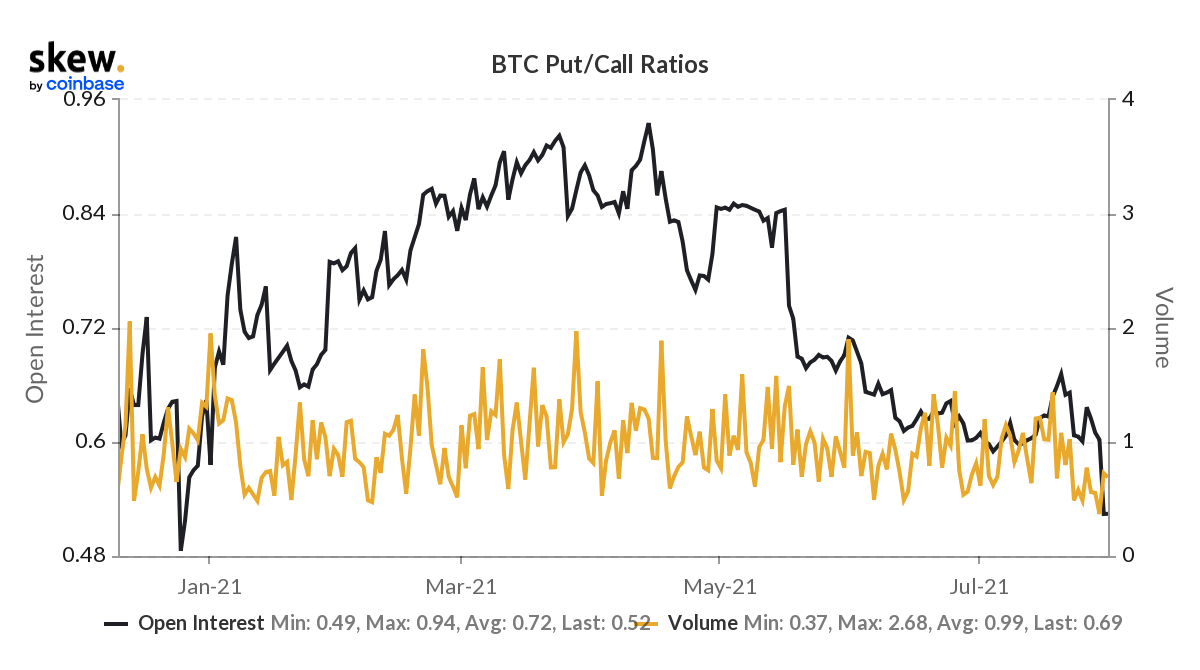 Additionally, Bitcoin Options OI by Strike revealed that there are significantly more contracts for Calls than Puts. Specifically, in the $45,000 to $55,000 range. At press time, BTC was trading at $41,719, already inching closer to $42k. Ergo, the lower levels of the aforementioned range might be achievable for Bitcoin by the end of August should its northbound movement continue. 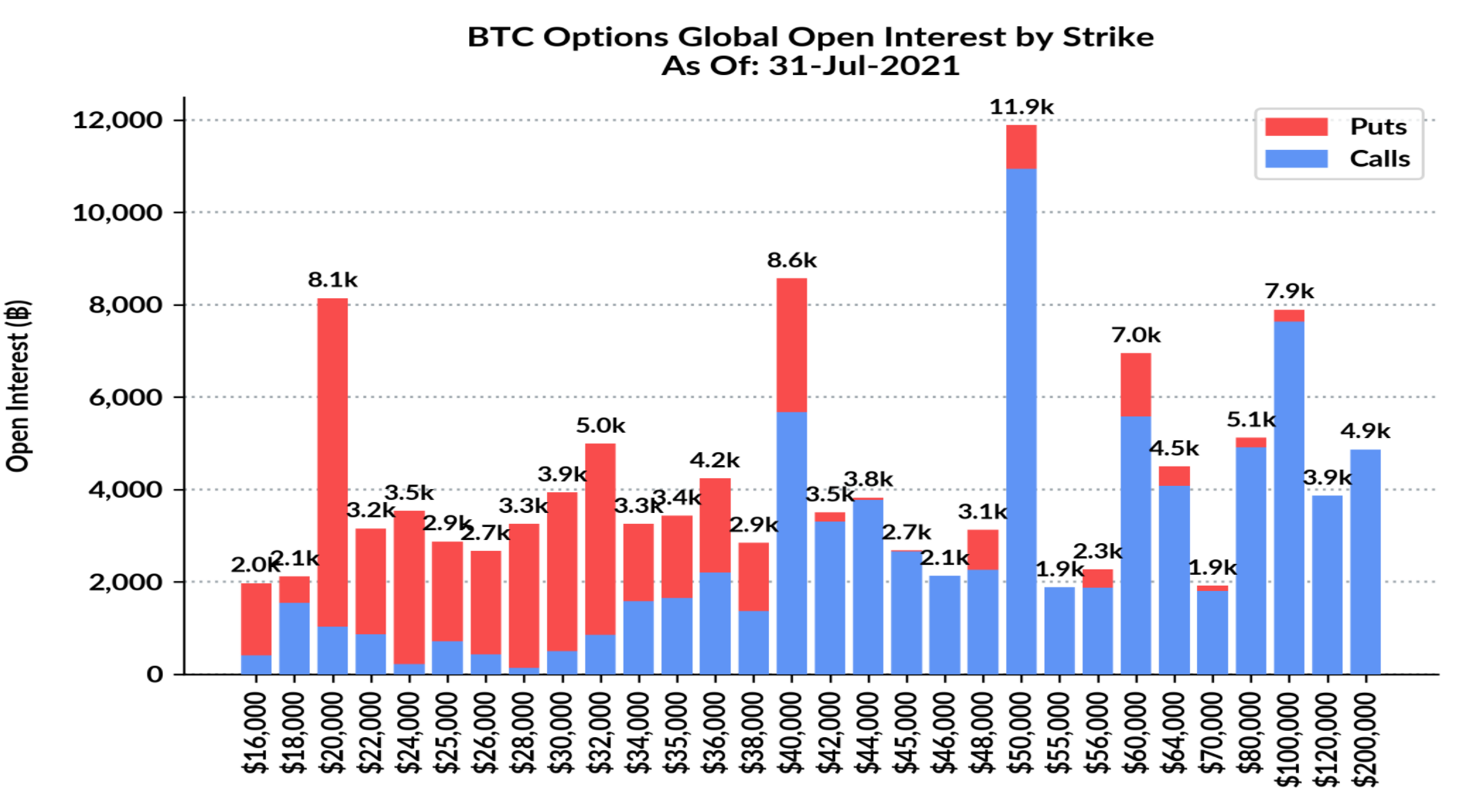 What do Bitcoin’s Futures dictate?

Despite daily volumes slipping, Futures Open Interest seemed to be hitting a new stride. With the exception of the spike observed on 25 July, BTC OI was at a 75-day high, at press time. This is more than a sign, especially since a higher OI would attract more participants in the market. This might also help sustain the bull rally on the charts. 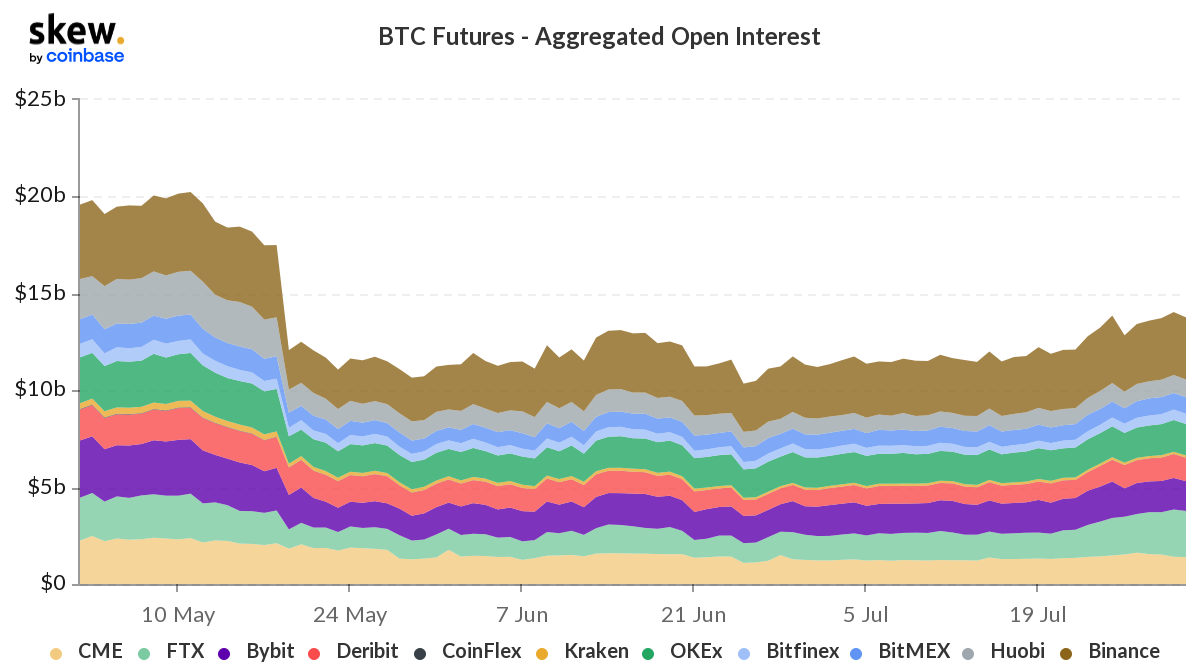 What this means is that there are a lot of people rooting for Bitcoin to break the $44,000 resistance and rally soon. 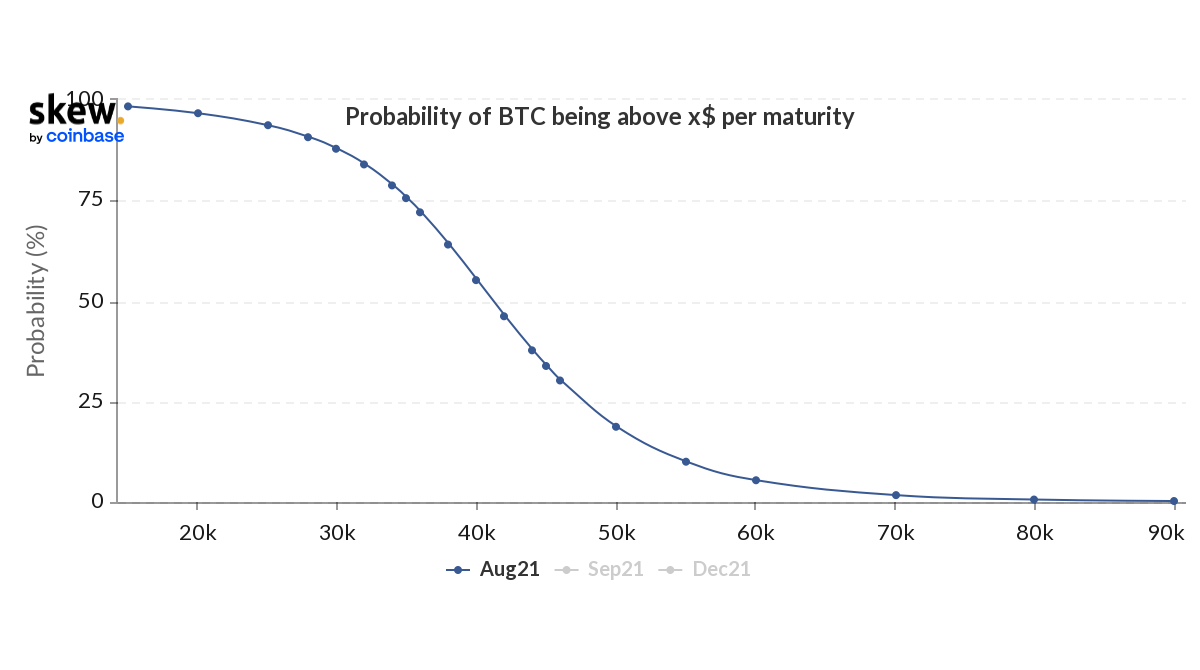 For a trader, is Shiba Inu [SHIB] still worth counting on