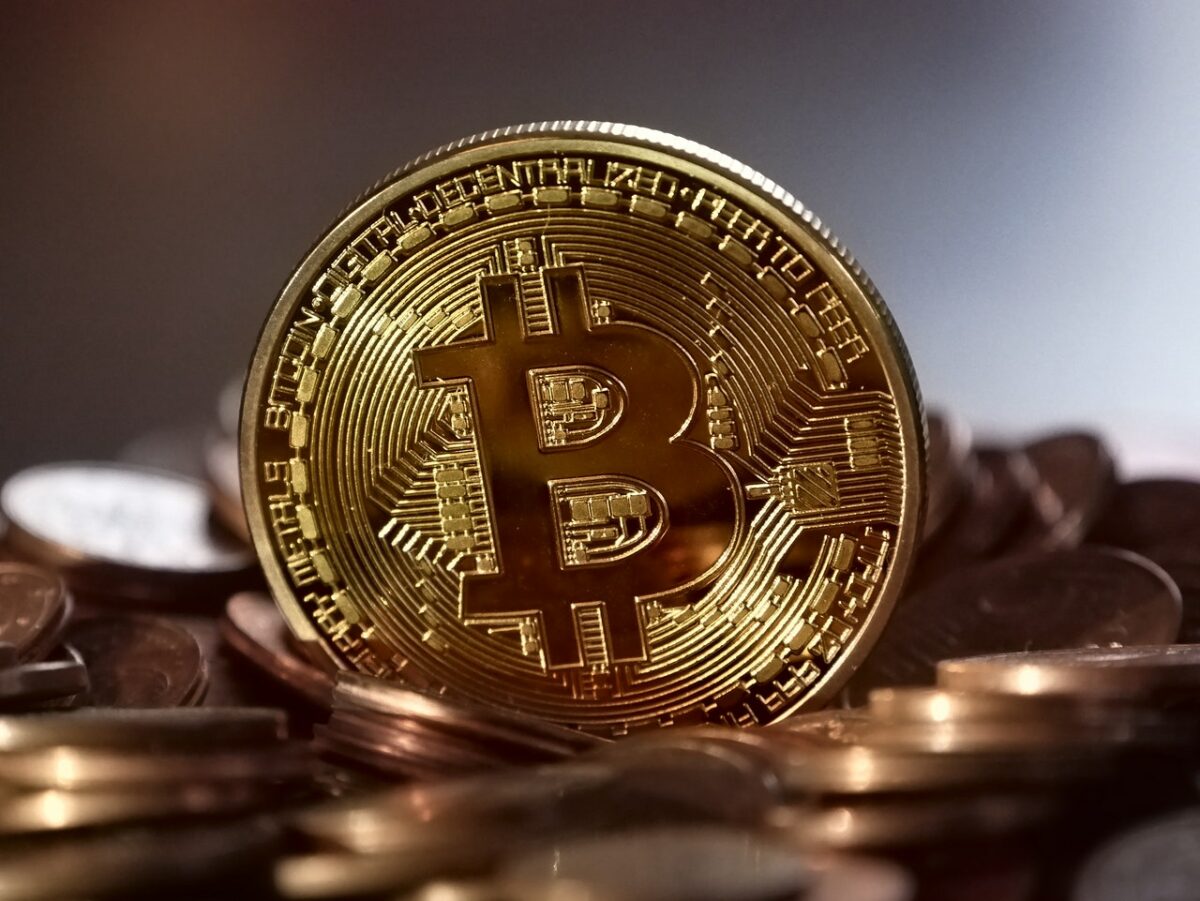 The king coin has had a remarkably strong month as it hit another all-time high of $68,231.99 (As per data from Messari). This milestone was achieved after an extended period of sideways movement post the 20 October ATH. Alongside the rise in prices, Bitcoin’s market has continued to show strength in supply and demand dynamics. On the other hand, on-chain activity seemed to present a perplexing divergence.

Despite hitting ATH levels, BTC’s on-chain activity, at press time, remained only marginally above bear market levels. While this sounds bearish, it could, in fact, be a sign of the BTC market maturing.

So, what comes next for the king coin?

Since then, LTHs have spent 0.73% of the coin supply back into liquid circulation. This has provided an upper bound estimate for the degree of sell-side pressure sourced from this section. 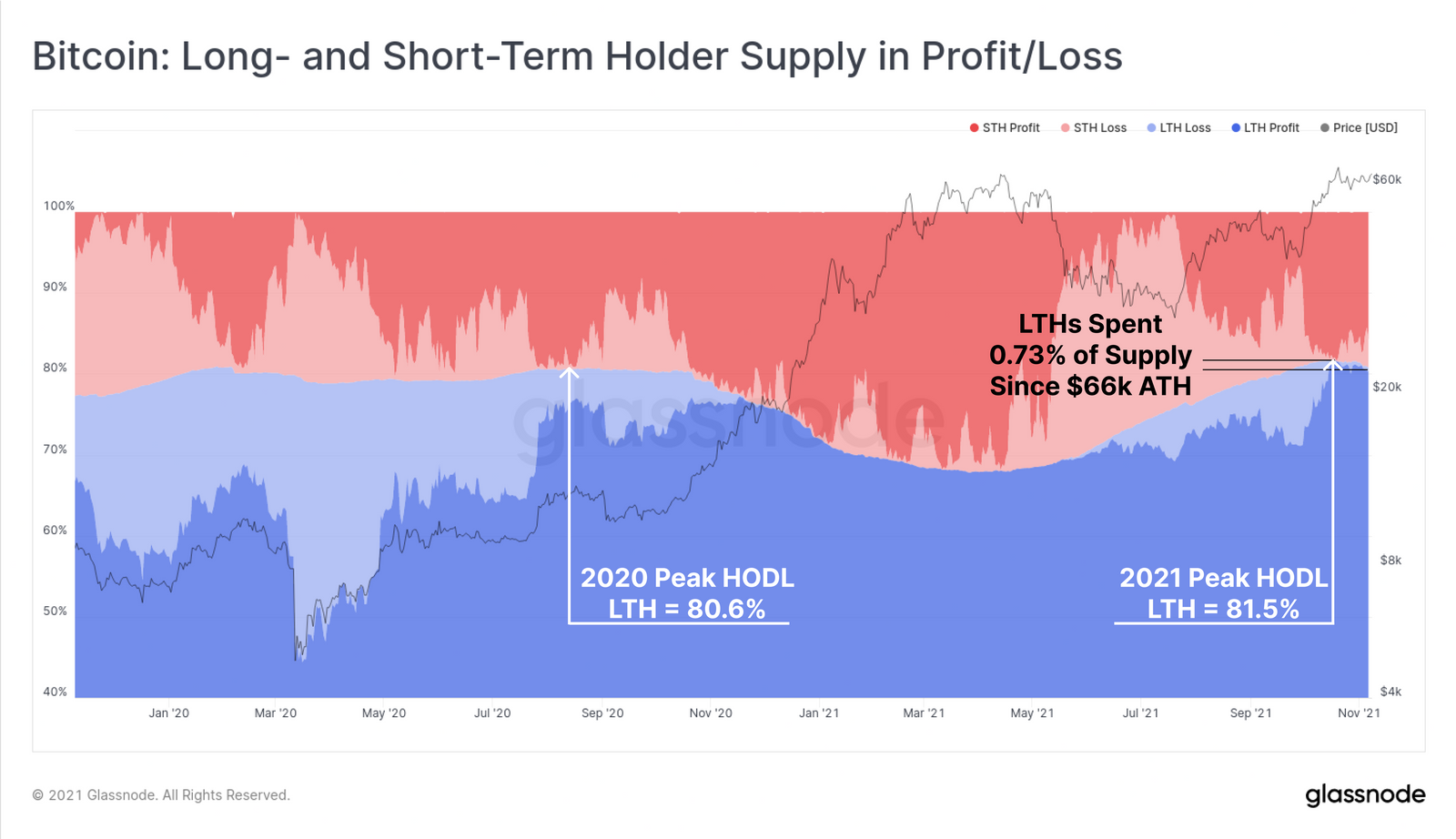 Additionally, the rate of LTH accumulation reached over 400k BTC per month for around five months through to late September. However, now it has returned to a neutral level.

Further, the revived supply metric, which tracks how many coins older than one year are coming back into liquid circulation, suggested that 6.5k BTC are being revived on a daily basis. 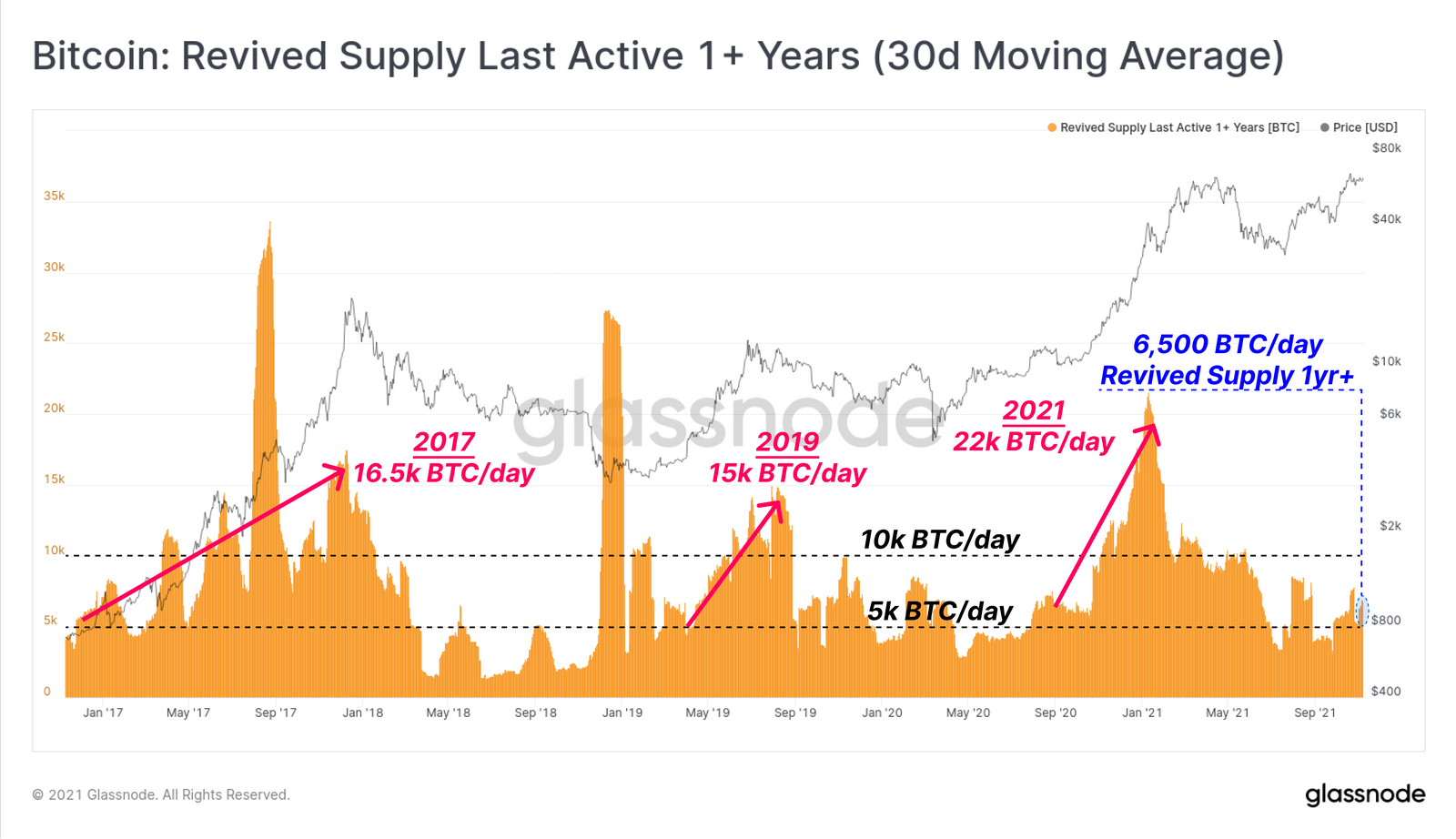 Looking at the indicator, it is apparent that this is a relatively low level compared to 2017, 2019, and 2021’s bull runs. During the same, over 20k BTCs were revived per day. In fact, the current levels of revived supply are similar to the spending patterns through late 2019 to 2020. The aforementioned period, today, is mostly considered to be a late-stage bear market.

Notably, the sell-side supply dynamics and demand dynamics speak strongly to current market characteristics still being of smart money accumulation. But, the market is inching closer to a transition out of this phase into euphoria and hype, as seen in 2017 and Q1 2021.

BTC’s transaction counts remain well below the peaks seen in the first half of 2021, while a modest uptrend is in play with new entities hitting 110k per day. However, these numbers also are barely above the levels sustained throughout the 2019-20 bear market, where activity was between 90k and 110k new entities per day. 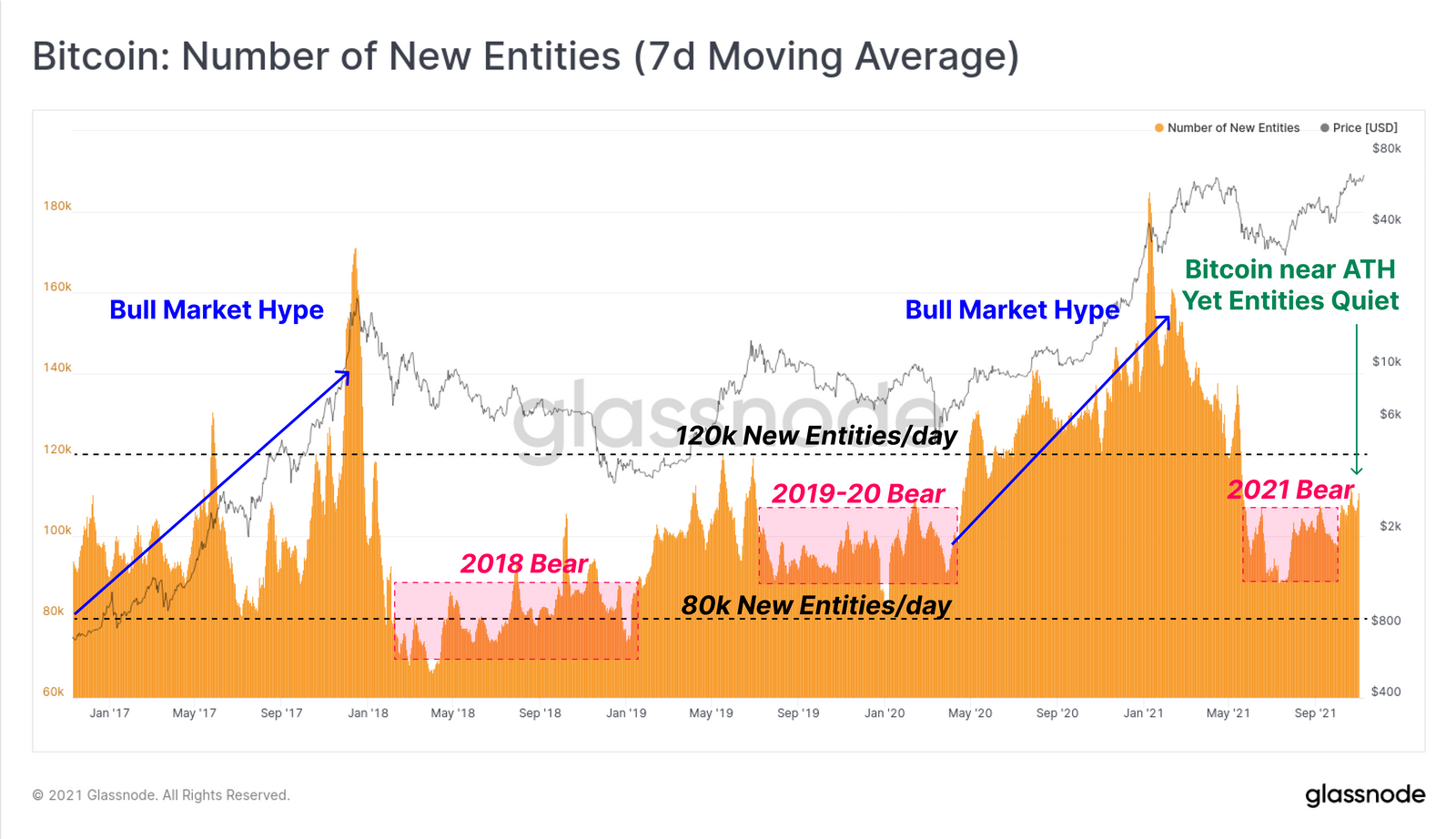 This hyperaccumulation trend, alongside comparatively lower on-chain activity, does suggest that BTC’s market is maturing.

As for the next price targets for Bitcoin, looking at the price structure, BTC now seems to accurately follow the stock-to-flow model.

So, it seems like Bitcoin, as predicted by S2F, can close November above $98,000 and hit $135,000 by the end of the year. Then again, is there anything called certainty in the crypto-market?

Related Topics:Bitcoin Hodlers
Up Next