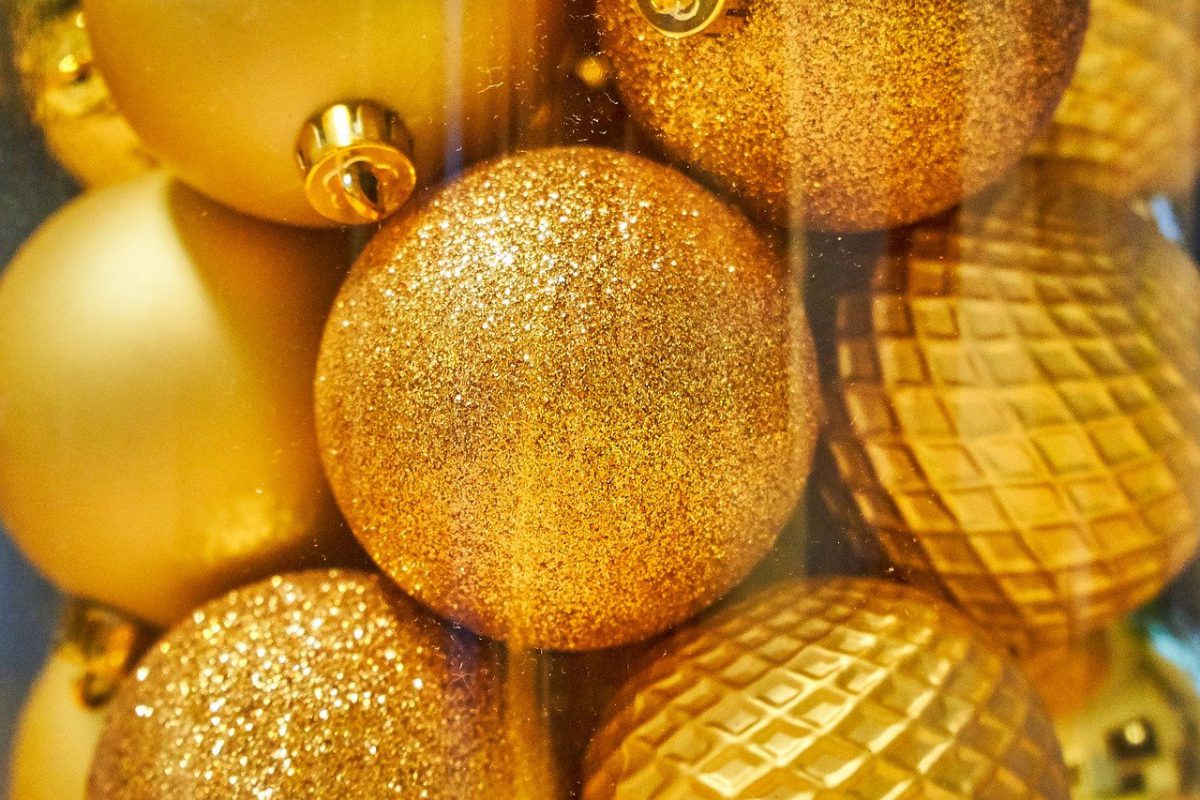 The process of Bitcoin replacing gold in portfolios is accelerating, according to analysts from Bloomberg. A recent market report by Bloomberg explored the question of whether Bitcoin is making gold redundant. According to the same, Bitcoin is gaining legitimacy with its declining volatility, when compared to other asset classes that are noting the opposite. In fact, the aforementioned report went on to observe that Bitcoin non-allocators may be at greater risk. 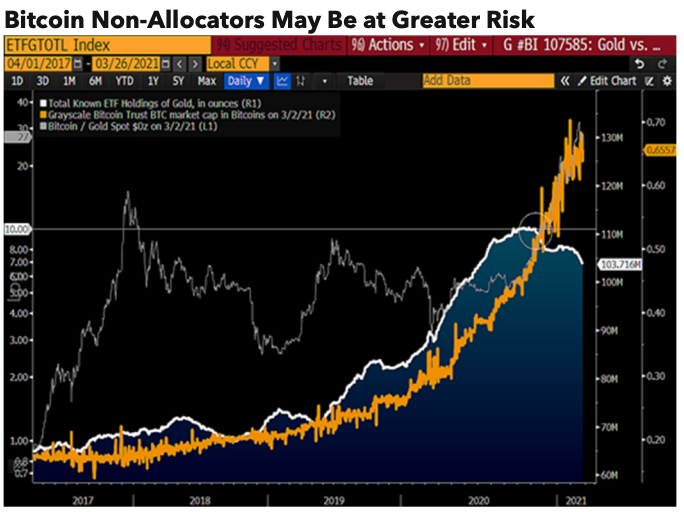 Bitcoin inflows are accelerating too, along with gold outflows, something that highlights BTC’s growing presence in the mainstream market.

“We see scant reason to reverse the trend,” the analysts noted, adding that they found the ratio of the price of Bitcoin v. Gold to be on a path towards 100x after breaching its 10x resistance held since 2017.

The chart attached herein also revealed that gold exchange-traded fund holdings had dropped to their lowest since July, after peaking in November, a development juxtaposed against the convex shape of GBTC’s market cap.

“In 2021, we see little to stop the process of old-guard gold allocators simply focusing on prudent diversification.”

On the contrary, one can argue that this may already be happening. Just recently, prominent gold advocate Jeffrey Gundlach said that Bitcoin may be a better stimulus asset than gold after being “neutral” on both for several months.

Analysts today believe that this “digital gold” is replacing the yellow metal with advancing technology increasing supply and reducing demand for fossil fuels. Bitcoin’s attributes are also propelling it towards the status of a global digital reserve asset, something that differentiates it from the 8000 plus other crypto-assets in the market, they added.

“It’s unlikely there will ever be a Bitcoin equivalent that’s no one’s liability or project.”

Bloomberg’s outlook for Bitcoin and the rest of the cryptocurrency market is eerily similar to the one shared by popular crypto-proponents. Kraken’s Jesse Powell, for instance, in a recent interview, claimed that Bitcoin has the potential to climb to $1 million in the next decade.

“The true believers will tell you that it’s going all the way to the moon, to Mars, and eventually, will be the world’s currency,” he added.

Related Topics:Bitcoin goldBloomberg
Up Next