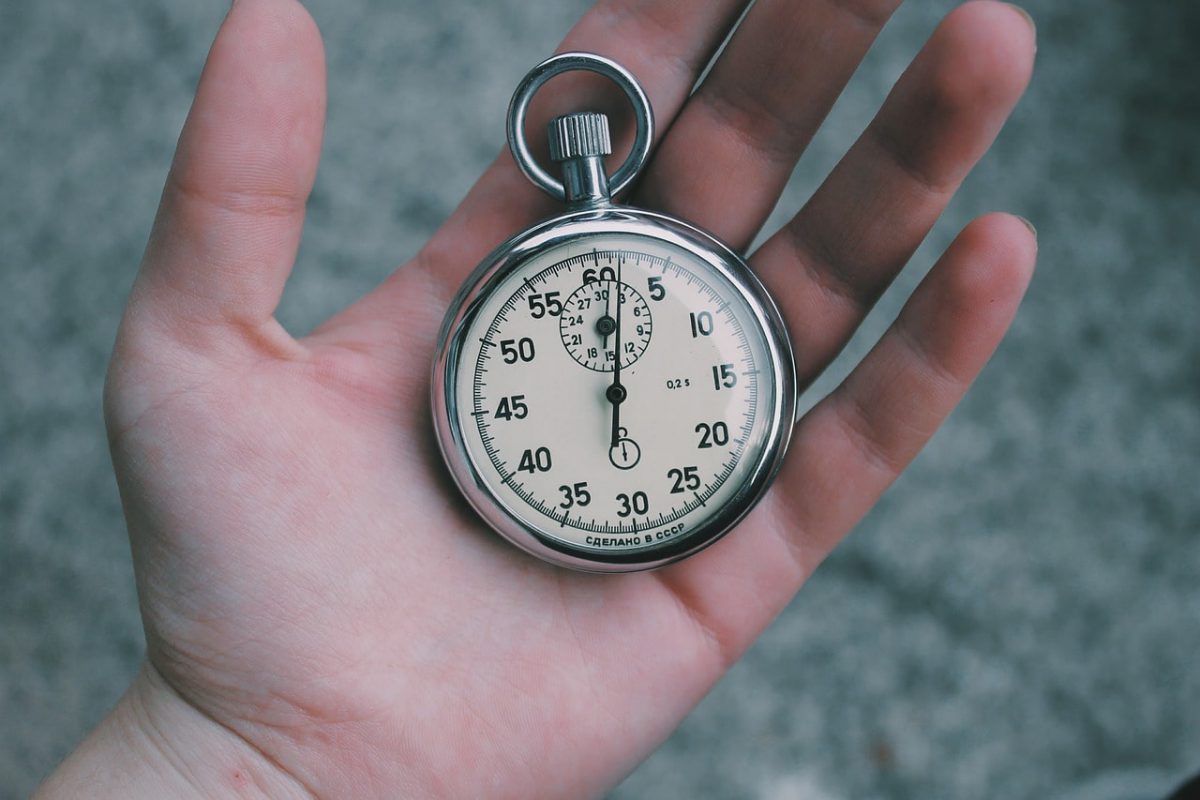 French economist Marion Laboure, macro-strategist at Deutsche bank, asserted that Bitcoin was now “too important to ignore“. True to that statement, in the short-term, the price climbed past $56,950 in the past 48 hours and retested $56,200 as support. The $59,300 level can pose some resistance to price, although the bullish momentum of the past few hours might be able to drive prices higher. 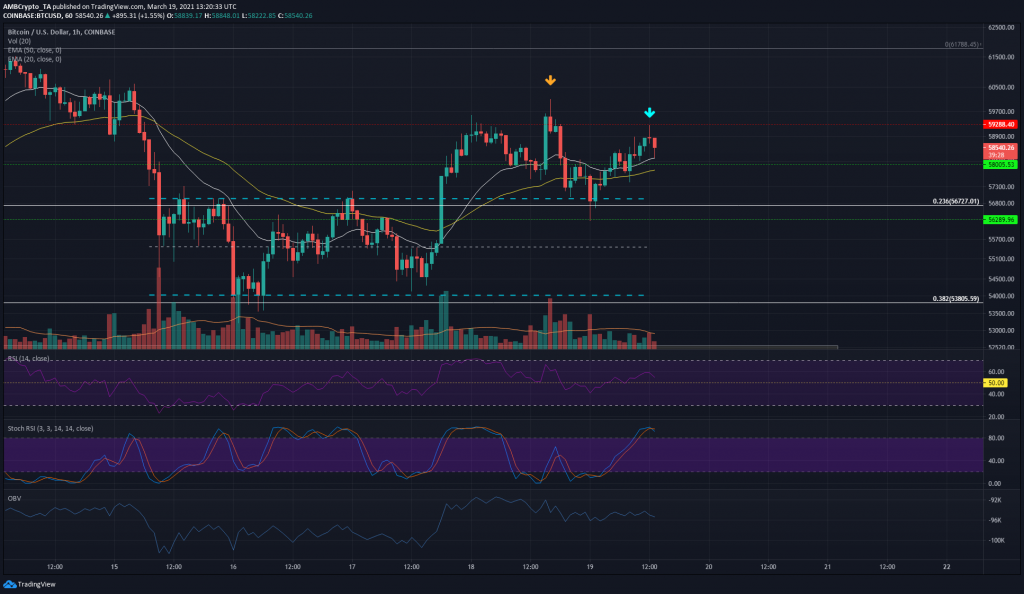 In the past 40 hours, BTC approached the $59,300 barrier thrice. On each of those occasions, BTC was rejected. Marked by the orange and cyan arrows are hourly trading sessions where the sentiment swung in favor of the selling side after encountering substantial resistance at $59,300.

The orange arrow shows buyers attempting to drive prices up (and failing) and sellers succeeding in closing the session lower. This was immediately after a strong bullish candle, and the bearish candle had greater trading volume as well, representing an intense skirmish between buyers and sellers.

The blue arrow shows a Doji candle formed as indecision mounded once more near the $59,300 mark. There were signs that BTC could test the $58,000 level as support in the coming hours.

OBV on lower timeframes showed that the recovery from $56,800 was driven by demand. However, there was a lack of strength from buyers above $59,000.The past couple of days have seen sellers step in at $59,000-$59,300 area. The entire area from $56,200 to $59,300 has seen OBV oscillate without seeing a spike either upward or downward, suggesting some equilibrium from buyers and sellers so far.