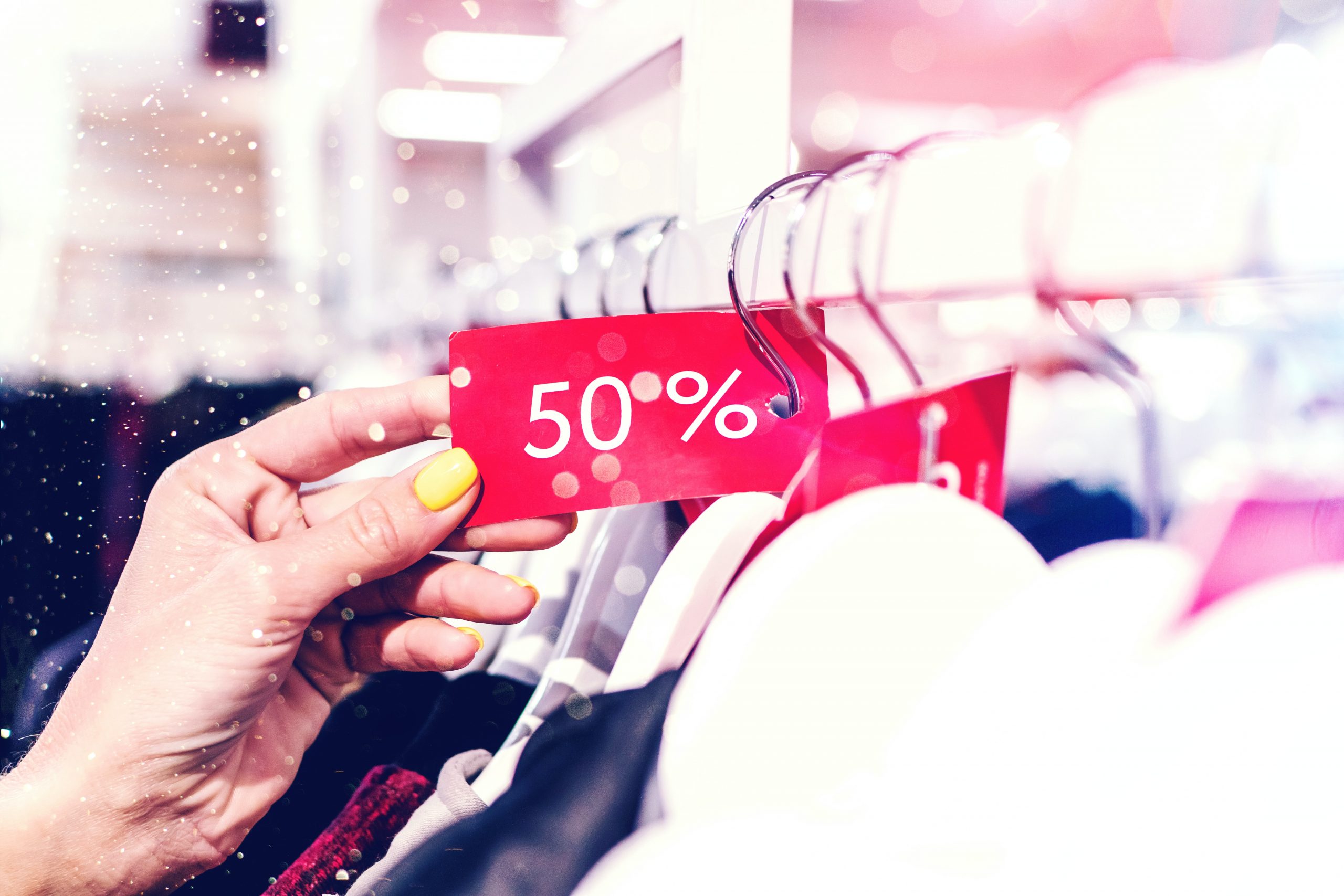 Bitcoin has seen a good surge since September began. In fact, the price surge has been more than a hyperbole since 12 December. Although not surprising, this surge could be something to be wary of as Bitcoin’s performance in Q4 is an average of 19% [from 2014 to 2019]. Moreover, the highest returns were during the 2017 bull run during which Q4 yielded 210% in returns.

The following article will take a look at Bitcoin’s price from a medium-to-short term perspective. 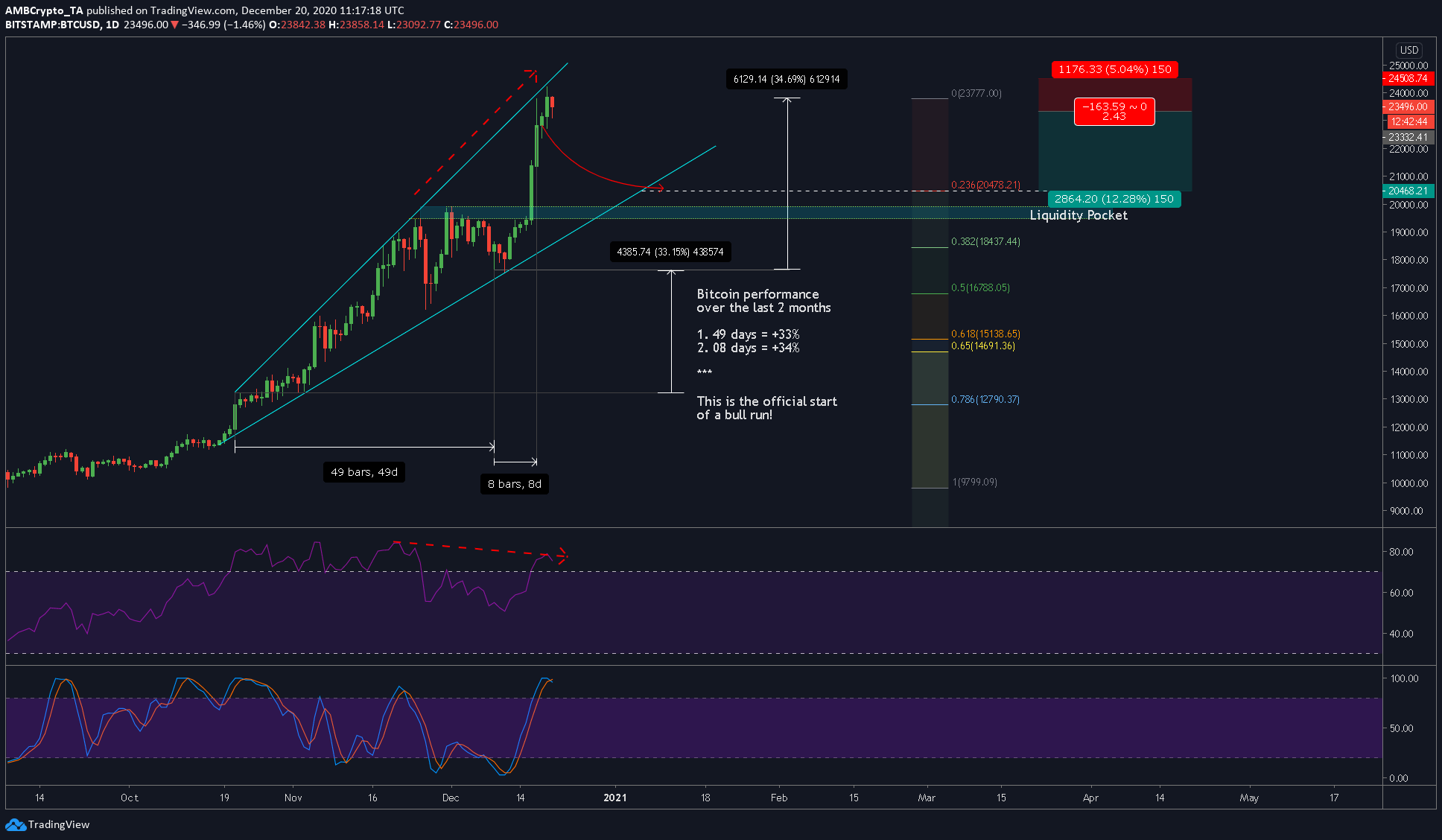 The chart attached herein is a summary of the latest surge starting from late September to date. The surge in the aforementioned timeframe formed a broadening wedge. More importantly, the price had freshly struck the top of the wedge twice and from the looks of it, a retracement seemed likely.

As mentioned, the retracement from the top of the broadening wedge seemed likely, which is one reason for being short-term bearish on Bitcoin. Moving on, parabolic surges usually tend to end in retracements of 23.6% or 38.2%. Coincidentally, there seemed to be a good support area of 23.6%-Fibonacci level or $19,910.

The RSI and the Stochastic indicator were both in the overbought zone, hinting at a reversal in action, which in and of itself looked bearish. Additionally, the bearish divergence between the price and the RSI makes it more compelling for the price to head lower.

It should be noted here that there is a chance to see 18,437, should the drop continue. Hence, care should be advised to not pre-emptively close the short.

Why Bitcoin’s bull run is all about bonds