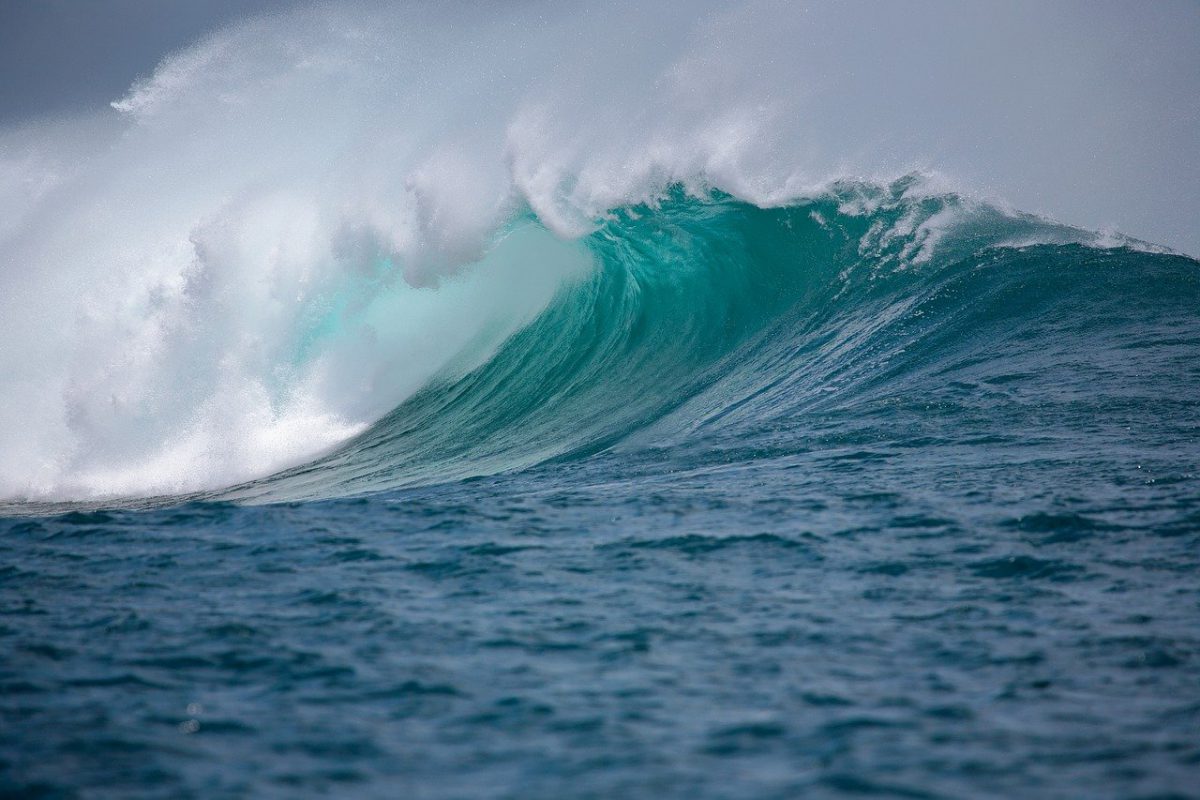 Bitcoin‘s price was noting consolidation around its press time price of $31,500, although it did breach lower from its bearish pattern on the charts. From the looks of it, BTC seemed to be heading lower, with the market’s bulls just delaying the inevitable. The target for the ongoing short-term downtrend is the liquidity pocked that extends from well above the yearly open to levels not seen since late-December 2020 and early-January 2021. 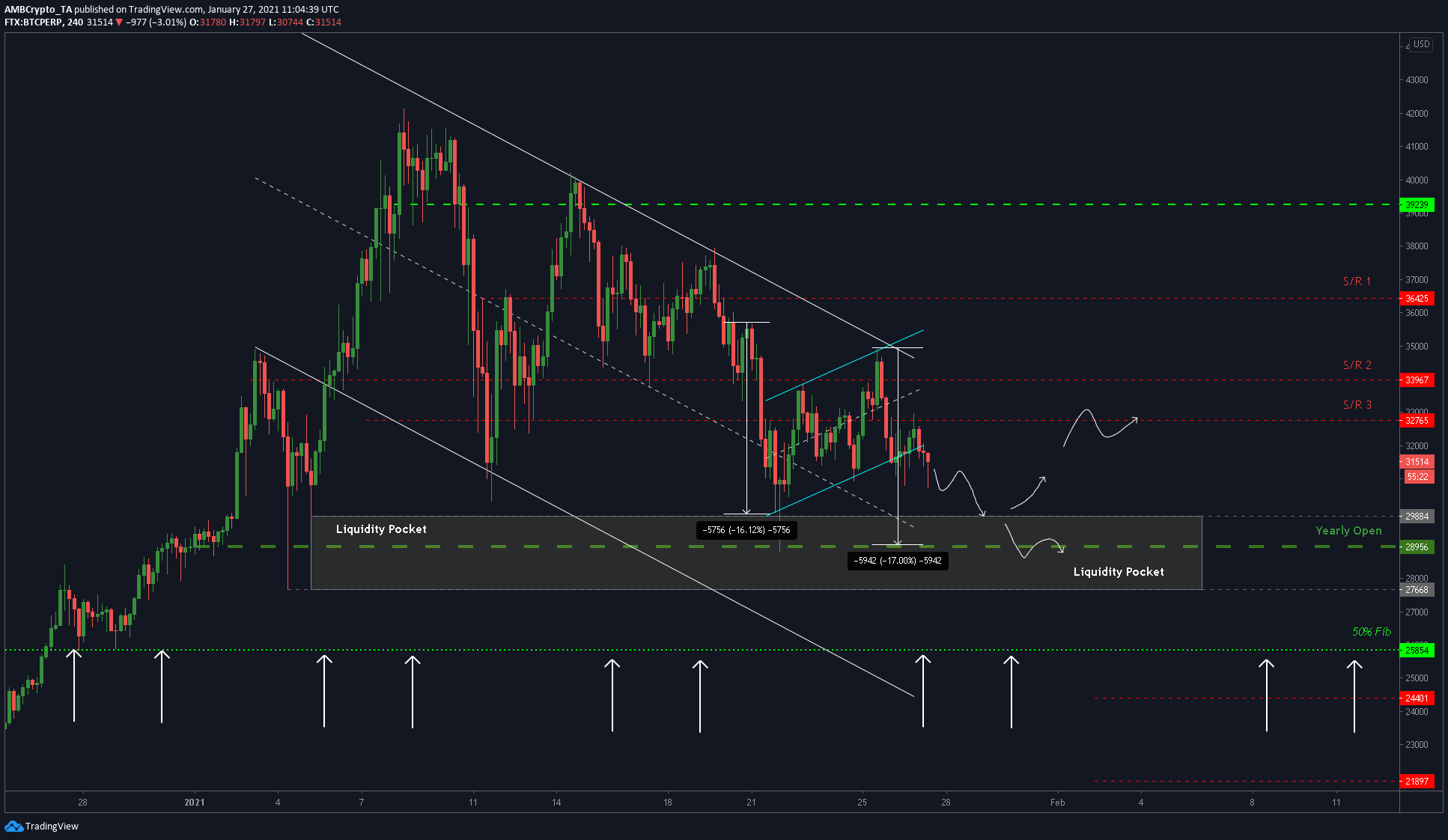 Not a lot has changed since the last price analysis for Bitcoin. BTC, at press time, was still trading in the larger descending channel, a bullish finding. However, within this pattern, BTC’s price formed a bear flag, one suggesting a tap at the lower levels. While BTC has already tested the yearly-open at $28,956, the press time pattern hinted at another jab at this level.

Bitcoin’s price moved in and out of this bear flag for almost 16 hours after decisively breaking out of it on 27 January at 00:00 UTC. A continuation of this downtrend suggests that the price will hit the immediate support at $29,884. This level is at the top of the liquidity pocket range, hence, any dip or a close below this level would allow the price to consolidate here. This will contribute to more sideways movement for Bitcoin, one devoid of any volatility.

The eventual step for BTC to take here is to bounce from this pocket and surge higher or drop lower and perhaps, test the lower range of the liquidity pocket at $27,668.

The fall in FOMO and stablecoin inflows have halted Bitcoin’s rally. With the price consolidating on the charts, the development of the bearish pattern might threaten the bull run. A drop, as predicted by this pattern, would push the price down by 30% to 40%. This would put BTC down to $25,000 or $20,000 in the long-term. On the contrary, a short-term outlook would see Bitcoin drop by 5% on the charts.

What is Bitcoin’s biggest flaw? Here’s what Cardano’s Hoskinson says