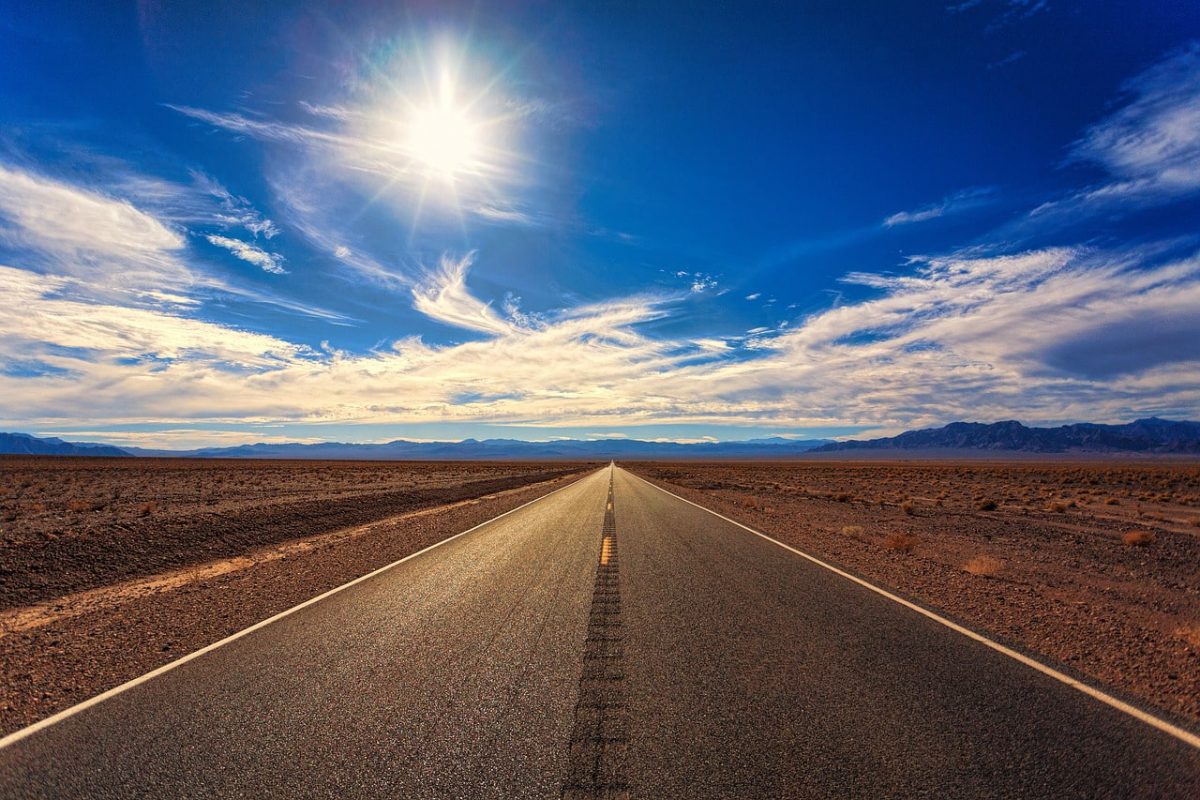 Bitcoin was at an interesting crossroads in the short-term. There was confluence at $56200 to mark it as a strong area of resistance, but the price shot past it in recent hours and would likely retest it as support in the near future. BTC has been climbing steadily from the $52,000 mark in recent days and the market could decide on its next direction in the coming hours. The options expiry opened up the possibility that the recent sell-off has built strong support in the $52,000 area and now sentiment was shifting in favor of the bulls once again. 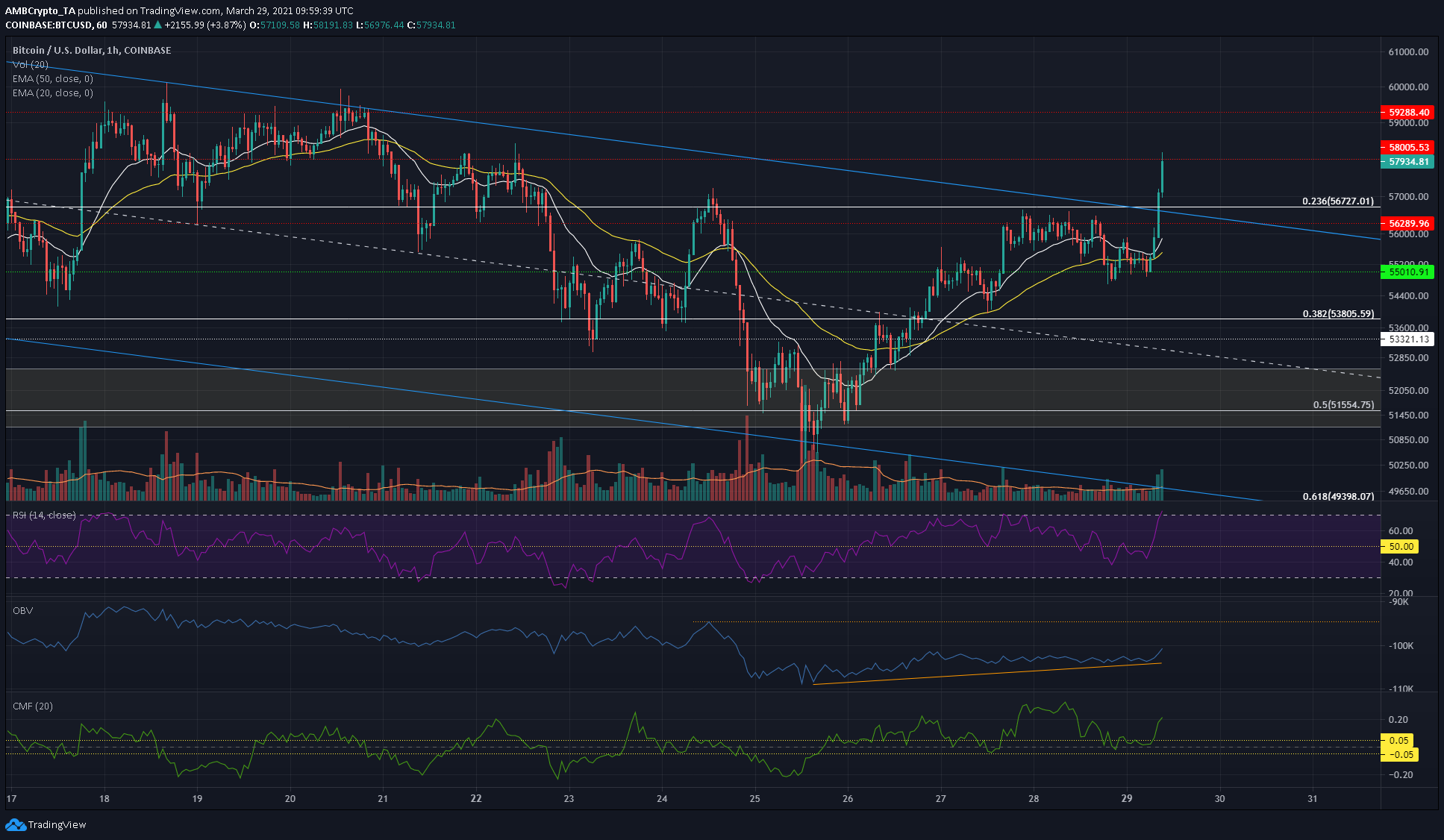 On the 1-hour chart, Bitcoin had just soared past a Fibonacci retracement level at $56,727 and a level of resistance at $56,289 within the past two hours. Marked in blue was a short-term descending channel that Bitcoin has formed, going back to mid-March when Bitcoin began its slide from above $61,000, and this boundary was broken past as well.

This breakout from the channel gives a technical target of the channel’s peak at $61,700 for the bulls to achieve in the coming days.

The technical indicators painted a scenario of rising bullishness behind BTC, and climbing past the aforementioned region of supply would likely see BTC climb back toward $60,000 in the coming days.

The RSI was oscillating about the neutral 50 and, following the breakout, soared toward overbought territory.

The 20 EMA (white) crossed over above the 50 EMA (yellow) to indicate a shift in momentum to bullish when BTC climbed past the $53,800 mark.

The Chaikin Money Flow was also on the verge of climbing above +0.05 to show net capital flow into the markets, a sign of growing pressure from buyers. The OBV was in a short-term uptrend but still had room overhead to undo the selling volume from the past week.