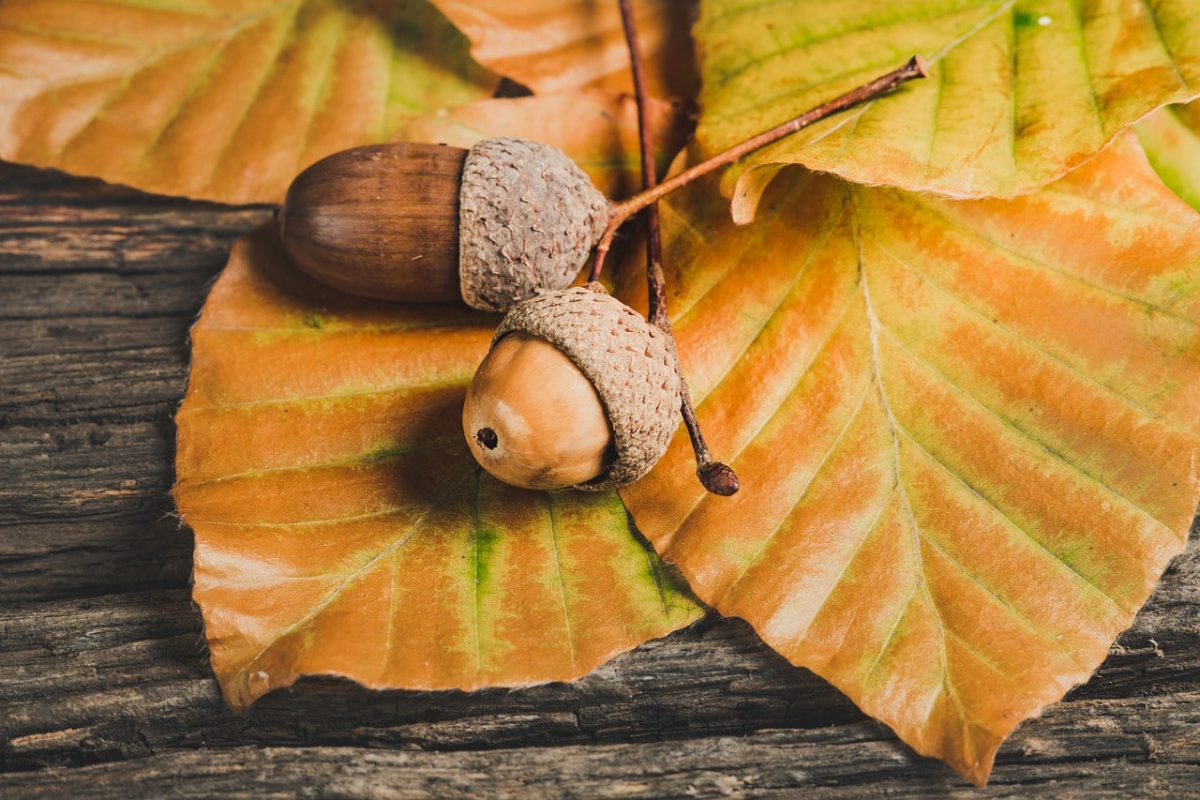 Stellar Lumens climbed back above the $0.38 level and was likely headed to test the $0.43 supply level in the coming days. Hedera Hashgraph broke out of a phase of consolidation and could climb past $0.45 shortly. Ethereum Classic faced resistance at $12.5. 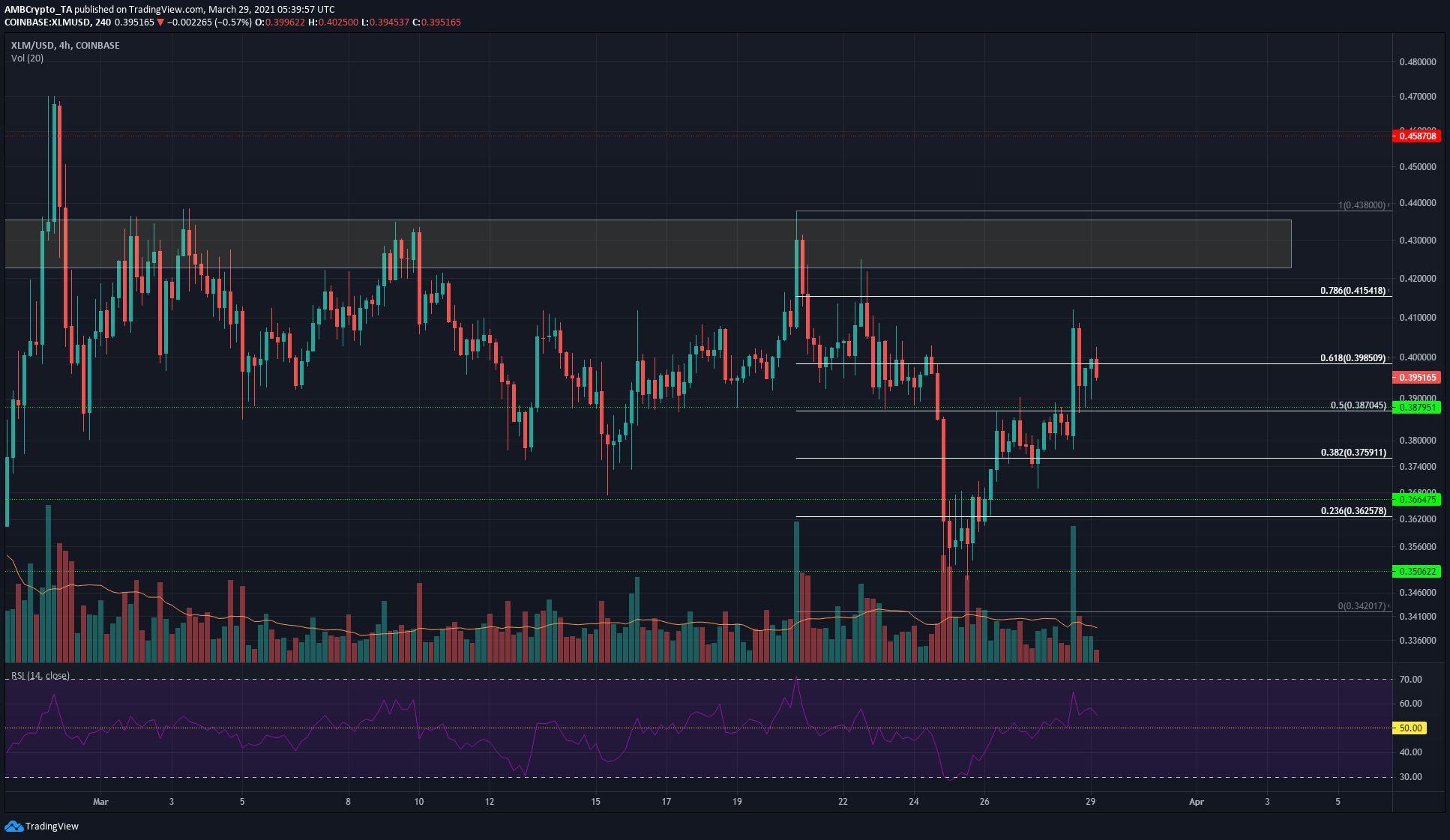 Using the Fibonacci retracement levels plotted for a short-term drop for XLM from $0.438 to $0.342, it can be seen that XLM has recovered well from the drop in the past couple of days. A significant volume trading session saw XLM driven upward from near $0.38 to touch $0.41, and this session also saw the price rise past the 50% retracement level.

The price also retested the same as a level of support. The RSI rose above neutral 50 on the 4-hour chart, and it is likely that XLM will recover toward the $0.43 area of supply in the coming days. 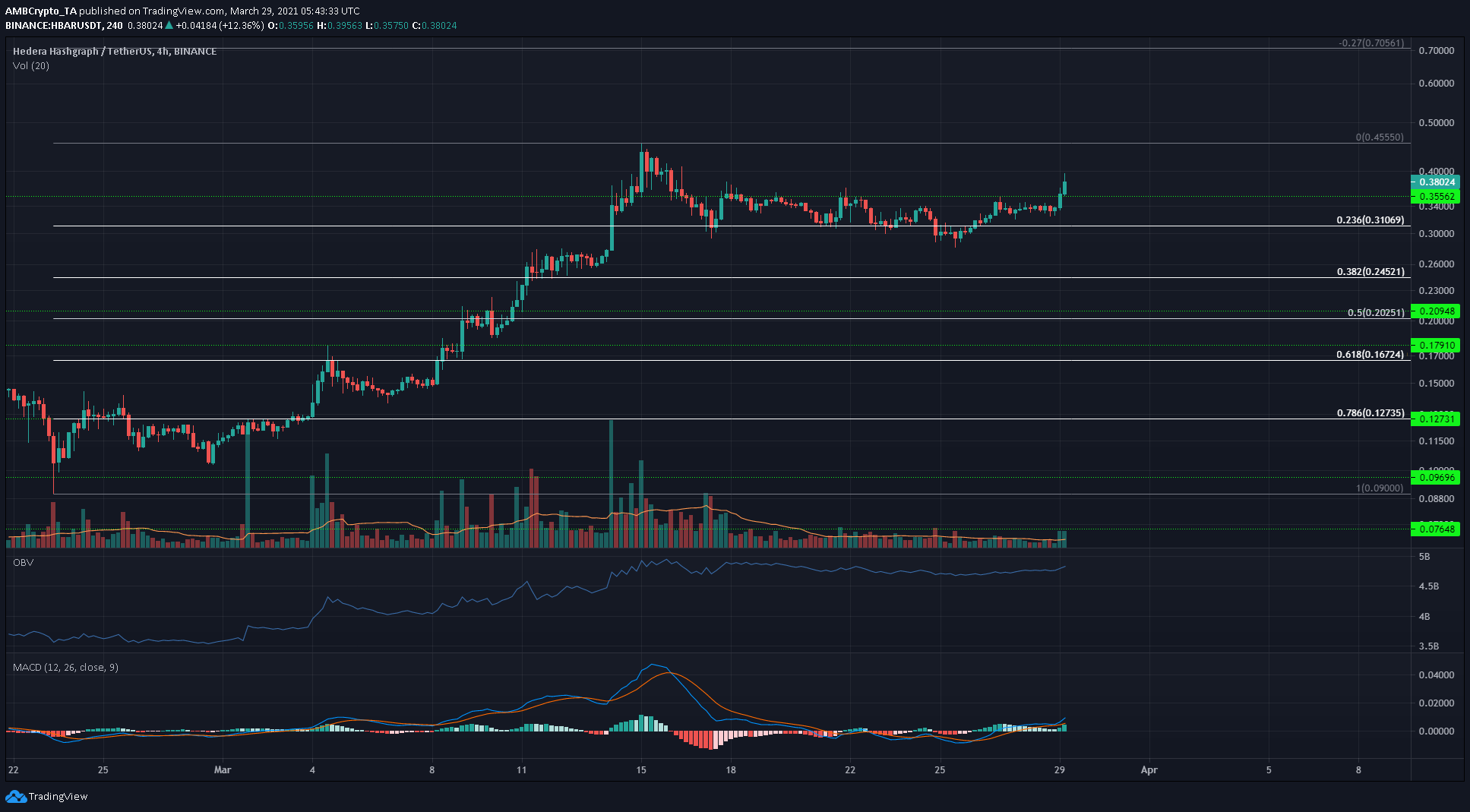 The charts told a strongly bullish tale for HBAR in both the short and medium-term. The OBV was in a constant uptrend throughout March, and the past couple of weeks saw some consolidation for HBAR between the $0.31 and $0.35 levels of support.

The past few hours saw HBAR climb past the $0.355 level and could retest it to confirm it as support shortly. There was above-average trading volume and the MACD also formed a bullish crossover, signalling bullish momentum. 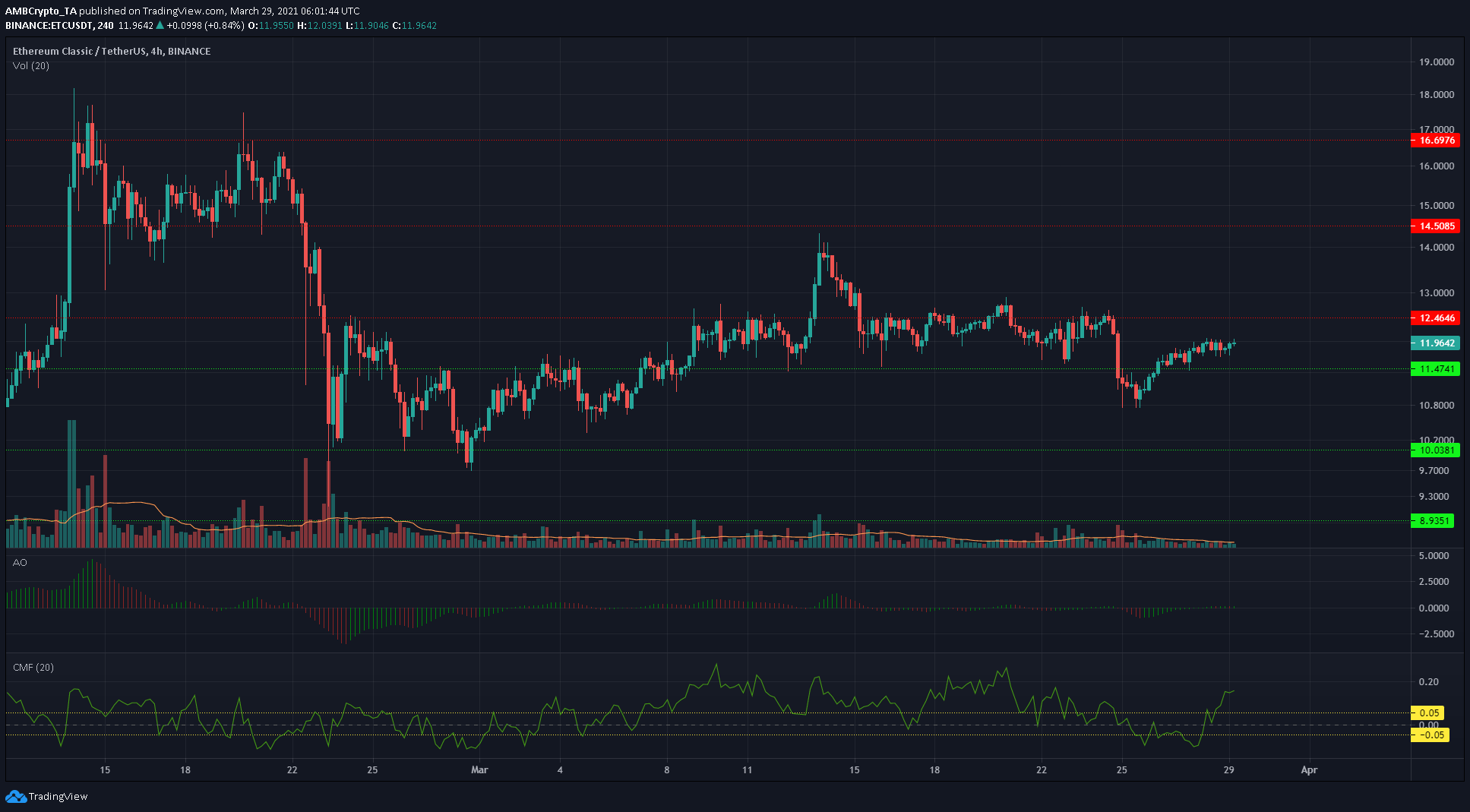 Ethereum Classic had a notable level of resistance at the $12.4-$12.5 area. After multiple attempts at cracking this level, bulls were pushed down to $10.8 in the past few days, and since then the price has recovered but on low trading volume.

The Awesome Oscillator was also hovering around the zero lines, and crossed over into bullish territory 24 hours ago but has not signalled any significant momentum upward since.

The Chaikin Money Flow remained above +0.05 to denote buyer dominance in the market- but the $12.5 level is the most important level to watch out for.