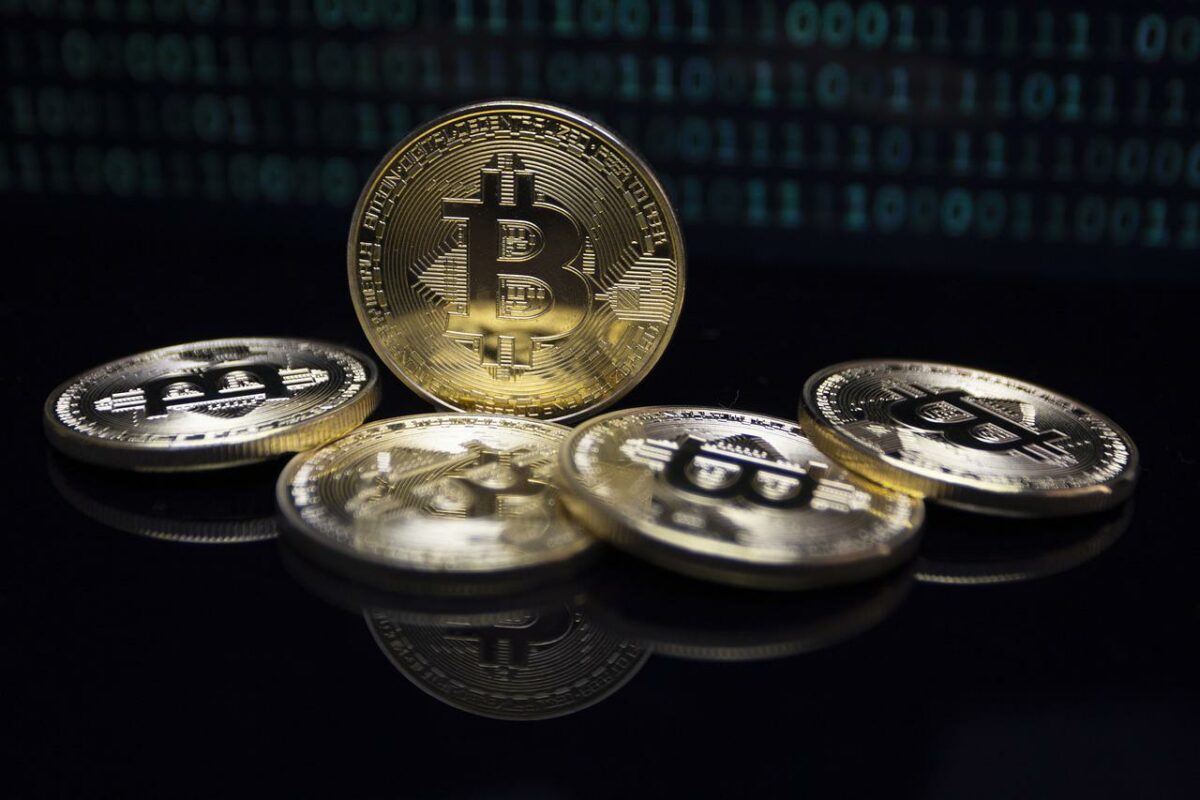 Bitcoin’s price trajectory has taken a full-blown hit. Recently, Bitcoin broke down from its support of $33,610 which was a multi-month higher low dating back to mid-2021. Thus, leaving a sense of unrest among investors and HODLers.

However, when considering the moving average of the last 200 days, Bitcoin has dipped only 10% since the first halving as per a tweet by Ecoinometrics. Moreover, the current position of the king coin is at tough crossroads.

Will people have faith in the king?

The MVRV ratio of BTC stood at 1.25 at the time of writing. BTC, at the moment, is neither in the overvalued zone (above 3.7) nor in the undervalued area (below one ). 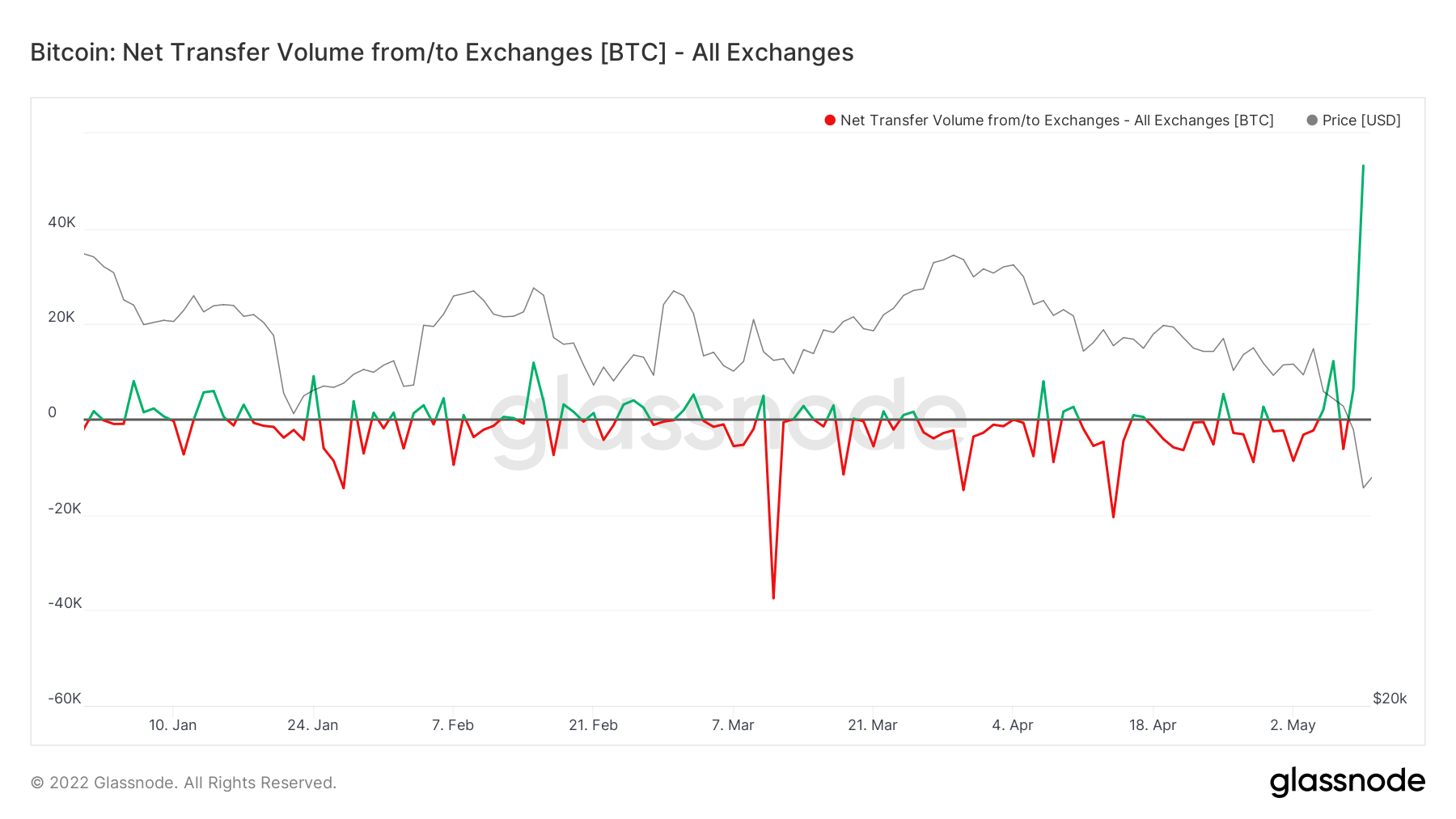 The token was changing wallets at $31,295, at the time of this analysis. The Awesome Oscillator (AO) stood below the zero line for the fifth day in a row, whereas the Relative Strength Index (RSI) slipped below the 30-mark. Thus, hinting at the bearish momentum which was evidently with the sellers.

A reversal in the pipeline?

As of 5 May, the number of active addresses reached approximately 1.17 million, which then went down to 1.05 million as of 9 May. This simply means that investors were actively buying and selling with ‘fear’ at the fore.

Furthermore, as per data from Glassnode, the NVT ratio for 9 May stood at 3.73 as compared to the 8.2 on 7 May. Definitely, not very good reading for the investors. 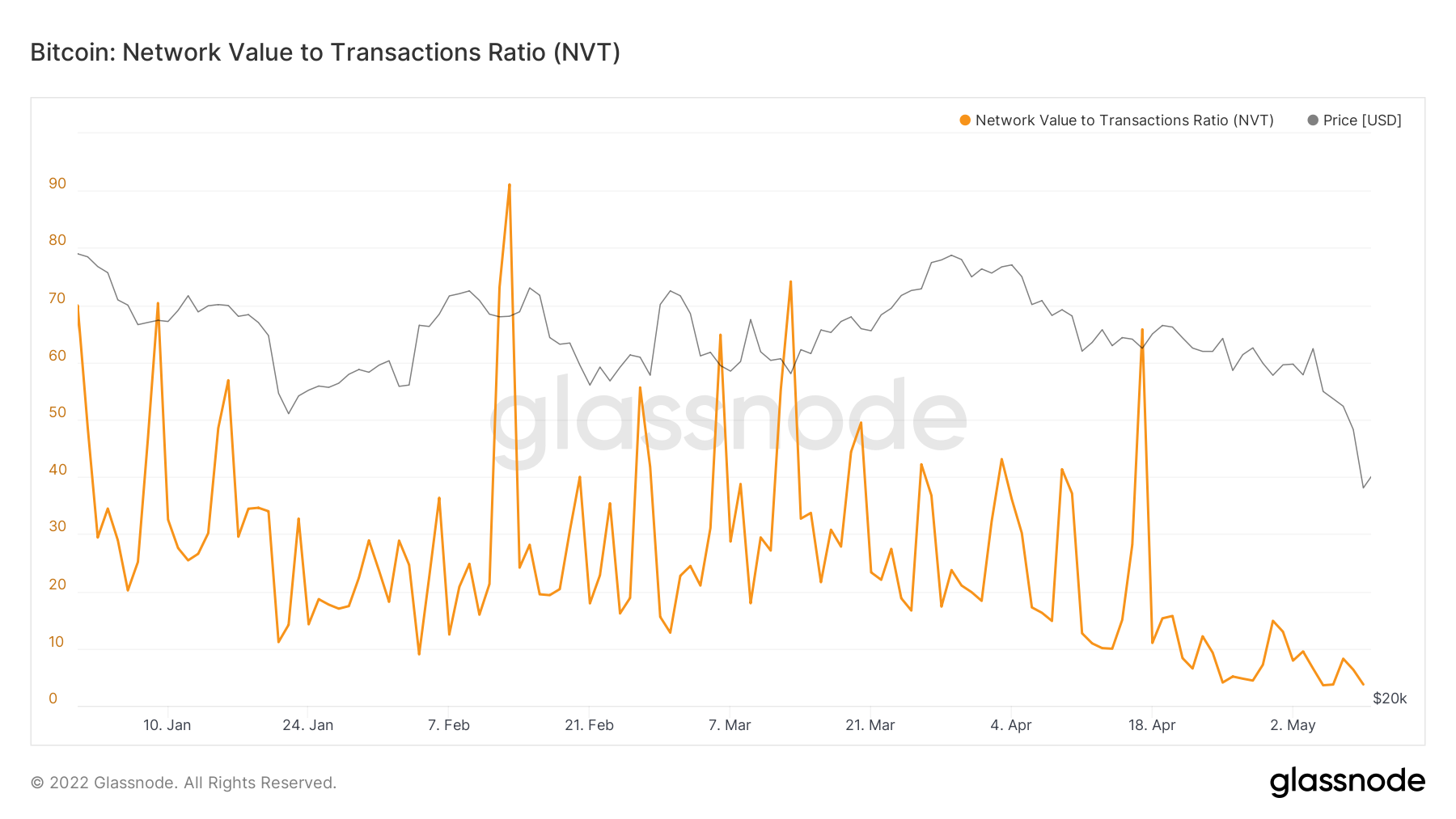 Looking at the sentiment of the investors besides the current price trajectory, it can be stated that the king coin might have to see another swing low soon.

Meanwhile, while most of the retail investors chose the exit their position, El Salvador added another $15.5 million worth of Bitcoin to its balance sheet.