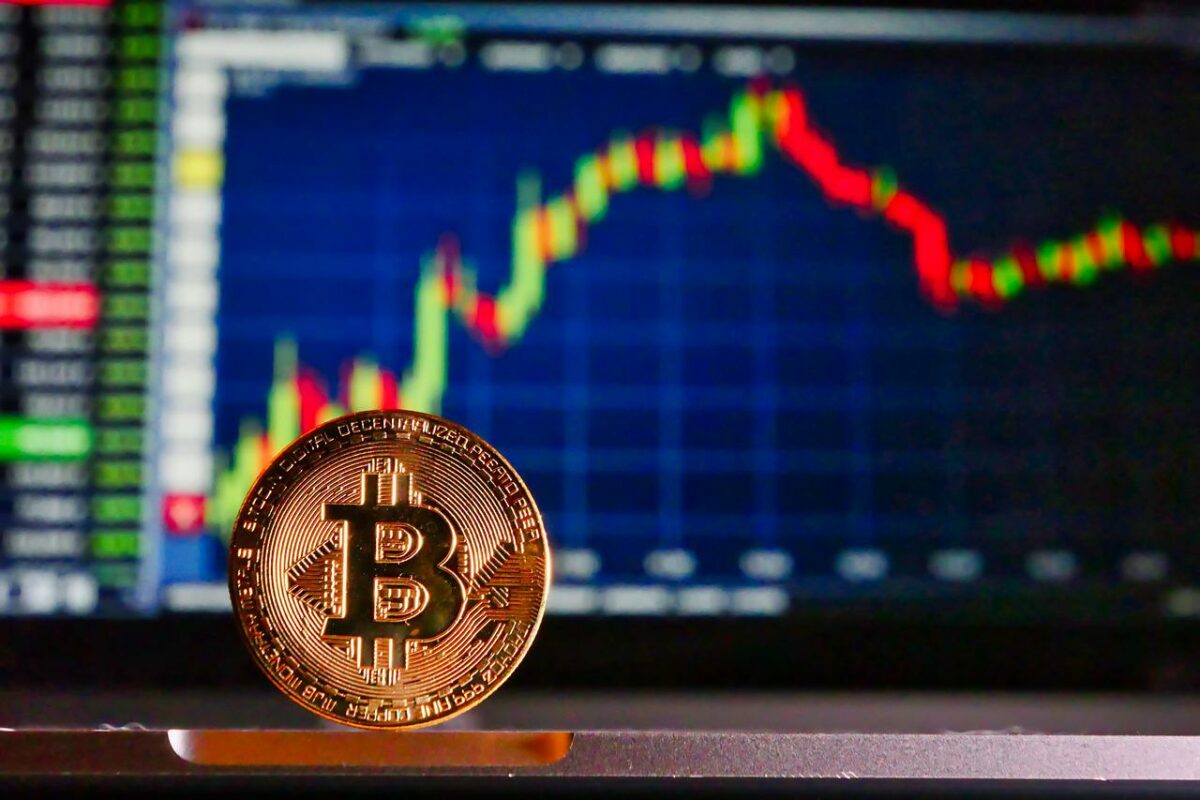 The last six months haven’t been the best for Bitcoin, with the king coin’s performance keeping most altcoins subdued as well. With minimal hikes every now and then, followed by dips that invalidate them, Bitcoin has been leading the entire market down a spiral. The last 30 days perfectly illustrate the same.

Bitcoin – Did not make it, only broke it

As the only month of the year to mark a drawdown on the charts consistently, April saw the top coin fall by 20.78%. Such a depreciation pulled the price back down from a local top of $47,459 to $37,926. Despite BTC recovering somewhat at press time, however, the prevailing market trend continues to hold.

Alas, as much as Bitcoin has suffered, there are other coins that have had it worse. The market-wide correction severely hit the likes of Cardano, Polkadot, Avalanche, Polygon, Cosmos, Chainlink, and many other altcoins. In fact, many of these cryptos noted declines exceeding 30%.

This month also marked the second-longest period that the crypto market has been in a state of extreme fear this year. The previous such instance was last seen in January.

Hopes of the coin recovering and keeping within its ascending channel are now waning as after failing to flip the 23.6% Fib level into support, the price fell down towards the critical support of $37,613 (ref. Bitcoin price action).

Initially, investors were optimistic that the price peak seen in late-March might help Bitcoin continue its ascent. At the time of writing, however, optimism is pretty much non-existent.

In fact, investors across the chain have suffered absolute losses touching a level of $808 million. 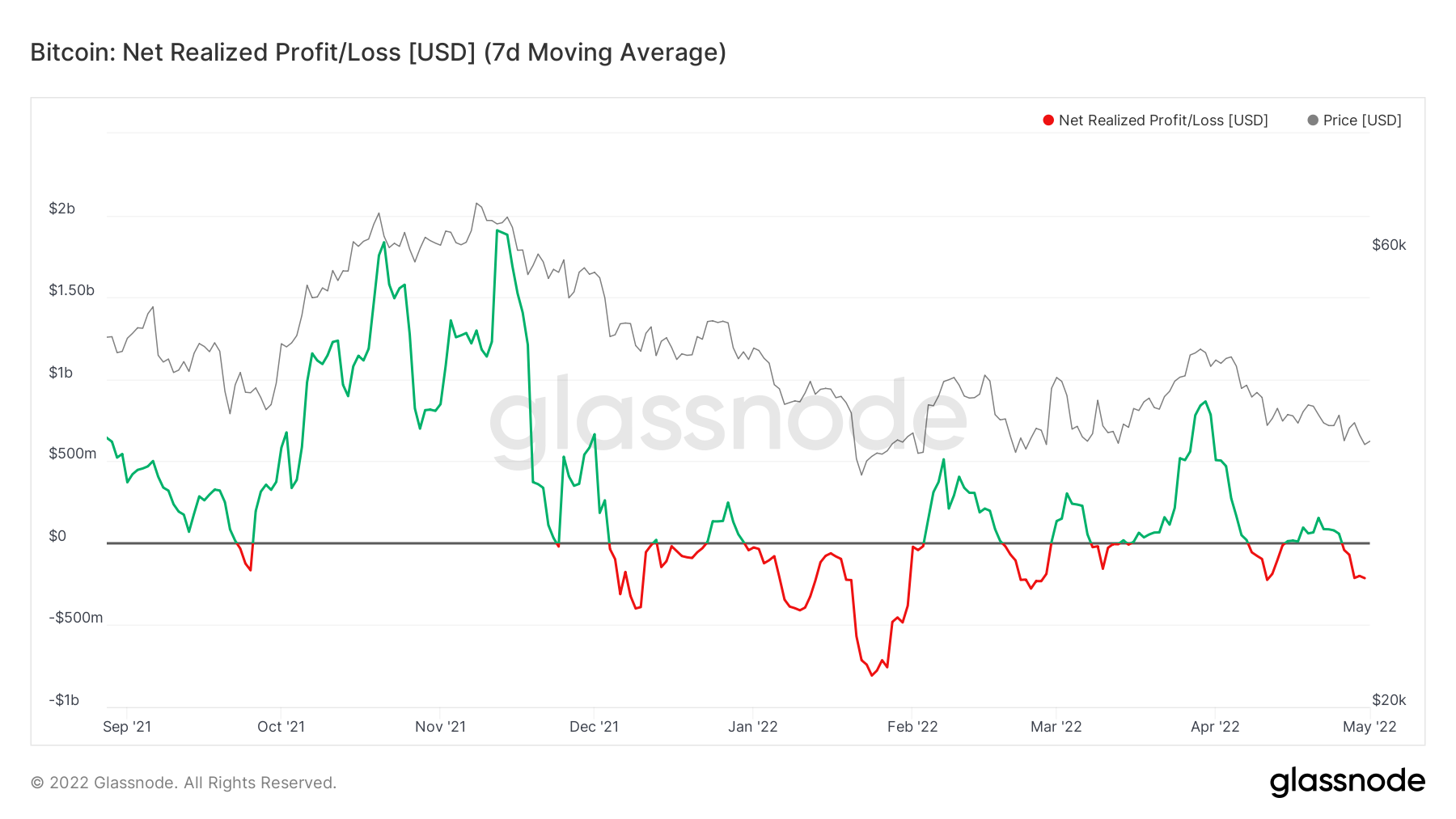 Even so, the chain reaction of January’s bearishness reached its epitome over the last 24 hours. Especially after Bitcoin’s supply registered its maximum losses in two years.

At press time, over 40% of all existing Bitcoins were in loss. Such levels were last seen in April 2020, right when Bitcoin began its bull run. 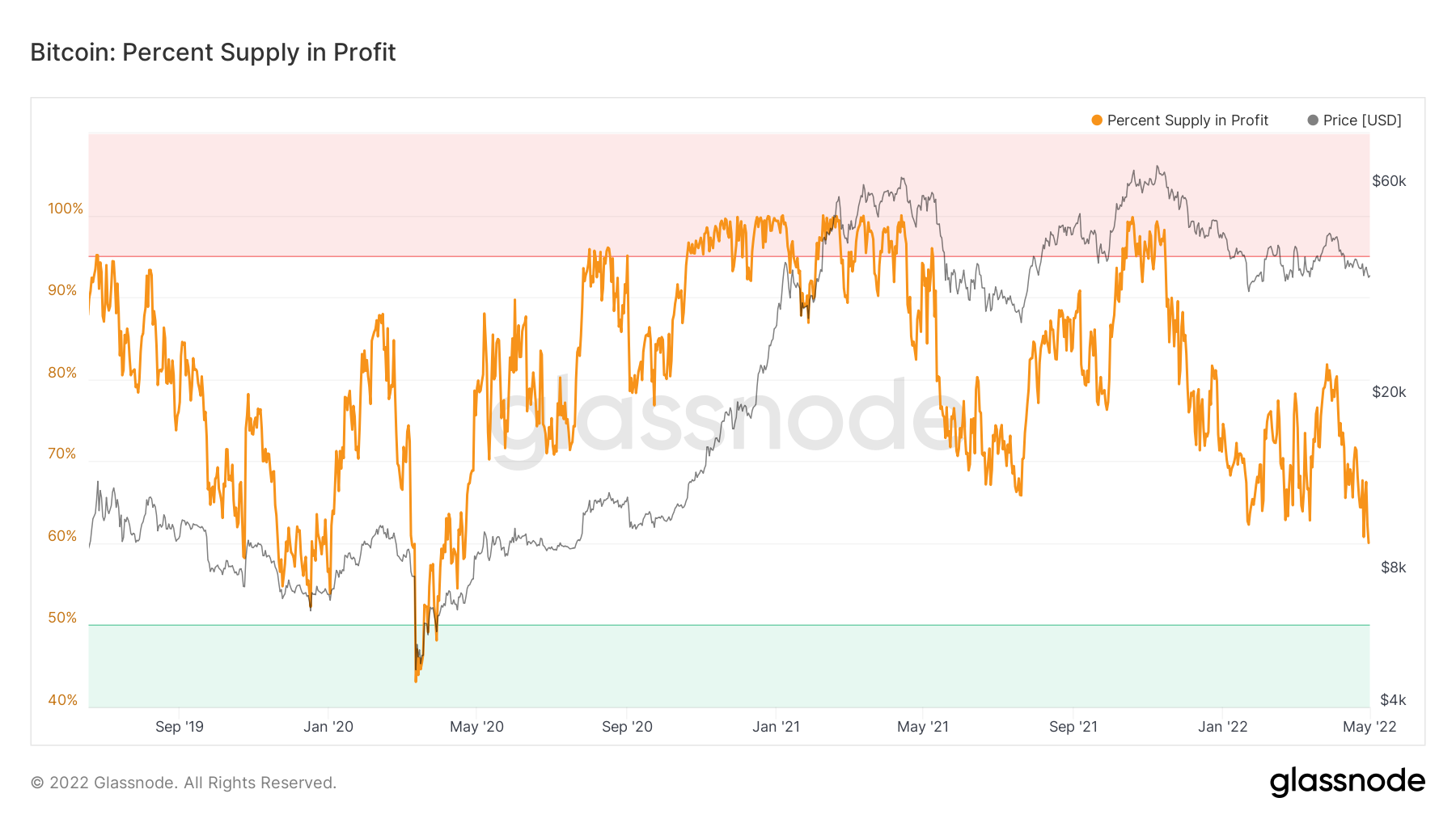 During the last bull run, Bitcoin rose by 891.94% and hit an ATH of $64.8k. The scale of this rally has remained unchallenged since.

Now, as much as you might want this month to be an indication of a bull run, sadly, that won’t be the case. And, neither does it need any explanation as to why it won’t happen since an 891% hike would push Bitcoin to $372,140.

Bitcoin rallying by 891% is not possible | Source: TradingView – AMBCrypto

Related Topics:Bitcoin investorsCardanopolkadotPolygon
Up Next

Wikimedia Foundation pulls the plug on crypto-donations after ‘feedback’