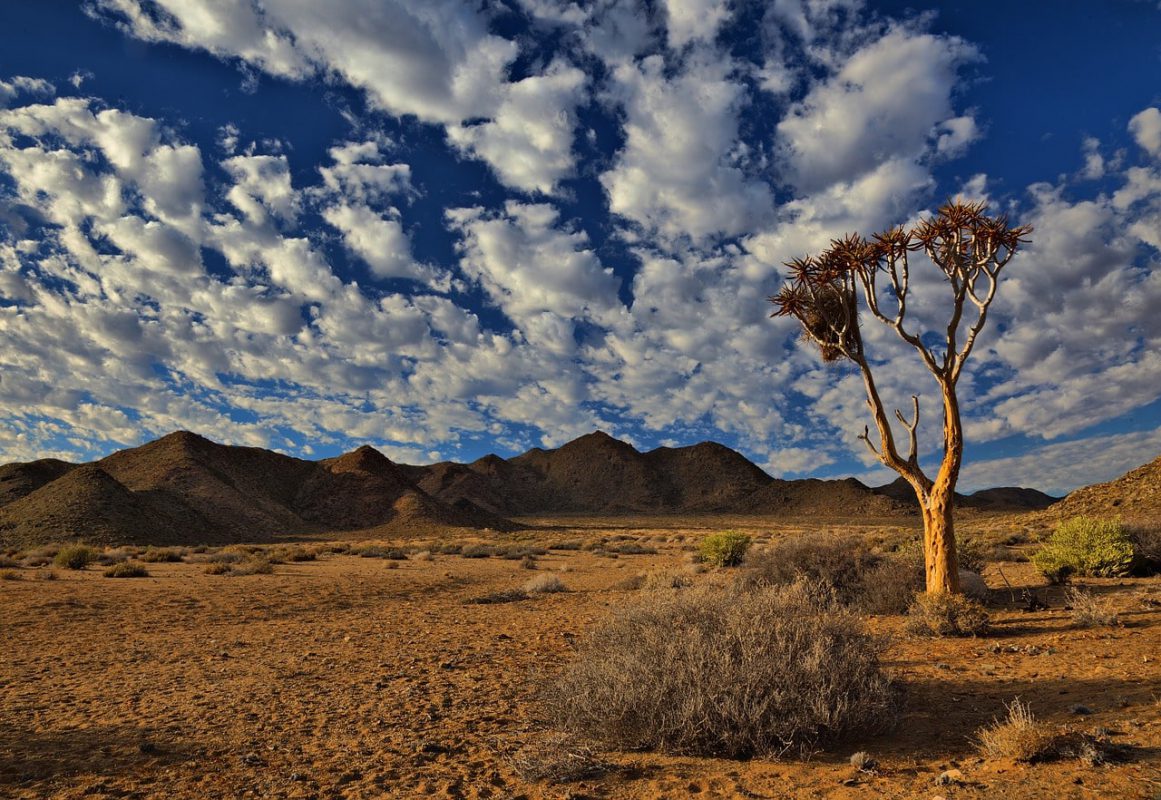 Bitcoin SV saw a steep rise to $267 but fell from those heights just as quickly. Monero saw sellers step in to force prices beneath $250, but the skirmish was yet undecided and XMR has not yet dropped below $245. Waves formed a megaphone pattern that could see it rise to $14.32. 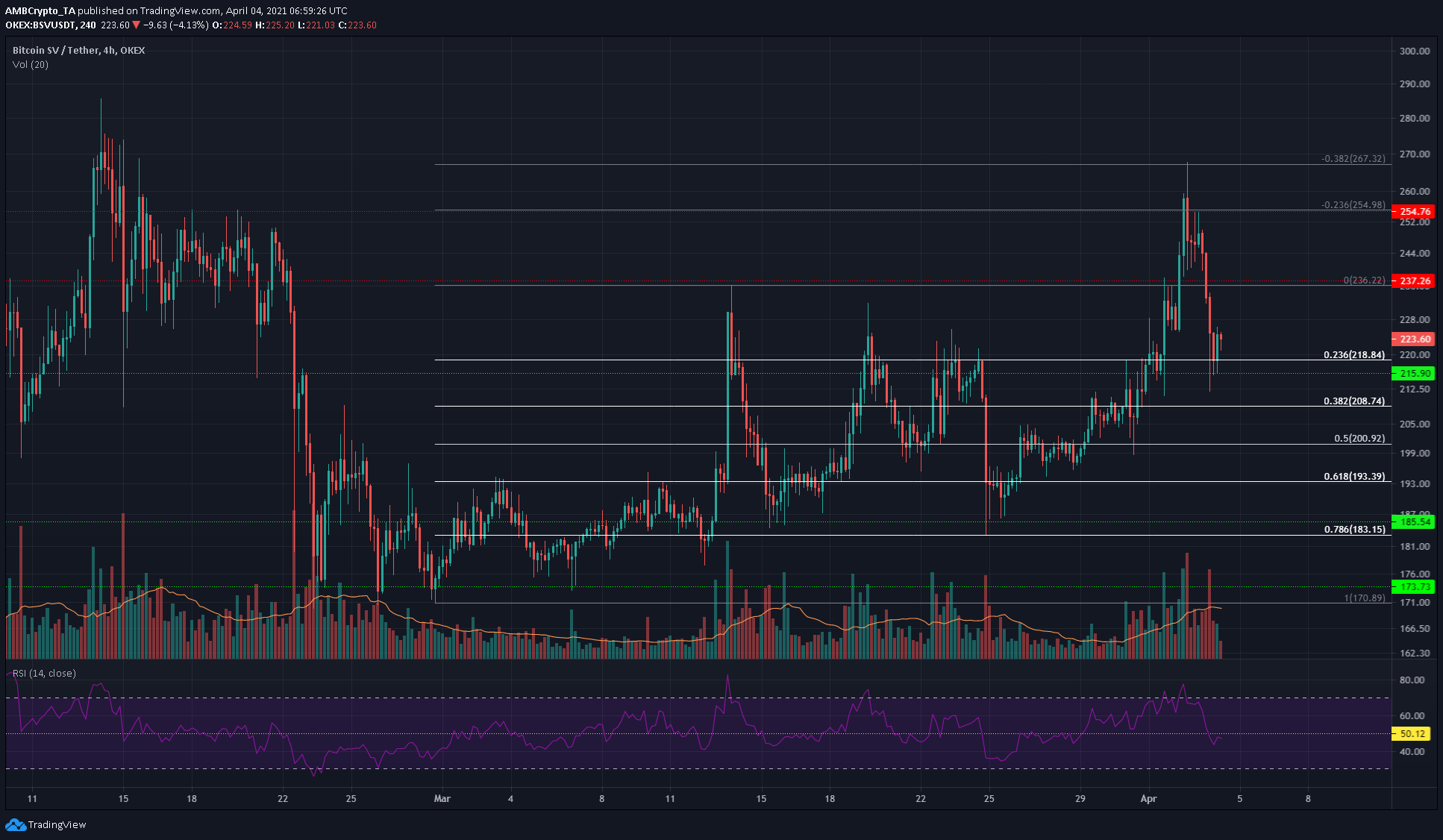 The RSI dived from overbought to below neutral 50 as BSV bounced to trade at $223 at the time of writing. The movement of Bitcoin will have a strong influence on BSV. If BTC can defend the $56,700 mark over the next 24 hours, and move toward $60,000 once more then it is likely BSV will follow. 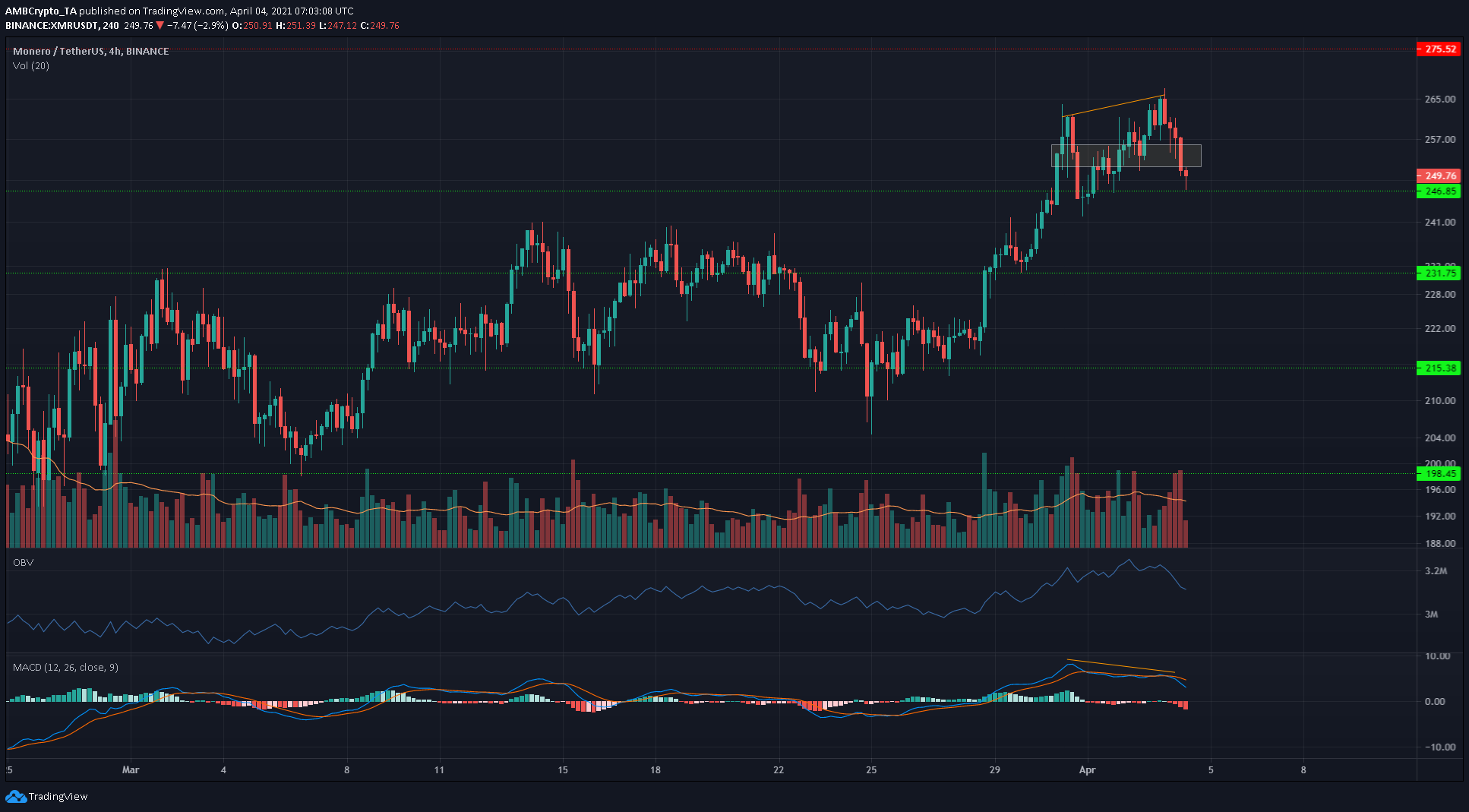 Monero saw a bearish divergence between the price and the MACD, and this saw XMR pull back to the region of demand at $251-$255. However, selling pressure intensified and the price broke beneath the demand region and reached $247, which has acted as support in the past.

The momentum is with the bears in the short term, but if bulls can absorb the selling pressure to keep prices above $245, a quick recovery could be seen in the coming days. The OBV notes that recent selling volume was significant but not enough to undo the buying volume of the rally from $215. 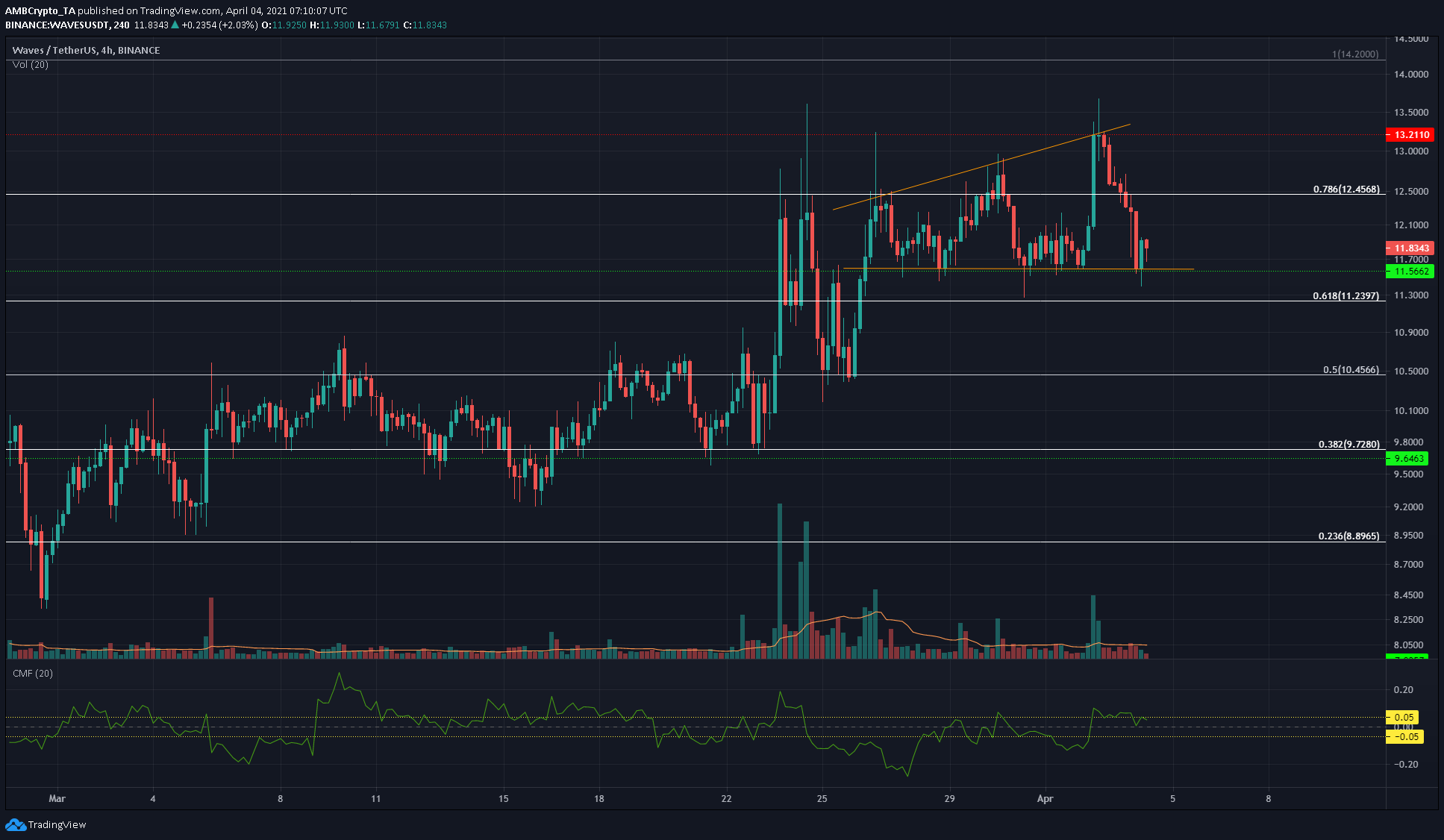 WAVES formed a right-angled, broadening ascending pattern on the charts. This pattern generally sees the price break out upward, and in this context presents a technical target of $14.32. However, it could see a throwback as well that could see WAVES visit $11.23.

A trading session close below $11.23 would show that further losses were likely for WAVES. At the time of writing, the Chaikin Money Flow moved back into a neutral area, showing that buyers and sellers were in equilibrium in the market.