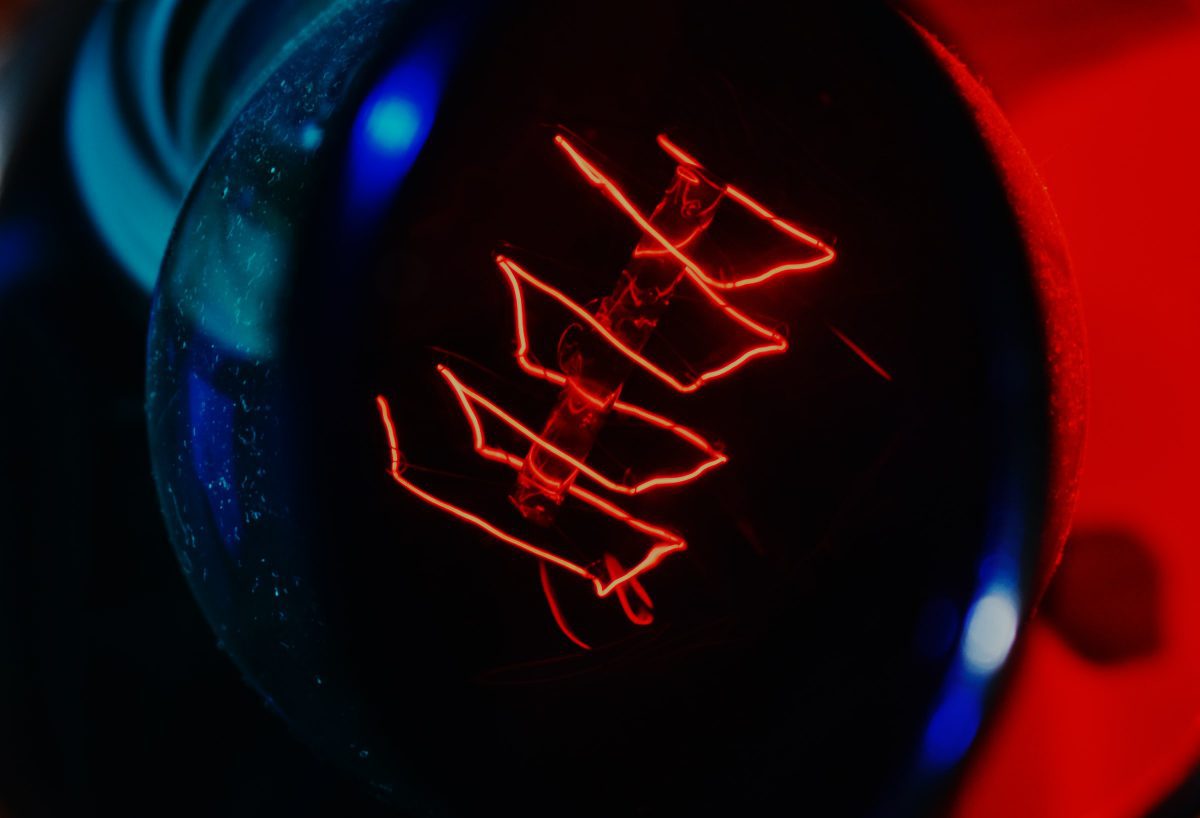 With the alt rally kicking in, the top 25 altcoins are rallying towards local ATH or discovery beyond their new ATH. At the same time DeFi tokens like Cosmos (ATOM), Uniswap (UNI), Compound (COMP), Aave (AAVE), Sushiswap (SUSHI) are rallying and offering over 5% daily returns. The 24-hour trade volume on top spot exchanges has increased consistently since ETH hit a new ATH and these DeFi tokens are rallying towards local tops. The jumpstart offered by ETH has led to a general bullish sentiment and optimism on spot exchanges. This optimism led to an increase in demand for altcoins and the concentration by large HODLers is increasing.

Among top DeFi tokens currently in the buy zone, gearing up for a price rally is Maker. MKR’s exchange inflow hit a 1-month high, late on April 3, 2021. The increase in inflow signals an increase in liquidity and volatility. As of now MKR is in the buy zone due to the lack of demand on spot exchanges. 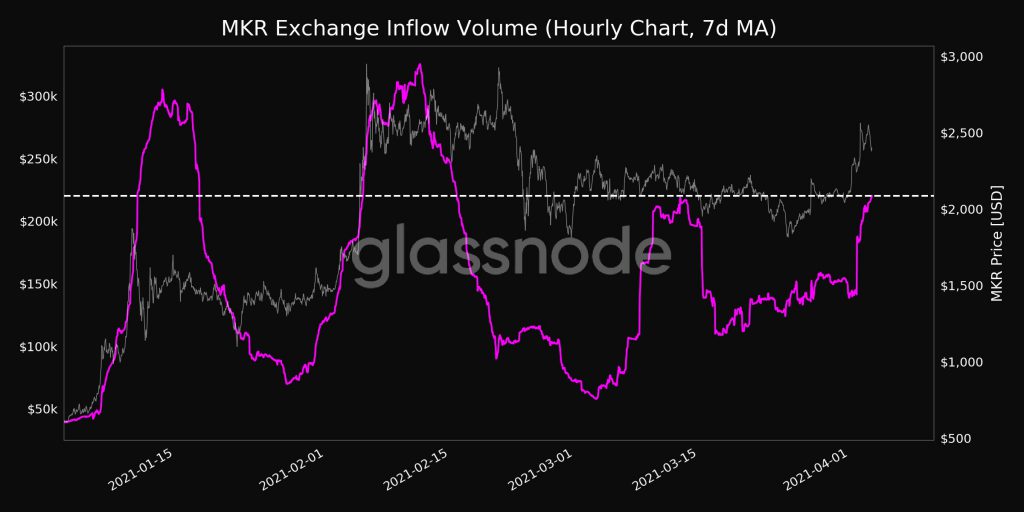 The above chart shows the exchange inflow volume vs the asset’s price. Based on the chart, the price is likely to go up based on the historical trend. MKR is changing hands, and it is expected that in line with the bullish sentiment there won’t be a sell-off or correction until the momentum drops on spot exchanges.

Based on the price chart from coinmarketcap.com UNI has remained largely rangebound between $27 and $32 for the past week. Currently the trade volume for the asset is up by nearly 80%, with 82% HODLers making profits at $29.86. Over $1.5 Billion worth of large transactions have occurred on the UNI network in the past week, and similar to MKR, the sentiment is bullish. 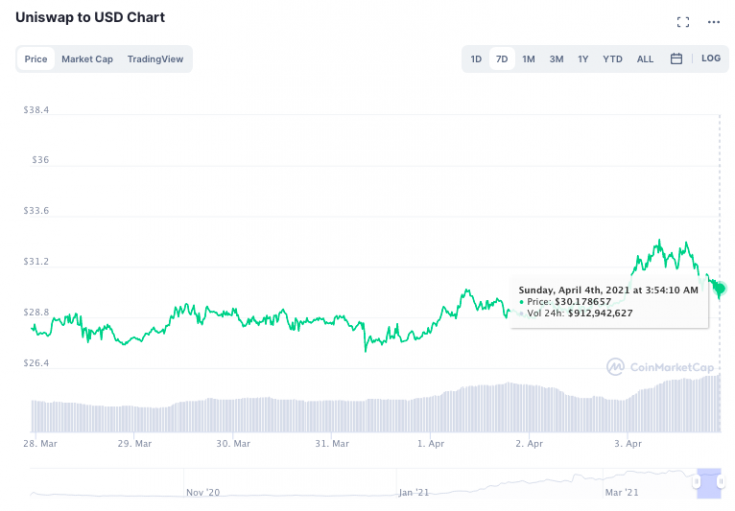 The on-chain analysis from coinmarketcap.com signals that the sentiment among traders is currently bullish. For UNI, the concentration by large HODLers has hit a high of 91% at the current price level. It is anticipated that based on these metrics the price action may be bullish for UNI in the following week. Another sign of DeFi tokens taking over the altcoin rally is that BTC locked in DeFi has recovered from its 30-day low. DeFi tokens are rallying and may soon takeover the altcoin rally though most DeFi tokens are currently in the buy zone.