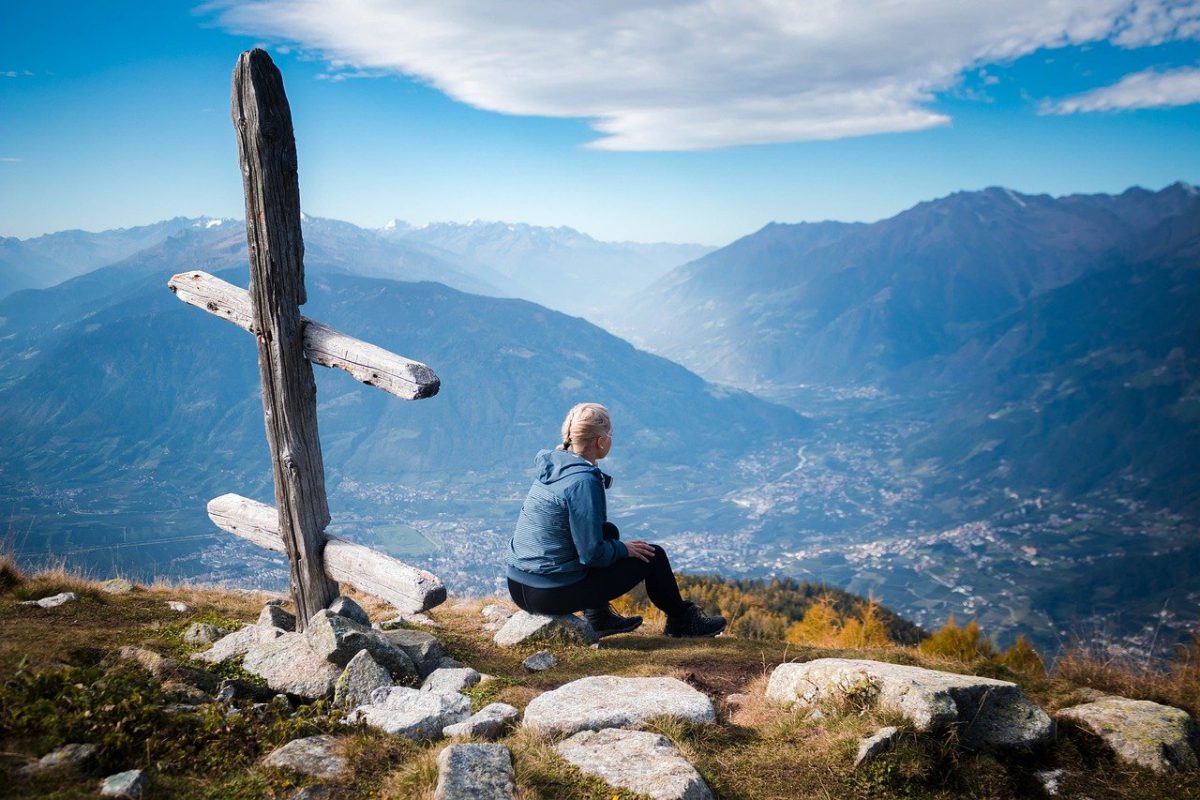 Bitcoin SV tested the $194.5 level as resistance and attempted to climb above. Uniswap was forced beneath the $25.5 level and showed that bearish momentum could have taken hold in the short-term while Dogecoin was quite volatile over the past few days and formed a bullish pattern. 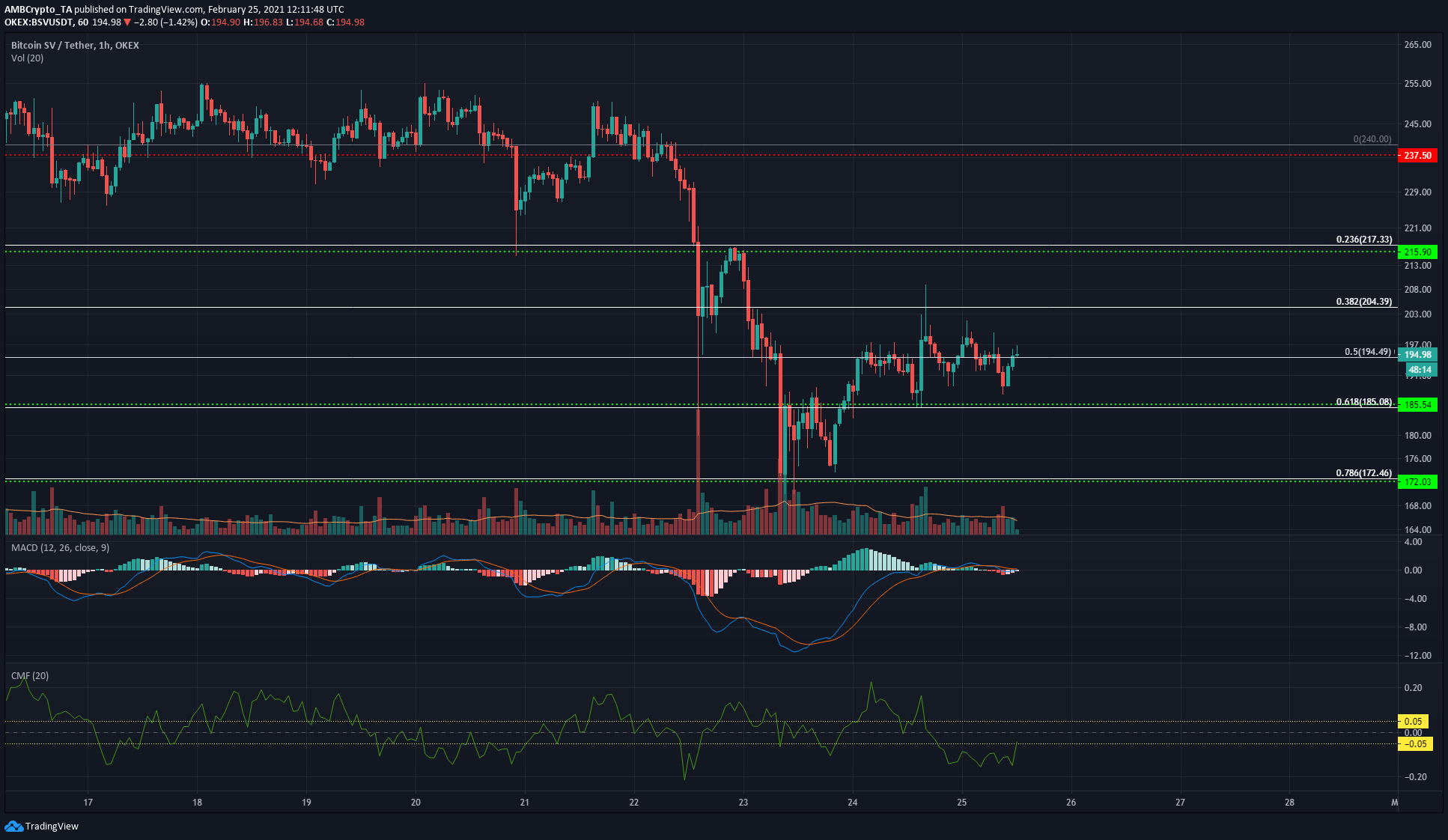 The trading session preceding the one at the time of writing tested and attempted to rise past the 50% retracement level at $194.5. The Chaikin Money Flow was rising, and the MACD showed neutral momentum. This could change if bulls steered the price above $194 to $197 and retested the $194.5 level as support.

This would indicate that bulls were slowly finding the strength to push the price to the $204 mark. However, the $197 region has rejected the bulls’ attempts multiple times in the past couple of days, and another rejection can not yet be ruled out. 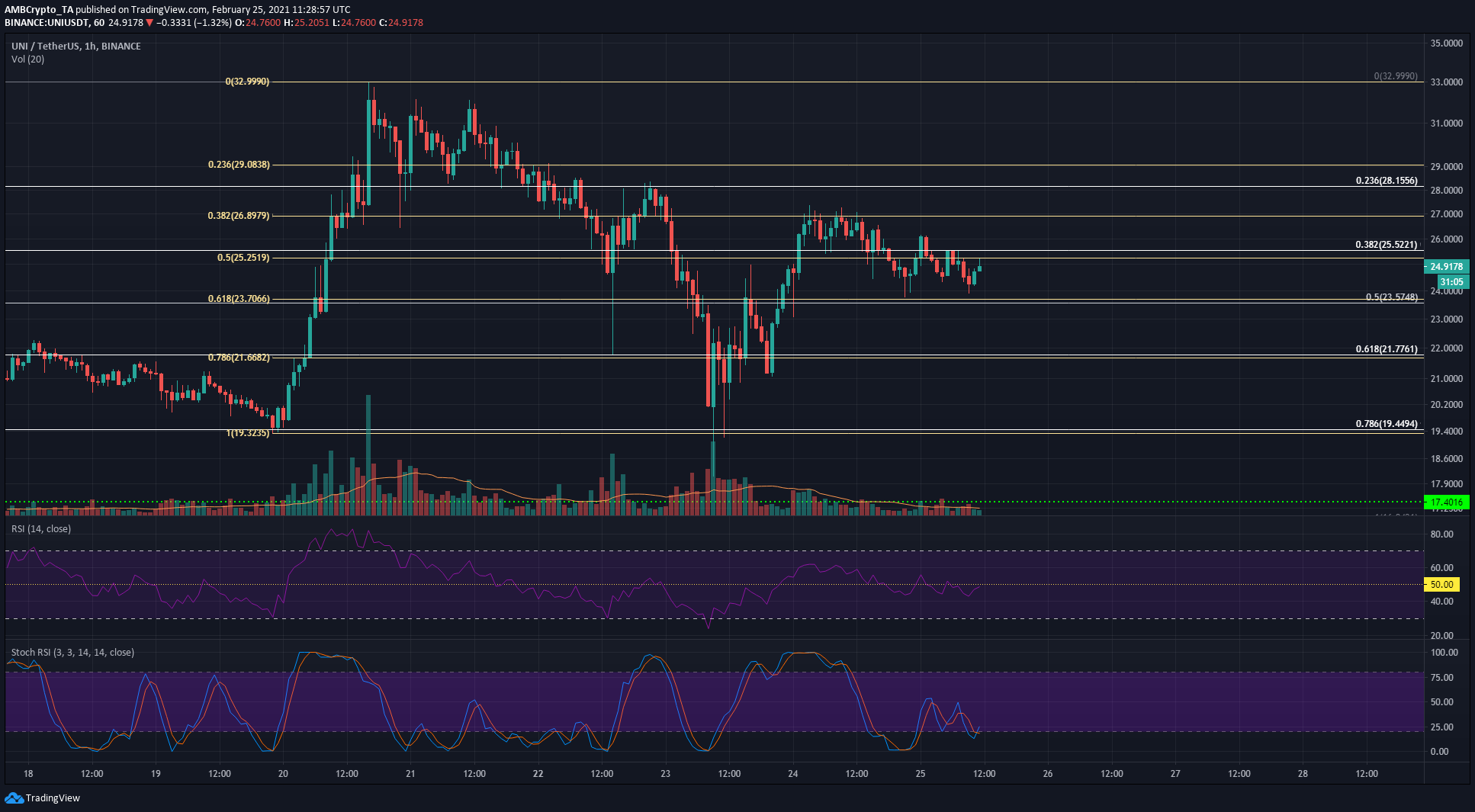 The RSI sank below neutral 50 and retested multiple times as resistance as UNI gradually sank beneath the $25.5 mark. The confluence between the retracement levels drawn for UNI’s move to $32.99 from two different points gave some added weight to the $25.25-$25.5 region as a region of resistance.

This confluence also indicated that the next support for UNI lies at $23.57. The Stochastic RSI attempted to climb back above oversold territory.

If UNI is unable to close above the $25.5 region over the next few hours, the $23.57 level can be looked at as a buying opportunity based on the reaction of the price over the next couple of days. 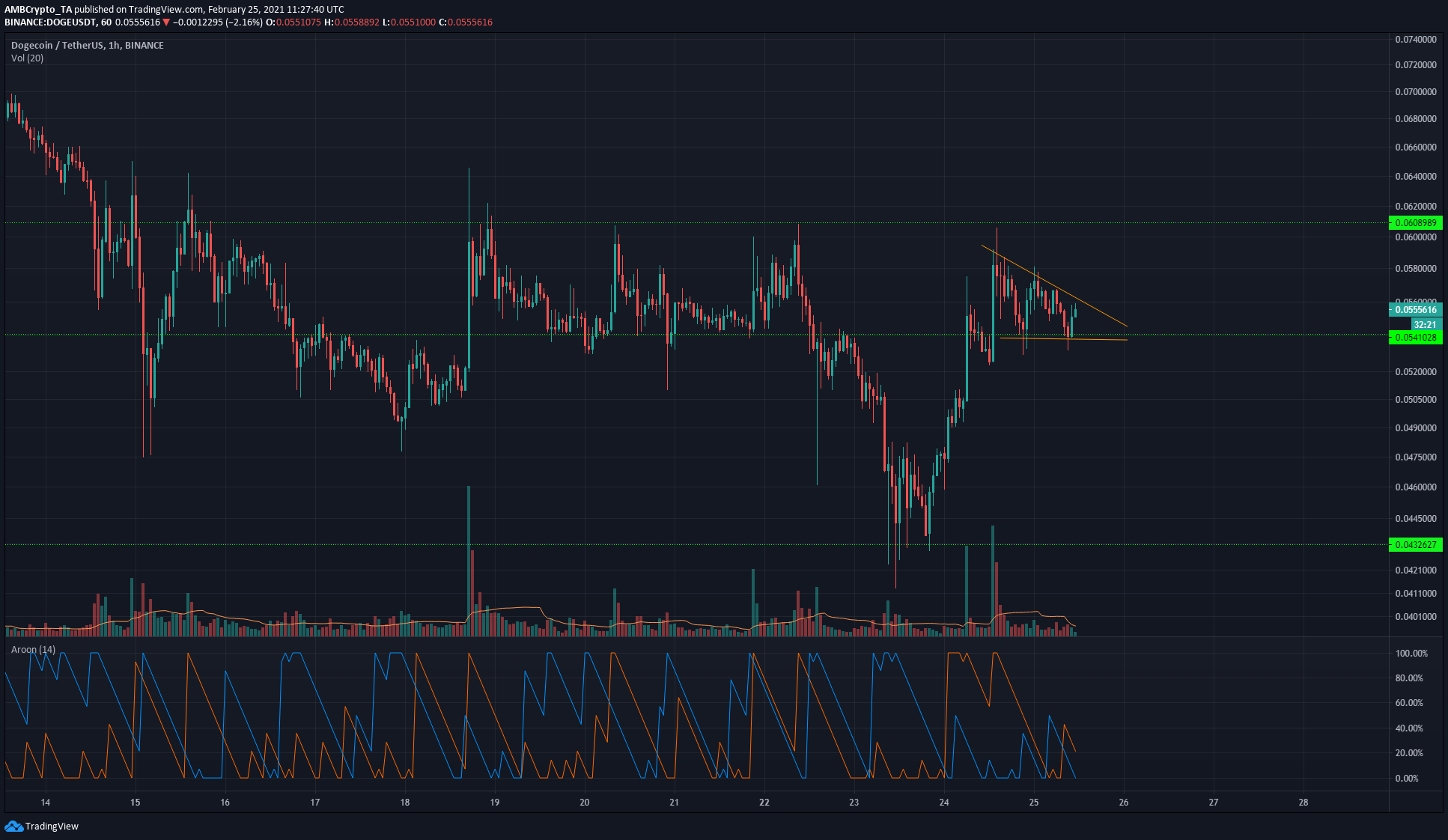 The price formed a descending triangle pattern, and an upside breakout from this pattern on high trading volume will likely see DOGE move to $0.059. The Aroon indicator showed that the past couple of days saw some strong volatility as the short-term losses were very quickly replaced by a strong recovery move off $0.0432.

Ethereum, Polkadot and Cardano can all co-exist says Hoskinson