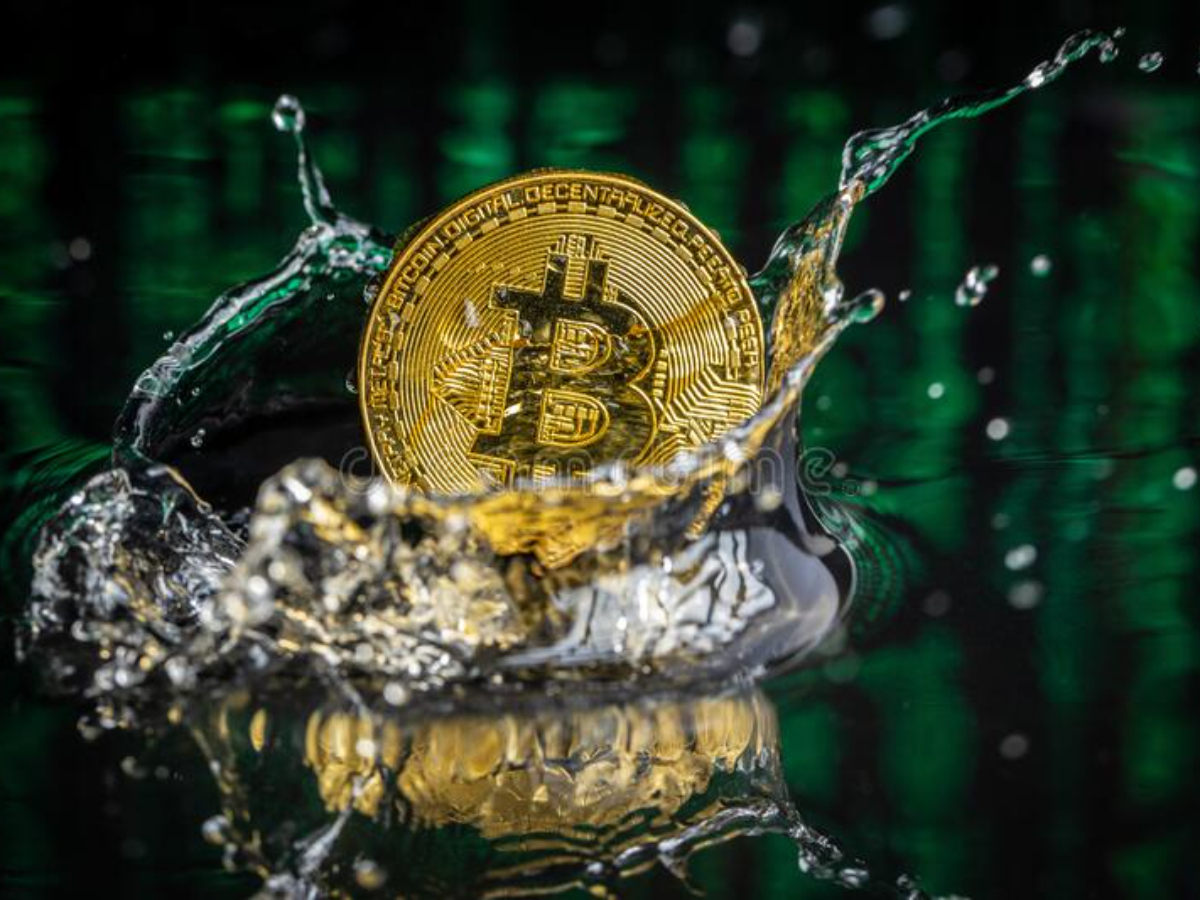 Bitcoin, as the biggest cryptocurrency on the planet, isn’t usually easily affected by every other development in the crypto-space. However, when a development associated with Bitcoin takes place, it does affect the whole market for sure.

This month witnessed a major macro development for Bitcoin too, one which might precipitate huge changes in the market.

What happened to Bitcoin?

While there have been several factors at play here, one of the biggest reasons behind October’s success is the fact that the last week of September marked a successful bounce from the bull market support band.

The bull market support band (BMSB) plays a crucial role in determining the future. Especially when you take previous bull run performances into account. A bounce off the BMSB has historically resulted in a good northbound run for the king coin. 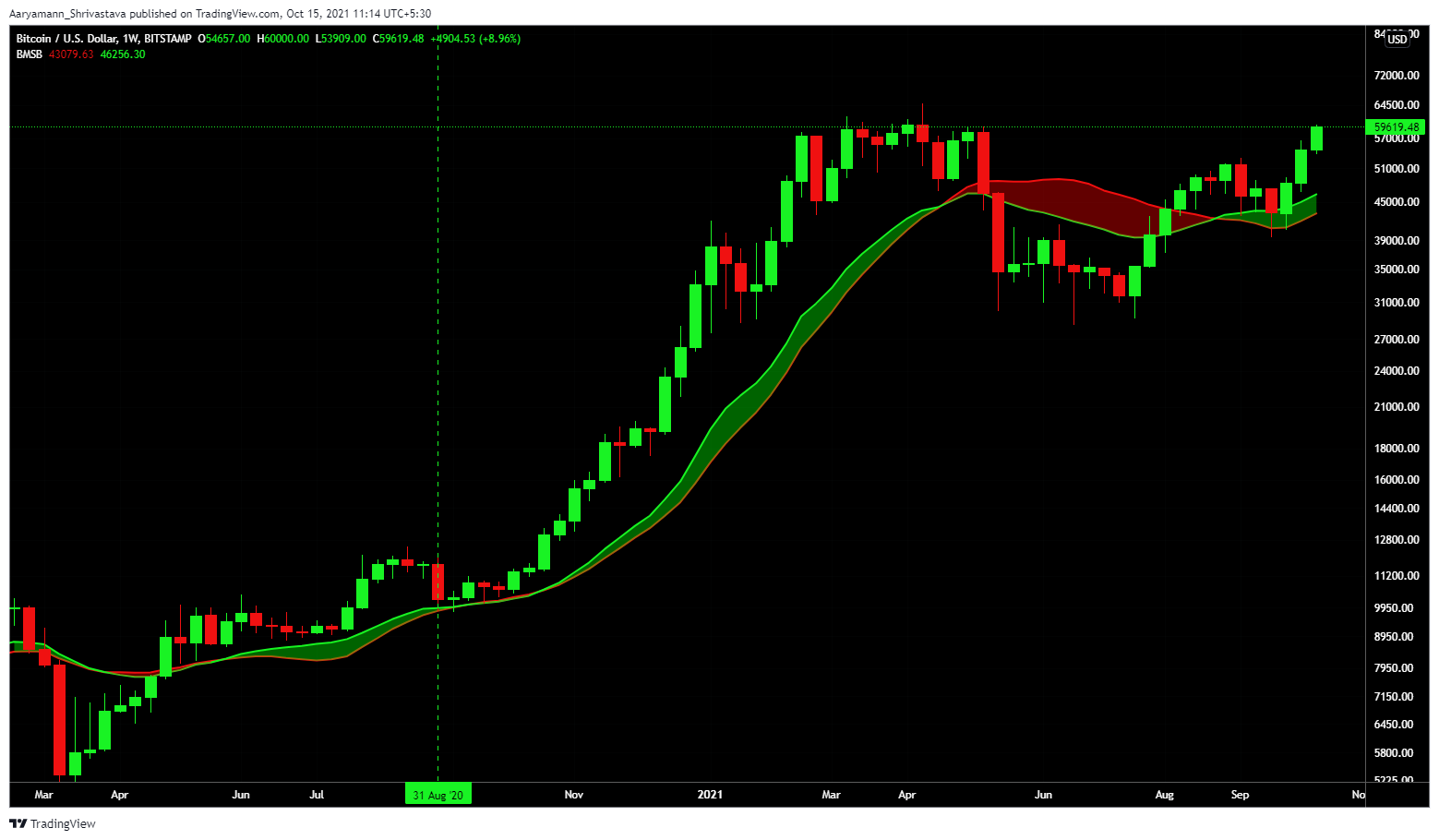 As expected, at the time, altcoins followed suit and performed strongly as well. This, in return, had a good effect on the total market cap of the market.

Similarly, this October’s BMSB bounce has already triggered a 22% hike in market cap this month. 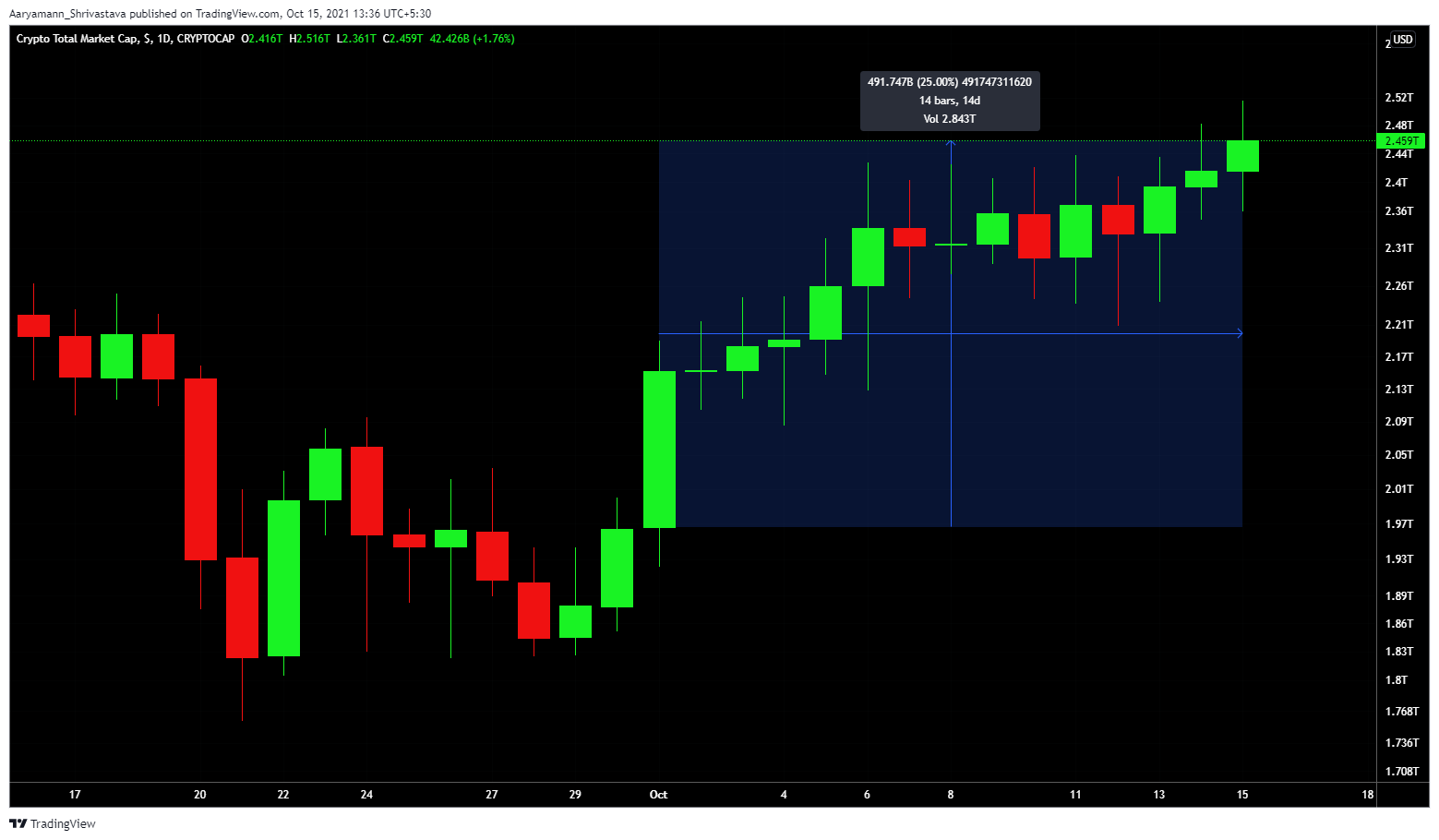 Going forward, as long as BTC can maintain this bounce-off, the wider market is likely to rise consistently. Despite September being comparatively bearish, the crypto did not fall under the band. Ergo, in the future, a red month is likely to see BTC hold a position above the band as well.

What’s more, events like these have a cascading effect on participation and investment as well. August 2020’s bounce-off and Bitcoin’s growing popularity over the year have already led to a phenomenal surge in participation.

Since October 2020, 20 million wallets have increased. The same figure took 2 years before 2020 and in the future, this time period could very well be significantly shorter.

Is there anything other than price movement?

In addition to the price movement, institutions have a great role in furthering crypto’s reach. Companies like Grayscale, MicroStrategy, and Tesla have really pushed Bitcoin and altcoins into the mainstream.

People’s faith in such companies or certain individuals representing these companies like Michael Saylor and Elon Musk has also brought about a surge in investments.

High participation and widespread acceptance are the backbones of any kind of successful initiative. In fact, Bitcoin is expected to take only 4 years to reach the level of acceptance that the Internet is at today. The Internet, for its part, took 7.5 years. 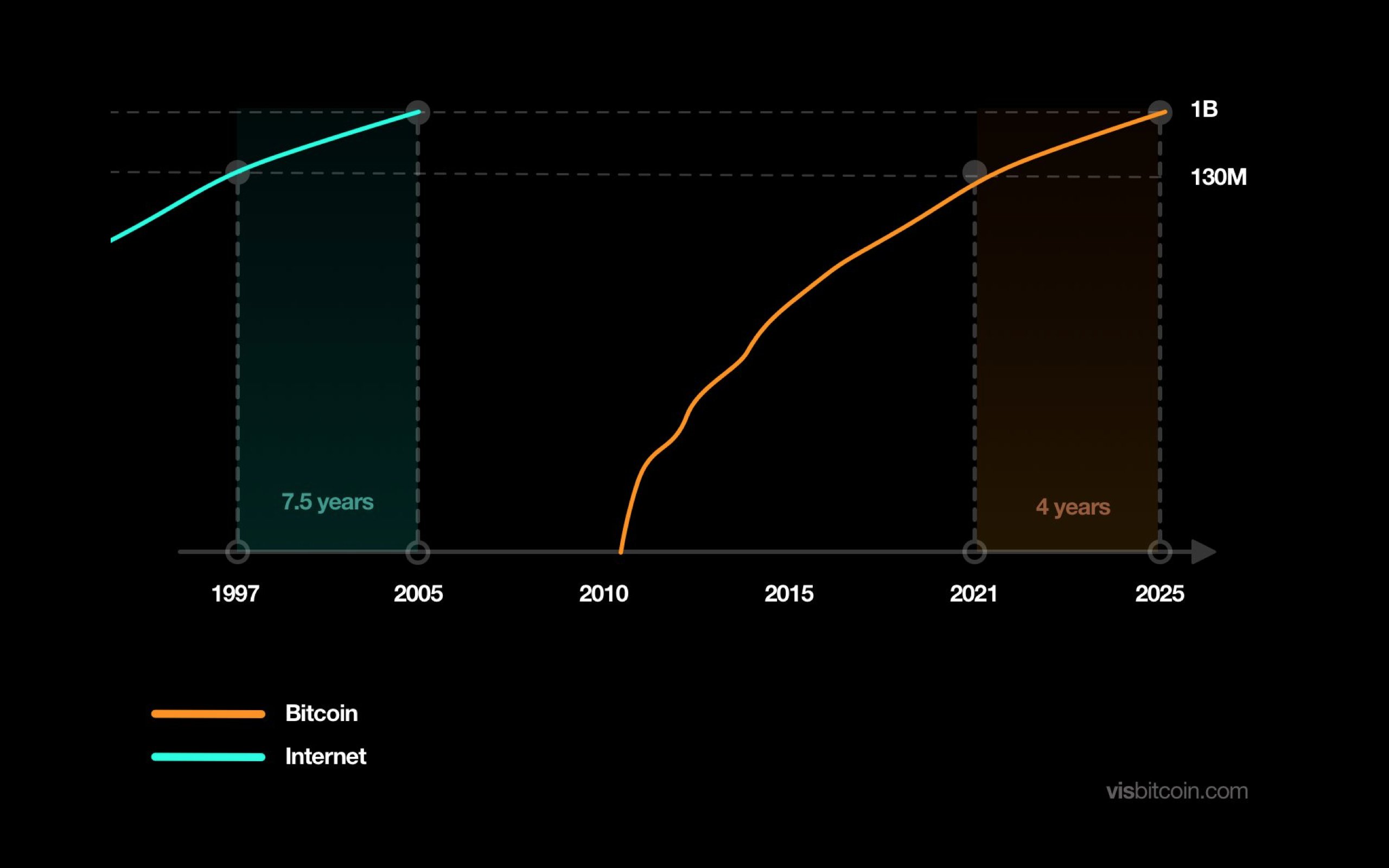 Events like these play a major role in the success of any project. The aforementioned bounce-off, especially, could trigger more growth for Bitcoin, investors, and the market alike soon.

Assessing the odds of Gensler, SEC targeting DOGE, SHIB next