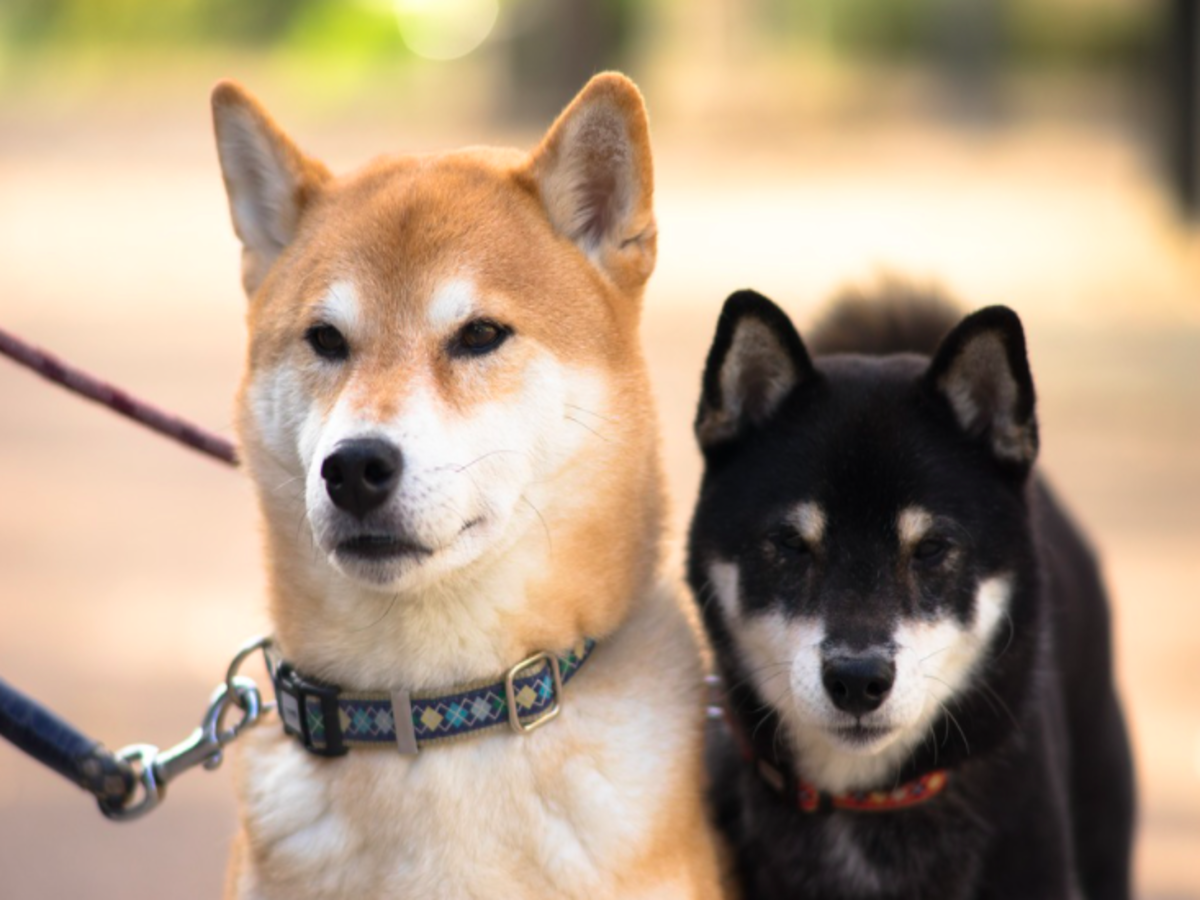 In one of our recent commentary issues, we analyzed why sticking it to Coinbase and Ripple wasn’t really the best move on the SEC’s part. In this month’s issue, however, we’ll be assessing which class might end up being the next target of the same regulatory agency.

In April this year, when the Senate confirmed Gary Gensler as the Chairman of the Securities and Exchange Commission, most people from the U.S. crypto-community seemed to be quite relieved. It’s a well-established fact that investors from the States have been plagued by clouds of regulatory uncertainty for long periods now.

After exhibiting a keen interest in the crypto-space, referring to blockchain technology as a “catalyst for change” and teaching about the same at MIT, Gensler was expected to deliver as soon as he was handed over the baton. However, the SEC chief has predominantly remained ambivalent. Less than a month back, for instance, he ended up equating stablecoins to poker chips.

Even though his broader perception mostly seems to be anti-crypto, his crafty persona and schematic plans, in conjunction, have managed to fill in the otherwise regulatory void.

In fact, Gensler recently ruled out the probability of the U.S. implementing a crackdown on crypto, similar to that of China. Effectively, the space has been provided with a certain degree of decisiveness. At the end of the day, some certainty is better than uncertainty, right?

Too much on the chief’s plate

By and large, the SEC has been given the responsibility of overseeing the corporate sector, capital market participants, securities, and investment markets. The comparatively novel crypto-space, in retrospect, is just an infinitesimal part of the agency’s broader regulatory ambit.

Being the head of the SEC, Gensler is obviously expected to bifurcate his attention. So now, as far as Wall Street is concerned, the chief has quite ambitious plans. In fact, the SEC has been laying out one of the most solid agendas in its history.

However, the 49-odd proposals lying on the table have already invited opposition from public companies, exchanges, and brokers, among others. Even so, Gensler continues to remain undeterred. In fact, he has started laying out renewed regulatory plans for other financial sub-sectors as well.

What’s more, the Chief recently went on to assert that he is confident that the SEC could move ahead on “many issues” at once. After emphasizing that everything is at the “top” of the list, Gensler underlined that he had no priorities as such. He said,

“Don’t ask me about my three daughters and which one I spend more time with.”

To a fair extent, the Chief has honored his word. Leaving aside the Wall Street developments, a major crypto-related stride was made of late.

People in the States had been waiting for a Bitcoin ETF to be approved for ages. Quite surprisingly, the SEC gave a green flag to Volt Equity’s Crypto-Stock ETF less than a fortnight back. Even though this was not exactly what the crypto-industry had been waiting for, the approval was well-received with pomp and excitement.

After Gensler’s recent comments on how he isn’t opposed to the idea of a Futures-based Bitcoin ETF like that of Valkyrie or BlockFi, analysts now believe that actual BTC ETFs would also get a nod sooner rather than later.

That, of course, is great news. So, what next? Would the SEC and Gensler continue dedicating more time to the crypto-space?

Likely, yes. Consider this – In one of his recent testimonies, the Chief listed out five areas the SEC intends to work on:

Reading between the lines, it can be claimed that the SEC, under Gensler, aspires to legitimize the crypto-ecosystem by lending it further credibility.

Strictly sticking to recent developments and Gensler’s assertions, one can infer that the crypto-space wil end up becoming even more streamlined in the future. The progress, however, needs to be taken with a pinch of salt because people in power, more often than not, end up changing their stance by sugarcoating it with sheer diplomacy.

Well, people usually take a dig at bureaucrats for their ‘bossy’ and ‘commanding’ nature. Quite recently, Senator John Kennedy questioned Gensler about why he acts like a “daddy” of the people and companies he regulates as Chairman.

Reverting back to the same, Gensler highlighted that he is merely trying to take the oath of office seriously and intends to “promote investor protection” and “facilitate capital formation.”

His sober explanation to the question above is an authentication of the non-impulsive approach he employs. Throughout the Q&A session, in fact, Gensler did exhibit ‘fatherly’ traits by correcting the Senator’s misconceptions and gleefully acknowledging the concords.

His ability to debunk fallacies and parallelly recognize the actual essence of the same aspect would come in handy in the final stages of crypto-regulatory drafting. He’d be THE perfect devil’s advocate.

A lot has happened in the financial space this year. One key area that is yet to be under Gensler’s focus is the equity market’s ‘meme-stock’ subset.

The unbelievably high trading numbers have put firms like Robinhood and Citadel Securities at risk. Congruently, the hype-driven surges of AMC Entertainment and GameStop have also amassed political attention. If the proposed regulations lying on the table end up being excessively intense, it’d only result in bizarre consequences for both the firms and their investors. In effect, the future prospects would be massively dented.

With meme-stocks already under the radar, it perhaps shouldn’t be a surprise if the meme-coin category from the crypto-space gets targeted next. Owing to Musk’s SNL appearance, DOGE made headlines earlier this year while SHIB’s recent price movements offer another testament to the typical ‘pump and dump’ nature of such coins.

Thus, to foster its investor protection agenda, the SEC might as well target DOGE, SHIB, and other coins in the same meme boat. The ripple effects would obviously be unfathomable – HODLers would get ‘rekt,’ a lot of capital will be drained out, and the space will end up losing a fair share of its credibility.

However, there’s a silver lining to this too.

Talks are going on that Gensler might end up delegating a part of the regulatory responsibility to other financial bodies. Decentralized cryptos have a high chance of being overlooked by the CFTC while banks could be thrust with the responsibility of stablecoins. In effect, the SEC might solely end up assuming the responsibility for other tokens that share characteristics similar to that of investment contracts.

If such a bifurcation indeed happens, where would meme-coins fit? While some argue that the value of dog-themed coins is sort of pegged to Musk’s tweets (DOGE and FLOKI, for instance), their values seldom remain stable. Ergo, the stablecoin category is ruled out for now.

Also, it’d be a joke if they’re equated to investment contracts and would be an insult to other decentralized projects if they’re brought under the same umbrella.

We’re eventually left with no option… Looks like Gary would have to set up the Meme-coin Board of America [MBA] to solely cater to the meme-coin subset!

Banter aside, if meme-coins manage to find a safe haven within the regulatory cracks, then, well and good. Nevertheless, if they fail to do so, the joke will be on them because illegitimate projects will be swept out of the space. In retrospect, the same would be a blessing to amateur investors who blindly pour capital into their so-called favorite meme projects.

Nothing less than a nightmare though

Ripple is already fighting a legal battle against the agency and Uniswap has also been targeted. Even though there hasn’t been any outright official proclamation of meme-coins being the next casualty, market participants need to remain wary.

According to a recent Bloomberg report, executives who’ve met with the SEC officials have been “privately cautioned” that the broader financial market structure rules being developed may be “extreme.” On any day, such oblique warnings coming from ‘inside’ the agency shouldn’t be taken for granted.

Now, one might argue that the executives are talking only about traditional market regulations. Oh, you wish!

Signing off by dropping the truth-bomb:

The Biden administration is only beginning to ramp up regulatory scrutiny around cryptocurrencies, according to a senior White House official.

Nervos now connected to Ethereum, but here’s what’s next

Bitcoin: This development could trigger ripples on a macro scale