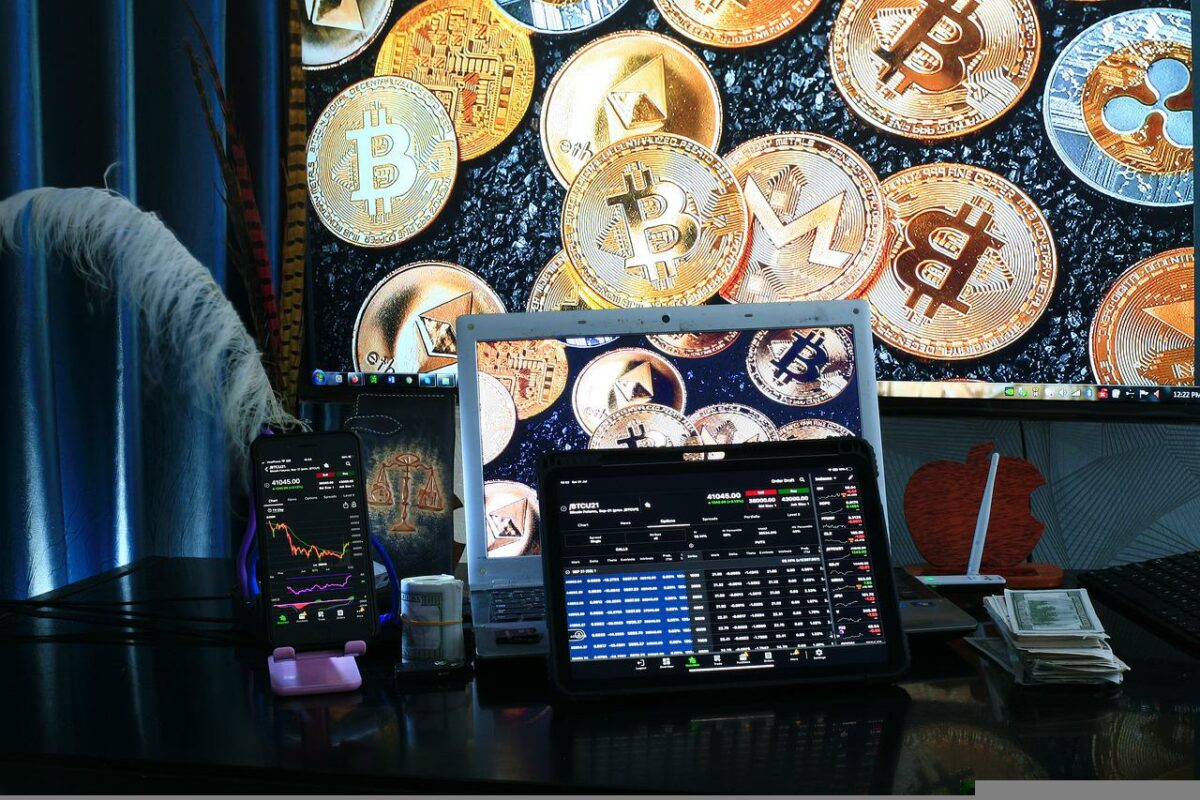 The social sentiment surrounding Bitcoin is seeing an unprecedented rise in recent days. July has witnessed a resurgence of positive sentiment across the crypto market. However, there is an impending FOMC meeting scheduled at month-end which might have an unpleasant impact on the broader market.

As we head into the second half of July, Bitcoin looks poised for a fight with the bears. But its bullish move in the near term can’t be assured. The social dominance of Bitcoin is growing. In fact, the king coin has outgrown discussions than altcoins.

One out of three discussions on social media pertains to Bitcoin. This is Bitcoin’s highest performance in the social dominance metric since July 2021. Also, focus coming back to Bitcoin can be seen as a positive sign for crypto bulls. 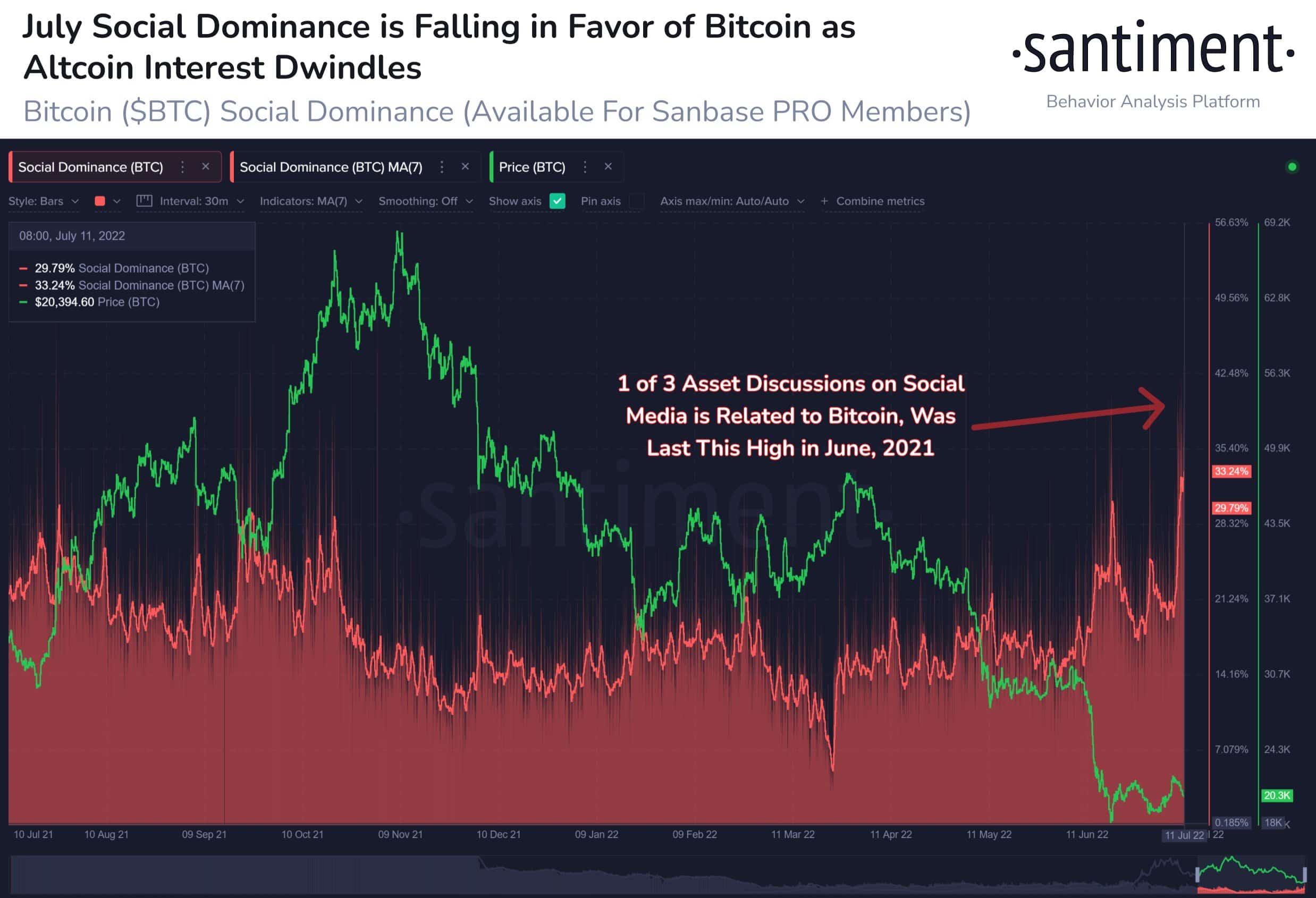 A recent tweet by Santiment highlighted that the amount of positive commentary for Bitcoin has risen sharply. The social volume for the flagship cryptocurrency has also taken a giant leap. Now, this can prove to be a crucial factor with the Fed meeting approaching quickly. 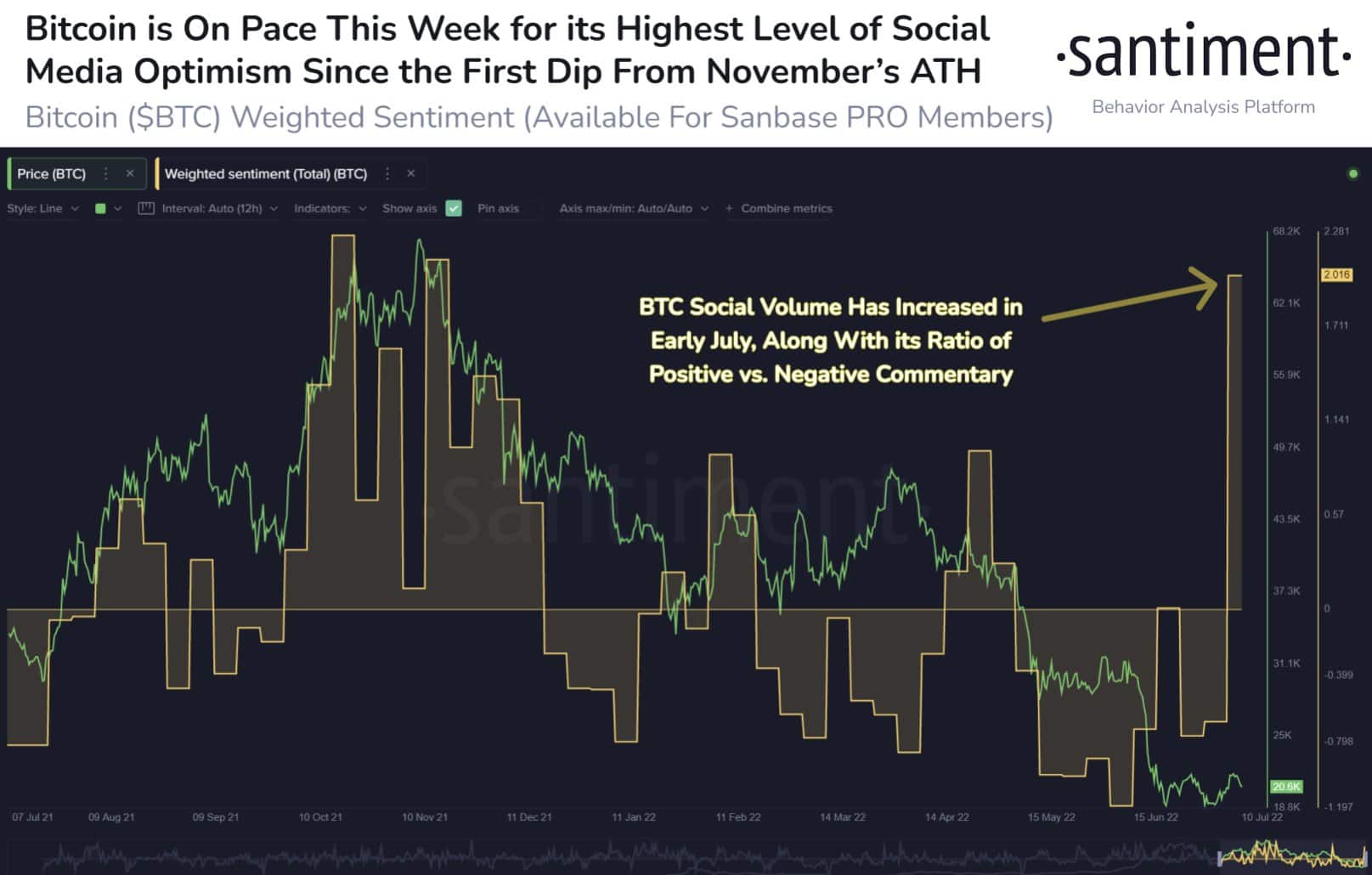 Moreover, on-chain metrics have been suggesting an upturn for Bitcoin in lieu of the latest observations.

Emerging data suggested that the number of exchange deposits (7d MA) reached a 2-year low of 2,021 on 12 July. Well, this is a good sign for both long-term holders and short-term holders alike. This metric clearly suggests that there is growing confidence in holding the asset. 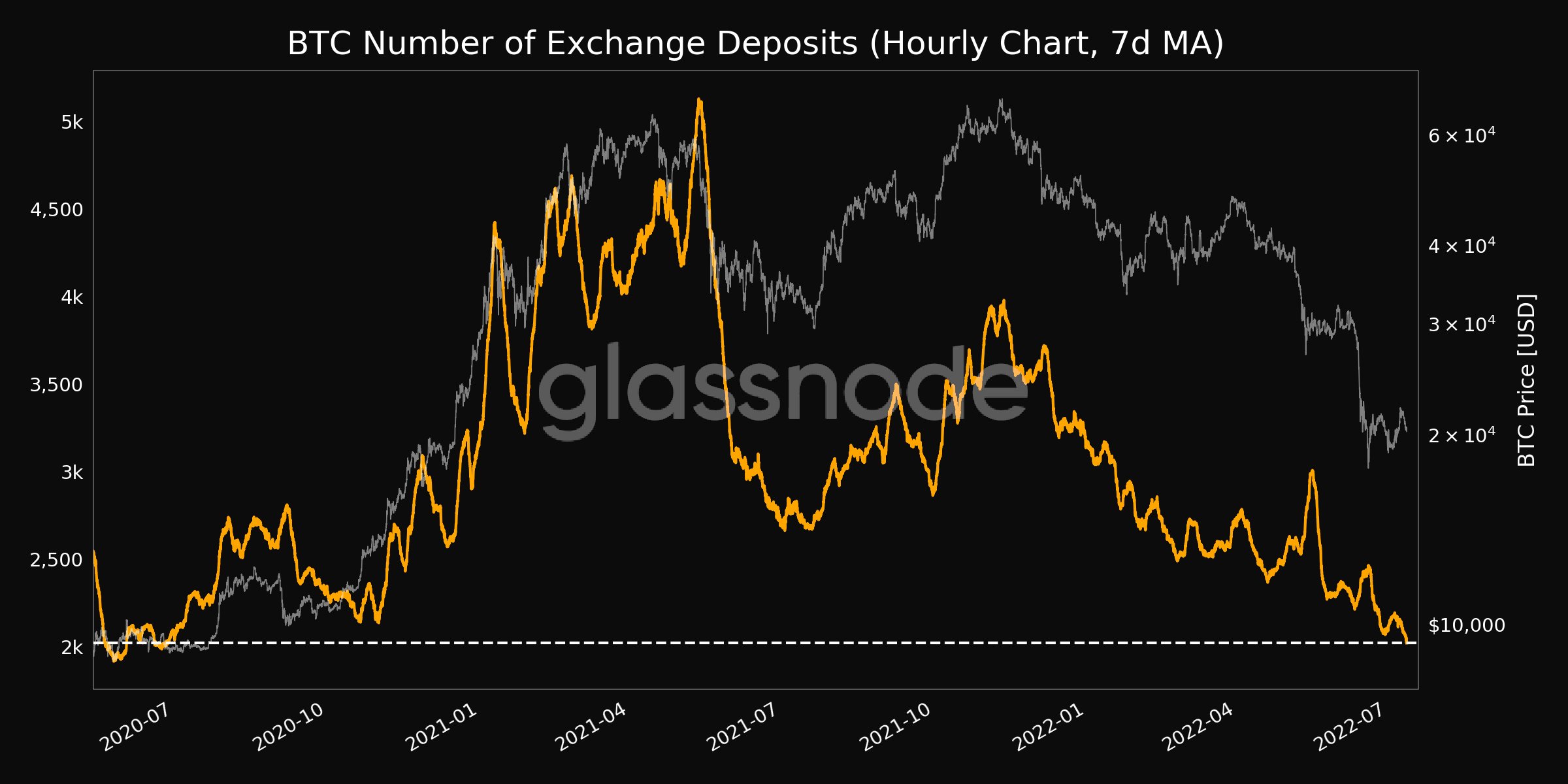 Furthermore, as per a recent Glassnode tweet, $5.6 billion worth of BTC was taken out of exchanges over the past week.

What now for BTC?

BTC, at press time, was trading at $19,760. A massive sell-off was initiated during the weekend which essentially wiped off the previous week’s gains. Alas, the top-ranked cryptocurrency was on a 3.66% slump over the last day. However, growing traders’ sentiment can pull the gears in Bitcoin’s favor.

Tron’s TVL tale has these tips for positional TRX traders

Tezos: What to expect from XTZ’s recent patterned breakdown