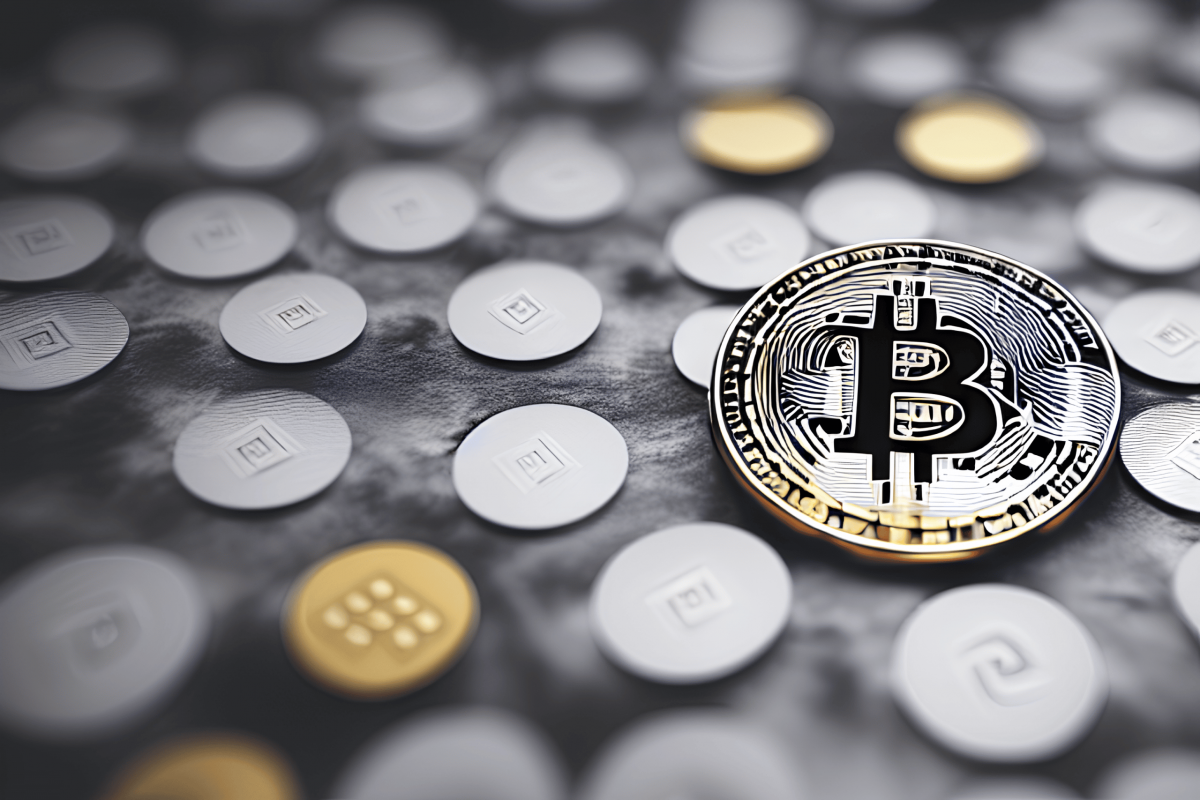 Bitcoin [BTC] investors are going through renewed hope for a long-term recovery. As such, it is important to juxtapose those expectations with an economic outlook. Perhaps this might help gauge whether it is indeed logical to expect a major rally in 2023 and 2024.

How many Bitcoins can you get for $1?

Before getting into debt and inflation concerns, one must first look at why long-term bullish expectations are gaining traction. Bitcoin’s pricing model revealed that Bitcoin has been trading below its realized price since September 2022. This is significant because as per BTC’s past performance, a price dip under the realized price marked the end of the bearish cycle. 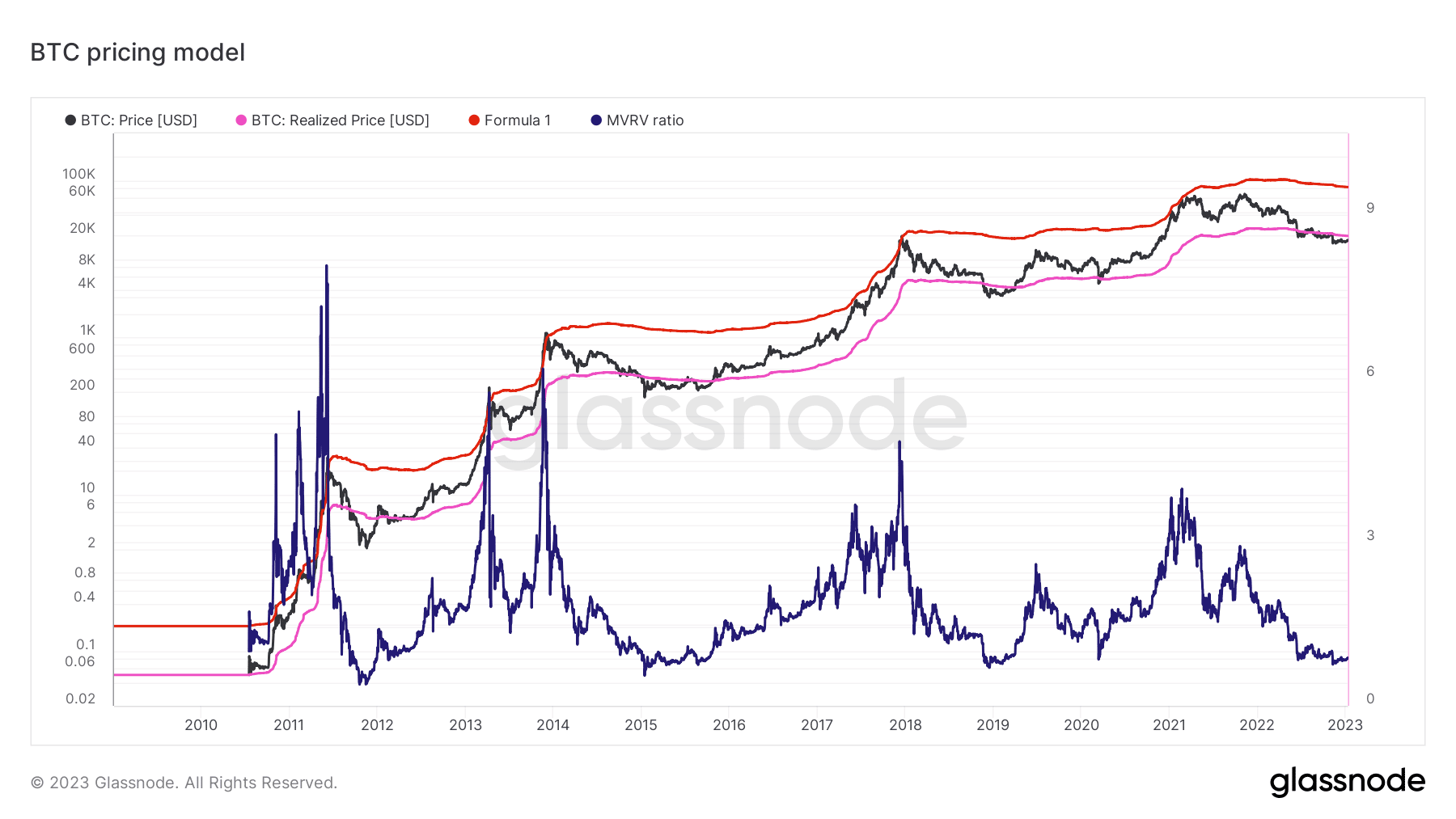 If the same expectation is true, then Bitcoin is currently at or near the bottom range. This is the same range where accumulation is bound to take place. This is further reinforced by the MVRV ratio, which is still below one, meaning it is still oversold.

2022’s biggest lesson for the crypto market was that economic factors have a heavy hand in Bitcoin’s performance. Will history repeat itself if the U.S cannot combat inflation? According to economic analyst Sean Foo, the government has been borrowing money to combat inflation.

The battle against inflation may bring about an extra debt burden and discourage lenders. Such an outcome might lead to higher inflation and a dive into economic recession. But what will be the impact on Bitcoin? It all depends on the state of the dollar.

As more countries threaten to abandon the dollar as the global reserve, a likely outcome would be a shift in favor of hard money. Gold is currently the preference, but perhaps gold might find favor with the masses in such a scenario.

The state of Bitcoin accumulation

An analysis of Bitcoin’s supply in profit revealed that more traders were in profit since the start of January 2023. Roughly 11.2 million BTC is in profit, which means that this is an amount that is in private addresses already. Roughly 7.66 million BTC was at a loss at press time. 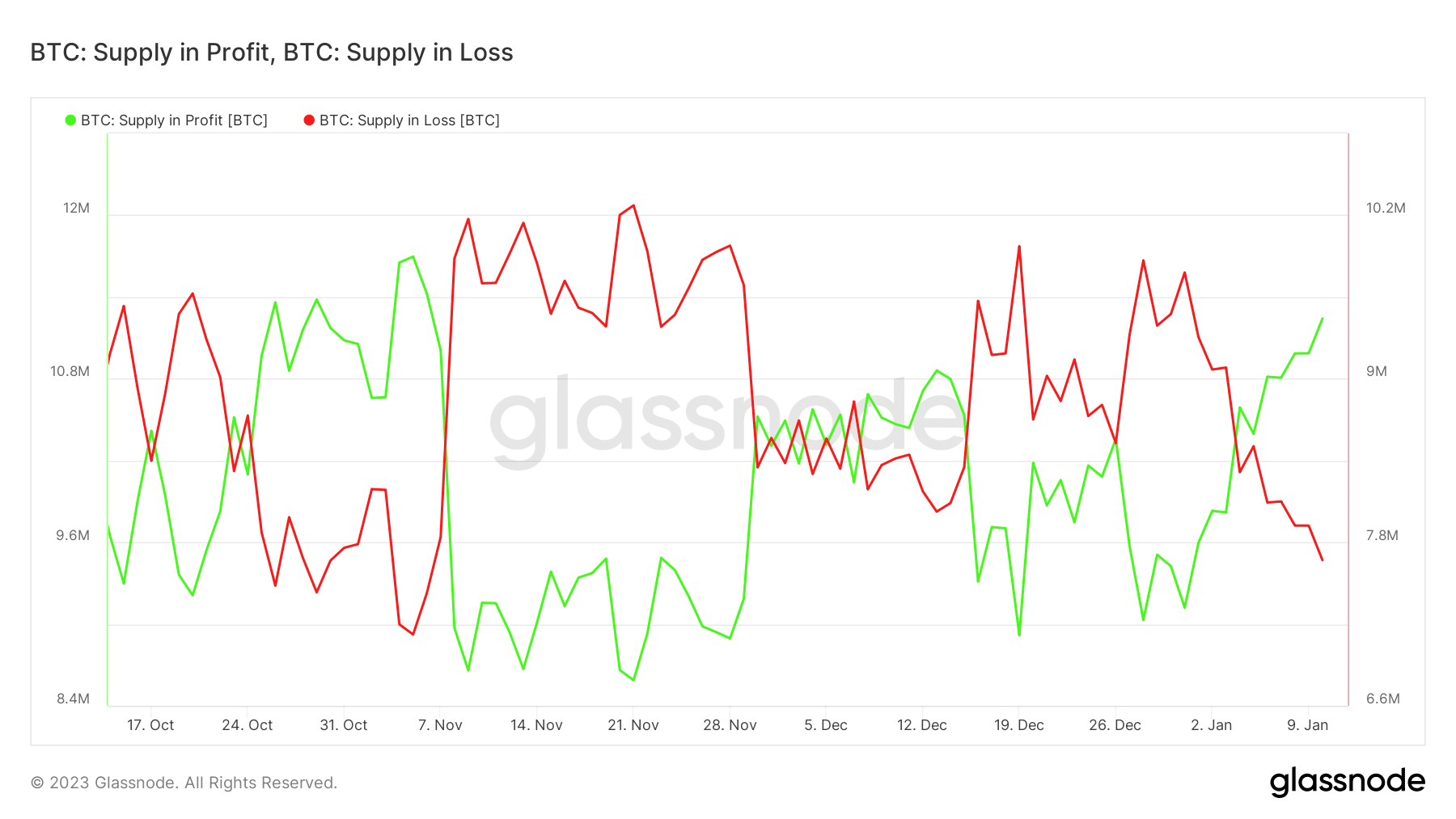 The amount in loss dropped substantially in the last 10 days, implying that a significant amount had been accumulated since the start of the month. This confirmed that many BTC investors were optimistic about the prospects of a rally in 2023. But nothing is cast in stone, and things may not necessarily turn out as expected, especially now that there is less liquidity in the market.