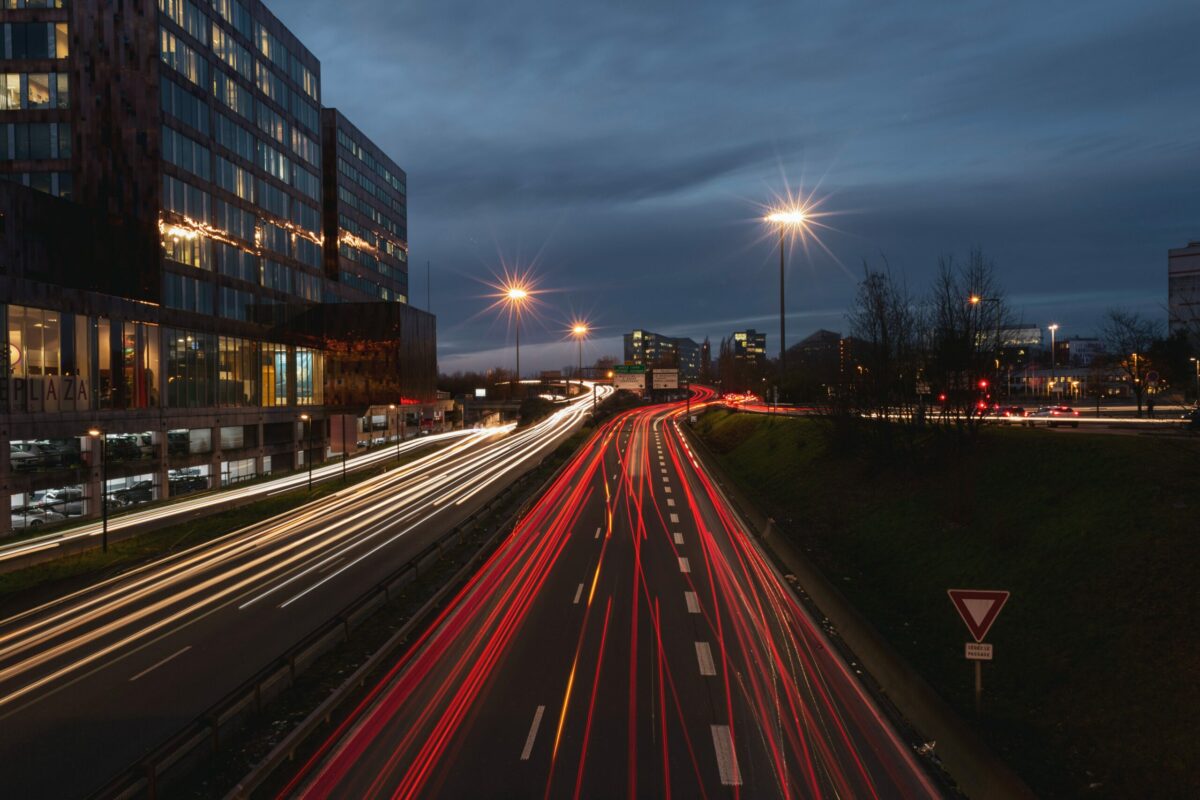 Over the past couple of years, Bitcoin and Ethereum have been trying to one-up each other in terms of performance. While the market cap difference is still extremely significant, Ethereum has clawed it way back in terms of price gain. A year back in July 2020, ETH’s value represented 3% of Bitcoin’s price but at press time, it was valued at 6% of the king coin. Early in May, it was up to 8.5% at one point.

Ethereum has relatively broken out of Bitcoin’s shadow over the past couple of bullish rallies, and in terms of volatility, the world’s largest altcoin has been more reactive as well. However, there is one particular factor that might both be a blessing or boon for Ether.

Ethereum-Bitcoin Realized Correlation Volatility Spread; What does it define? 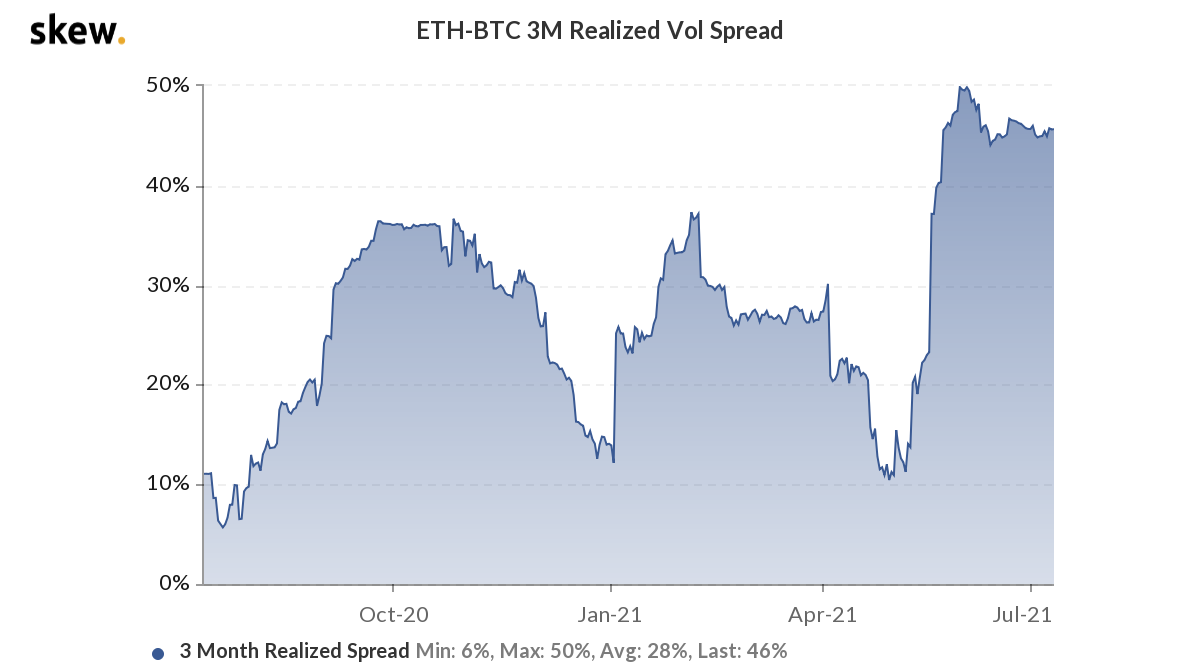 The attached chart illustrates the ETH-BTC realized correlation vol spread for both the assets, and the vol spread goes up or down depending on which asset has been more volatile during a particular time.

Now, historically, whenever the spread has gone up on the chart, Ethereum has been able to outperform Bitcoin as far as bullish rallies are concerned, and vice versa. Here is a key example –

Between 25 September 2020 and 1 January 2021, the ETH-BTC volatility spread dropped down from 36% to 14% on the charts. It meant that Bitcoin had been relatively more volatile than Ethereum. That volatility translated on the charts as Bitcoin’s value rose by 169% over that period while Ethereum’s value hiked by 111%.

The tables turned in 2021 when the vol spread started to go up, and the situation became more favorable to Ethereum. Within a month, the spread jumped from 14% to 37% yet again, and Ether outperformed Bitcoin with a 97% growth when compared to BTC’s 64%.

Now, since the turn of April, the vol spread has been relatively high again on the charts, meaning Ethereum is expected to be more volatile in the future. However, it might not always play out in a bullish way.

Volatility is no one’s friend

Now, the key point to take away from the current rising vol spread between Ethereum-Bitcoin since the end of April is the fact that it amasses both a strong bullish rally and a brutal bearish correction. Both assets respectively recorded all-time highs during that period, but Ethereum did better in terms of percentage growth.

When bearish pressure started mounting, Ethereum again did better by falling further than Bitcoin on the charts. Bitcoin recorded a drop of 48% initially, whereas Ether dropped down by 60% in a span of 10 days between 10 May and 23 May.

Including that narrative now, with the vol spread currently at yearly high levels, if the markets turn bullish, it is safe to assume that Ethereum will be able to bridge the gap faster to its ATH valuation than Bitcoin. However, any chances of more bearish pressure unraveling may push Ether lower down the charts.

This is the safest bet for Ethereum traders right now

Bitcoin: A supply shock may be coming, but this is what it means