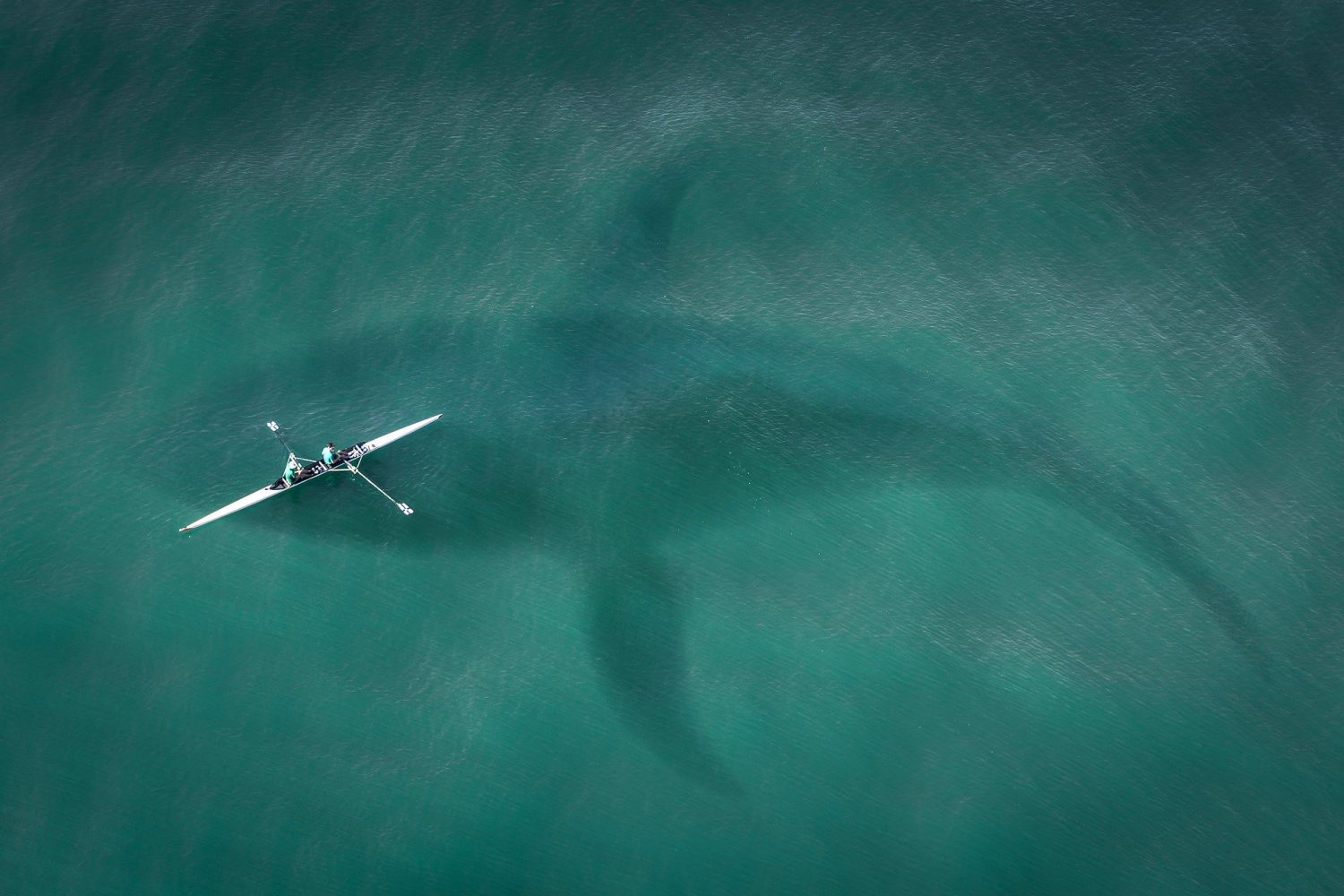 The collective crypto-market is adding more and more value to its market cap with every passing day. However, with profits flowing in for many cryptocurrency holders, Santiment analytics recently revealed an interesting update about the narrative associated with Bitcoin and Ethereum holders. 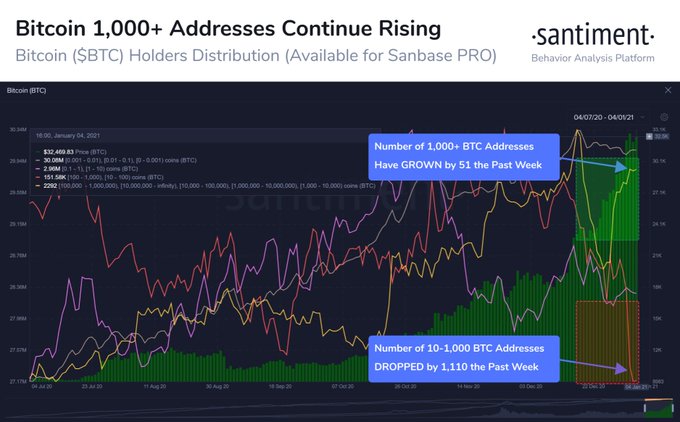 It can be speculated that small retail investors are currently cashing out at the present market high, but will higher accumulation by the market’s whales lead to manipulation going forward?

Bitcoin Manipulation – Past, Present, and Future

In order to understand the magnitude of accumulation, let us observe the Whale Map chart given below.

Over the last quarter of 2020, the number of Bitcoins bought by whales between the range of 1k-10k BTC was reasonable. Massive capital inflows did not take place at $20,000, but the narrative changed after it breached $25,000.

Over the last couple of weeks, more and more addresses have been adding 1k-10k BTC, with 51 doing so over the past week. In light of the fact that small-term holders are cashing out, we are possibly heading towards a concentrated group of investors, one theoretically capable of price manipulation.

Back in late 2019, multiple outlets were referencing a financial paper that suggested that Bitcoin’s bull run in 2017 was a result of intense manipulation. According to the same, Bitfinex had reportedly used Tether to drive up Bitcoin’s price in 2017. At the time, many people remained in the crosshairs about the paper. In fact, Alex Kruger, a popular Bitcoin proponent and Economist, had commented that the paper jumped to an unwarranted conclusion. He explained,

“This is not extraordinary and could be explained by demand from market participants, either for buying the dip or for arbitraging spreads across exchanges. It represents no proof of market manipulation.”

So, what’s the truth?

Frankly, the high agglomeration of Bitcoin is not exactly advantageous to the retail trader because the supply of Bitcoin is already decreasing as we speak. However, manipulation might not be Bitcoin’s problem anymore. While theoretically, a group of large whale investors can trigger a price altering event, it will possibly not be successful due to the current level of interest in Bitcoin.

A price collapse will be soon met with buying pressure, and the market will avoid a massive dip. With distribution higher than ever, manipulation might not be an issue in the present bull cycle.