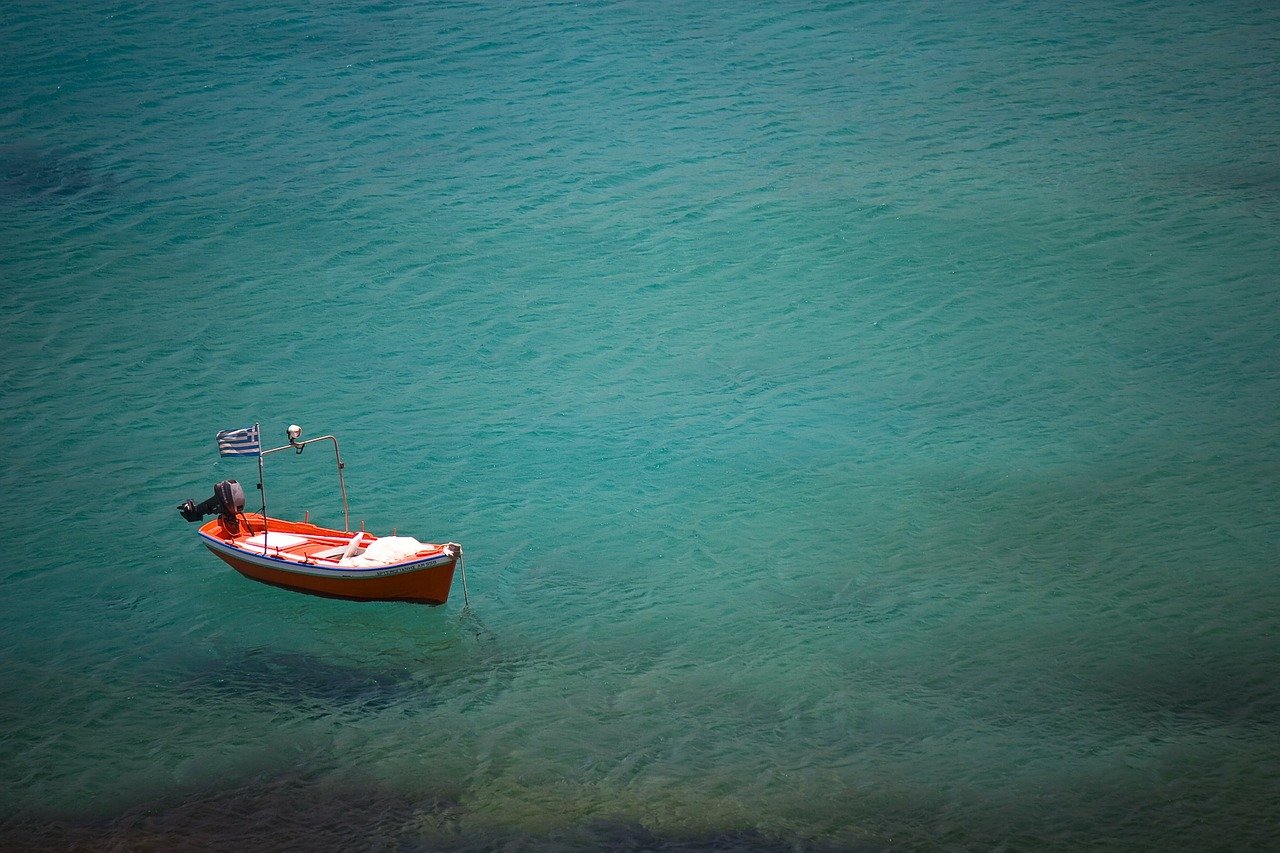 What does Bitcoin’s latest hike tell us about its investors?

Bitcoin has been in the news for all the right reasons lately. With 2020 drawing to a close, the coin has managed to do a repeat of the 2017 bull run and in the process, it has managed to create a new ATH by quite a margin. In the past week alone, Bitcoin was able to go past key psychological price levels at $21k, $22k, and $23k. In fact, despite corrections, BTC was trading at $22,938, at press time.

However, is there a difference between Bitcoin’s present form and the bull run it was on a couple of years ago? While Bitcoin’s press time valuation has been greeted with much fanfare, it also warrants the question of whether this will be followed by a major price correction undoing all its gains.

One of the key reasons why Bitcoin’s price is likely to remain around the present price level in the coming months is primarily because this bull run was not solely on the back of mere ‘hype.’ In the past 3 years, Bitcoin’s price has been able to prove that it is a robust asset that can hold its value in the long run. For example, in comparison to gold’s YTD of over 25 percent, Bitcoin has registered a YTD of over 220 percent.

If one were to compare both bull runs, it is easy to observe how Bitcoin today represents a robust investment opportunity for not just retail investors, but also institutions with the likes of MicroStrategy and Grayscale investing heavily, despite Bitcoin’s trading price. This creates an overall positive environment for Bitcoin, one that is likely to translate into its performance on the charts. 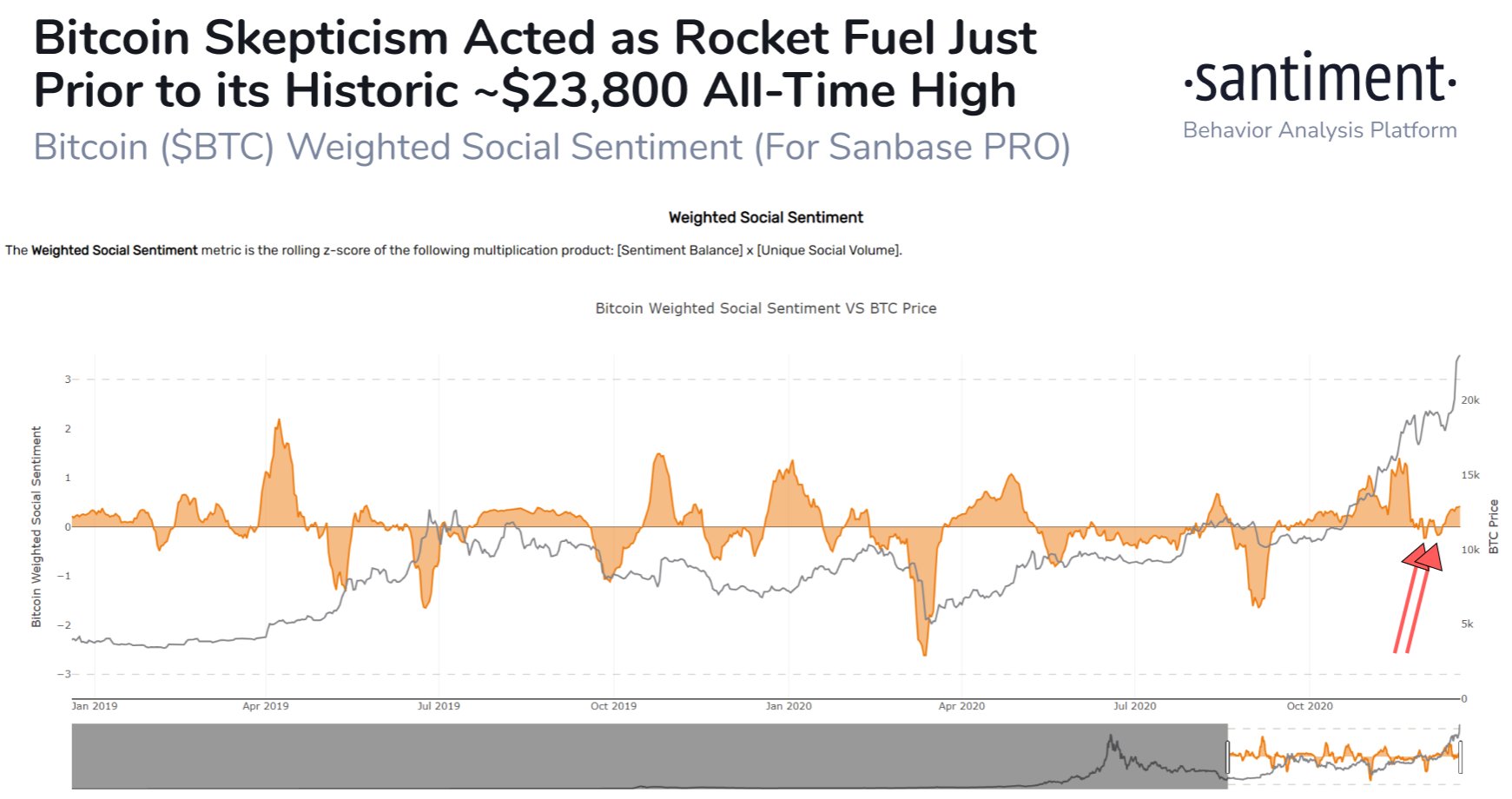 Interestingly, data provider Santiment was quick to highlight a metric showing how the weighted social sentiment for Bitcoin saw a dip just before BTC started going past key psychological resistances. These findings indicated that despite the lack of hype, investors were confident about entering the crypto-market, pushing the price up. In other words, today’s investors are quite different from those of 2017, with most of them today not interested in entering Bitcoin’s market to test the waters or make a quick profit alone.

This argument can also be backed up by taking a look at data that provided insight into social sentiment pertaining to Bitcoin. Google Trends and the Baidu Index for China showed that Bitcoin was far less searched than it was in 2017, indicating greater awareness in the market. The same also suggested that new investors know what they are getting into, seem to be already sold on Bitcoin’s ability to store value, and can be considered to be more committed to their investments this time around. 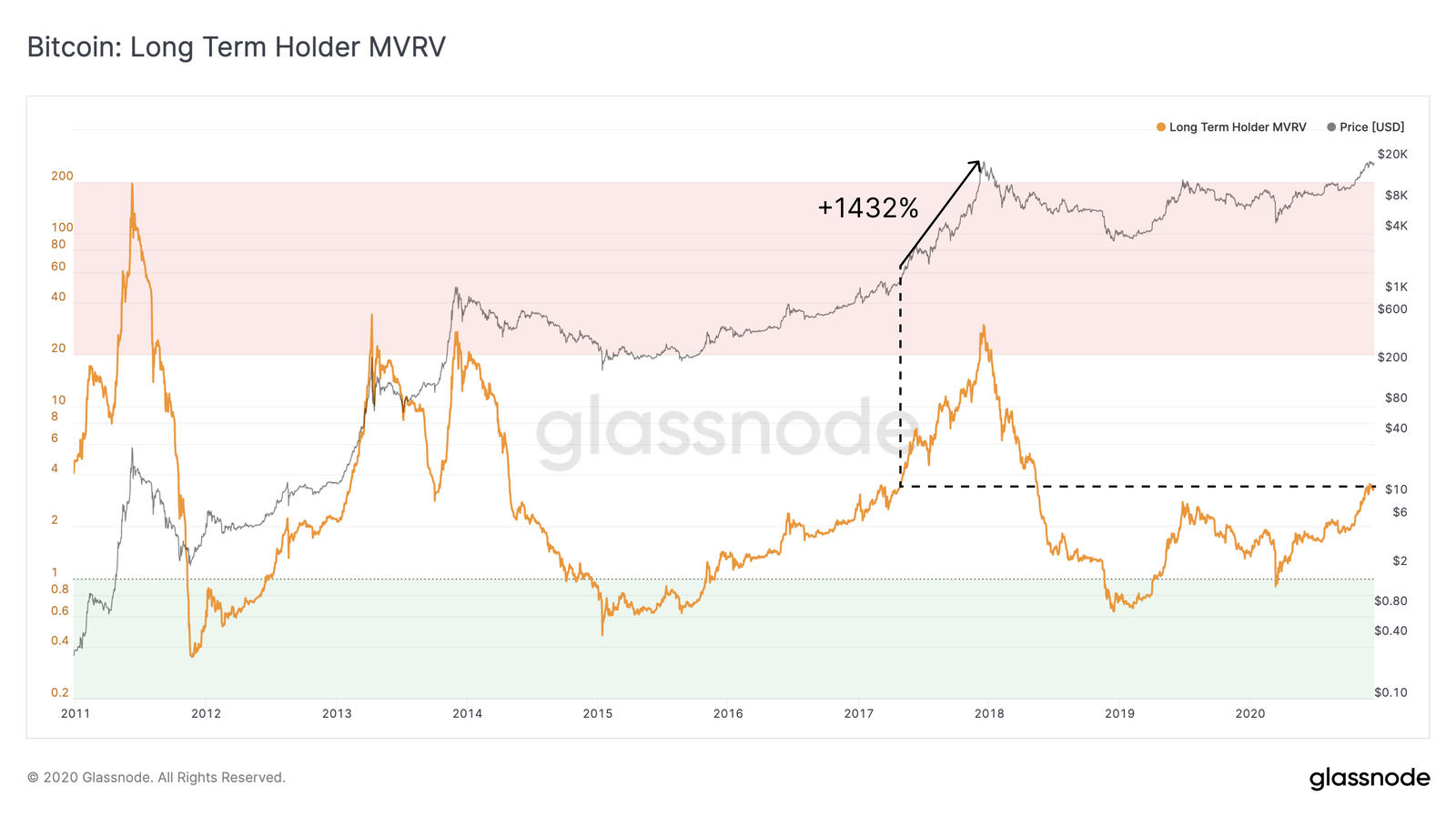 Additionally, Glassnode’s Long-Term Holder MVRV Ratio for Bitcoin still hadn’t reached the red zone, indicating that there may be more to this bull run for BTC. While the coin did see a correction as it closed in on the $24,000-price level, Bitcoin’s press time trading price did manage to sustain its bullish sentiment and remain close to $23,000.

Regardless of whether the price may see an even greater hike in the coming weeks, there is a significant chance that this time around Bitcoin has a greater chance of not plummeting as it did in January 2018, making the $20k price range a new norm.

Should you expect a Bitcoin supply shock?