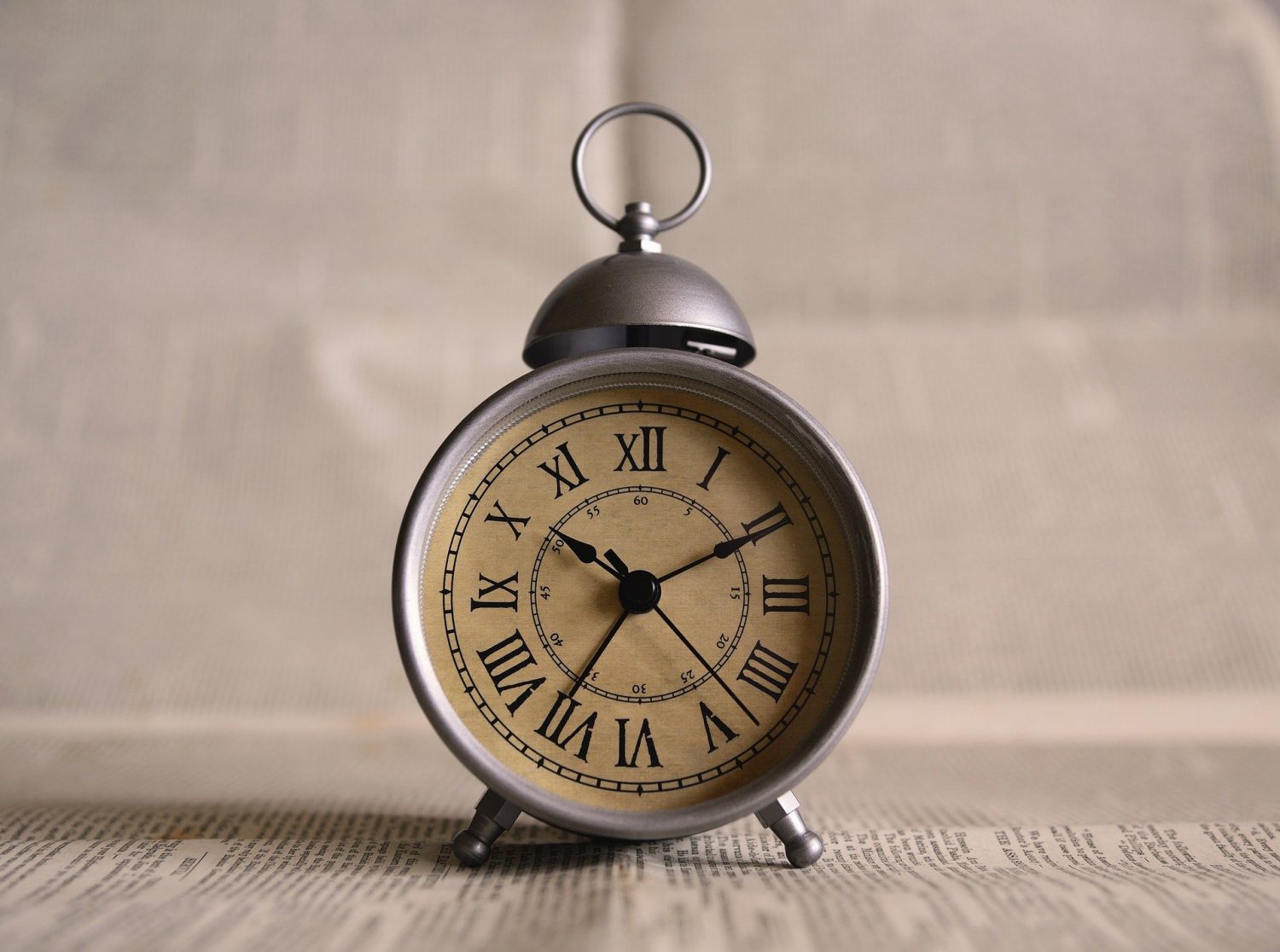 With Bitcoin rising up the valuation ladder in 2021, there has been aggressive demand for stablecoins since the first of January. In fact, the collective market cap of all stablecoins, at the time of writing, amounted to ~$33.5 billion, after the supply added $4 billion in the past 12 days alone. 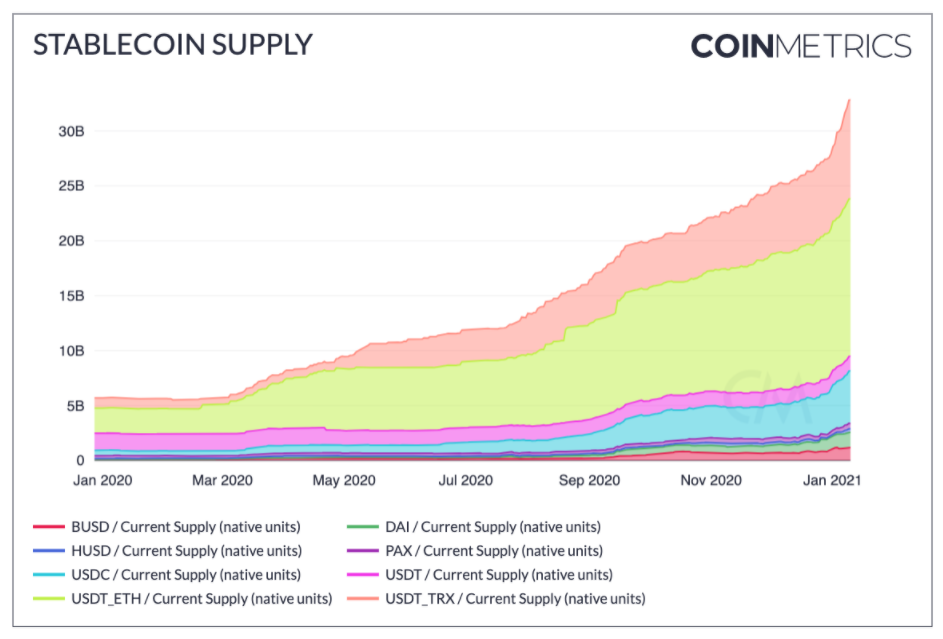 CoinMetrics‘ data suggested that Tether was responsible for the issuance of over $2 billion of the supply, with USDC supply adding another $500 million worth of assets. With the stablecoin supply going under the radar amidst Bitcoin’s bull rally, there might be more to it under the market’s surface.

Institutions or Tether: Who is dictating the market?

Over the past few weeks, the most common narrative circling the crypto-sphere has been that institutions are currently accumulating Bitcoin, something that is fueling the bull rally. Now, there is a definite logic behind this since accredited investors are holding Bitcoin for the long-term. However, institutions might not be the sole, or even the most important driving factors, behind Bitcoin’s price rally. Instead, Tether might be more involved in the proceedings than previously expected.

In order to understand Tether’s possible role in the present rally, we compared two sets of metrics – Trading volumes towards the tail-end of 2017’s bull run and Trading volumes at press time. 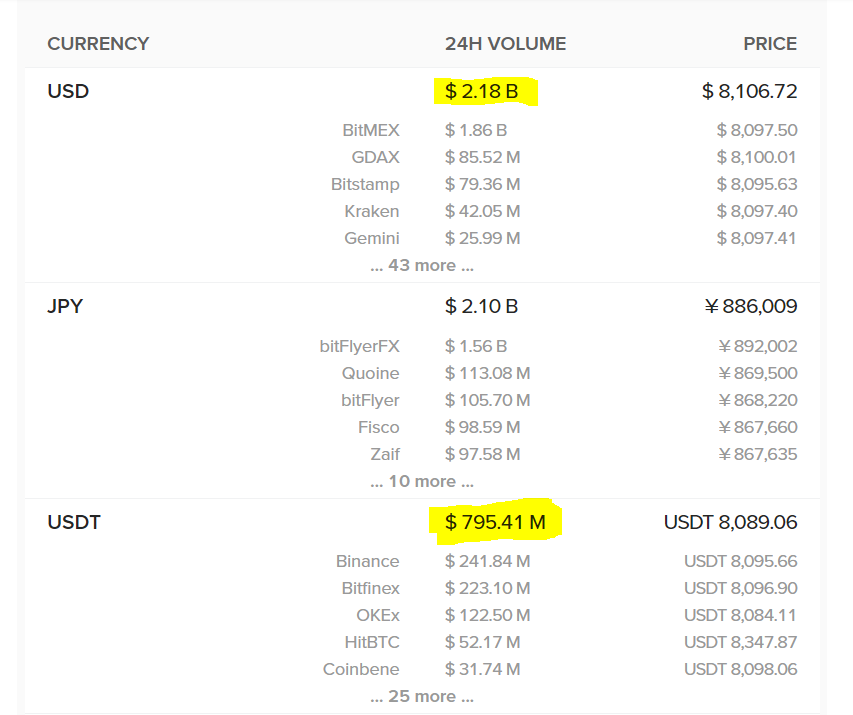 Back in 2018, the U.S dollar and the Japanese Yen were responsible for over $2 billion in trading volume, at a time when Bitcoin dropped down to $8,100 on the charts. At the time, Tether had a share of $795 million over the same period. Now, since institutional investors were not exactly present in 2018, we estimated that 2021 would include higher USD volumes. However, that hasn’t been the case. 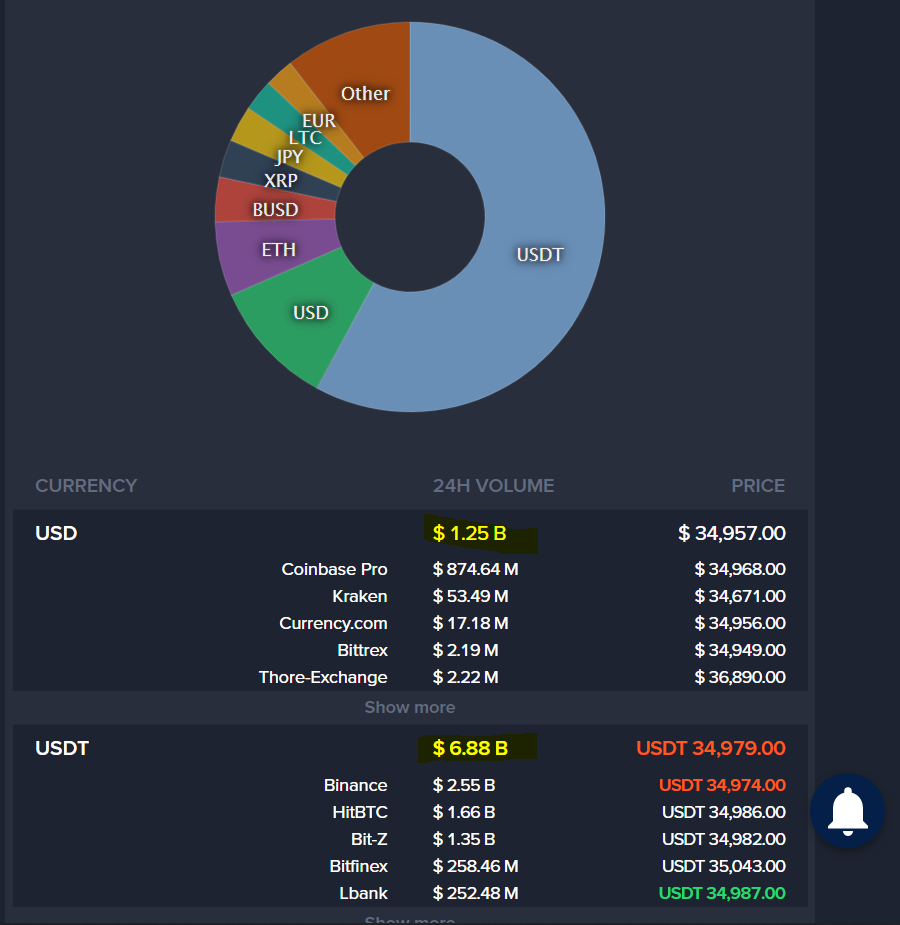 At press time, as highlighted by the attached chart, USD was responsible for only $1.25 billion of the trading volume, whereas USDT constituted a massive $6.88 billion of all Bitcoin transactions.

Therefore, if institutions were the main catalyst of the bull market, USD trading volumes should have been closer to Tether volumes, if not greater.

Now, considering the possibility that Tether might be running the show, the importance of 15 January should be the focus of Bitcoin investors.

The infamous Tether-Bitfinex episode has been going on for quite a while now. The case was opened in April 2019, but we could be edging towards a major development on the 15th of January, 2021.

According to the last announcement by the New York Attorney General or NYAG, Tether is supposed to complete the handover of loan documents related to the alleged $850 million cover-up between Tether and Bitfinex. 15th January is the reported deadline, and the cookie might begin to crumble from here on.

While Tether has been on a printing spree of its own during this rally, the SEC had released a statement last year on the topic of stablecoins. One of its excerpts said,

“Whether a particular digital asset, including one labeled a stablecoin, is a security under the federal securities laws is inherently a facts and circumstances determination. This determination requires a careful analysis of the nature of the instrument, including the rights it purports to convey, and how it is offered and sold.”

Speculations have suggested that the NYAG is possibly trying to push Tether in the direction of unregistered securities, in their dealings with USDT. If so, this particular situation may have massive implications for Bitcoin.

Should investors be worried on 15 January?

Aware is a better word.

While 15 January may or may not fuel a correction for Bitcoin, any developments associated with Tether should be monitored in order to track market alterations. Irrespective of popular market narratives, Tether has a major say in Bitcoin’s value and any negative connotations with respect to USDT are bound to affect Bitcoin. The only question here, however, is what the timeline will be.