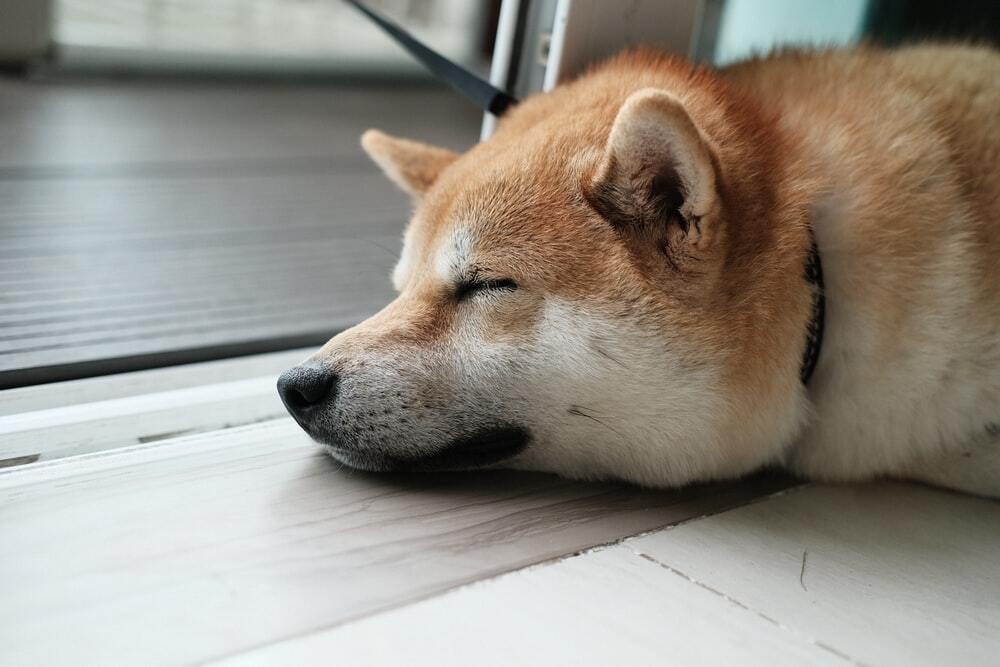 The king of meme coins, Dogecoin, was recently kicked off from the top 10 cryptocurrency list after Polkadot overtook it. Apparently, the altcoin doesn’t want to back down and is fighting for the tenth spot. This, with DOT and DOGE holding a difference of a mere $400 million.

Can Dogecoin actually claim it back?

Well, looking at the state of the market, it seems like Dogecoin might be able to do that pretty soon, given it’s truly enjoying the spotlight from the DOGEfather. Elon Musk’s renowned company Tesla, on their store page, displayed DOGE as a possible payment method for a few of its products, one of which is a 300 DOGE worth of stainless steel collectible whistle. 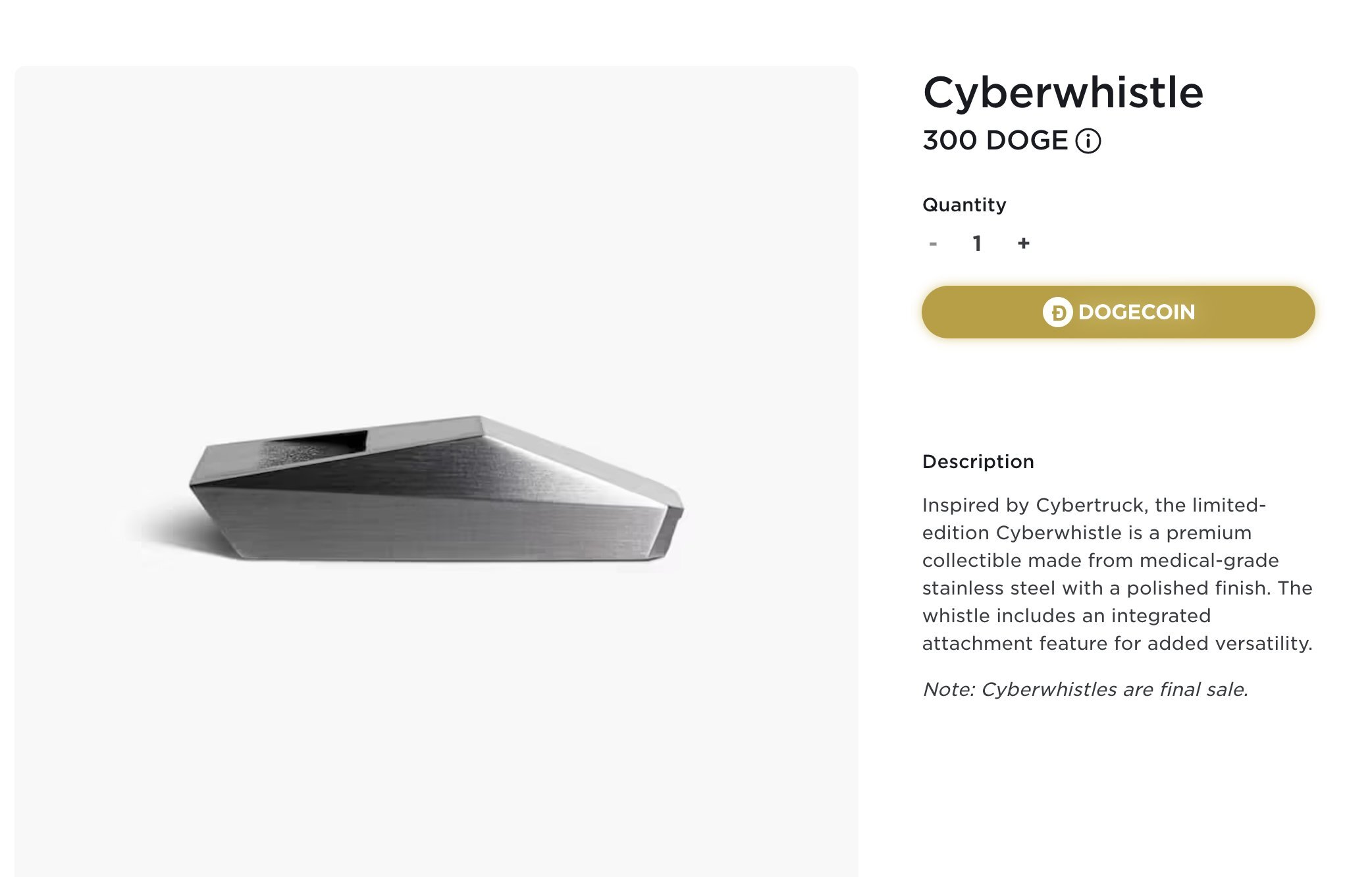 But, the idea seems to be turning into a success given the community’s mind-blowing reaction. Not only is the company’s social media blowing up, but the meme coin’s price has also been rising to potentially break the downtrend at last.

Trading at $1.991 and up by almost 40%, the coin is presently oscillating in the critical zone which managed to consolidate DOGE previously as well. But if the dog can manage to test the upper trend line as support, it’ll be in a good shape going ahead hopefully. 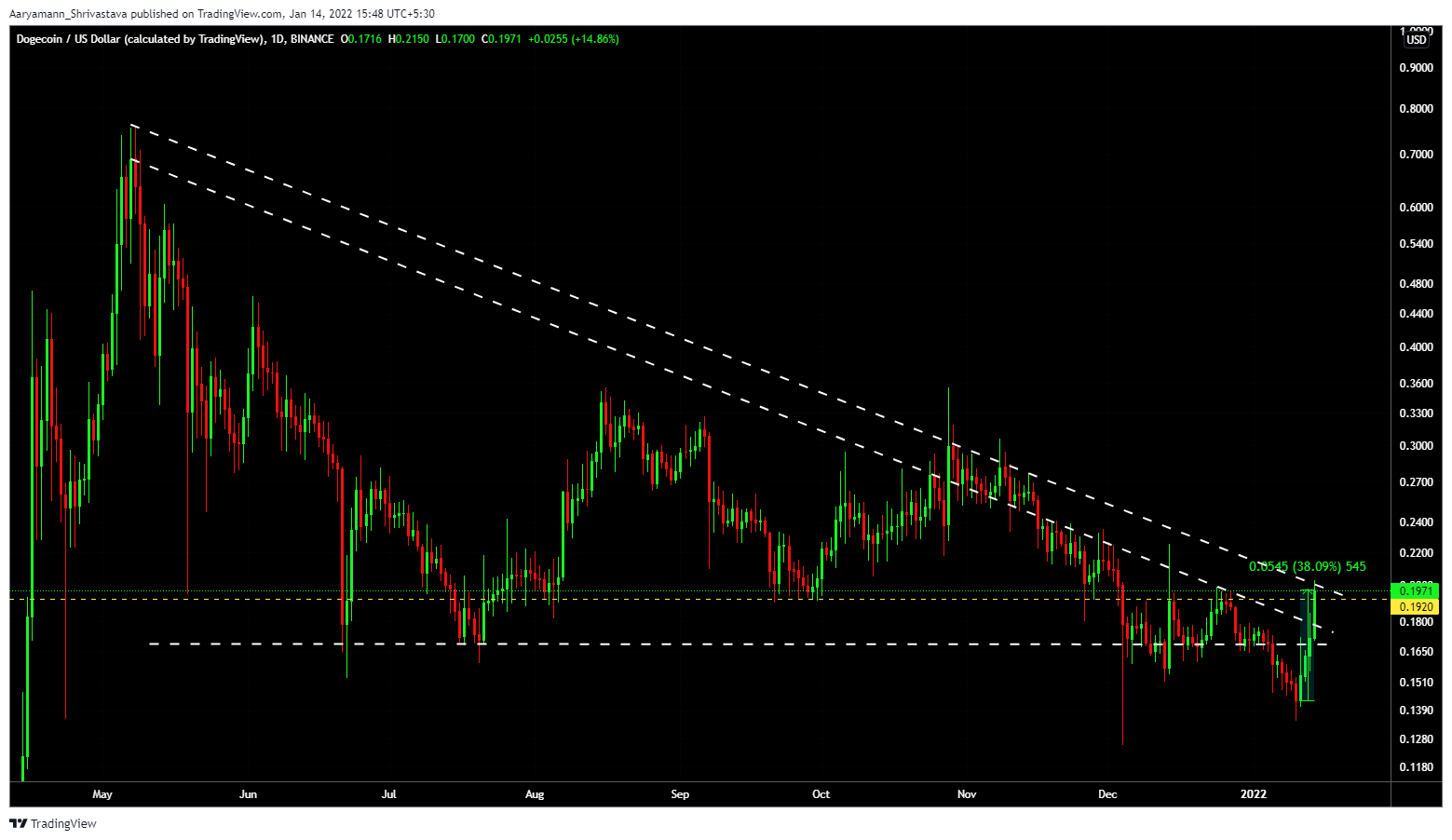 Although the events did serve as a catalyst, DOGE’s rally can actually be traced back to the network’s bullish performance.

On-chain analysis shows us that the demand has been growing ever since the beginning of 2022. Within 10 days, the network has managed to double its transaction activity. 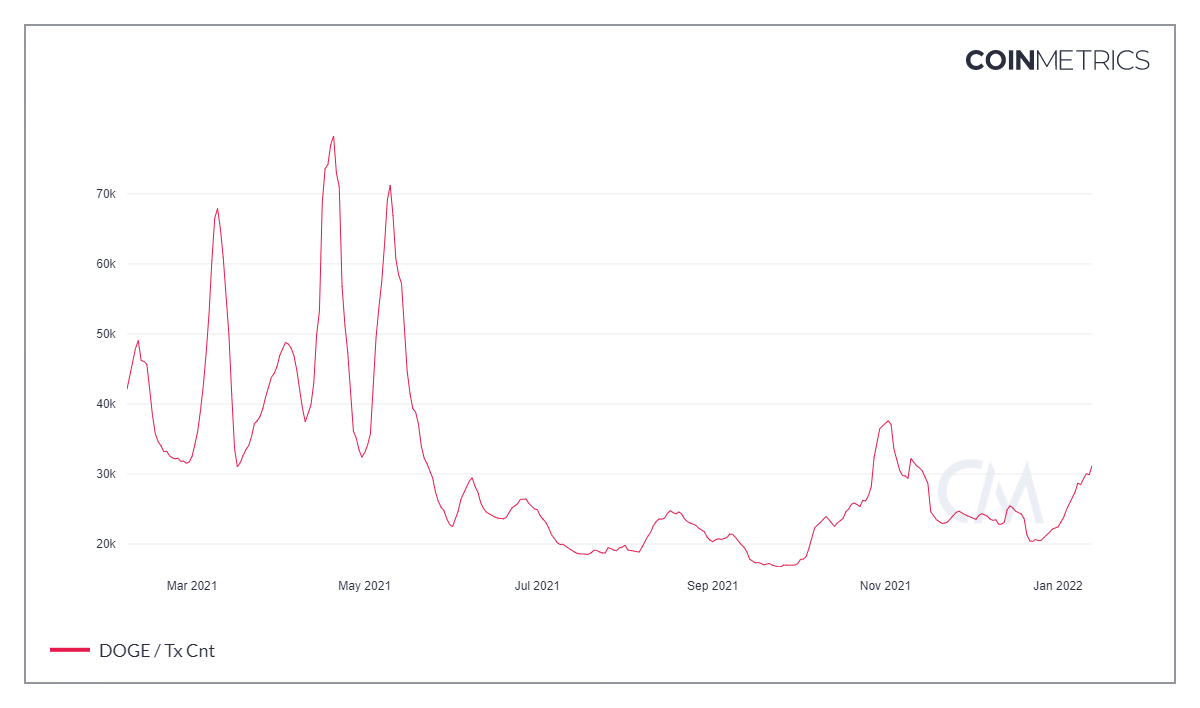 Another good news is Dogecoin’s diminishing whale activity. Their activeness throughout December was a cause of concern given their transactions almost hit $28 billion in one day.

This month the same has come down to just $1.13 billion and the investors hope it continues that way. 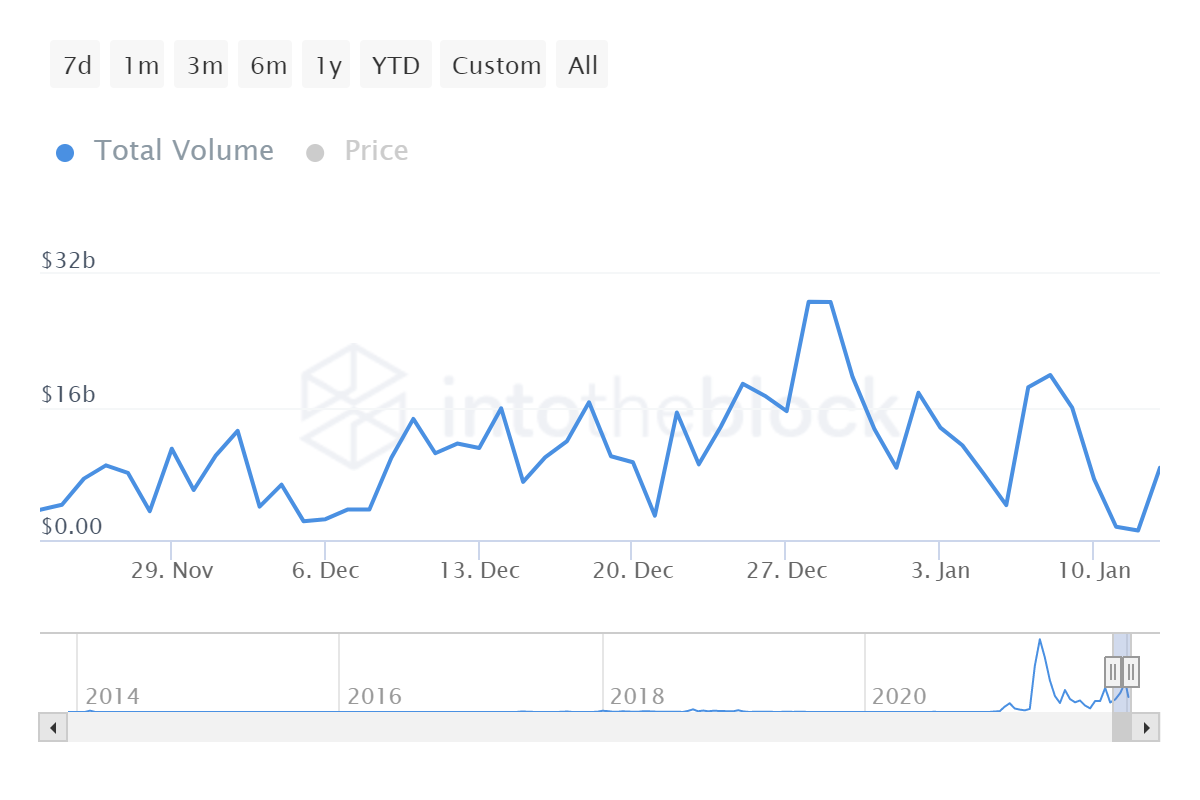 Consequently, the amalgamation of these incidents has caused the altcoin’s value to rise once again. Close to the 1.0 mark, DOGE is proving just how it continues to be a socially dependent token and that it still needs a more functional groundwork to take on bigger problems/demands in the future. 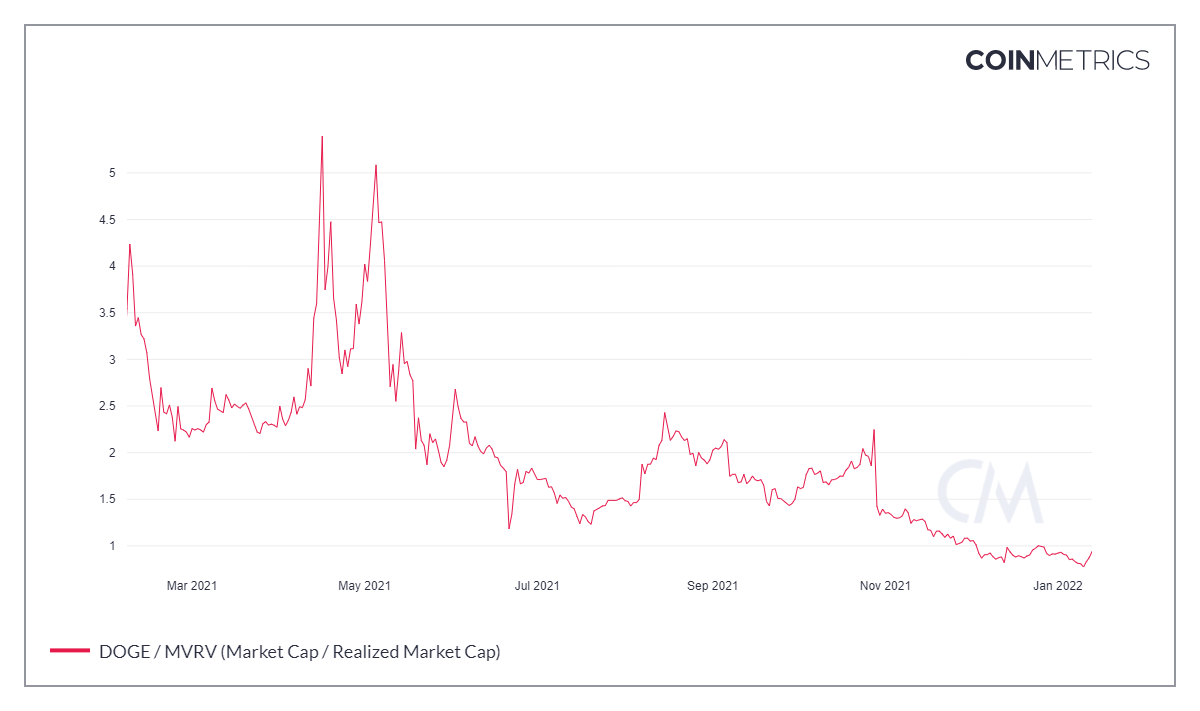 Bitcoin won’t witness a recovery until this happens

Gala offered a shorting opportunity on a recent bounce, but the downtrend…