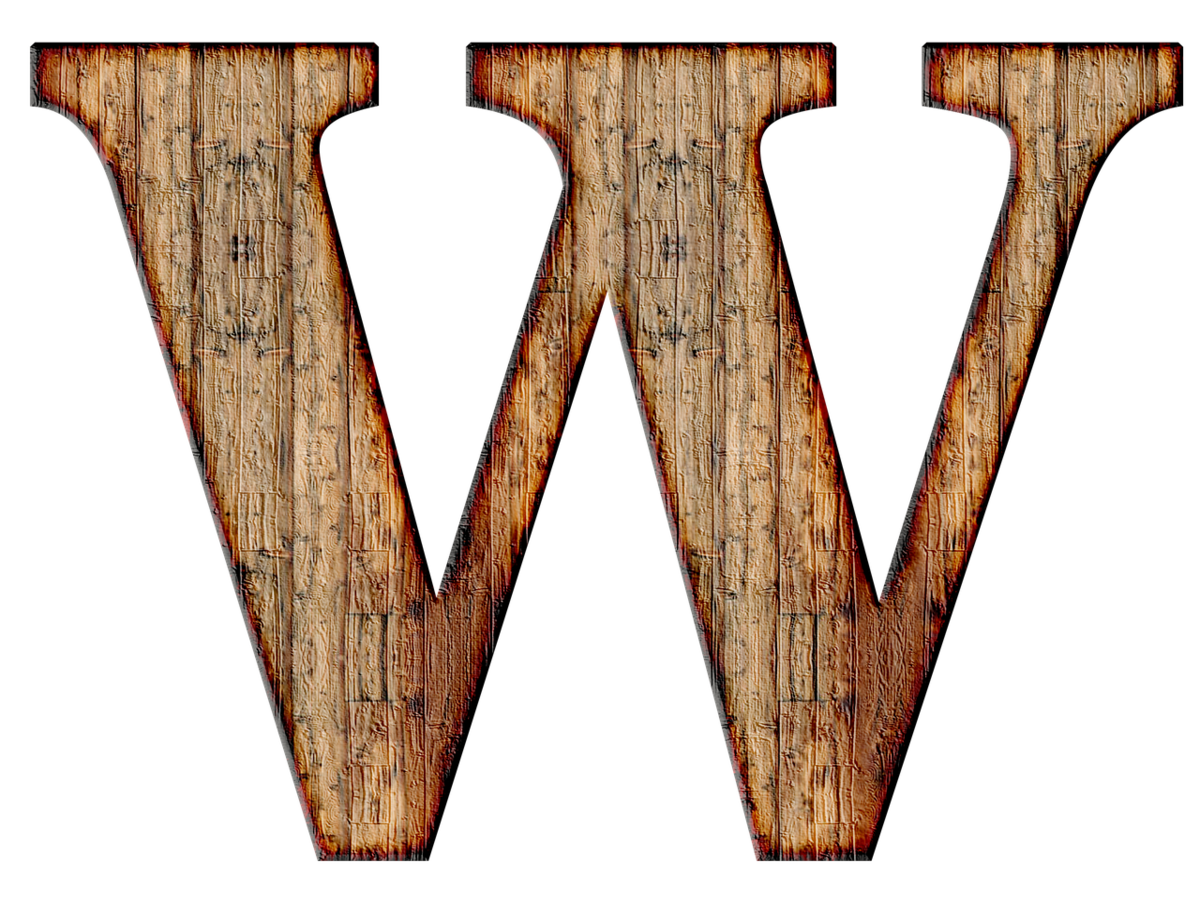 Bitcoin witnessed an interesting week in terms io price action. The largest crypto’s price dipped below $30k, a level that it had last visited six months back. What’s more, the coin’s returns have plummeted by over 45.91% in the past three months, thus making this quarter one of the worst quarters in Bitcoin’s history.

Nevertheless, a couple of trends managed to resurface this week. For starters, the accumulation from strong hands and experienced market participants has continued. Last week, it pretty much seemed that the re-accumulation phase was nearing its end.

However, the illiquid supply change metric has continued its upward trend of strong accumulation from entities, with 7 straight green bars this week. Additionally, as depicted in the chart below, the 30-day change of liquid to illiquid supply reached a number as high as 95,800 BTC. 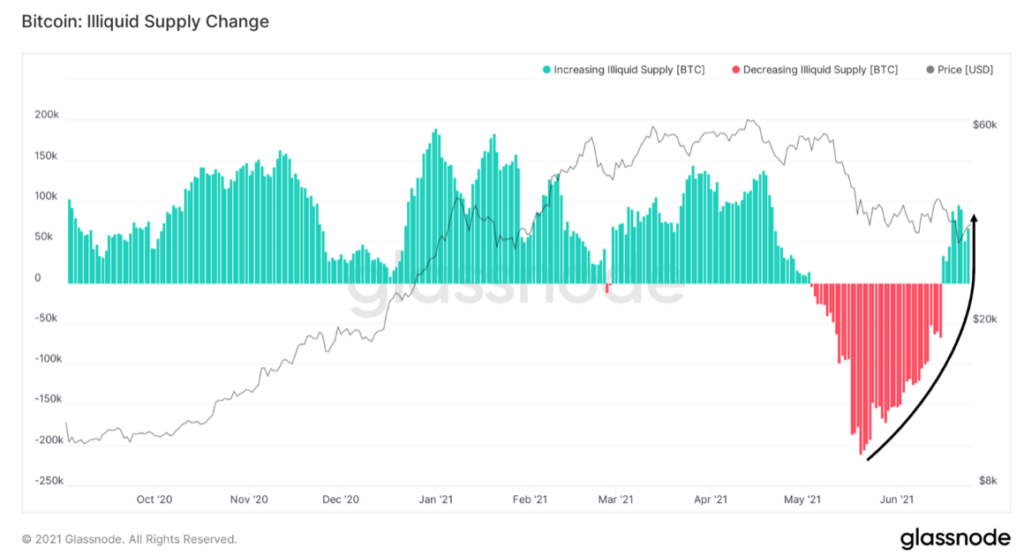 “Entities that have held BTC for over 155 days, but have statistically very low selling behaviour and so we’re starting to see that continued trend of supply moving to those entities.”

Next, even though the chart representing the number of new whales (entities holding over 1,000 BTC) still remains flat, the number of new entities coming on the network currently depicts a notable W-shaped recovery. Commenting on the same, Clemente said,

“It’s literally a big W on the chart, but I think a lot of this is retail.” 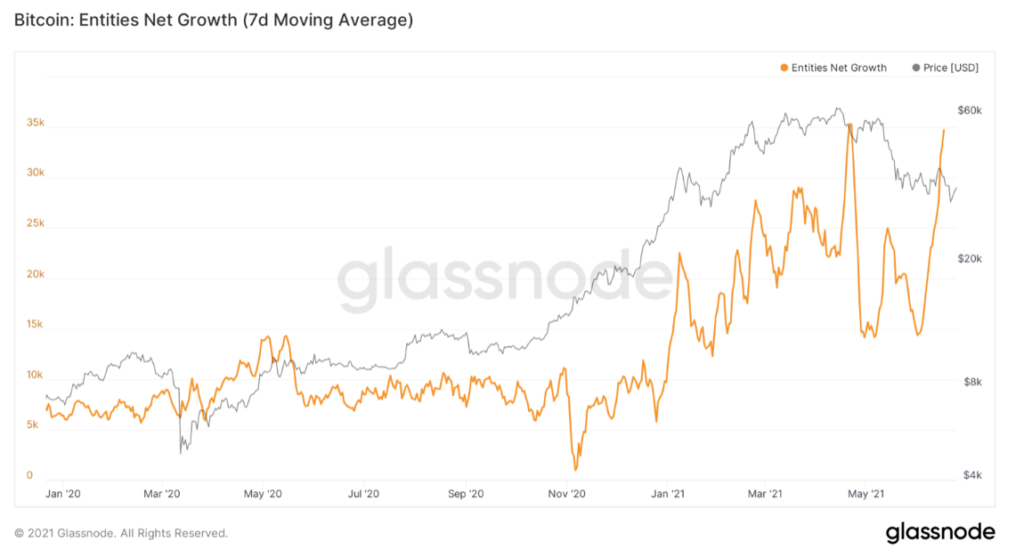 Further highlighting the key reason why he believed that the inflow was coming from retail participants, Clemente underlined that the market had not seen any recent uptick in the number of new whales. Nevertheless, he asserted that the same was a requisite for the broader bull market continuation.

China’s crackdown on mining was evidently visible on the metrics. One, the hash rate significantly dropped, and two, from the selling pressure perspective, miners have started reducing their holdings. Nevertheless, the pressure doesn’t seem to be significant according to the analyst. As a matter of fact, all miners have reduced their holdings merely by 5,125 BTC since the end of May according to the miner balance metric.

Despite the sluggishness still prevalent in the market, the aggressive accumulation and net entity growth seem to be proceeding in the right direction. At press time, Bitcoin was trading at $34,340.

How close is Bitcoin to its ‘real bottom’?

Uniswap: Traders could capitalize on this potential trend shift