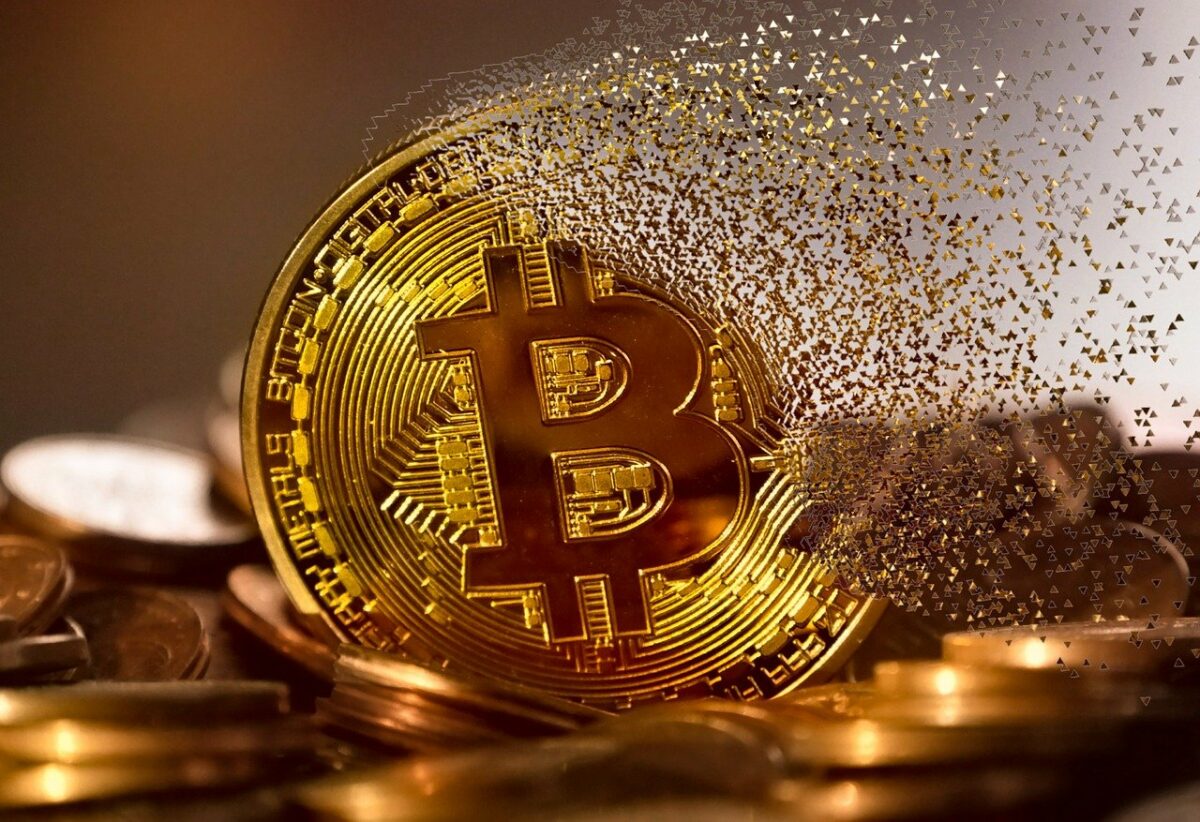 Bitcoin has been on a downward spiral since the beginning of the year, but now it is recording steep corrections. The coin has already lost over 17% of its value over the past week, trading at around $35,500 at press time.

But, it is also worth noting that Bitcoin has lost 50% of its value from its November record peak last year. This seems to be affecting some major funds offered by Grayscale Investments.

In fact, commentator Peter Schiff noted in a tweet,

Meanwhile, Grayscale’s biggest and oldest fund, Grayscale Bitcoin Trust (GBTC), which held $25.3 billion in assets, is now trading at a record discount of 30% according to Coinglass. This, despite returning close to 26,000% since its inception.

The world’s largest bitcoin fund, the $27.1B @Grayscale #Bitcoin Trust ($GBTC), dropped to a record discount to its net asset value (NAV) this week. At one point, the shares traded 28% below the underlying value of the bitcoin held within the trust. pic.twitter.com/EPnRGQGEzb

Having said that, Grayscale’s total Assets Under Management (AUM) stood at $35.4 billion on 21 January – A major one-day fall from an AUM of $38.7 billion reported on 20 January. 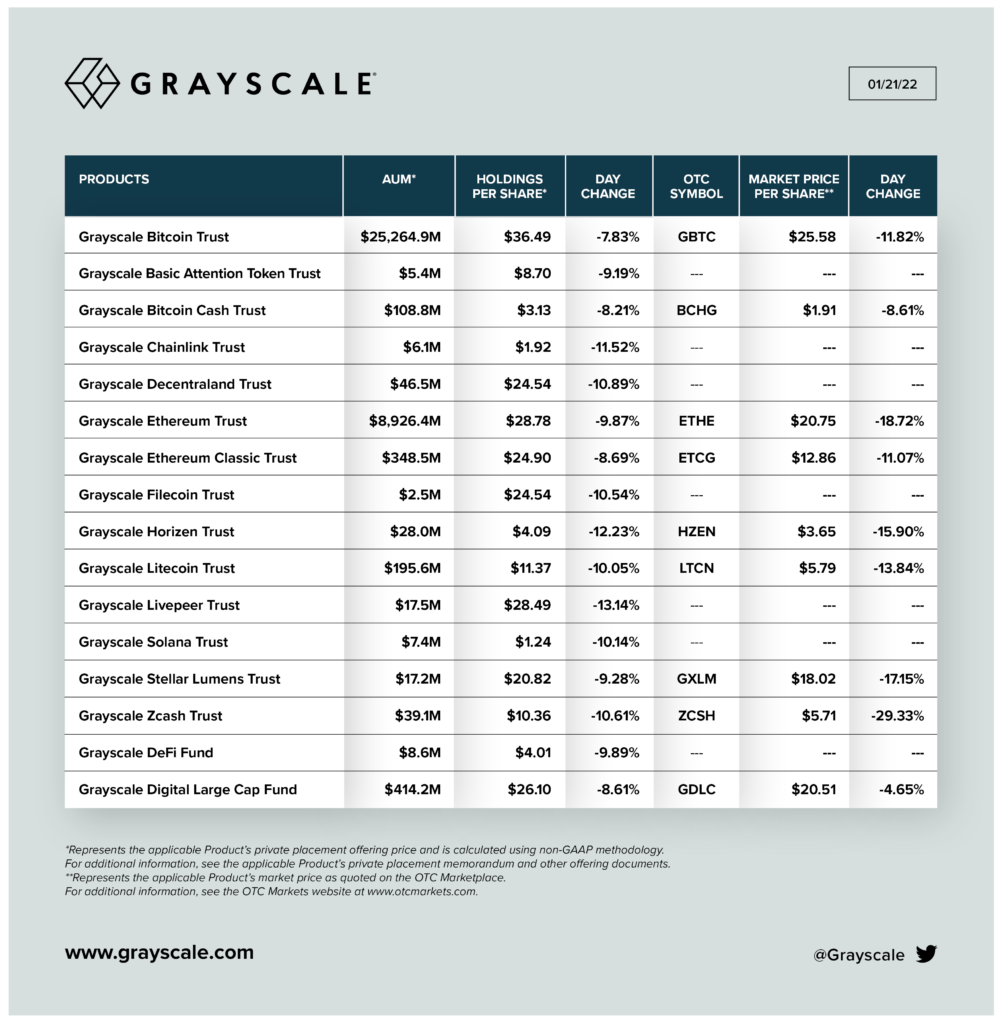 Here, it should also be pointed out that at the end of December, Grayscale Investments was holding $43.6 billion AUM under its various crypto-offerings. From there, the fund has lost almost 60% of its AUM against its November AUM figure of $60.9 billion.

A while back, Grayscale CEO Michael Sonnenshein had taken to Twitter to state,

“Buy the slump. sell the pump.”

Essentially suggesting that it might be a good time for accumulation.

Having said that, the fund manager’s second-largest fund Grayscale Ethereum Trust reported an AUM of $8.9 billion. The fund that is solely and passively invested in Ethereum has returned close to 260% since its inception. But, as of 31 December, ETHE held $11.6 billion in AUM. It has recorded a fall of 23% since the end of last year.

However, amid the prolonged market weakness, Grayscale has recently added a new fund called the Bloomberg Grayscale Future of Finance Index. The “Future of Finance” basket in the fund represents companies in the digital economy with categories involving financial foundations, digital asset infrastructure, and technology solutions.

It is also noteworthy that ResearchAndMarkets.com’s institutional interest report had previously stated that GBTC and ETHE are popular cryptocurrency funds through which investors gain exposure to BTC and Ether, adding,

“[It] is an important measure of institutional interest and confidence in Bitcoin and other cryptocurrencies.”

Therefore, it would not be wrong to infer that institutional confidence also looks weak at this point. Data from Coinshares’ Digital Asset Fund Flows Weekly also pictured outflows in the last five consecutive weeks.

With crypto winter back, the White House is making big plans for the sector