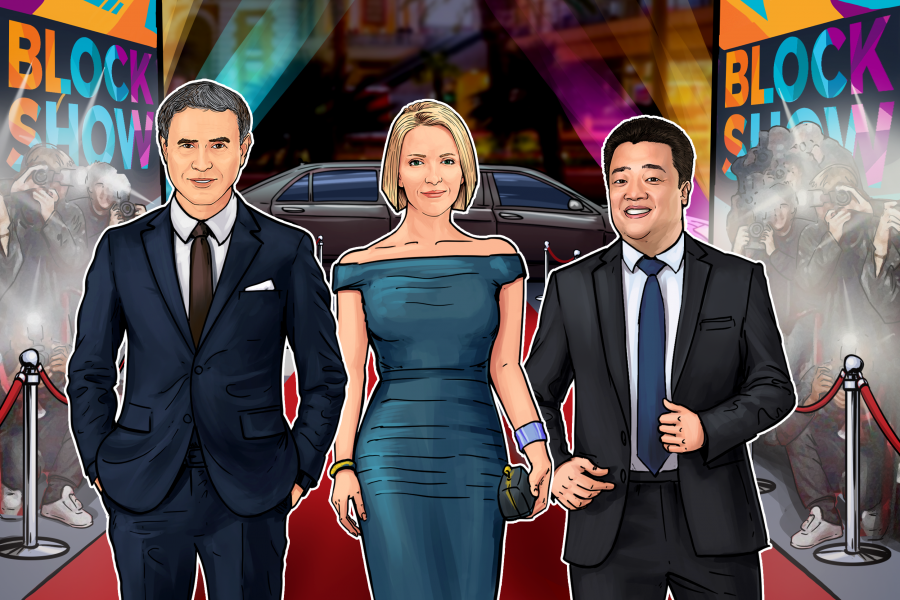 As expectations turn high, BlockShow Americas 2018 ups the ante. Expect a star studded event this year.
The excitement is palpable as the date draws near to BlockShow Americas 2018, the industry’s leading conference. No wonder the expectations are high and the attendees are lining up to be at The Venetian, Las Vegas between August 20-21, 2018. What sets BlockShow apart from any other Blockchain event are the people who support and participate in it. The two day event will see over 1500 attendees from more than 50 countries. What is more there will be more than 80 speakers present who will share their unique insights.
Blockchain and media stars to bedazzle attendees
This is the first time that BlockShow has arrived on the American continent and BlockShow have left no stone unturned to bring the best with them. Our speakers pack decades of experience and are the voice of the Blockchain world. Some notable speakers are:  Bobby Lee, Co-founder of BTCC, who also serves on the board of the Bitcoin foundation and is CEO and co-founder of BTCC, China’s first Bitcoin exchange. Nouriel Roubini, CEO of Roubini Macro Associates would also be speaking at the event. Nouriel predicted the global financial crisis of 2008.
He is also a professor of Economics at New York University’s Stern School of Business. Mike Butcher, Editor-At-Large TechCrunch, who was awarded the MBE at the Queen’s Birthday Honours List in 2016, Johanna Masaka, CEO of Global Situation Room, who was also the former White House Press Advance for President Barack Obama and Alex Mashinsky, Founder of the Celsius Network, Serial Entrepreneur, Venture Investor and Tech Innovator are just some of the names of BlockShow Americas 2018 speakers.
The media will be present in numbers as well as there are more than 200 journalists expected at the event. Our media partners for the event include Crunchbase, Bitcoin.com, amTV, NEWSBTC, Investing.com and more. Media personalities from amTV and noted journalists like Rachel Wolfson contributor for Forbes and Craig S. Smith, journalist at the New York Times would be among the speakers as well.
Exhibits and partners that wow, amaze and connect
BlockShow has always been the place to witness innovation firsthand. At Las Vegas, you can expect that tradition to continue. Some of the exhibitors this year range from Ginco, which is a Universal Asset Hub in the digital currency ecosystem, Traceto.io – A decentralised network that provides an inclusive KYC solution to digital currency and blockchain product companies, ASQ protocol – A decentralised content economy that rewards participants for creating and engaging with quality content, Celsius – A wallet that pays you back, Mir Coin – A cryptocurrency in everyday life, Gozo – Empowering the travel industry with Blockchain, Wattle Wallet  – An extended digital currency wallet with instant access to trading and exchange, X-Block – The first global blockchain 4.0 based on fog computing and AID Coin – Blockchain based solution that brings back trust to the charity sector. Exhibits are not only a showcase but also an opportunity to broaden horizons through networking.
BlockShow Americas 2018 is also about forming partnerships that add to mutual worth. The event has already attracted valuable partnerships and has the support of Decent, provider of an advanced blockchain ecosystem, ICObench, an ICO rating provider, CryptoFriends, a group of professionals with an exclusive network of smart connections throughout the crypto community and SV Insight, Media and Blockchain connect conference organiser.
Your ticket to the Blockchain world
Whether you are a crypto hobbyist, an entrepreneur or an investor, BlockShow Americas 2018 is the place to be. Tickets are now available for Attendees, Startups and Investors. Come and make your presence felt at the 2 day event. This is your ticket to the Blockchain world.