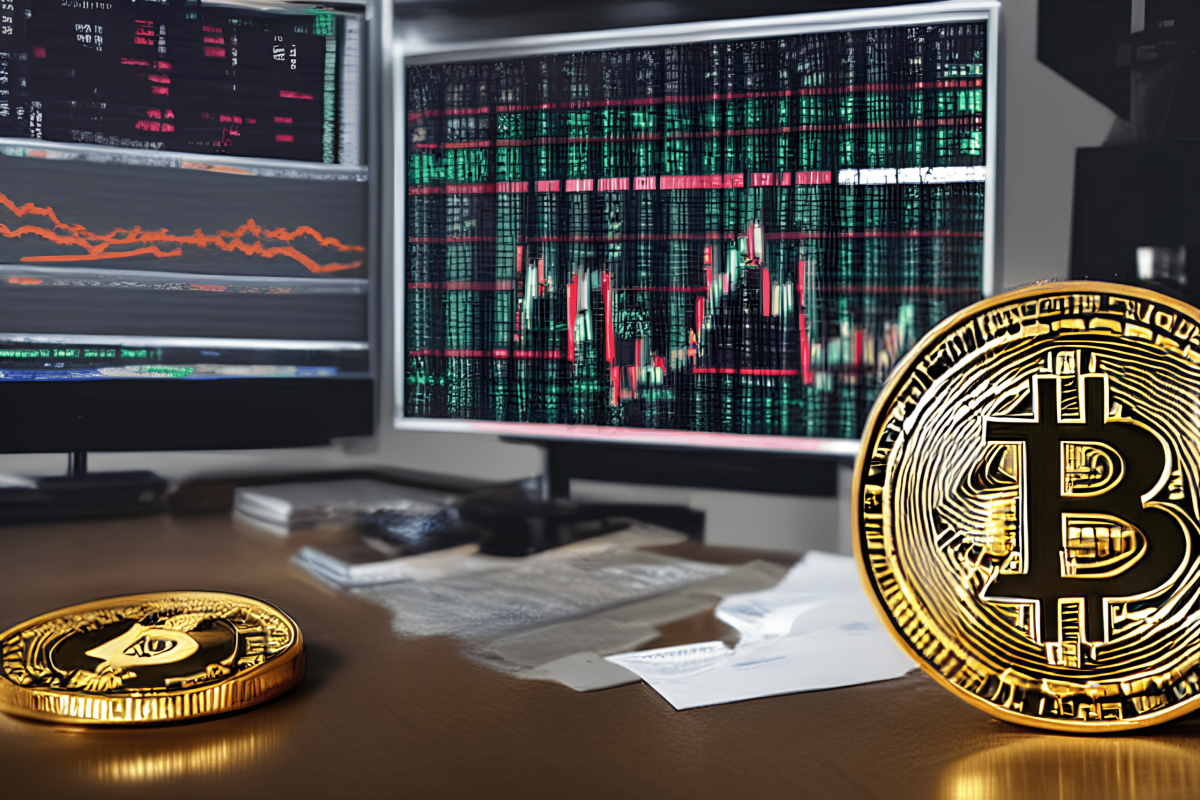 Bitcoin [BTC] futures traders changed their “mode of operation” since the coin exited the $19,000 region on 25 October. According to CryptoQuant analyst Maartunn, open interest in the derivatives market had always followed the same trend as the price movement.

This was the case for the two months that BTC traded between $18,500 and $23,000. Maartunn noted that the correlation almost seemed inseparable until the latest uptick when BTC traders opted against following the trend. 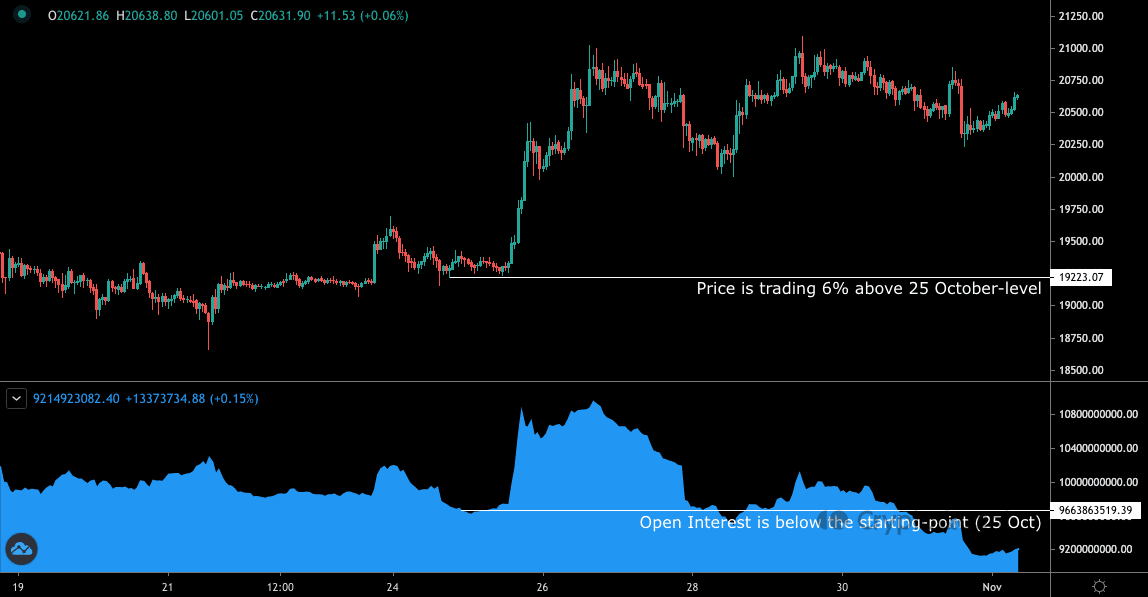 With this status, it seemed that traders shifted their focus to some other assets in the futures market. Despite the observation, BTC traders on exchanges including FTX, and Bybit retained a positive interest in trading the coin according to Glassnode.

However, it was not the same situation for the world’s largest exchange, Binance. Glassnode data showed that the open interest on the exchange decreased significantly over the last 24 hours. At press, the futures allocated funds on the exchange had decreased by $161.55 million within the period. 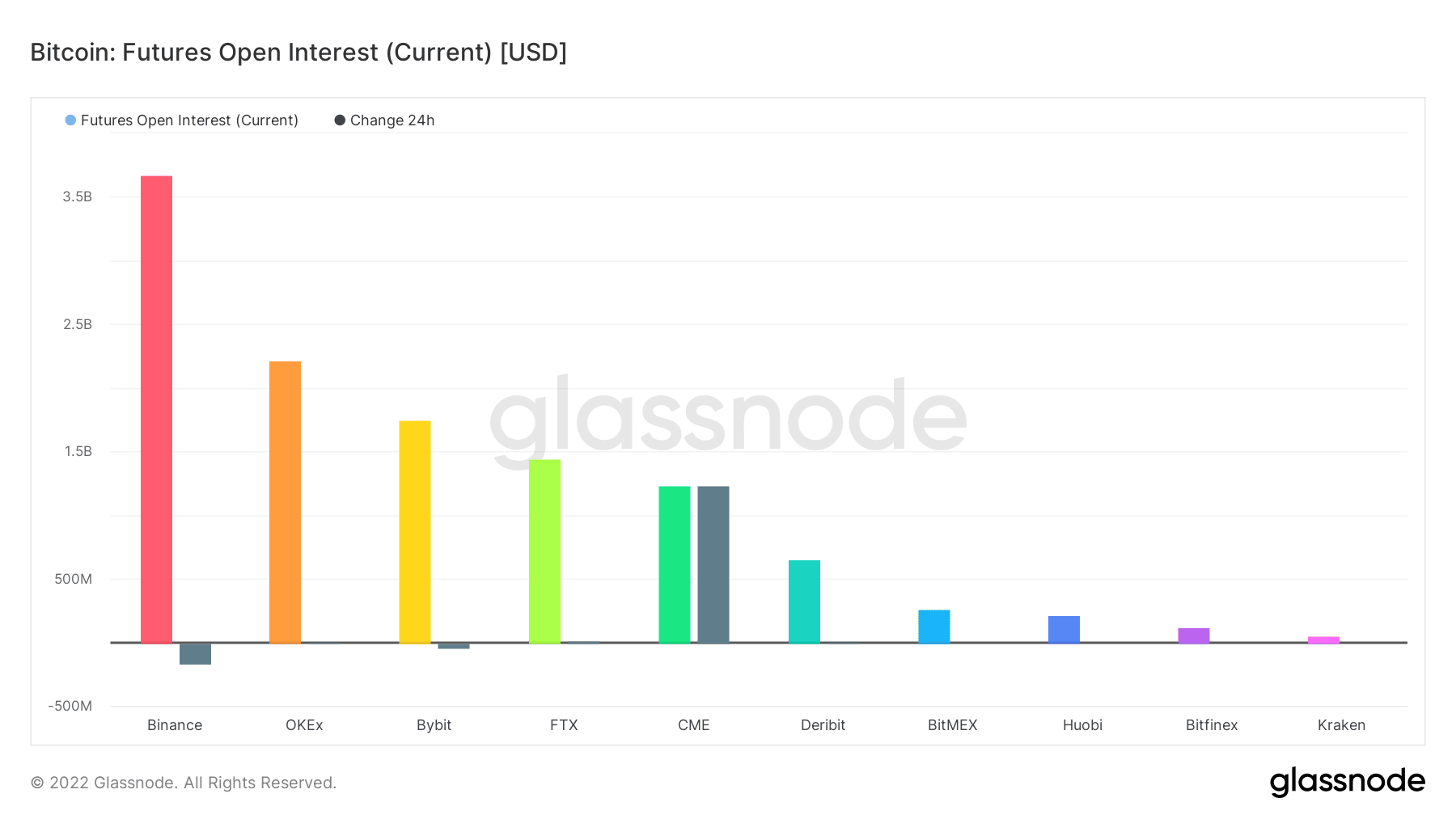 BitMEX and Kraken also registered reductions in volume. Considering the above data, it implied that Bitcoin traders did not find the king coin worthy enough to profit from. This was especially the case as a number of other cryptocurrencies outperformed it.

As expected, the lack of funding obviously affected liquidations. According to Coinglass, BTC liquidations in the last 24 hours stood at $19.64 million. Compared to the over $800 million recorded on 24 October, this was a very low number.

As of 31 October, more longs were liquidated as it formed $70 million of the total $104 million wipeout. This implied that the decreasing BTC price after it rallied up to $20,900 had massively affected futures traders. With the coin consolidating around $20,500, there could be more liquidation for traders who decide to go long again.

Whales have this to tell

According to another CryptoQuant update, it seemed that Bitcoin whales were determined to support the objectives of bears. This was because, Abramchart, another analyst pointed out that an unusual number of whales were moving their holdings into exchanges.

In his post, he noted that investors who held between 1,000 BTC and 10,000 BTC were the most involved in this recent action. A look at CryptoQuant’s data showed that there has been an excessive flow of Bitcoin into the top ten exchanges.

Furthermore, as of this writing, inflow into these exchanges had increased to 21,349 BTC. Due to this high value, it was certain that there would be high selling pressure. Also, if maintained or BTC increased flow to spot wallets, it was likely that a further price drop would be inevitable. 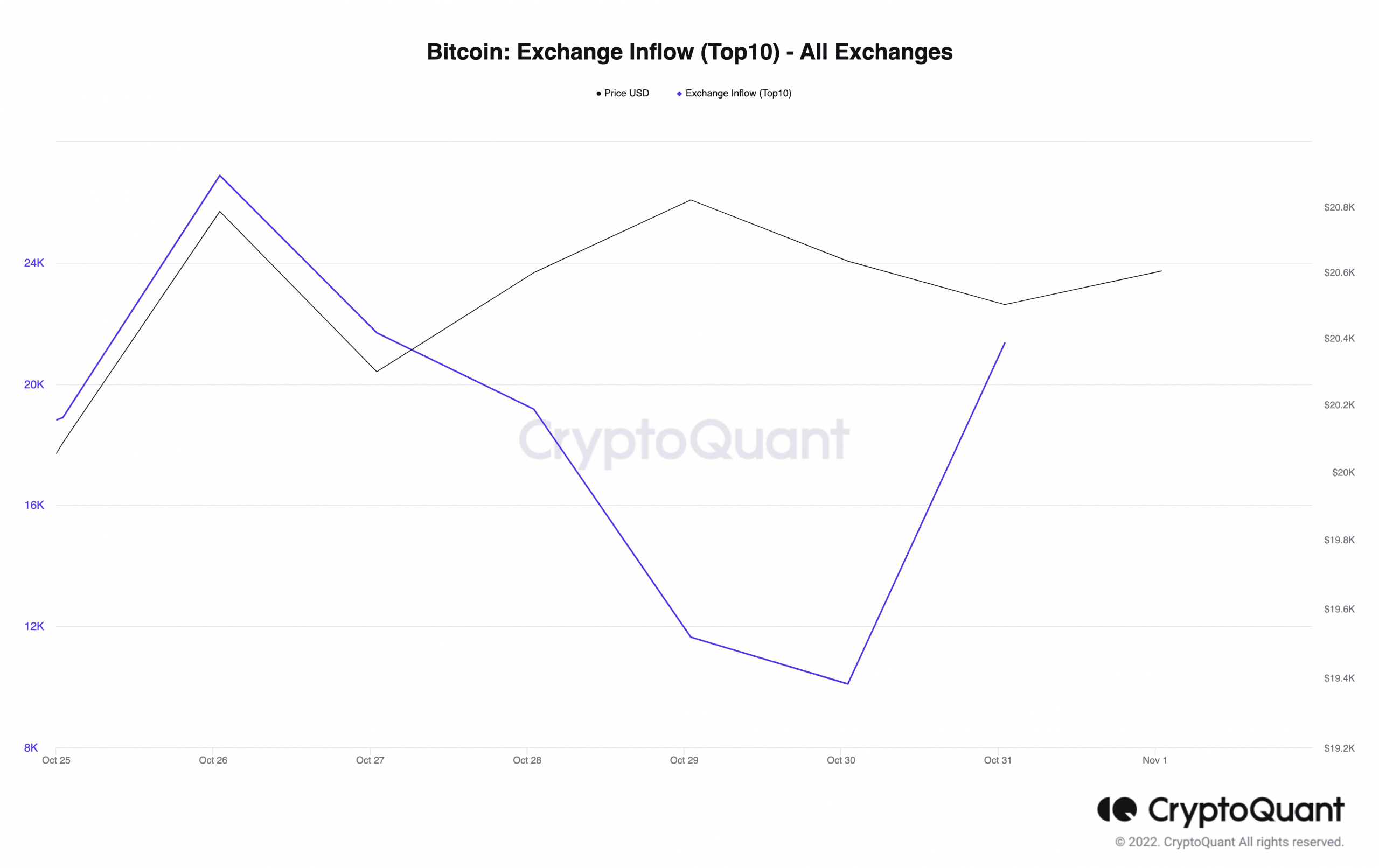 Chiliz [CHZ] bears are tugging for more control, but here’s the catch