DAO or Decentralized Autonomous Organizations have grown in both popularity and utility in the past few years. While a system governed by a community with no centralized leadership offers a lot of advantages, one of the major problems faced could be getting the framework of the DAO in place.

Colony provides organizations, companies, and users with an easy-to-use framework that would enable them to run their DAO in a simplified manner. The platform provides a complete package from fundraising, revenue sharing, arbitration to on-chain payments, team’s authority, and governance. These 20+ features include innovative features like the ‘lazy consensus’ mechanism and reputation-weighted voting that help in running the DAO smoothly.

In an interview with Jack du Rose, CEO of Colony we discuss the platform, their Dutch-style token sale, Lazy consensus mechanism and much more. 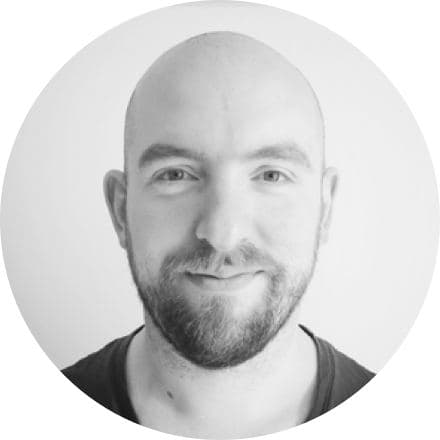 1. Tell us more about your vision behind creating the Colony platform?

I was working as a jeweler in London with subcontractors around the world. It was fun, but really hard from a coordination perspective. I often felt like the incentives within my supply chain were not well aligned (particularly in the sales & marketing realm, but in other areas as well). There was always just a kind of fundamental tension there.

At some point, I had a client who was the daughter of a Russian oligarch. During an event I was attending in Moscow, she asked if I could help her start a company that was similar to the one I was running, and I had this really visceral negative reaction. I thought this was curious because it was basically a blank check being waved under my nose. It caused me to go back to my hotel and think about why I was reacting so badly to the idea.

I realized that I really hated what I was doing. I hated how difficult and frictional everything was. It occurred to me at maybe 2 or 3 AM, “would it be possible to create a supply chain that would be more self-organizing by aligning all of the incentives with everyone within it? Without me needing to be the person prodding everyone and getting them to play nice?”

Once I got through my first thinking about Colony as a tool for my own supply chain, I kind of quickly moved on to being very excited about opening up a world of collaboration with potentially thousands of people able to work together on things in a sensible and meaningful fashion. Like, what if you had something the scale of a subreddit, but where shit got done rather than just talked about.

2. Decentralization is a major factor on Colony. Can you explain to us the thinking behind this?

Decentralized software as a concept opens up some really interesting opportunities to think about the technology we’ve created in quite different ways: ideally, you can create a piece of software that can exist in the indefinite absence of the creators. The Colony network, for example, will be “out there” and can never be taken away.

That means people can have absolute confidence in the fact that this piece of software that facilitates their endeavor is going to be there for as long as they need it. At this point, you can come to think of that software as infrastructure for the internet, rather than an application that is owned by a company and could be taken away. Companies can go out of business, be acquired, or otherwise change the rules, and none of those things are possible if you’ve got correctly built, decentralized and trustless software.

3. How do reputation points work? What helps them stay relevant on the platform?

Colony aims to be broadly meritocratic. Our aim with the reputation system is to enable an emergent and dynamic decision-making hierarchy in which all of the right people are in the right places. Consequently, the majority of decisions in a trustless colony are weighted by the relevant reputation.

Practically, reputation is a number associated with each user. It attempts to capture the value of that user’s contributions to the colony over time. It’s used to weigh a user’s influence related to their demonstrated expertise.

All reputation earned by users will decay continuously over time. In addition, you can lose reputation through e.g. reputation penalties. That means all reputation that is earned will eventually be lost through inactivity, error, or misbehavior.

Unlike tokens, reputation cannot be transferred between accounts, as it represents an appraisal of the account’s activities by their peers. So, reputation must be earned by direct action within the colony.

4. Colony aims to provide an easy-to-use DAO framework. Can you walk us through the process of it?

Setting up a colony is not more difficult than setting up a Facebook group. The process requires no coding and only takes a few minutes. Before getting started you need a Chrome browser with Metamask installed and some xDai. The user is then ready to create a colony on our website. After claiming a username, a DAO name, and URL, the user can either choose to create a new token or import an existing ERC20 token. After a few transaction signings on Metamask the colony has been successfully created. The next steps may be to fund the DAO, mint tokens and allocate funds, and of course inviting collaborators to get comfortable in their new DAO.

5. What is the lazy consensus mechanism? Tell us more about it?

In most DAO frameworks, the way in which collective-decision making is done is usually through voting. As Colony is designed for the day-to-day operation of an organization, voting on every decision is rather impractical.

That’s why we put emphasis on ‘getting stuff done’ and not ‘applying for permission’. Our governance model lets colonies use “Lazy consensus” to do decentralized governance without voting. It works as follows: someone in the colony “Motions” that something should happen by staking on their suggestion, for example: “Pay Sophie 100 tokens”. As long as nobody objects, after a security delay, Sophie will get paid. Only if someone stakes an objection it becomes necessary to vote.

6. The Colony token sale is taking place in a ‘Dutch’ auction-style over a span of 4 days. What is the reason behind this?

Our token sale, which is done through our own on-chain mechanism called Coin Machine, seeks to find a fair market price for a new token by selling limited amounts of tokens in fixed-price batches, adjusting prices up or down in between sale periods based on recent demand.

Think of it like a continuous series of hard-capped micro-ICOs in which token price is determined by performance in prior sales: if demand for the token is high, then the price will increase, if demand decreases as price increases, then price will decrease to attract more buyers.

Our model sacrifices continual availability and real-time price adjustment for the simple semantics of fixed price and fixed supply, thereby also sidestepping the challenges of price manipulation, volatility, and front-running.

7. Community is an important part of any platform. How do you plan to keep your community engaged?

Community is not just an important part of the platform – it’s becoming Colony in its entirety. Our forthcoming token sale enables the transition to the Metacolony (Colony’s DAO) and as a team we’ll be handing over control to our community. We’re not raising these funds for “ourselves”. We’ve built the tools to allow the community to effectively self-govern and we’re raising the funds to capitalize on the DAO. We will ultimately have no greater control over that than anyone else who contributes valuably to it.

To activate the Metacolony, we recently launched Mission Control. It’s a platform where anyone can discover and contribute to their favorite DAOs. We’ve already made our own Colony missions (bounties) available where community members can complete tasks based on their relevant skills and experience to earn CLNY tokens and reputation in the Metacolony.

We’ve also partnered with some of the most prominent DAOs (such as Krause House, ShapeShift, and Gnosis) to expand our ecosystem and cross-pollinate with other tokenized communities. This will dramatically increase the contribution opportunities for Colony community members – even to other DAOs.

To encourage self-directed Metacolony contributions, we’ve also launched a Colony Points system. It’s a Discord tool to keep track of outstanding contributions from the community and to reward those who go the extra mile. Over time, this will lead to the establishment of a “points economy” in which members can reward other members for their outstanding work with these Points. We see this as a great catalyst for community-driven initiatives and projects.

8. Tell us more about some partnerships or collaborations that we can look forward to?

Colony’s ambition is to catalyze nothing less than a “Cambrian explosion” of previously impossible organizational forms that blur the boundaries between companies, platforms, workers, and users, and engender new paradigms of occupation and income.

To realize the full potential of blockchain smart contracts as the basis for new kinds of on-chain organizations that resemble the open, participatory, and adaptive organizations in the “meatspace” we are partnering with The Ready, a leading organizational change consultancy.

The Ready is at the forefront of the growing movement towards more responsive forms of organization. Their client list—from Roche to sweetgreen to the Federal Reserve Bank—includes some of the most influential and interesting global organizations.

9. What lies ahead on the Colony roadmap?

Our ambition is to deliver the most powerful DAO platform, so our plan is to keep a steady stream of more advanced features. Some of the features that we are shipping very soon are:

Smite: This lets users punish coloneers who use their powers irresponsibly.

Gnosis Safe support: This lets the DAO use its multisig to control a colony’s most critical permissions.

Metatransactions: This enables end-users to avoid paying any gas fees. Users simply connect to  Colony with their Metamask set to mainnet, and use Colony on xDai without paying gas.

In 2022 users can expect more functionality around budgeting and finance, including

The complete roadmap feature by feature can be found via our website.

(link to our roadmap: https://portal.productboard.com/colony/1-colony-portal/tabs/2-planned)

For more information on Colony, please check out their official website.