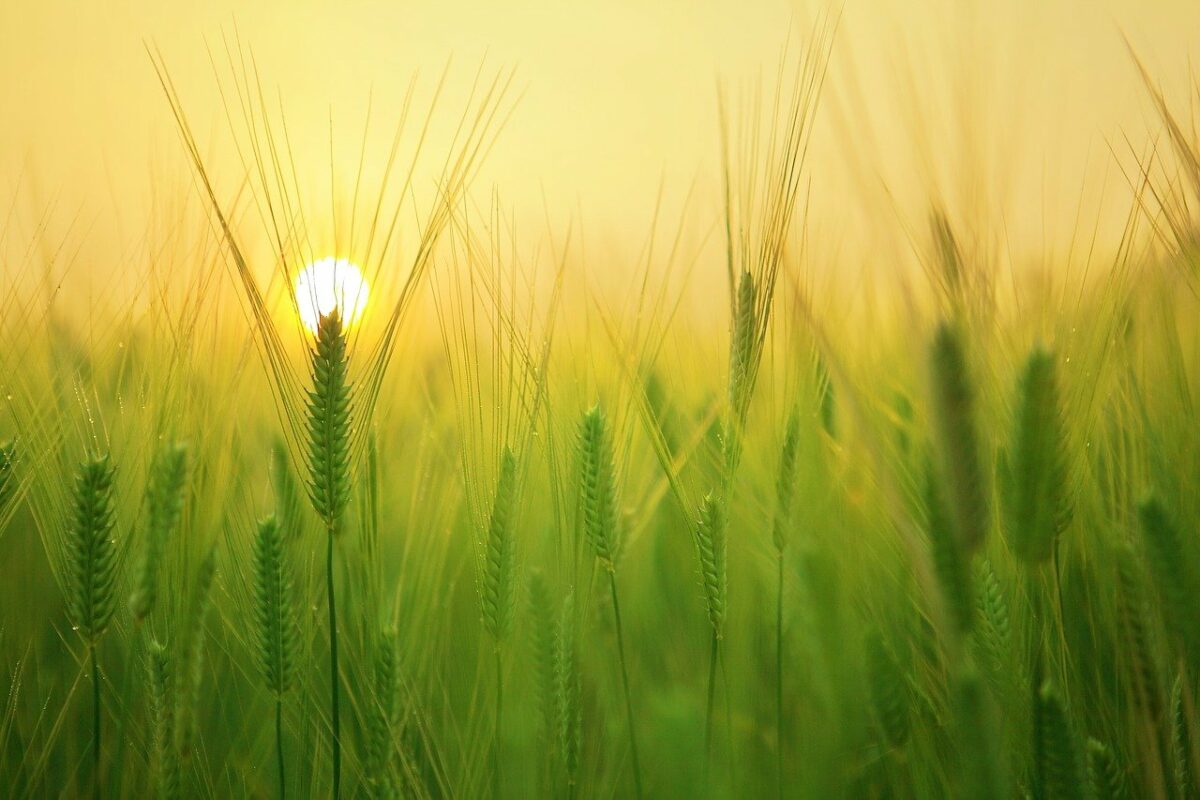 The past two weeks have been pretty volatile for Cosmos on the price charts. There certainly has been some bullish impetus in the past couple of days, and demand has stepped in to drive ATOM prices higher. In the short term, it is expected that this bullishness could continue. 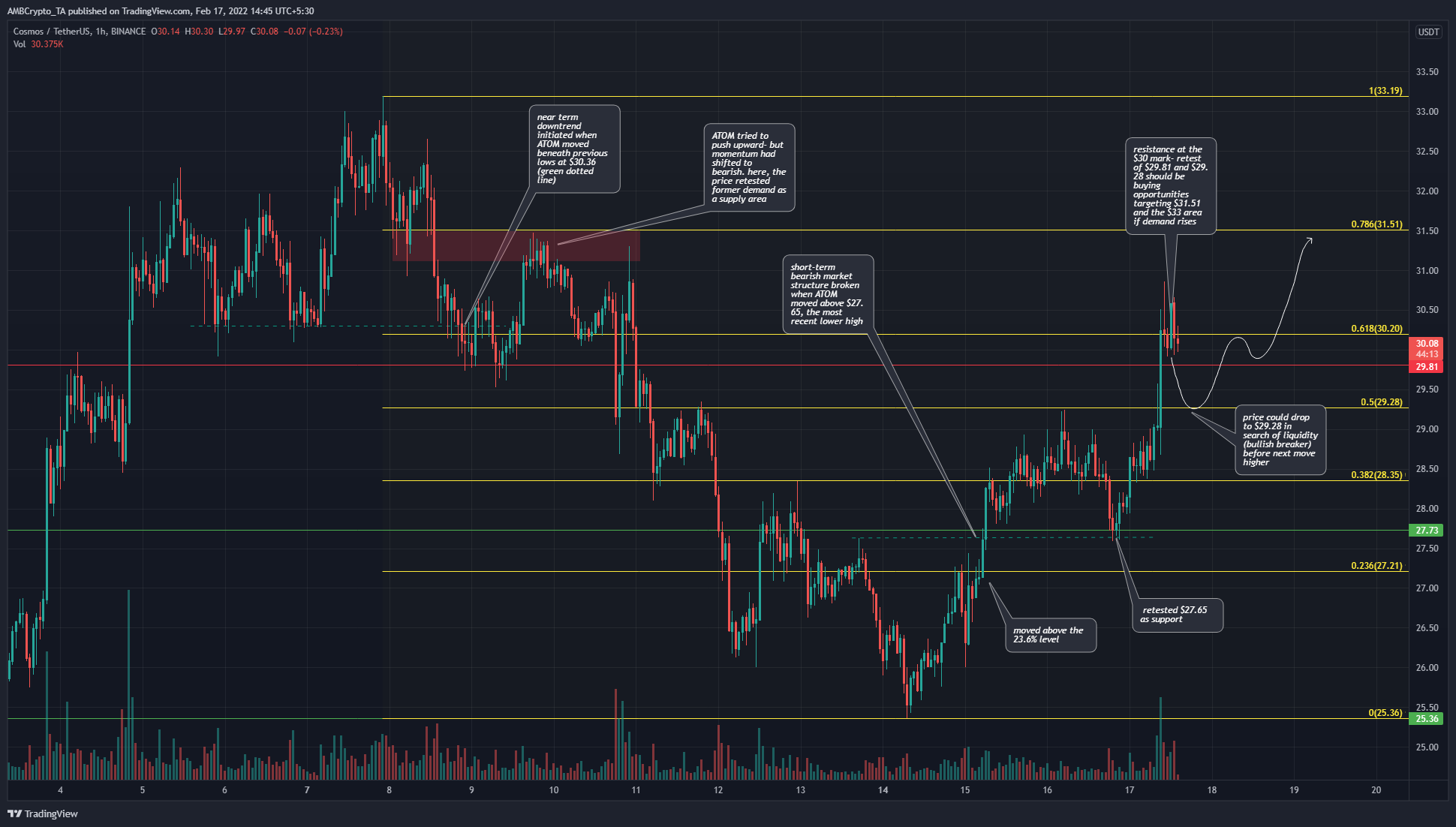 On the 1-hour chart of ATOM above, some important junctures in the past week for the price of ATOM were touched upon and explained. At the time of writing, ATOM had a bullish bias to it. Based on the swing high and swing low at $33.19 and $25.36, a set of Fibonacci retracement levels (yellow) was plotted. Once ATOM climbed above the 23.6% retracement level, the likelihood of further gains increased.

The market structure flipped from bearish to bullish when the $27.65 level (dotted green) was broken, and when the price retested this level to form a higher low, a near-term bullish structure was strengthened.

In the next few hours, a similar thing could occur. When the price broke out past the 50% retracement level ($29.28), it did so in a single session and smashed past $29.81 to reach $30.2. Such a candle, although very bullish, also presented the possibility that price would sweep the $29.28 level once more, collect liquidity and move further higher toward the band of resistance at $31.51. 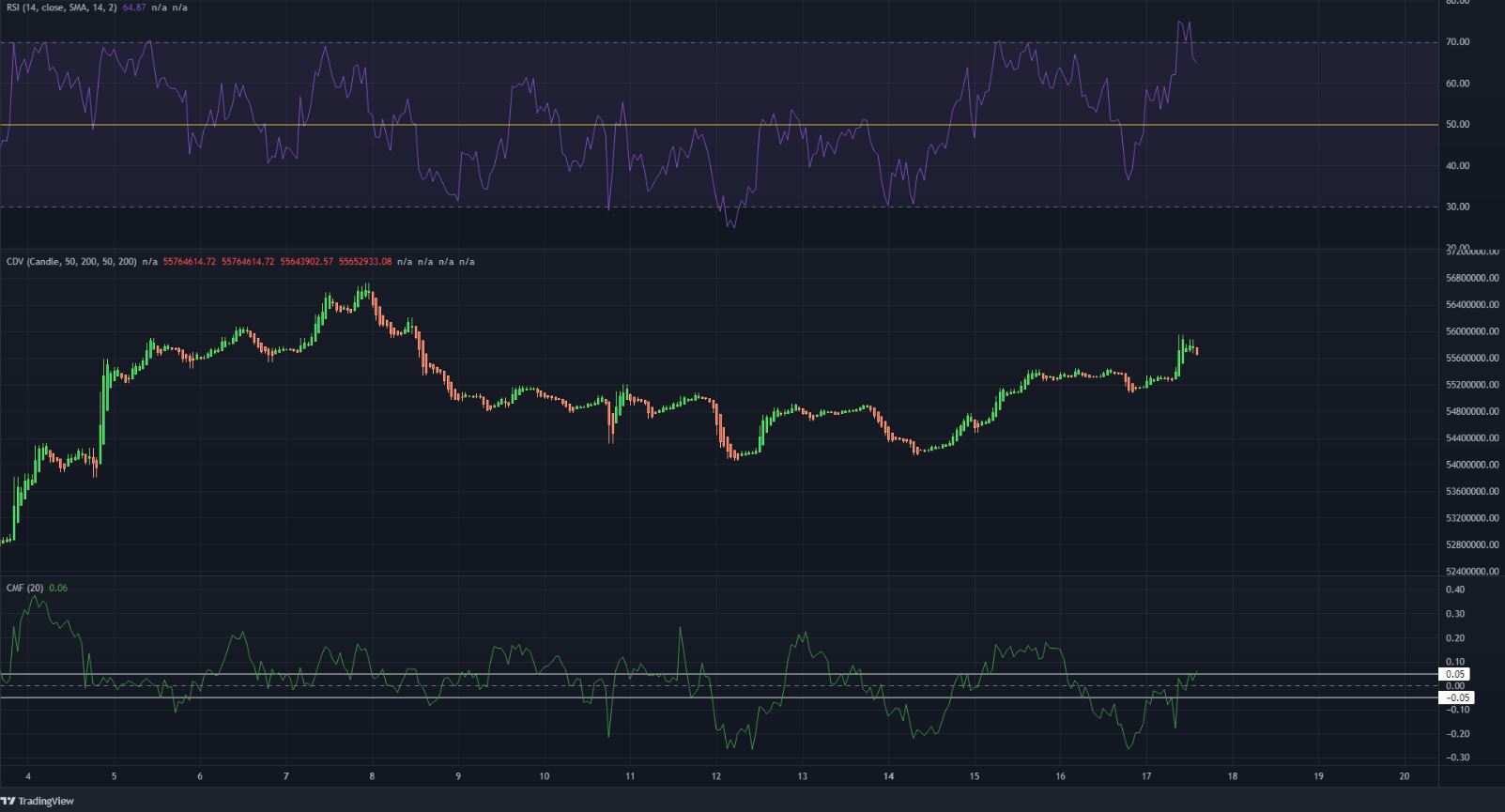 The 1-hour RSI was in the overbought area, above 70. This by itself does not necessitate a pullback, and only highlighted the bullish strength of the previous day. The Cumulative Delta Volume indicator showed that selling volume was present but not quite intense when ATOM pulled back from $33 to $25.36. It also showed that the past few days have seen steady buying volume.

The CMF indicator was in the neutral area but has been climbing in the past few hours. If it can go above +0.05 it would show that significant capital flow was once more directed into the market, that is, buyers were strong once more.

A retest of $29.28 to test for demand followed by a move up toward $32 was a bullish scenario for ATOM in the next couple of days. Such a move appeared likely, but Bitcoin could also have an impact on the market. A move below $43k-$42k for BTC could drag Cosmos downward as well.

Providing users a glimpse into the GameFi space with MetaDAO