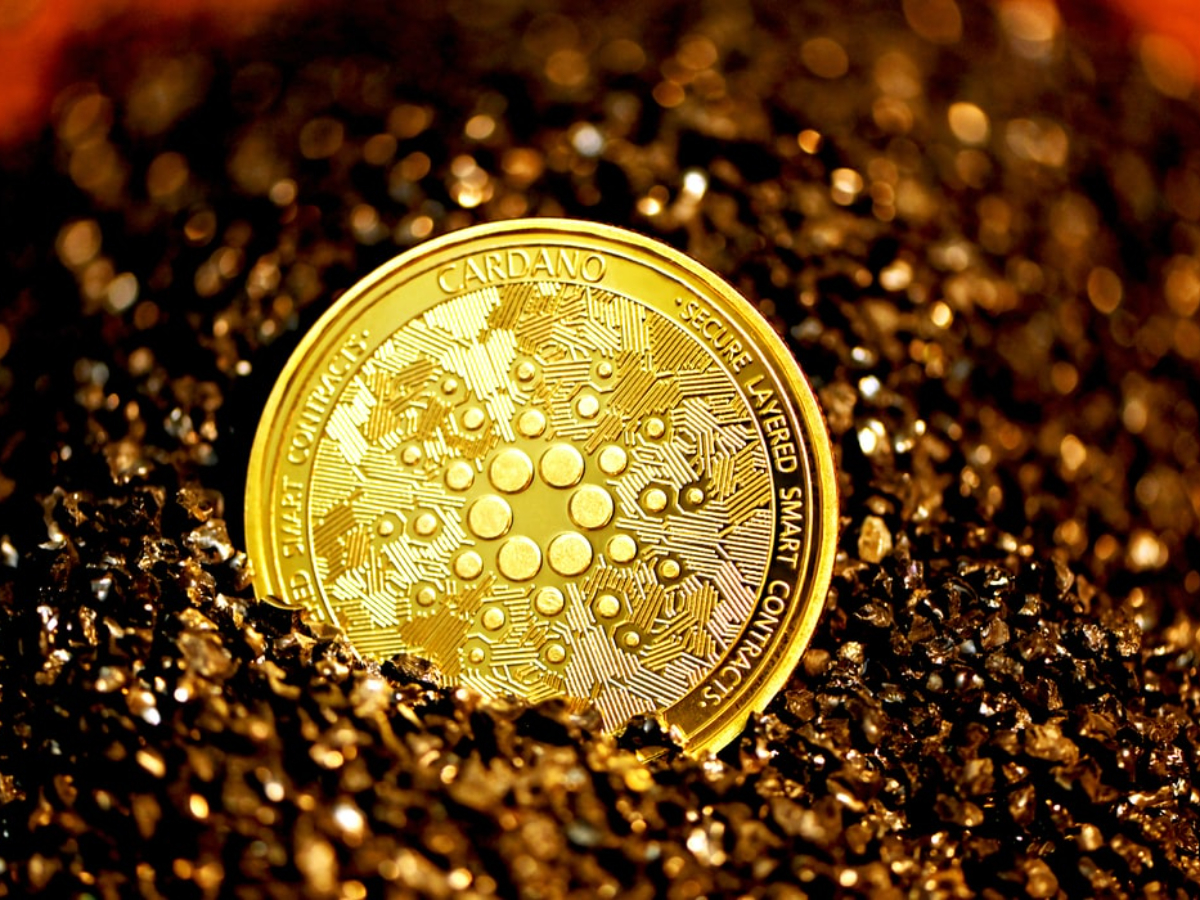 Cardano recently joined the bandwagon of smart contracts enabled blockchains. The price since then has seen many ups and downs but at the moment it is pretty much not moving at all. So in order to kick off the price movement, Cardano has taken up a new initiative. But will it work for sure?

Why is Cardano not moving?

Cardano had a great month from the end of July and throughout August. It even created a new all-time high of $2.96 on September 3, but since then its performance has been pretty lackluster.

At the time of this report, it was down by a solid 23% from the all-time high, despite multiple major single-day rises. One such rise was on September 22 when ADA rose by 13.75% and the instance had a strong effect on investors.

On the day following the rise, over 300k investors joined the network. However, the volumes were not that great displaying only a $3 billion rise. 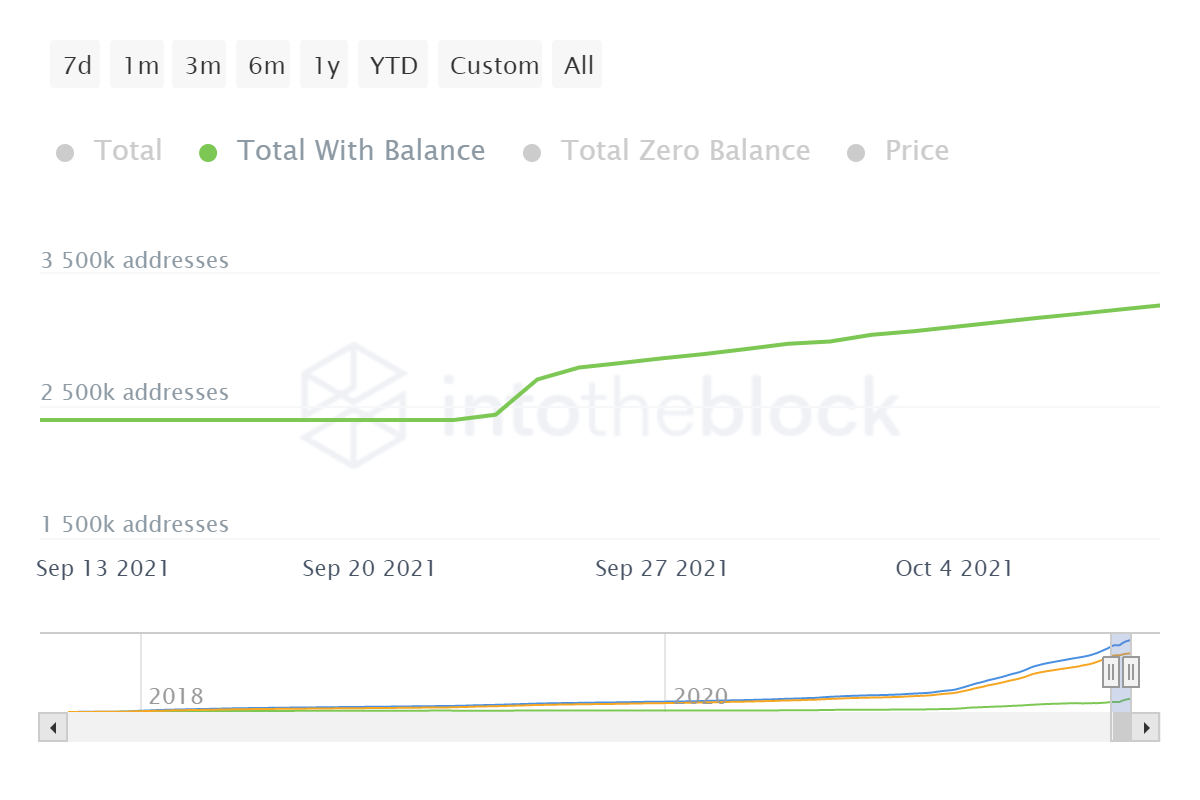 The rest of the month did not witness any significant positive movement either.

However, as bad as the month of September was, October has at least not been too harsh on the altcoin as of yet. In a way, right now Cardano’s price action is consolidated.

Despite multiple attempts to break the $2.34 resistance occurring for almost a month now, it remained un-breached. Although multiple wicks were made through it, ADA closed back down under it. 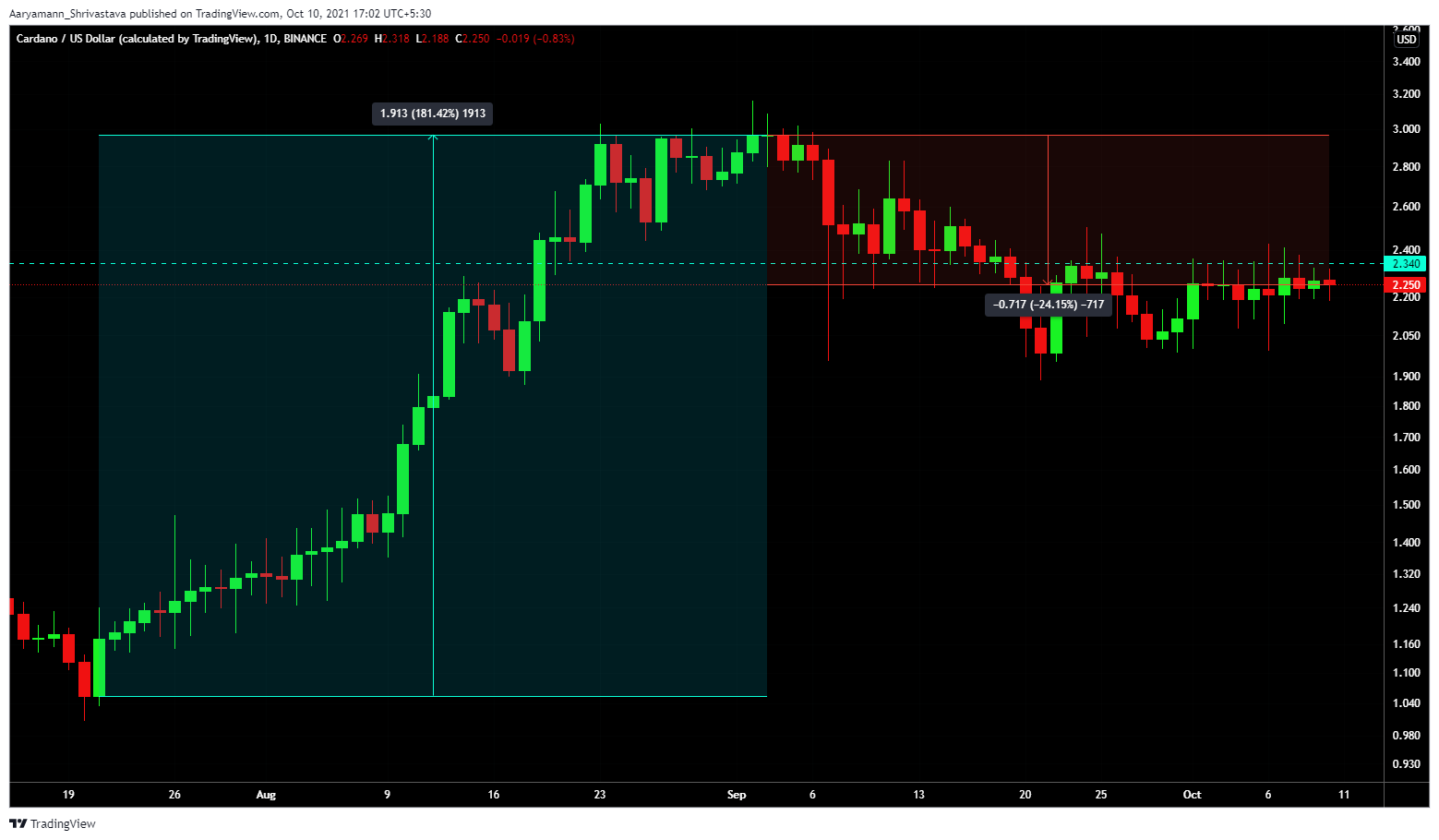 So what has Cordano done to change that?

Since the end of the Cardano summit, the foundation has taken up an initiative to promote a healthy environment as well as to help increase Cardano’s DeFi adoption and participation using the environment as the tool.

The discussion of the need for an eco-friendly token has been going on for a long time and picked up more heat when Tesla discontinued the option of paying in Bitcoin citing environmental concerns. The initiative calls for the donation of 15 – 1 million ADA which will result in a plant being planted.

In doing so the donor will also receive a digital certificate NFT, an “NFTree” art of different rarity depending on the amount donated and other perks.

Since the strategy does play on uncharted territories, it can’t be said for sure if it will be absolutely successful. How it could help the price action, if at all, is yet to be determined.

Cardano, Solana, Algorand’s trajectories could be governed by this market trend