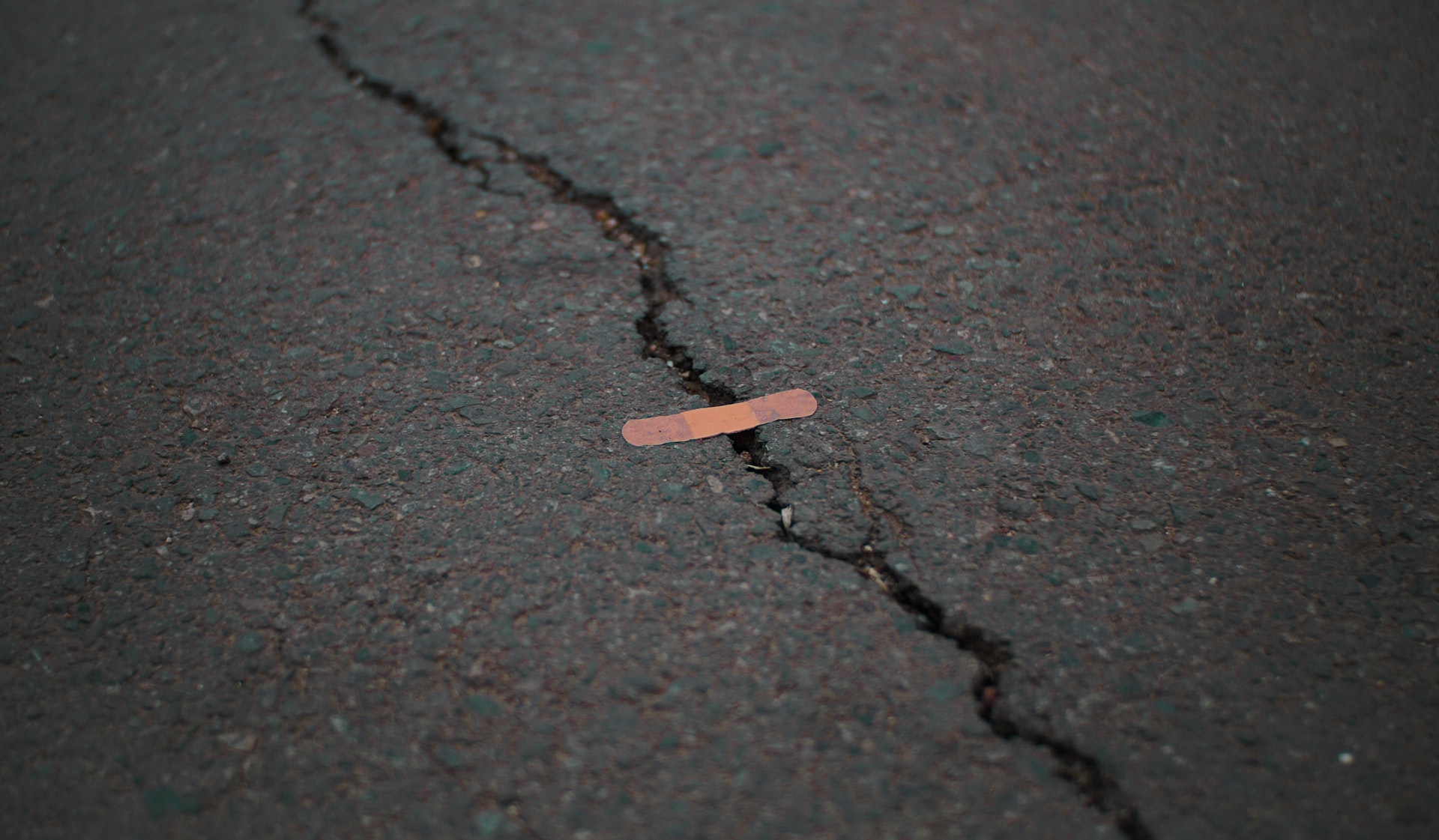 Bitcoin’s move close to the $40.6K mark on 7 January after a continued downtrend since 28 December pulled the total crypto market cap under the $2 trillion mark. With BTC oscillating at $42,114 at press time and the larger market looking relatively weak Cosmos (ATOM), the 25th ranked altcoin that recently made a new price all-time high presented a perplexing trajectory.

Where to from here?

Generally, after a coin makes a new ATH alongside metrics flashing decently bullish signals the token’s price goes into price discovery. This time, however, with Bitcoin seeing an 11% price pullback in the last four days the larger market didn’t seem to hold too well.

ATOM on the other hand saw its chance to shine when most of the market consolidated. The altcoin’s price raised by over 45% in the first week of January but BTC’s fall to the $40K bounds seemed to have affected ATOM’s trajectory too.

The above $44 zone has acted as a long-term resistance for ATOM especially when the coin is on its way to making new ATHs. This time too while a new ATH of $44.7 was made, the coin’s price soon turned from the higher resistance and there wasn’t much price difference between the coin’s previous and new ATH.

At the time of writing, affected by the larger market ATOM traded at $39.39 noting a 6.06% daily loss in price while being up 17.12% on the weekly chart. ATOM’s trade volumes which saw a healthy uptrend indicative of higher retail euphoria also started flattening presenting waning retail interest as the market risk seemed to be higher.

So, what’s in store for ATOM?

Cosmos’s growing ecosystem along with newly launched cross-chain bridges to Ethereum and the upcoming Theta upgrade have acted as potential catalysts of ATOM’s recent over 75% gains. Further, bridge protocols linking Cosmos with other EVM-compatible networks are established, and as the number of chains connected to the Cosmos increases the same could increase the total value of the ecosystem.

Additionally, the rollout of Evmos, an EVM-compatible protocol that will allow assets and projects that operate on the Ethereum (ETH) network to migrate over to the Cosmos ecosystem is set to aid the ecosystem and TVL growth. That said, till the end of last year, the ecosystem’s expansion to 28 live, interconnected chains that total to over $68 billion in total value locked has aided the bullish rally.

So, with price rally weakening and the ecosystem developments still glimmering what to expect from ATOM?

While the trade volumes and social volume has been negatively affected as the price fell, the same couldn’t be said about the alt’s Sharpe ratio. Surprisingly, ATOM’s volatility still maintained lower levels while the Sharpe ratio was still in a larger downtrend making the coin relatively safer. 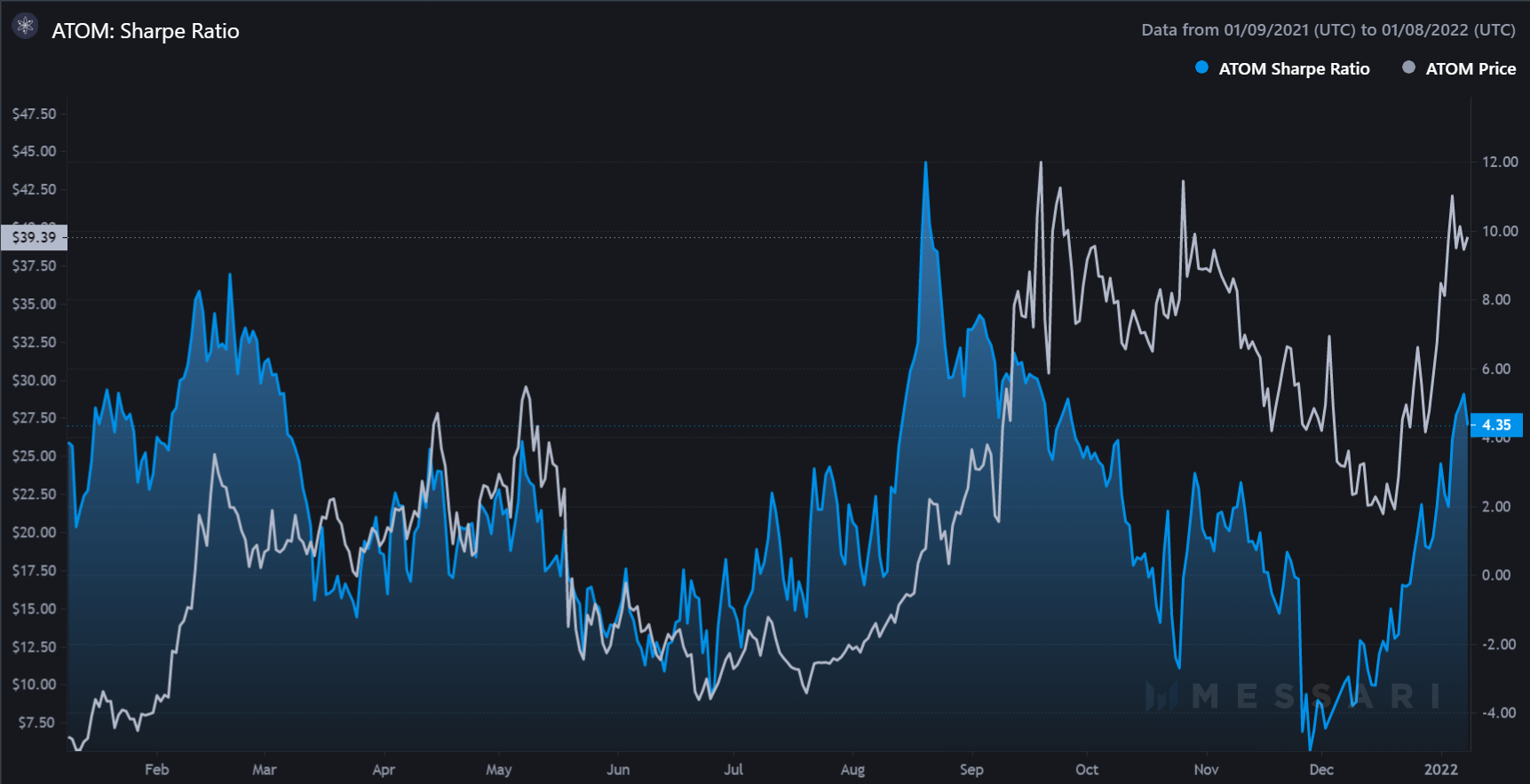 While on the outside with over +555.31% yearly ROI vs USD and a higher Sharpe ratio, ATOM still made a decent investment it is to be kept in mind that the altcoin rally weakening at the $44 level yet again was a red flag. Additionally, with the larger market and Bitcoin looking weak the chances of another ATOM rally in the short term looked bleak. Nonetheless, if ATOM maintains itself above the $40 mark a recovery could be expected.

A possible bounceback on the cards for MATIC, but is recovery still a distant dream