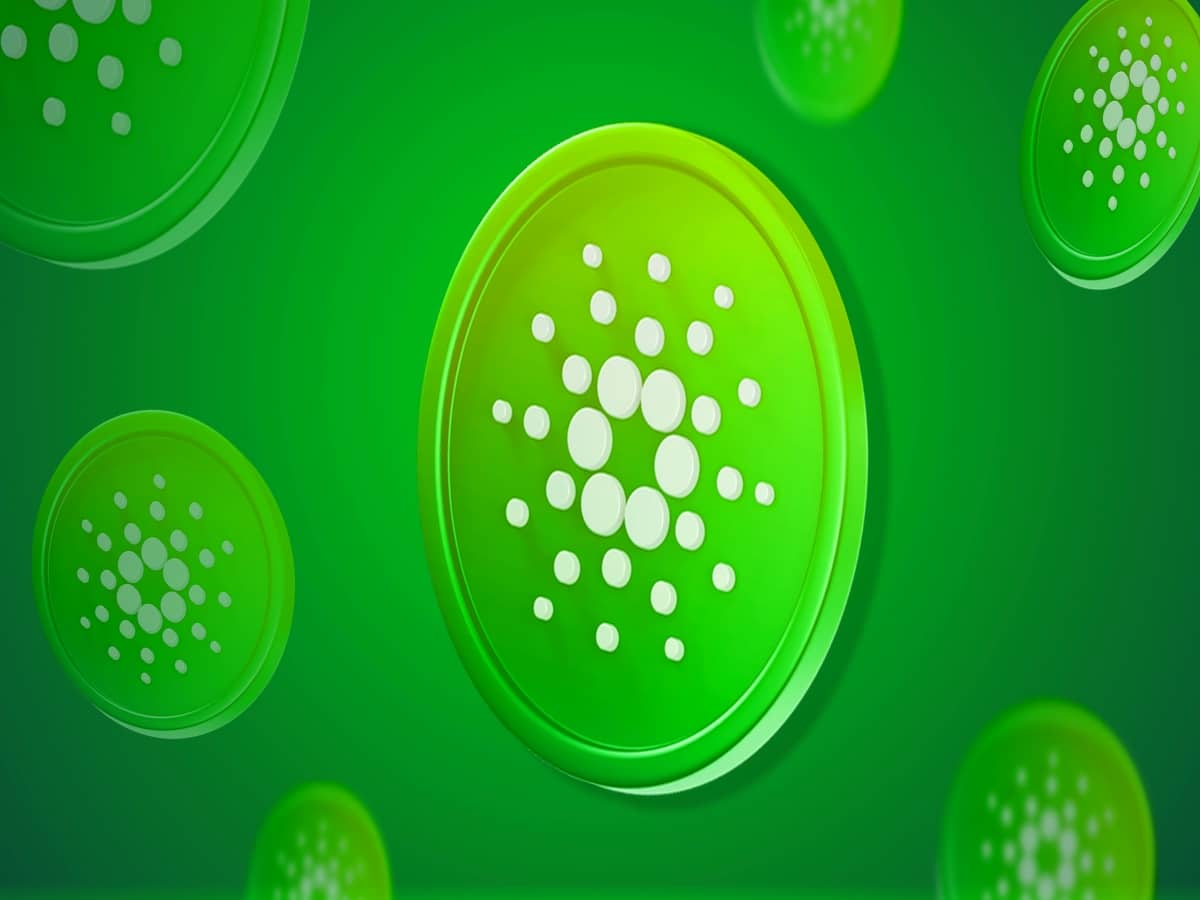 Cardano [ADA] has been under heavy selling pressure over the past few days, but the bulls are rising to the challenge. At press time, there was a flicker of green, suggesting that the bulls bought ADA at discounted prices.

It was worth noting that the slight upward momentum of ADA also corresponded with Bitcoin’s [BTC] bounce after breaking the $16.73K level. A bullish BTC could also push ADA bulls to reach the midpoint of this channel.

A multi-month parallel channel: Will the trend continue? 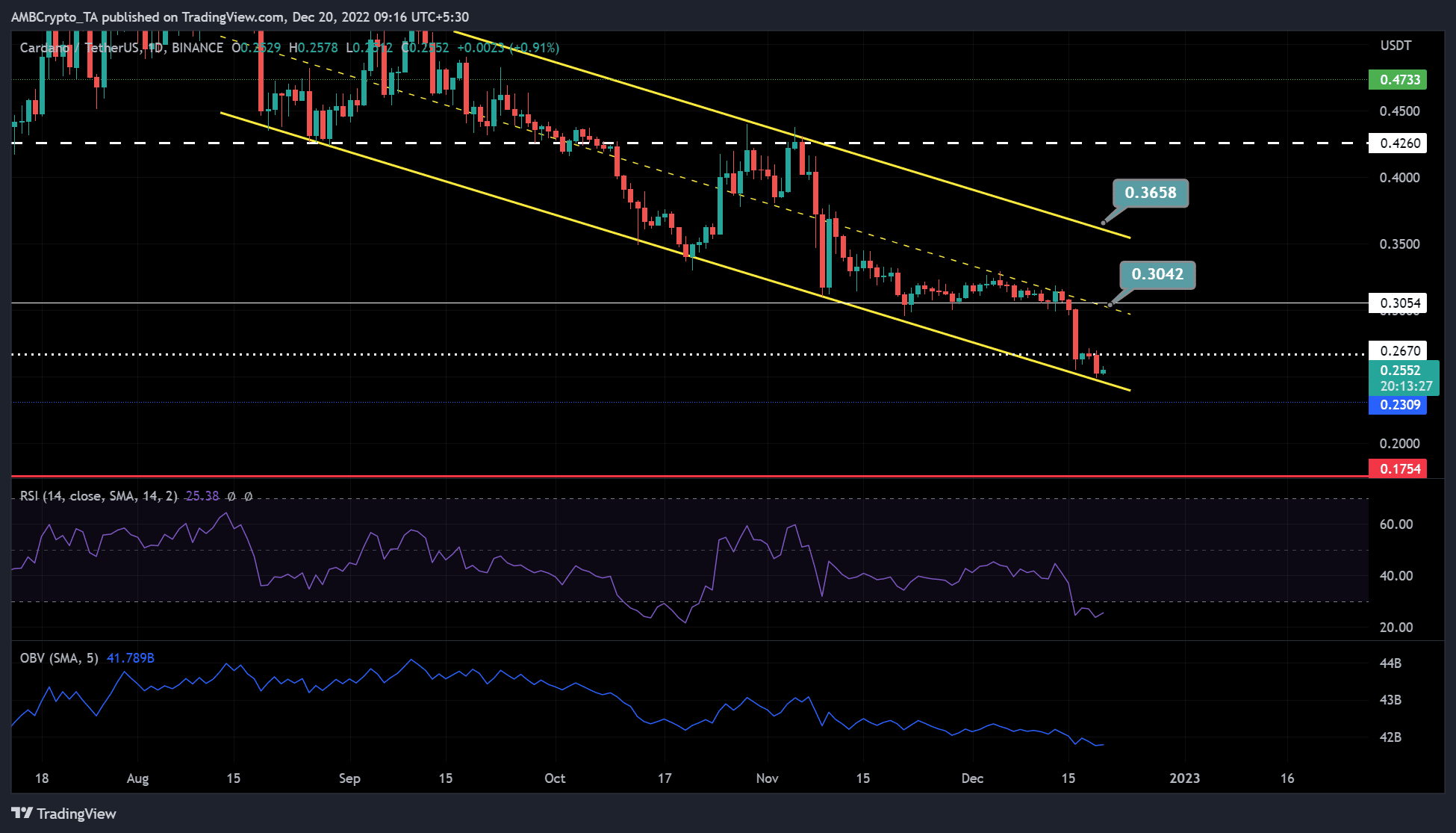 The price movement of ADA formed a descending parallel channel pattern since August. At the time of writing, its price was near the lower boundary of the trading range, but in a slight upward momentum.

Technical indicators suggested that conditions were ripe for continued bullish momentum and a convincing price reversal. For example, the Relative Strength Index (RSI) was in oversold territory since the last four days, with a slight uptick at press time. This suggested that a reversal could be imminent as accumulation continued, thus increasing buying pressure.

However, a break below the channel, especially beyond $0.2309, would negate the above bias.

The recent increase in ADA’s development activity didn’t immediately lead to a price change, as investors had a negative view of the asset. However, this was changing, according to Santiment’s data. Weighted sentiment retreated from the lower negative range, indicating that investors were softening their stance on the asset.

In addition, the number of active addresses (red bars) increased tremendously over the last 24 hours. This indicated that more accounts were trading ADA, which drove up the trading volume (small white bars). Could these factors create a perfect condition for a price reversal and an ADA uptrend?

However, a bearish BTC could invalidate the above forecast.

Litecoin adds 10 million transactions in 10 days, what does it mean for LTH?