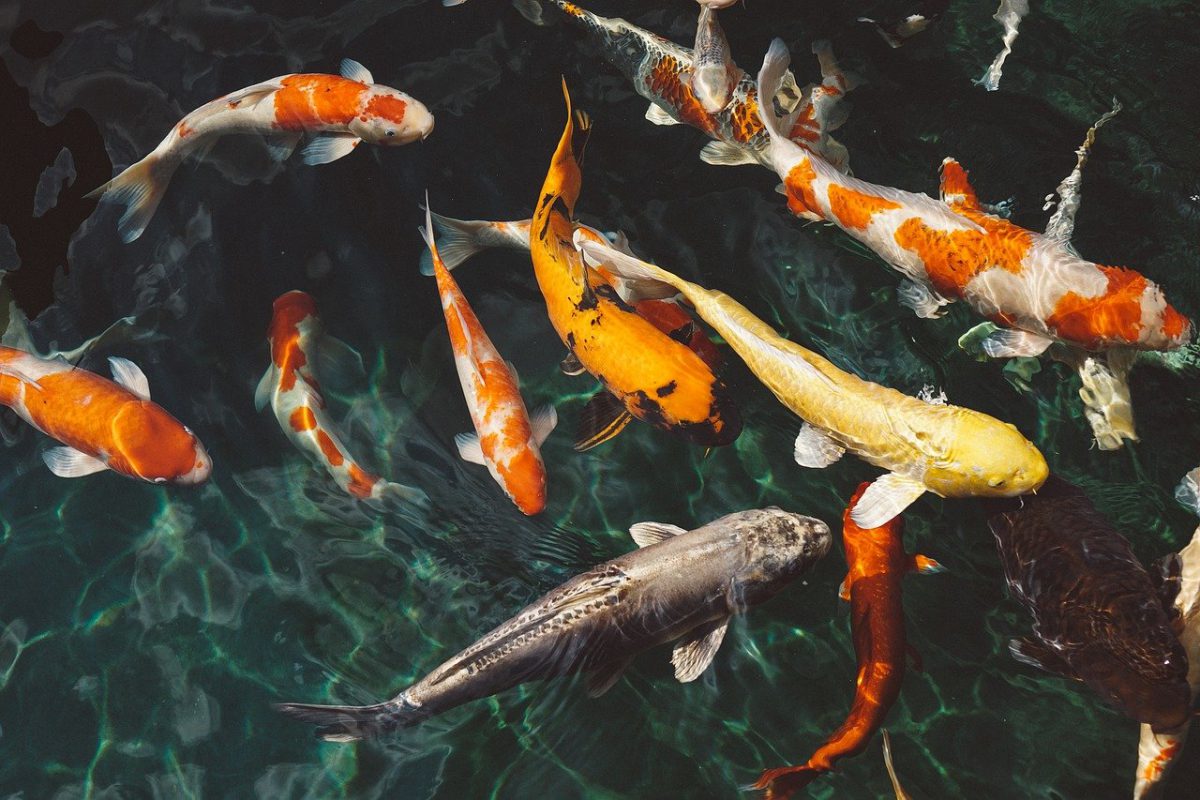 Cardano recovered from its drop to $0.285 and entered a phase of consolidation over the past few days. Cosmos formed a bullish triangle pattern but in the coming days was likely to see a drop to $7.15, should the $8 support not hold and SushiSwap had strong bullish momentum behind it as it targeted the $8.9 level of resistance. 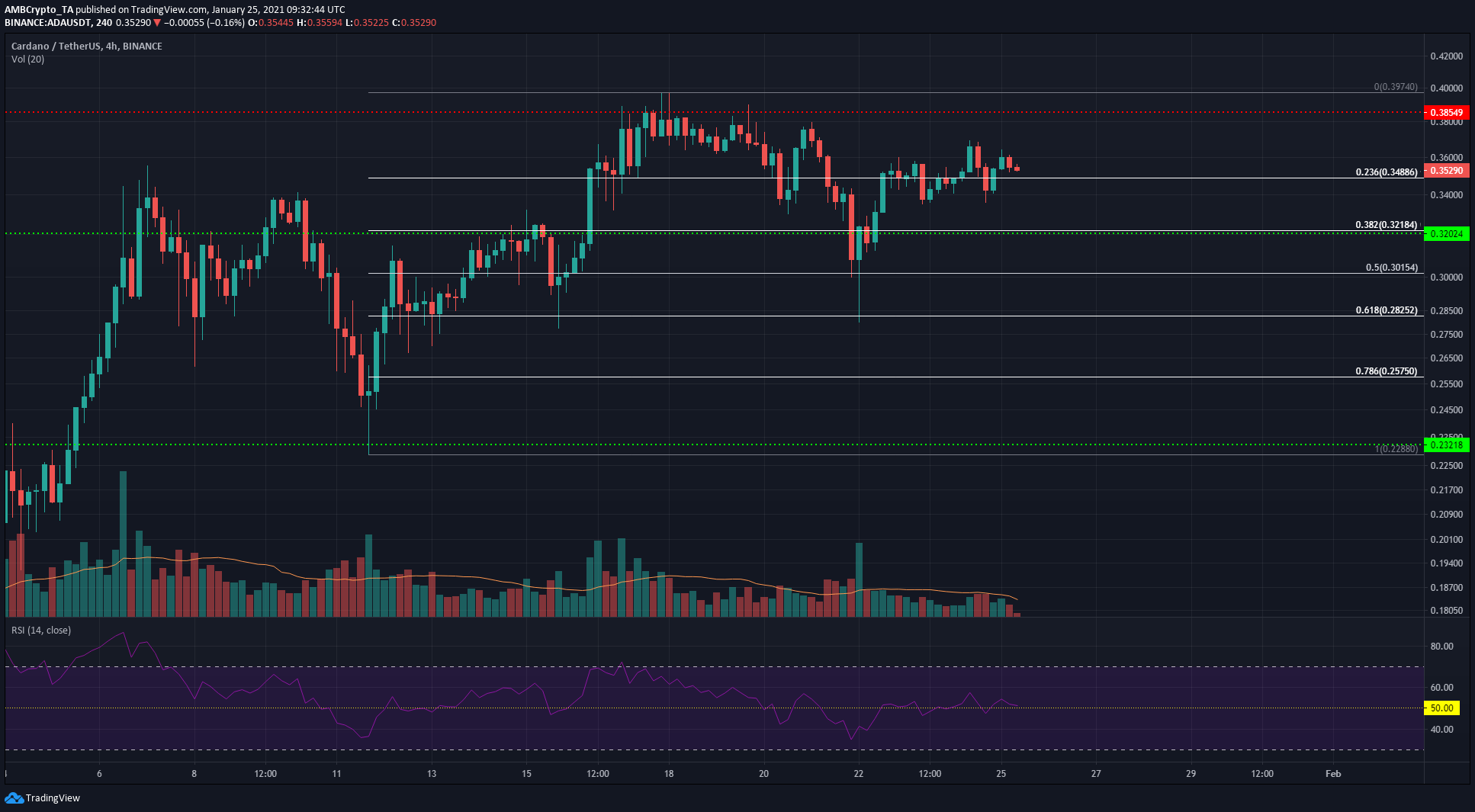 Using the dip to $0.232 and the subsequent surge to $0.397 in mid-January, some Fibonacci retracement levels were plotted to highlight areas of support and resistance. ADA had appeared to form a range between $0.32 and $0.38, but the drop to $0.285 invalidated the range.

Over the past few days, ADA has traded sideways at the $0.34 level. Even though its recovery from the drop to $0.285 was quick, it has lost that upward momentum around the $0.35 price range.

The RSI highlighted this lack of momentum as it oscillated about the neutral 50 value. Losing the $0.35 level will see ADA revisit $0.32 as support. Trading volume was also low, showing a period of consolidation for ADA before its next move. 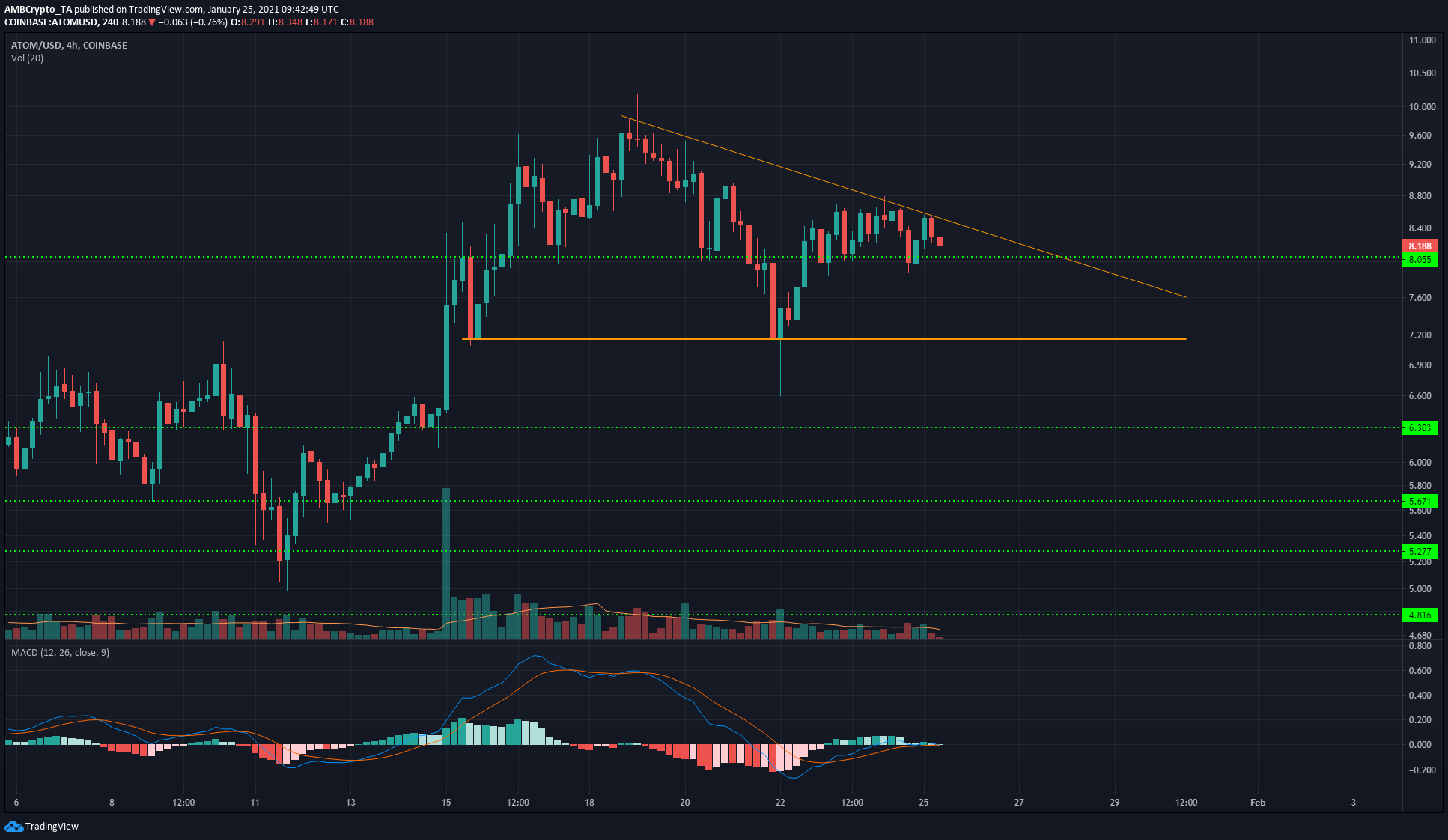 ATOM formed a descending triangle pattern, one that generally sees a breakout to the upside. Confirmation of direction would be a move with high trading volume, closing a session outside the pattern.

The $8 level of support could give way to short-term bearish pressure. This would see ATOM visit $7.15 and the market decide on the direction of the next move.

At the time of writing, the MACD showed neutral momentum. 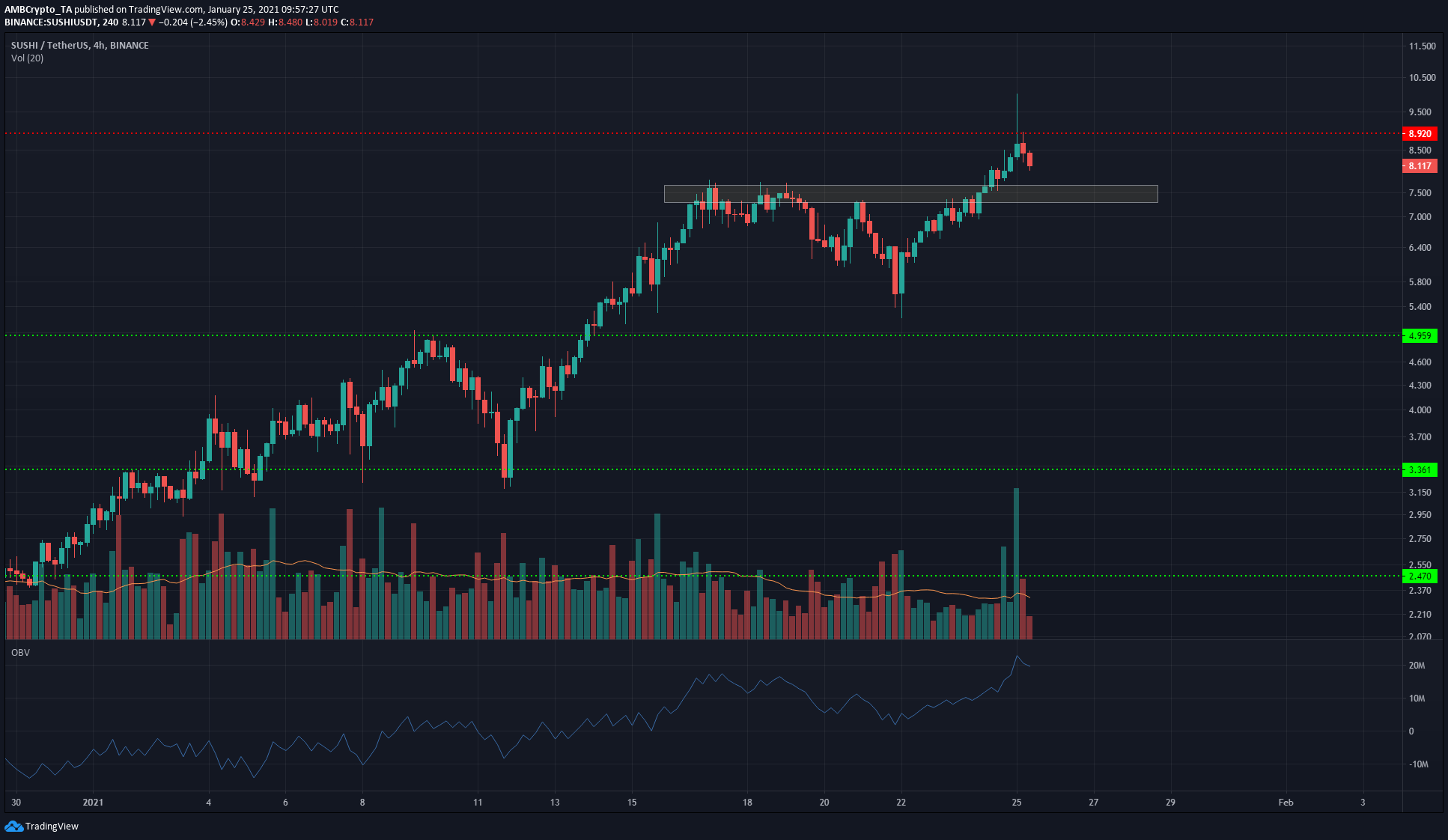 SUSHI had strong bullish momentum behind it as it climbed past the region of supply at $7.5. After rising above this region on high trading volume, it could retest it as a region of demand in the coming days.

The OBV was also in an uptrend alongside the price, to show steady buying pressure behind the price hike. The next level of resistance for SUSHI is at $8.9.

What role did Tether play in Bitcoin’s recovery?

Survival of the fittest: A look at how hash rate tokens compete with existing mining products and services