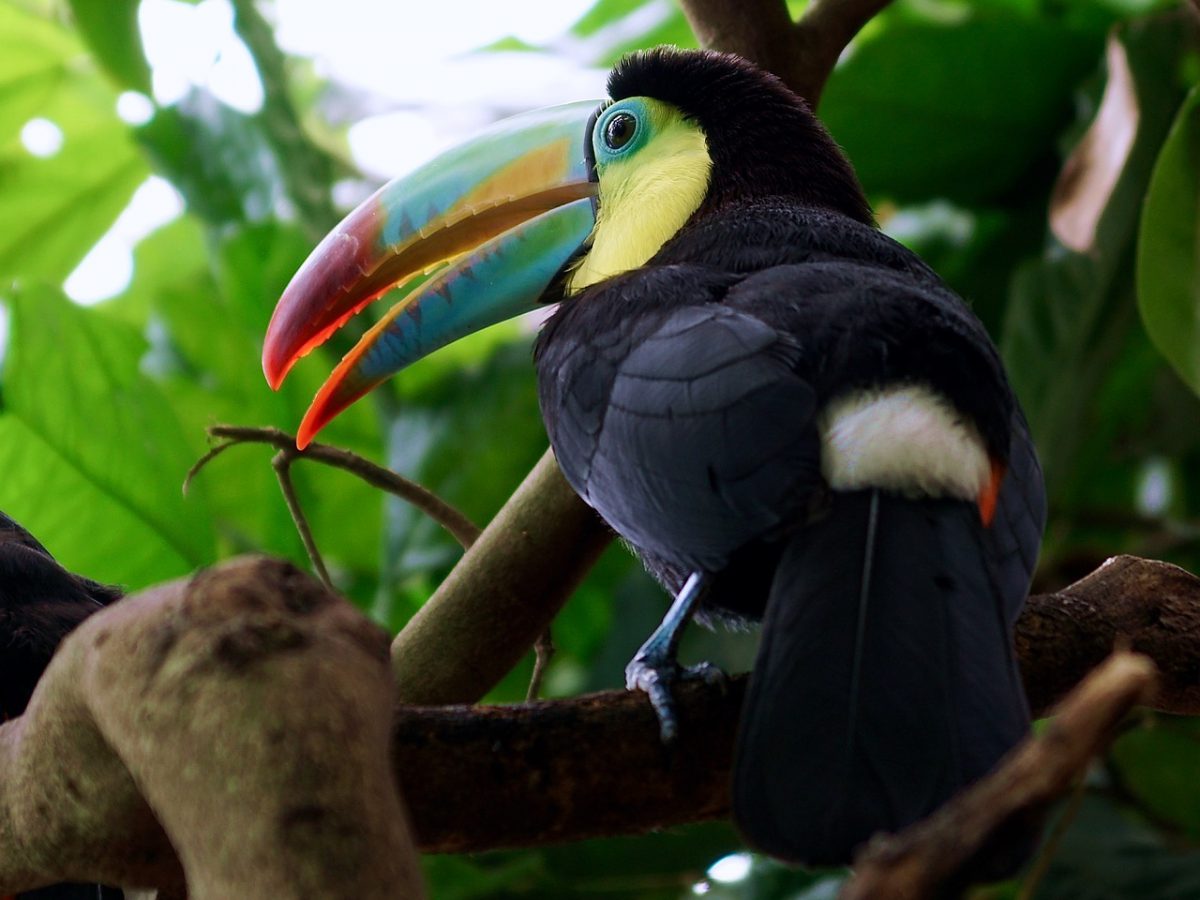 The past week has seen Cardano trade between the $0.32 and $0.385 price range. Levels of importance within this range are highlighted and the short-term outlook for the coin appeared to take a turn in favor of the bears. Ethereum also fell beneath a crucial level of support, and a strong move to the downside may be beginning. This could see selling pressure mount for ADA as well. 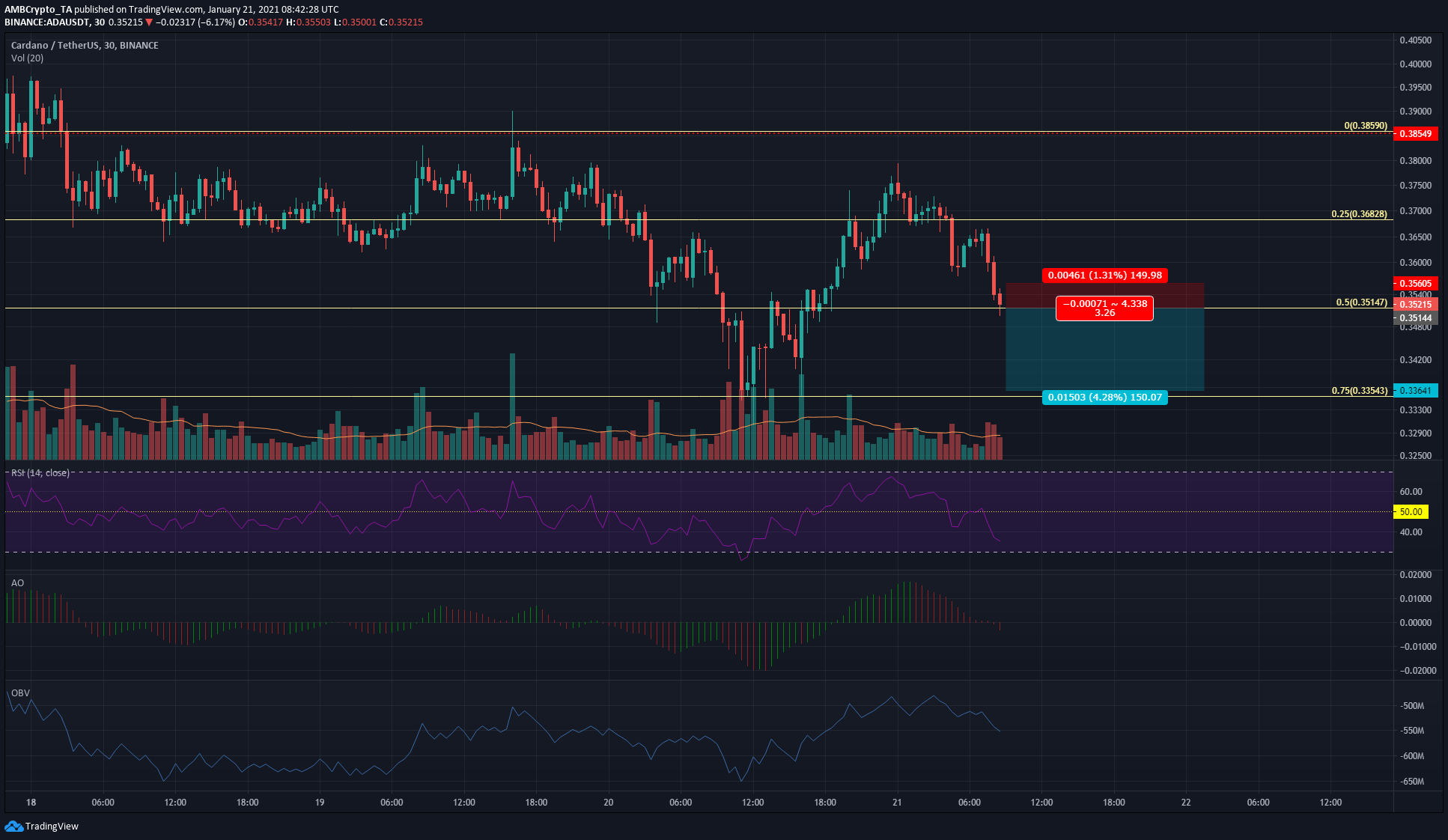 Using Gann’s rule of eight, some levels of importance such as the 25%, 50%, and 75% levels of the aforementioned range were highlighted. These are levels where the price can expect to find support and resistance when trading within the range.

At the time of writing, momentum was moving in favor of the bears. ADA was close to the 50% level – the most important level within the range. Losing this level to the bears would confirm a move to the downside was likely imminent.

The RSI, over the past few hours, fell beneath neutral 50 and retested it as resistance to indicate that bearish momentum had taken over. The Awesome Oscillator also crossed over into bearish territory.

The OBV, which had been rising over the past 24 hours, halted its ascent and some selling pressure was noted recently.

The 50% level is significant, and falling beneath it and retesting it as resistance could give an optimal entry to a short position. This move, if it plays out, will see ADA descend to $0.33, the 75% level within the range.

A short position with a tight stop loss can be considered, as the momentum was rising toward the bearish side. The 75% level has held well as support over the past week. If the next few hours bring strong selling pressure and force $0.335 into bearish control, a move as far south as $0.32 could materialize for ADA.

Related Topics:ADAPrice Analysis
Up Next