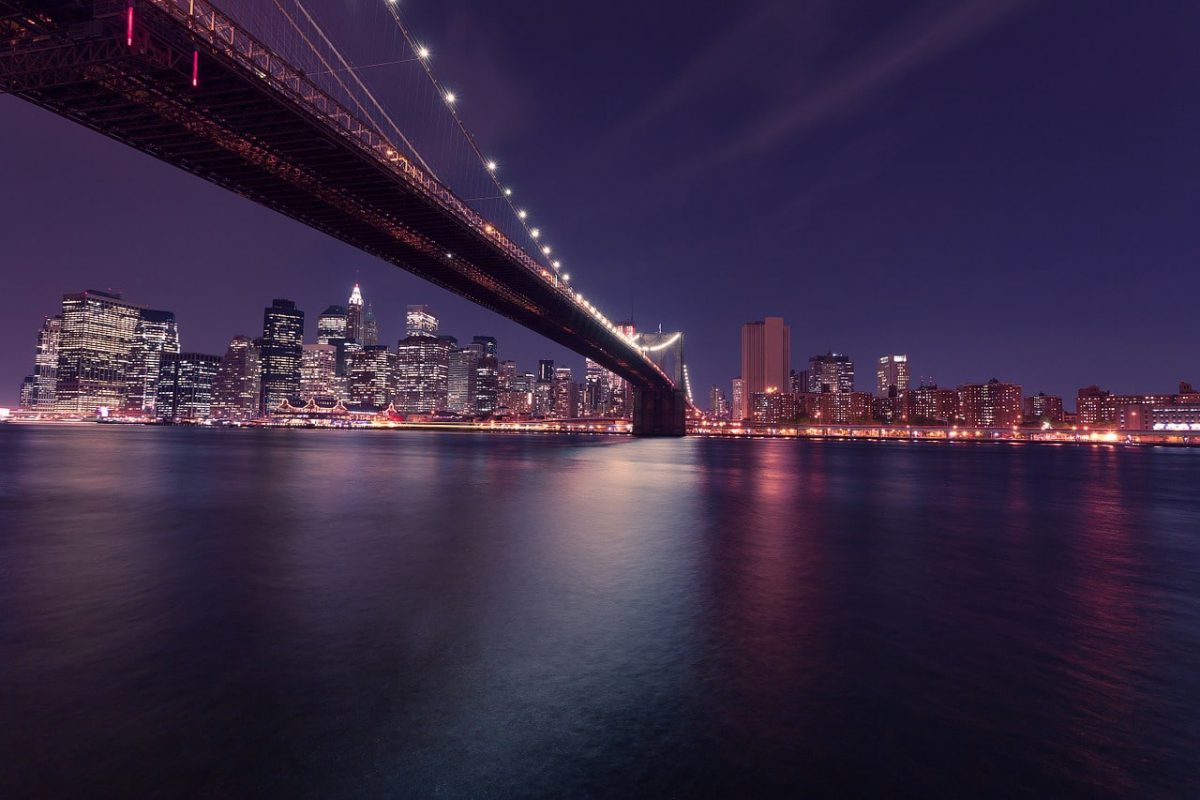 Cardano registered a bearish divergence on the charts, but the market sentiment had not shifted to the bearish side, at press time, with a pullback still unlikely for ADA. On the contrary, Waves broke out of its triangle pattern and targeted the $11-mark. 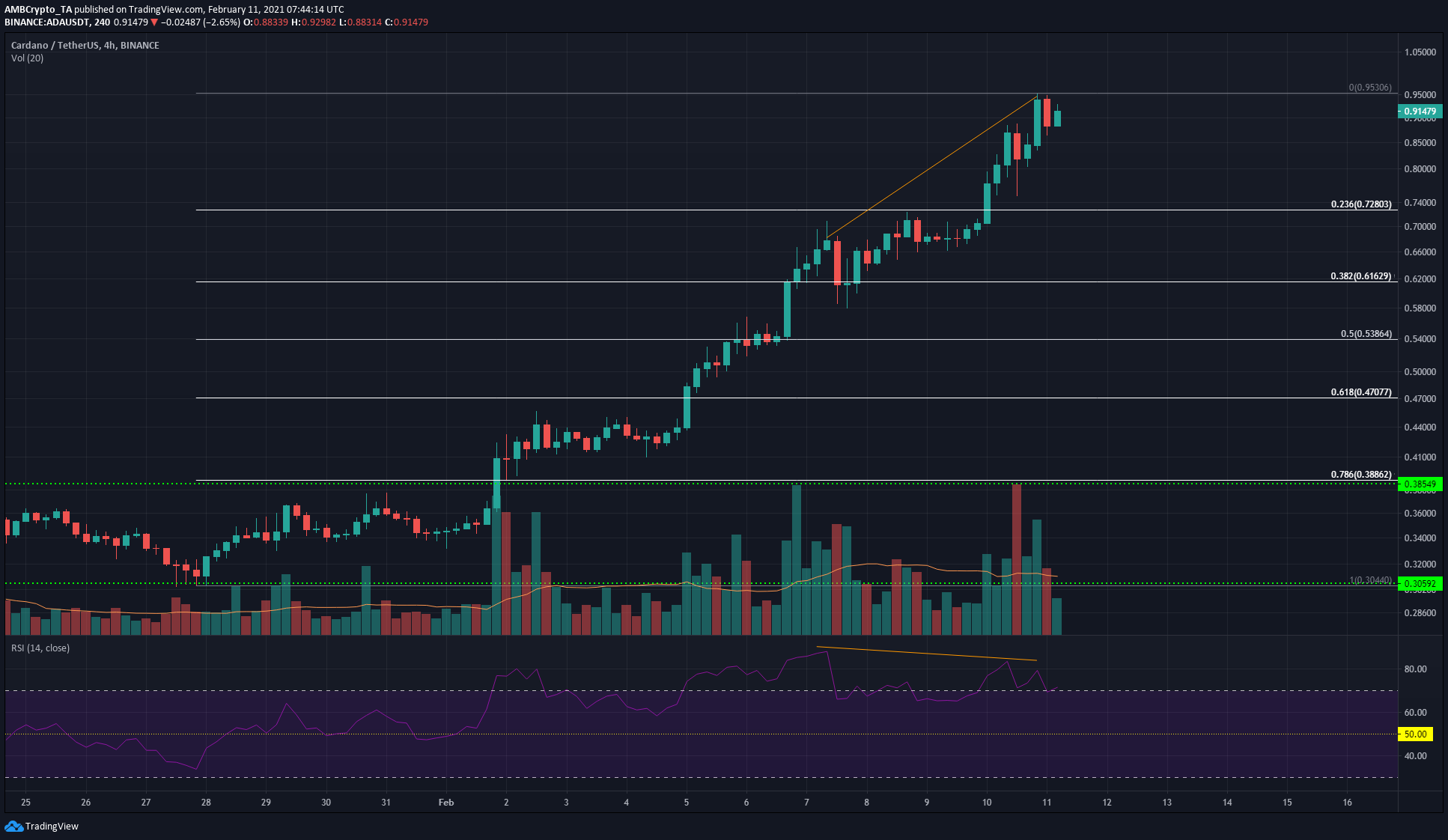 The momentum indicator (RSI) made lower highs even as the price made higher highs – a bearish divergence. Divergences do not signal an immediate shift in momentum but are early signs of reversal.

At the time of writing, neither a bearish engulfing nor a Doji candle was forming on the charts. ADA faced some resistance in the $0.95-$1 region, but it might still be able to test it once more.

A good opportunity to buy ADA in the event of a pullback would be the $0.72-level, however, the divergence could take a few days to play out. 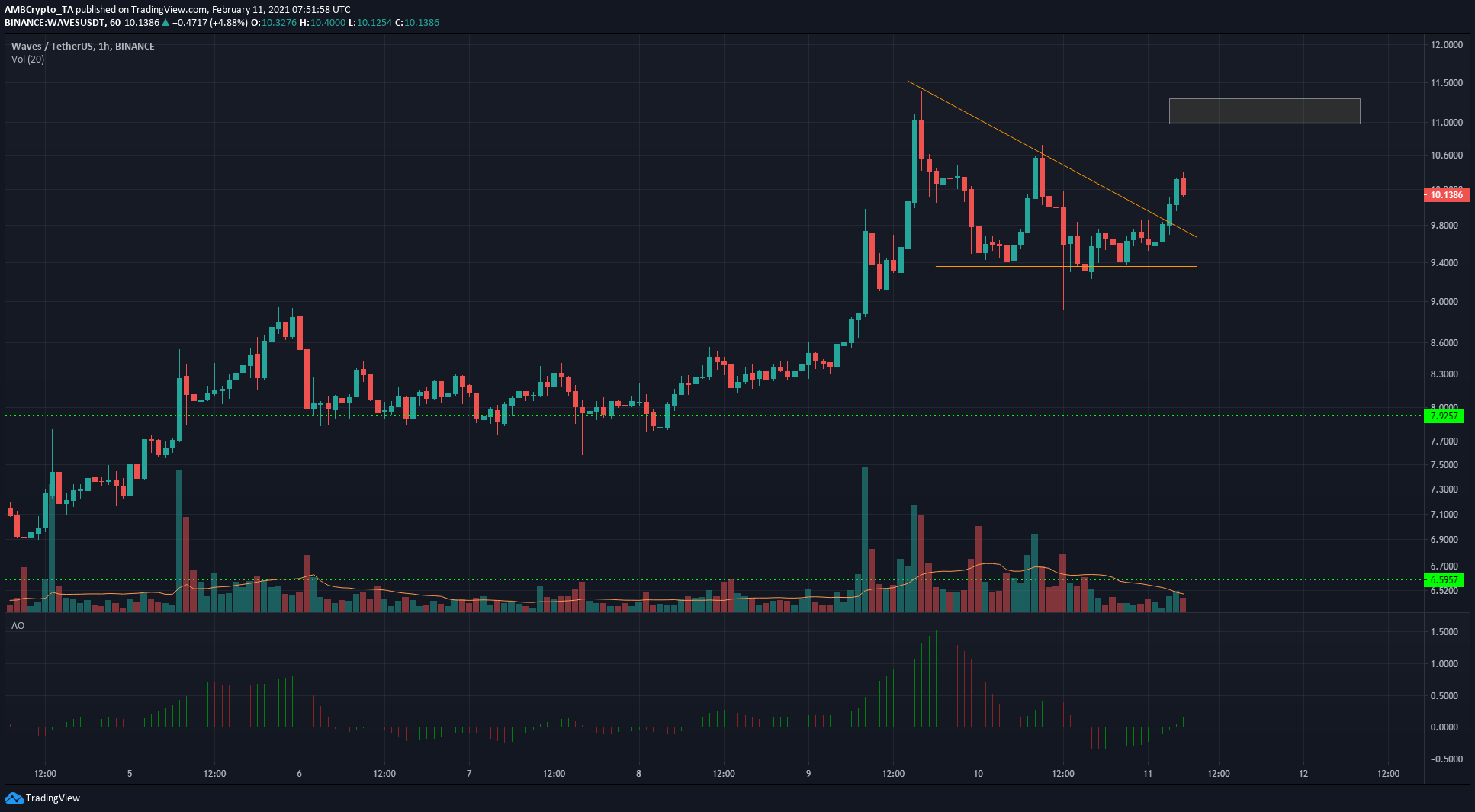 WAVES formed a descending triangle pattern (orange) on the 1-hour chart and broke out to the upside. This pattern generally sees a bullish breakout. The Awesome Oscillator crossed over zero to show that momentum was shifting in favor of the bulls.

As far as the long-term outlook is concerned, WAVES has been on a strong uptrend over the past week. It formed a strong level of support at $5.9 and defended that level multiple times from bearish pressure. Since then, it has flipped the $6.5-level of resistance to support and surged to $11. 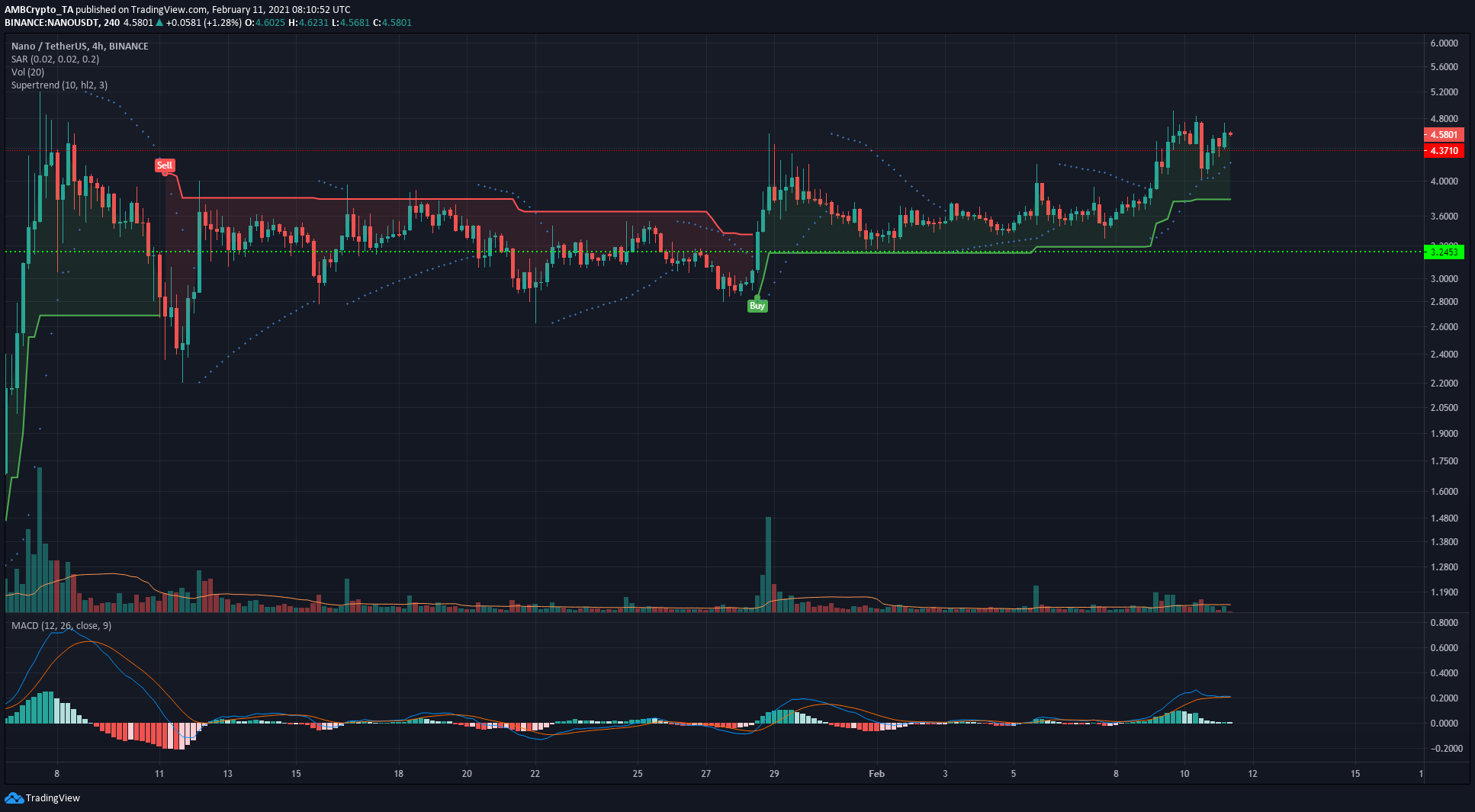 While the trading volume on the 1-hour chart was low, NANO still made strong gains over the last few days. Late January saw rejection at the resistance of $4.37, with the crypto bouncing towards $3.24. It spent the last few days treading water at $3.5, and picked up momentum recently.

Both the Supertrend and the Parabolic SAR gave a buy signal for NANO. There was some resistance in the $4.8-region, but the MACD showed bullish momentum was still on the side of the bulls. This was likely to see NANO test the resistance and possibly break above as well.