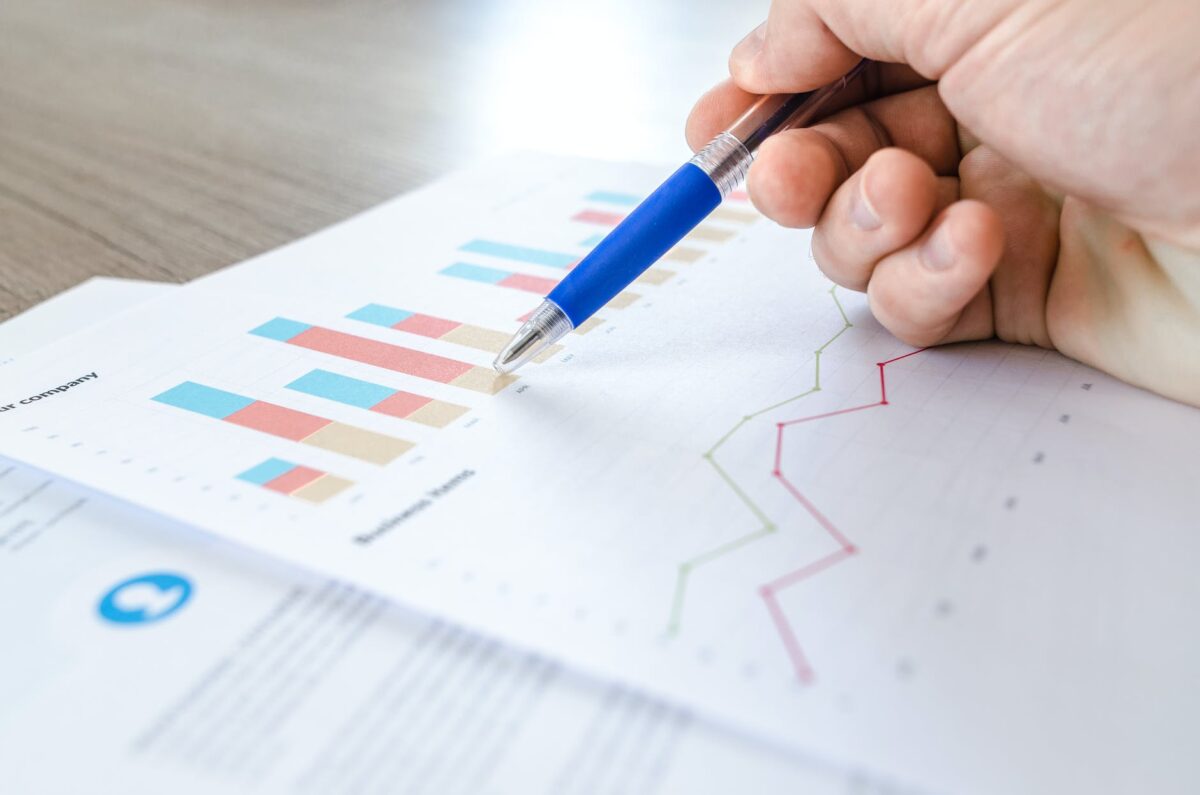 Given the condition of the market on 4 December, it makes absolute sense for what is happening with Cardano. Well, interestingly Cardano is up with a lot of things on its network.

Are Cardano investors done for good?

Yes, the broader market is dipping. However, Cardano cannot hold this one instance alone as the reason why it is currently under $1.5.

Now, the development on the network has been consistently good, both on GitHub and in terms of DeFi. In fact, Cardano’s smart contract capability is being explored more and is looking good too. Some of the major Cardano protocols such as SundaeSwap, Genesis House, among others have been growing.

The last ~year was the year of staking + decentralisation, multi asset + native assets and smart contracts for Cardano

The first dapps are here and soon the FLOODGATES open. Here’s an overview of just some (!) of them

But on the spot front, ADA has been an eyesore for more than three months now. Most of the market observed some sort of rally either in October or November but Cardano has not been able to breach the $2.28 resistance since August, let alone mark a rally.

Since its last ATH, the altcoin has declined by over 53%. 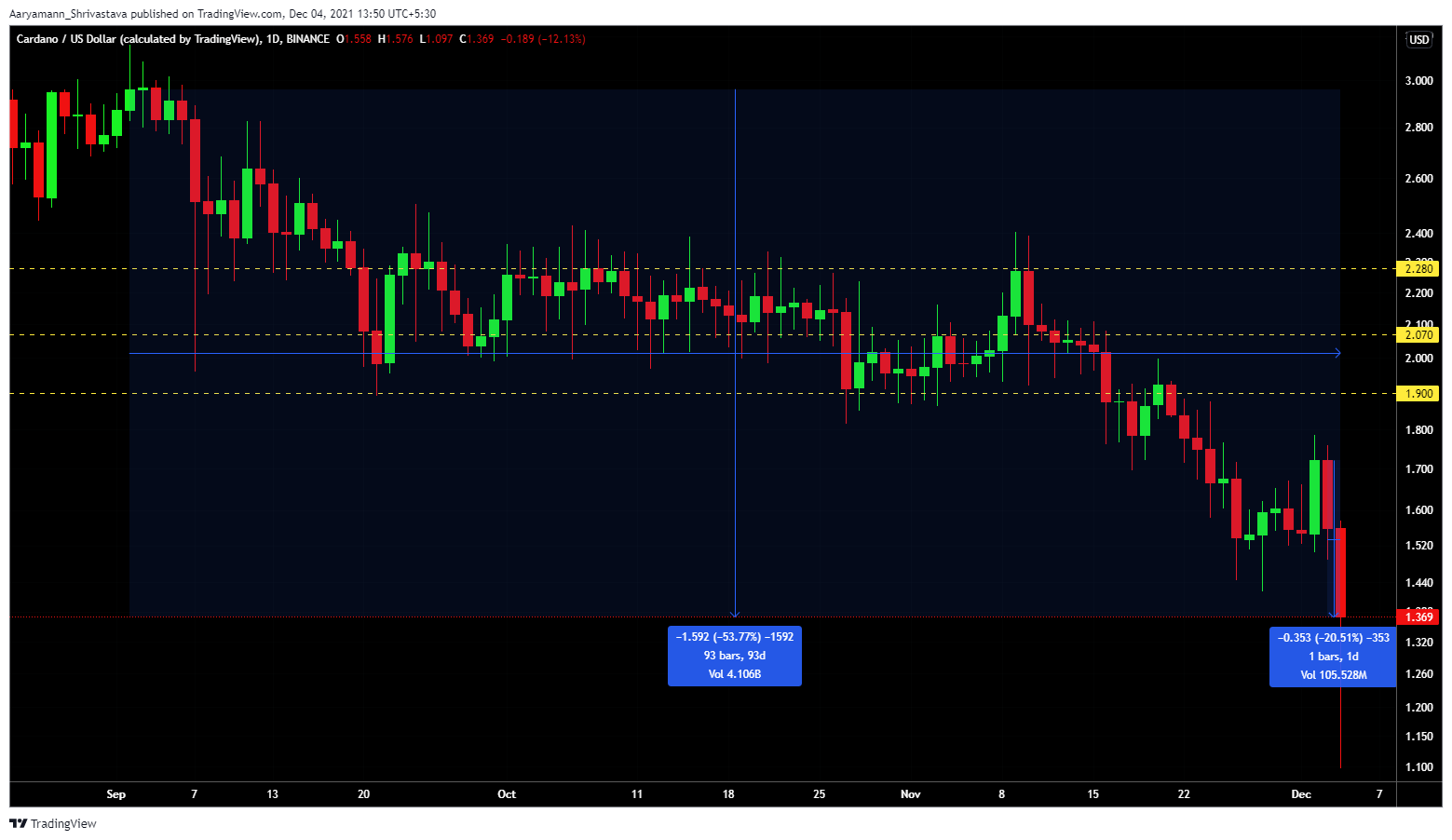 The most troublesome part is that its once hyper bullish community is slowly straying away from it. Cardano around August had the biggest social presence of any altcoin after Ethereum. Its social domination stood at 11%, but it has since plummeted down to 4% as of 4 November.

Well, one can’t really hold investors responsible for moving out since they have seen nothing but losses for over three months. Notably, two million investors are worse off since they entered the market. 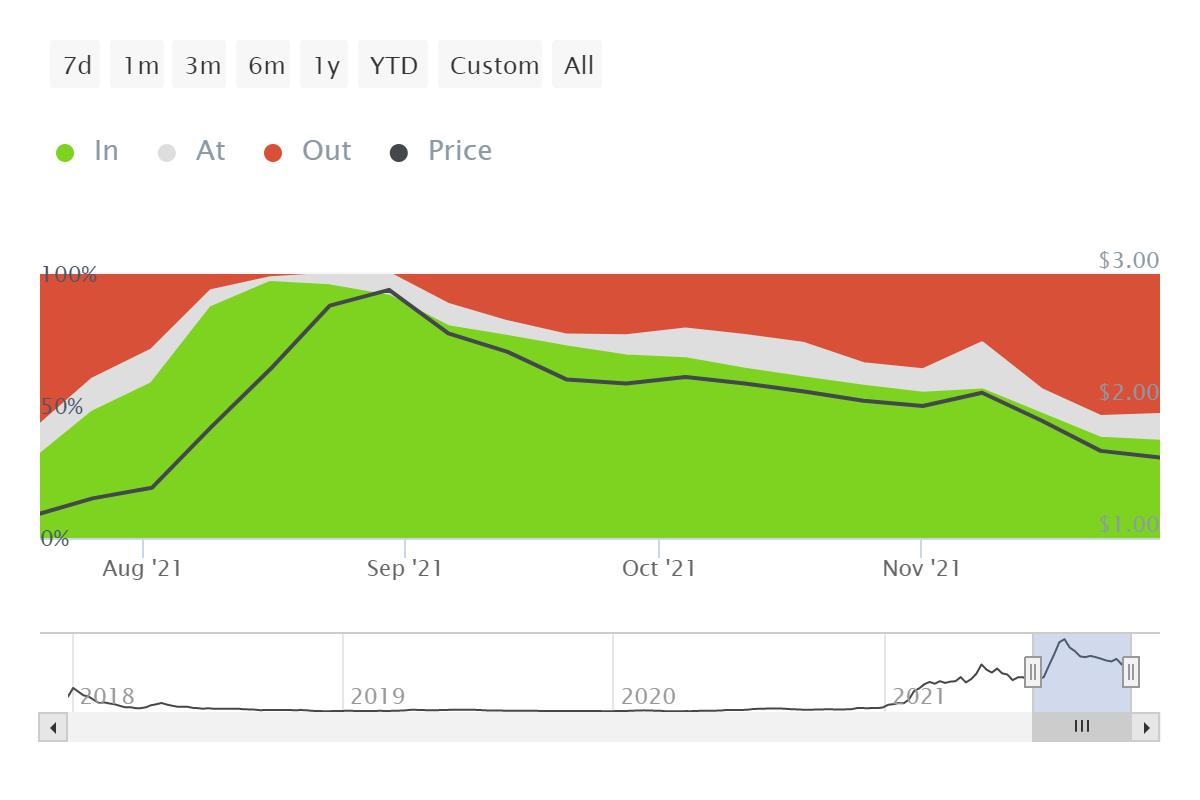 Considerably, the only active entity at this point are whales. Conducting transactions worth around $12 billion on an average daily, they are keeping the velocity in check. 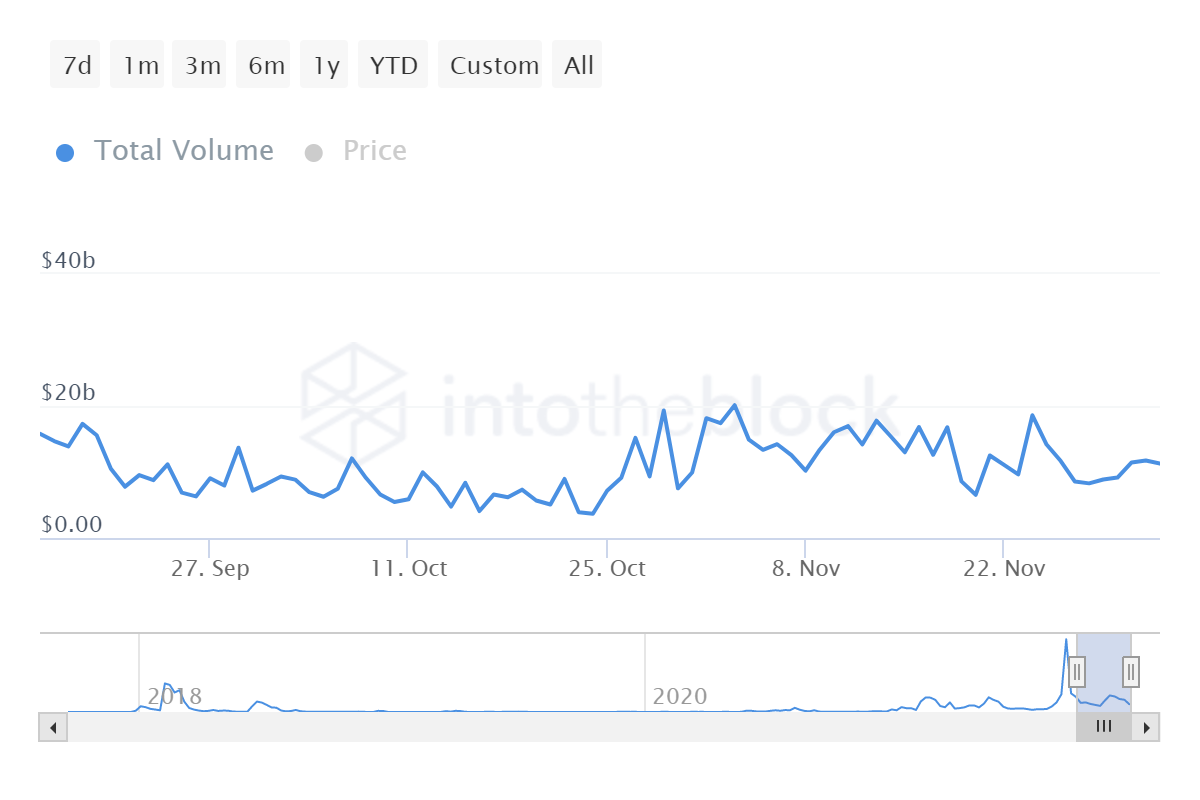 The one good exception could have been its recovered correlation with BTC. However, it came at such a surprising time; Bitcoin fell under $50k on 4 December, it took down ADA too. 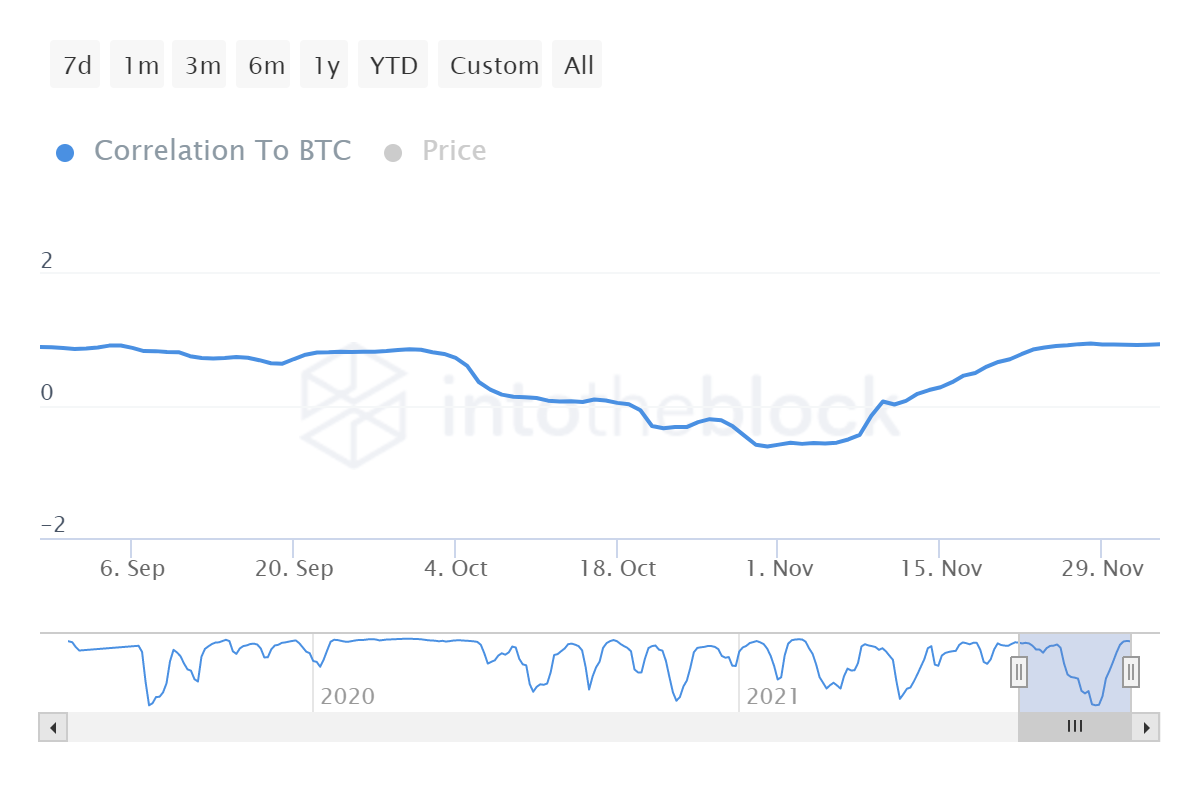 Thus, internally, Cardano needs to find more demand in order to stage an ATH-breaking recovery. Not many new investors have joined in over 10 days.

Bitcoin, Ethereum face largest correction since 19 May; is it time to buy the dip