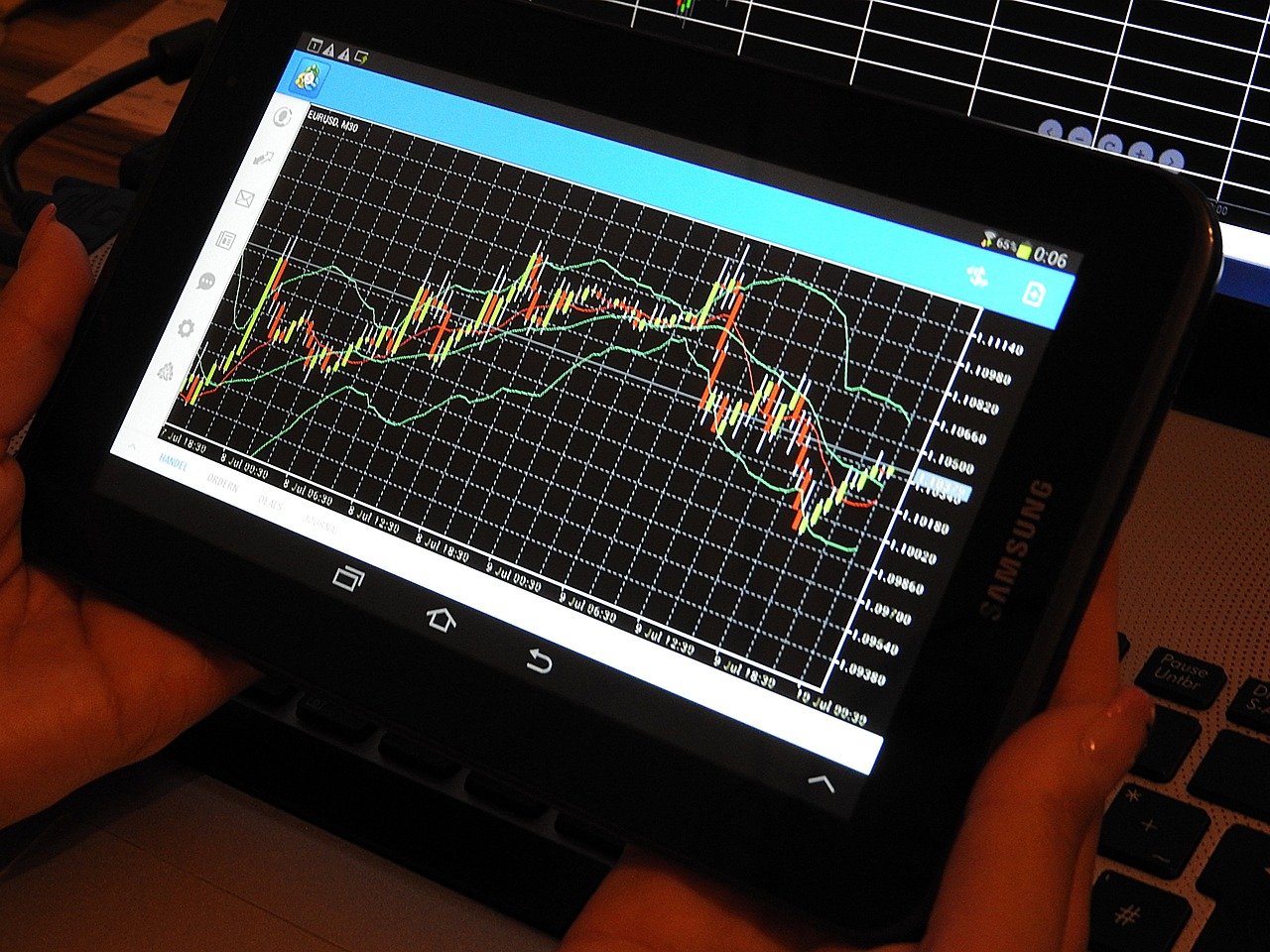 The cumulative crypto-market cap fell to $1.72 trillion, at the time of writing, on the back of a 1.5% decline 0ver the past 24 hours. Chainlink depreciated by 3.8%, and even though Filecoin was trading in the green at press time, it too fell by 2.2%. On the contrary, AAVE pictured consistent sideways movement on the charts. 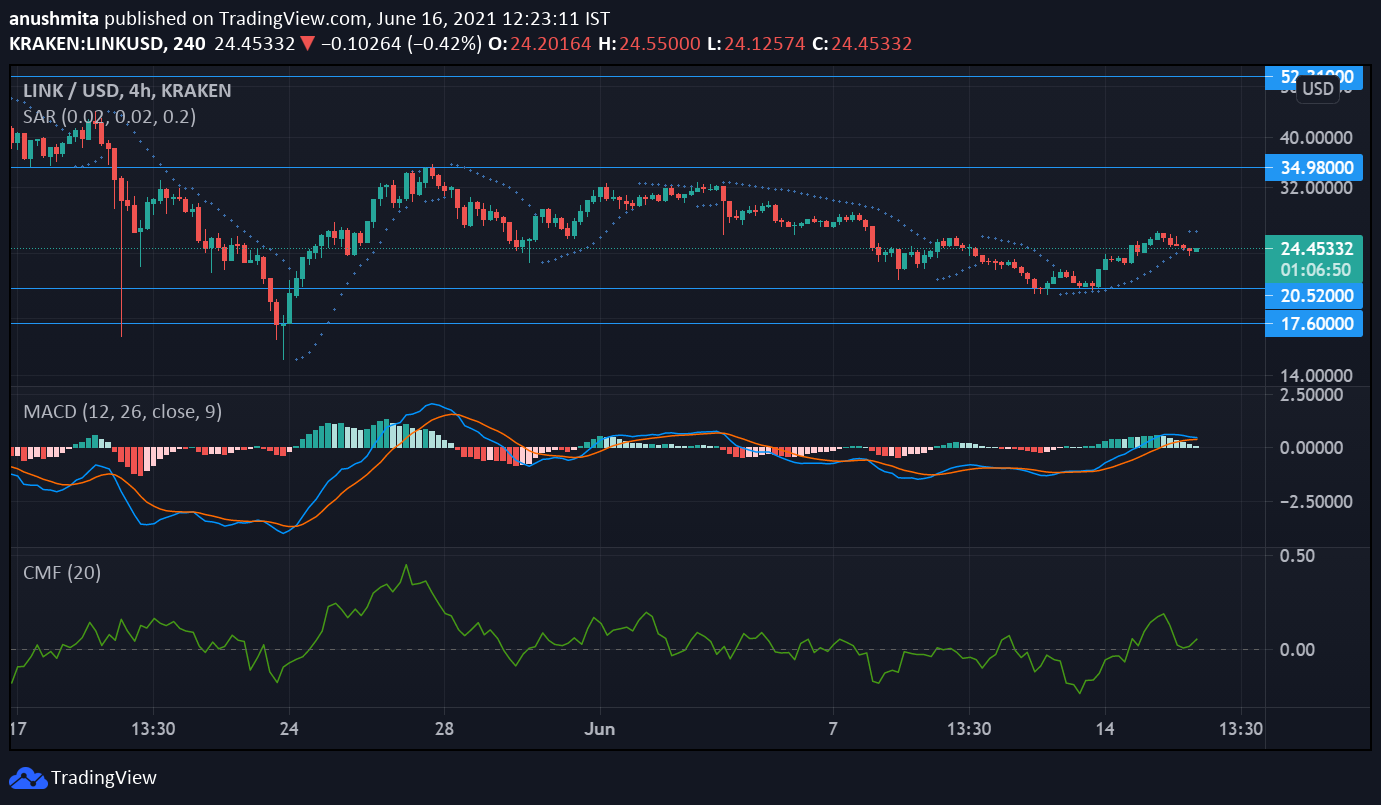 Since the beginning of June, Chainlink has been on a steady downtrend, despite the price recovering somewhat after June 13 before corrections set in again.

The coin faced resistance at the $28-mark for the past week, and it had also not crept below the $21-support level. In case of a further dip in prices, Chainlink could break below the latter, with LINK priced at $24.55 at the time of writing.

The Parabolic SAR pictured the beginning of a downtrend from June 15 as prices started to fall again. Bullish momentum had been on the rise since 13 June before falling again, with the same underlined by the MACD’s histogram. On the Chaikin Money Flow indicator, capital inflows picked up over the past 24 hours, however. 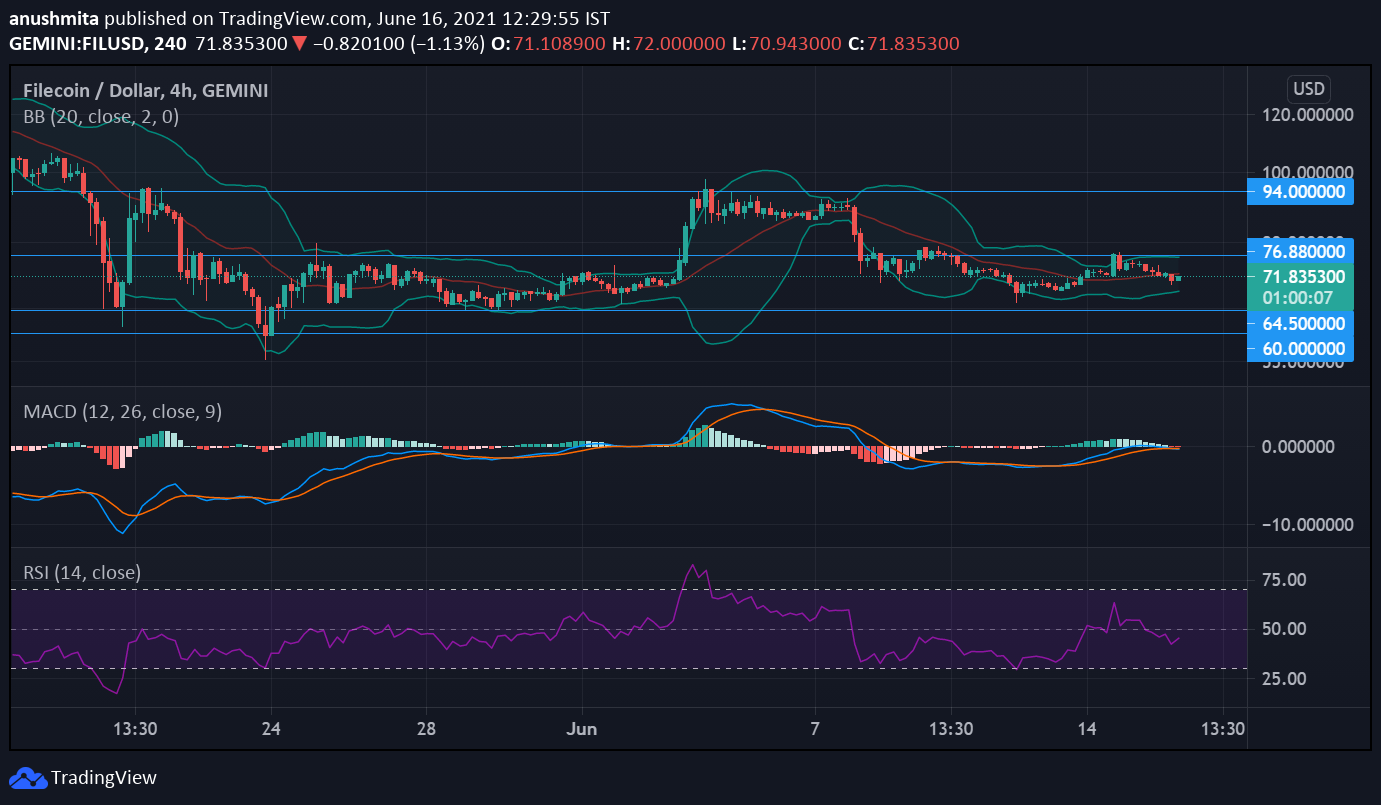 Filecoin witnessed a strong volatile period from June 2 to June 7 after which the token mostly moved sideways. The coin saw a 27% surge in prices on June 2, with the crypto declining by about 26% since, despite modest signs of recovery at press time.

Filecoin has not broken above the $76 resistance level in the last few days and a further fall in prices would mean that the coin would dip past the $68-support level.

On June 13, the MACD saw a bullish crossover. Over the past few trading sessions though, the likelihood of a bearish crossover has only become more prominent. The Relative Strength Index demonstrated neutral buying and selling pressure. However, at press time sellers slightly outnumbered buyers in the market.

Price volatility remained low for Filecoin as the Bollinger Bands converged over the past couple of days. 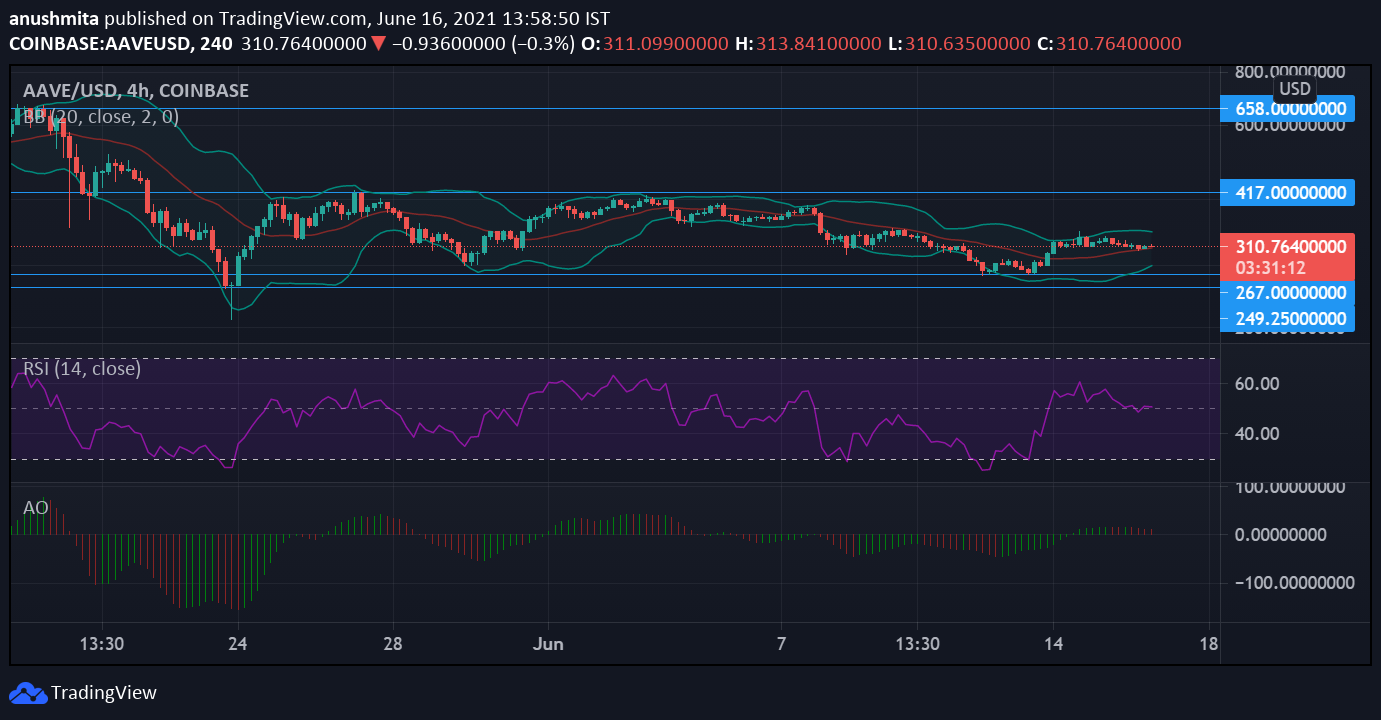 AAVE attempted to break the $410 resistance a couple of times over the past couple of weeks. However, the highest it got to that mark was $408. The recent crypto market crash made the price of the token dip by 8%. It was only on June 14 that the coin started to progress north and ever since, it has been moving sideways.

The next hike in prices would mean that the coin could again hover around the $410-resistance mark since the token had already attempted to breach that mark a few times. With respect to price fluctuations, the Bollinger Bands indicated that price volatility will remain low as the bands had narrowed.

There was an even number of buyers and sellers in the market and the Relative Strength Index showed that the coin was in the neutral zone, at the time of writing. The Awesome Oscillator demonstrated that the coin began moving backed by bearish momentum.

Ethereum’s current inertia: Will this be the case for long?