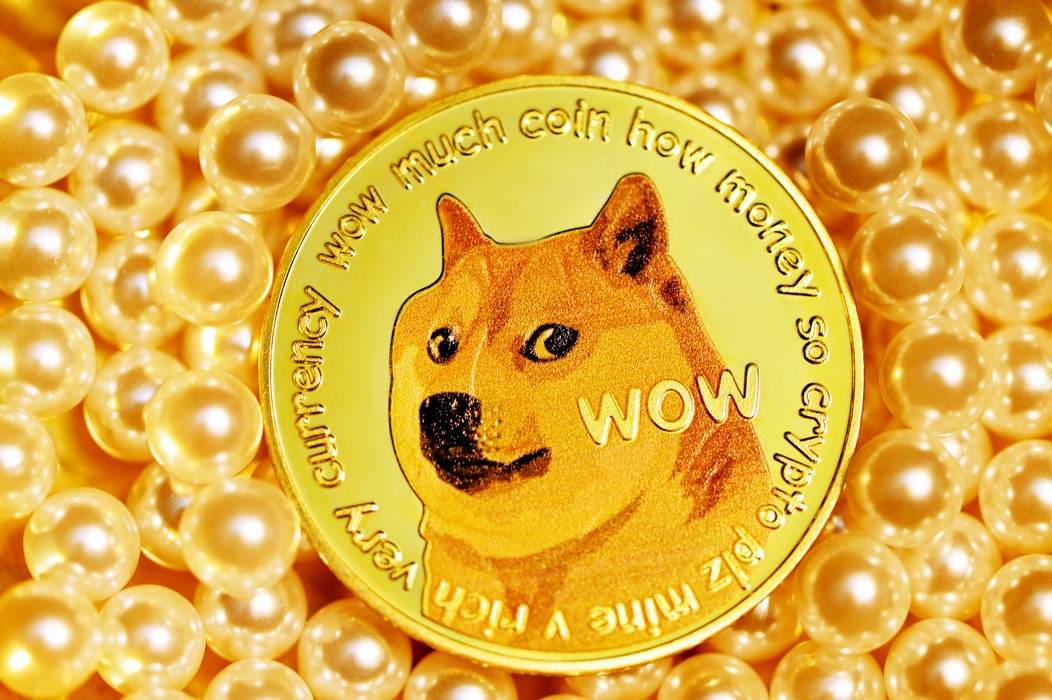 While Bitcoin’s 16.4% rise rally helped a majority of altcoins to boost their prices, Dogecoin, Filecoin, and Tron did not enjoy a similar experience. Regardless, Filecoin increased its market capitalization to $715 million, Dogecoin’s 24-hour trading volume rose to $ 1.71 billion and Tron achieved 2 billion total transactions milestone on June 14. 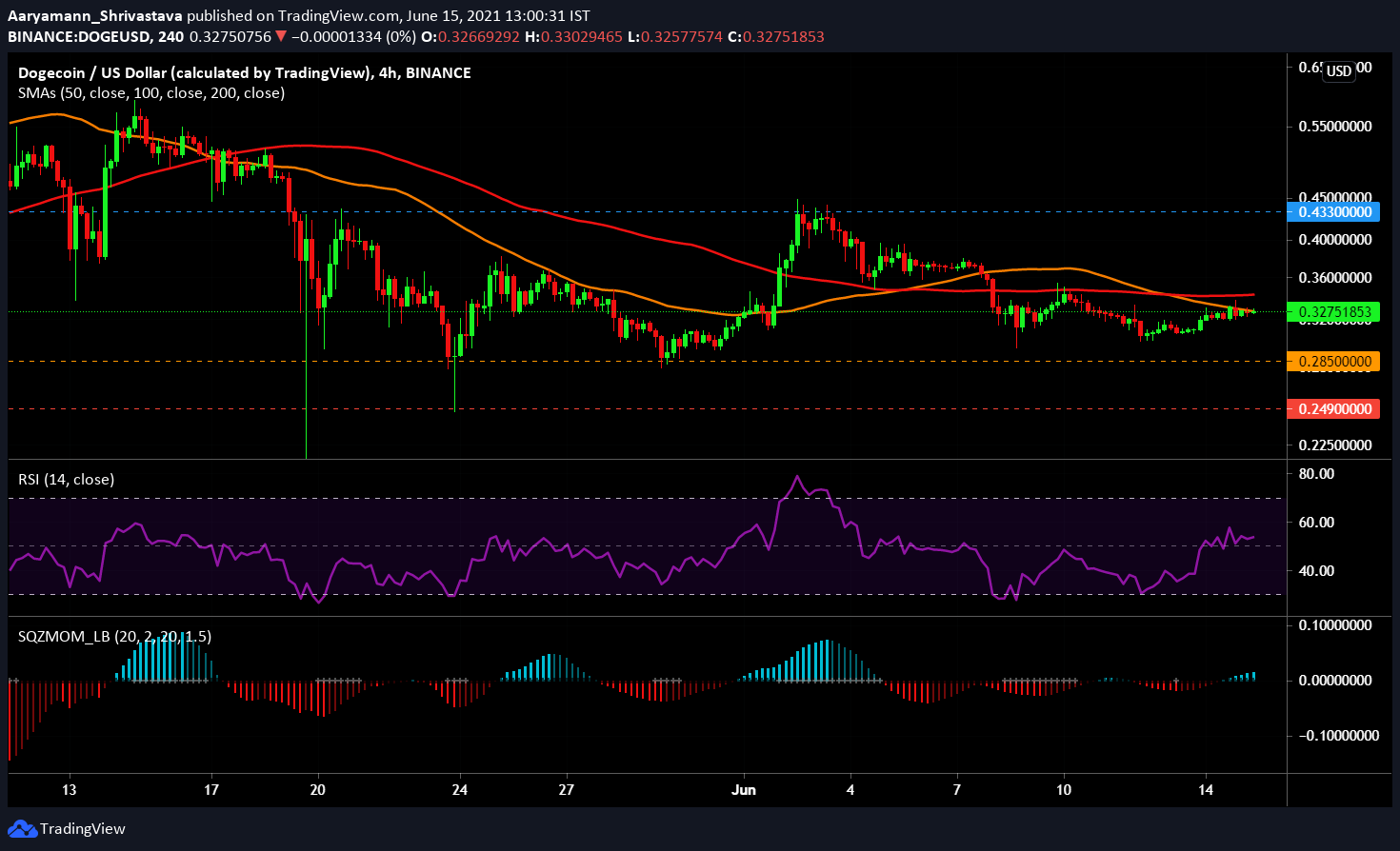 Dogecoin’s consolidation within $0.433 and $0.285 continued as the coin traded at $0.327 at press time. The high volatility that the coin displayed has resulted in such wide resistance and support range. According to Squeeze Momentum Indicator, the coin was in an active squeeze (black dots) with bullish pressure building up.

Based on the current indications, DOGE could move upwards towards the $0.34 mark if the cues remain positive. 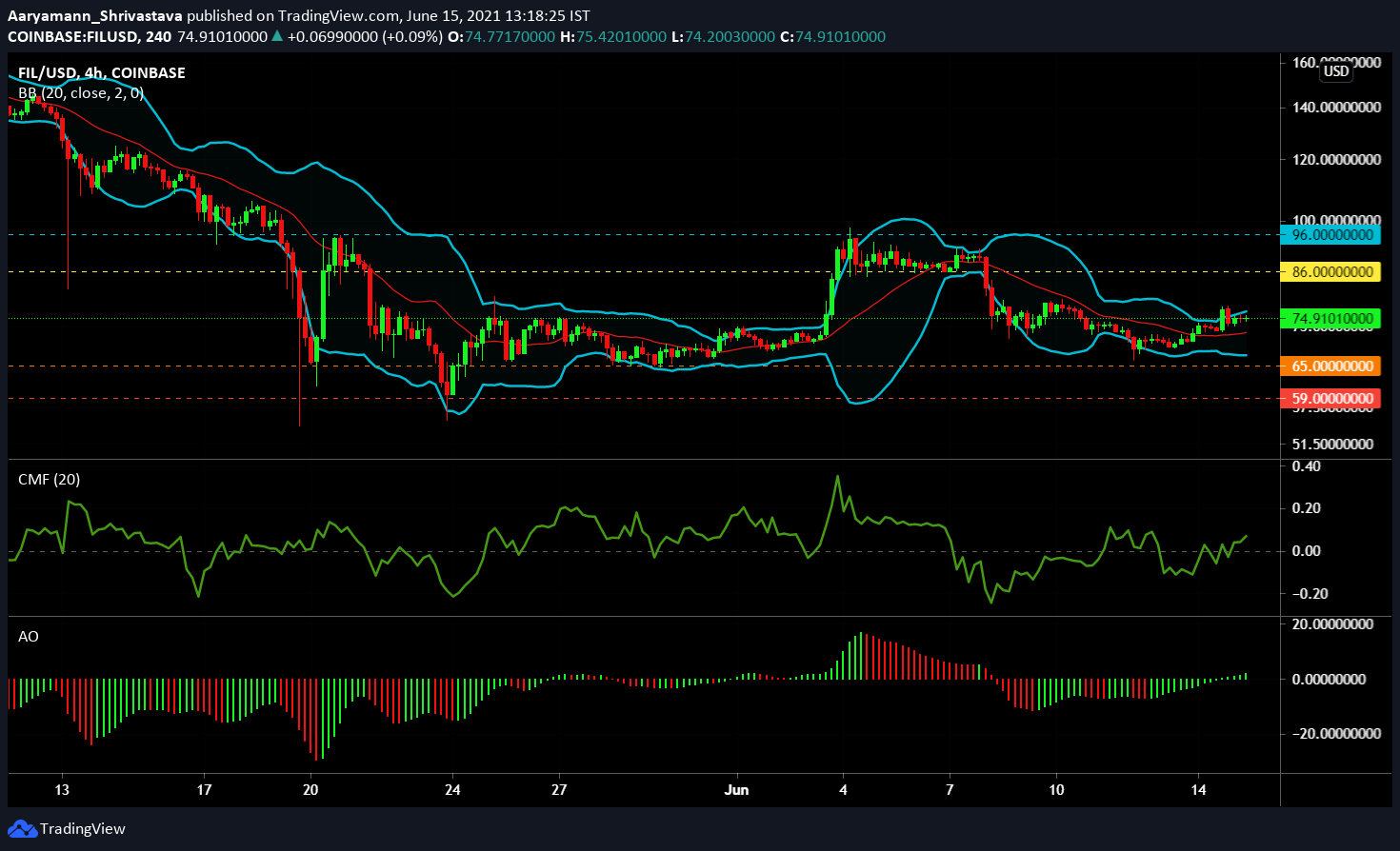 Filecoin’s sideways movement during the first week of June maintained $86 as a support level. However, the June 7 dip flipped it into resistance and at press time, the coin traded at $74.9. Bollinger Bands displayed divergence on the 4-hour chart as the upper band rose slightly with the basis acting as support.

If FIL becomes volatile again, it would be for the better as the price would further rise. 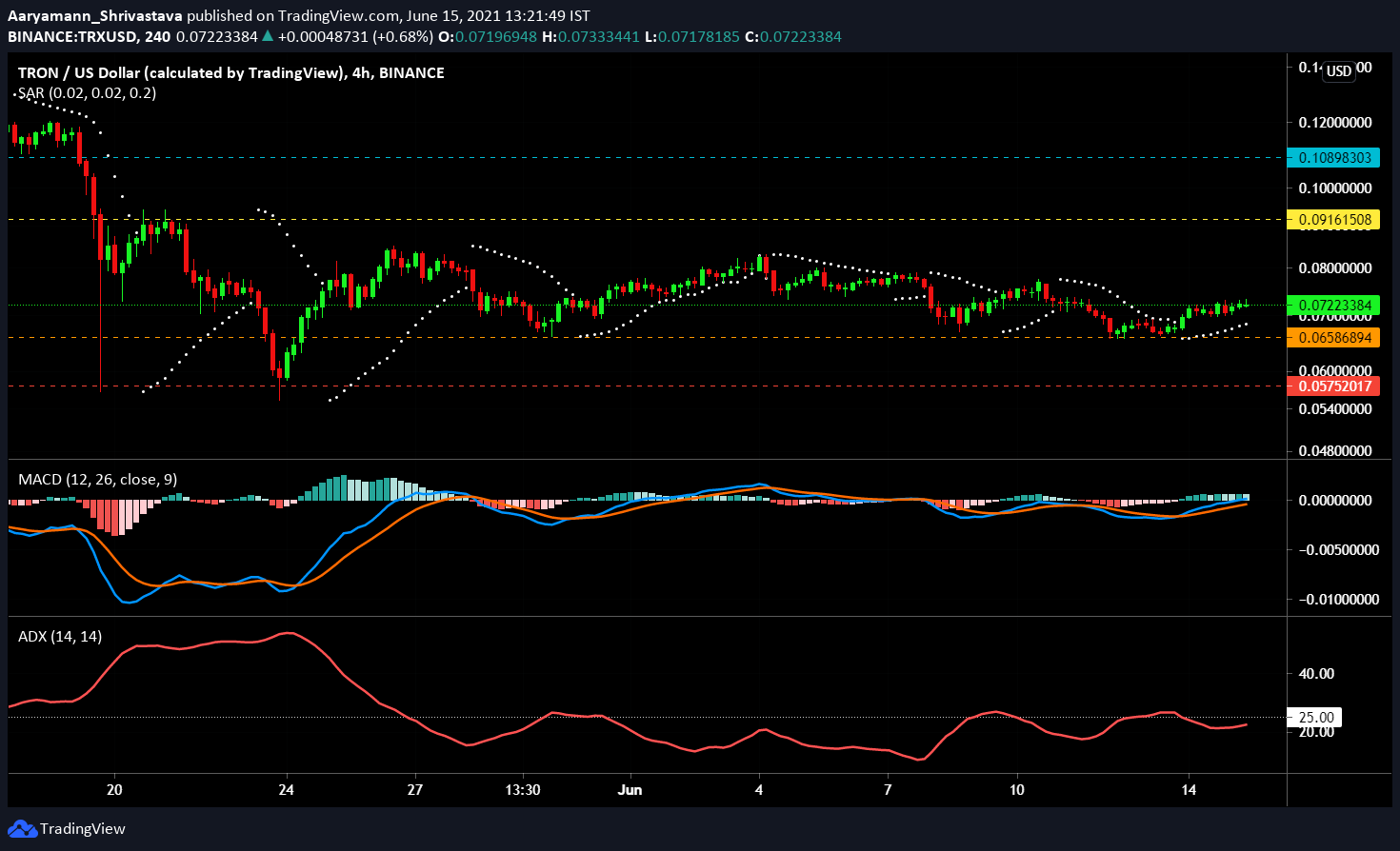 TRX’s consistent weak performance could not rally the coin’s price towards its resistance level of $0.09. Instead, the coin continued to move sideways close to the $0.065 support level. Parabolic SAR displayed an active uptrend given the presence of the white dotted line under the candlesticks.

While MACD exhibited a bullish crossover at the time of writing, the red signal line moved close to the blue indicator line. However, for this slightly bullish trend to keep up, Average Directional Index (ADX) needs to rise above 25.0. At press time the red line indicator remained less directional and moved under the neutral line.

For the next few trading sessions, FIL will move steadily upwards, but the possibility of a price spike seems faint.

Polkadot’s failure to make this move could affect its price