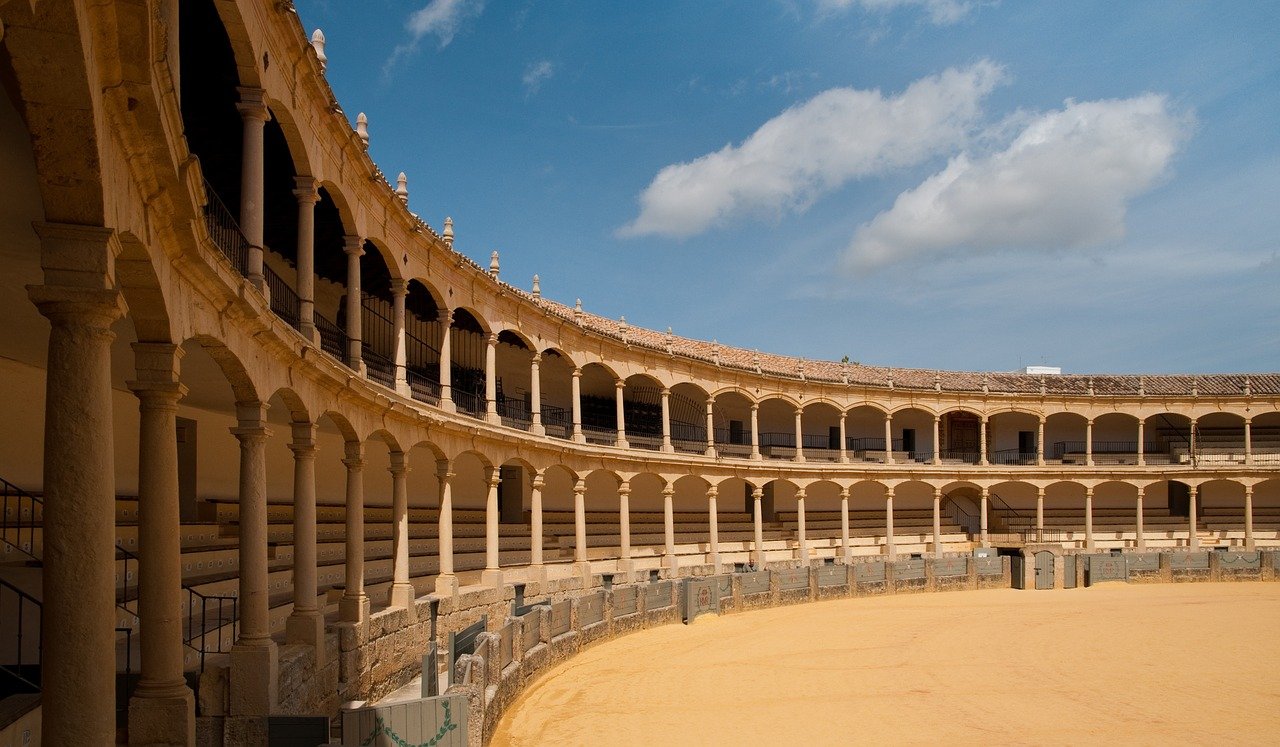 Chainlink saw a bearish divergence on the lower timeframe and experienced a minor dip to test the support at $19.8, but its long-term outlook is strongly bullish. IOTA appeared to invalidate a bullish pattern and could be headed to $0.4 support in the coming hours while Compound continued to register gains.

Meanwhile, in the case of the world’s largest crypto – Bitcoin, the price continued to remain below the $36k level and noted a 24-hour trading volume of $40 billion. 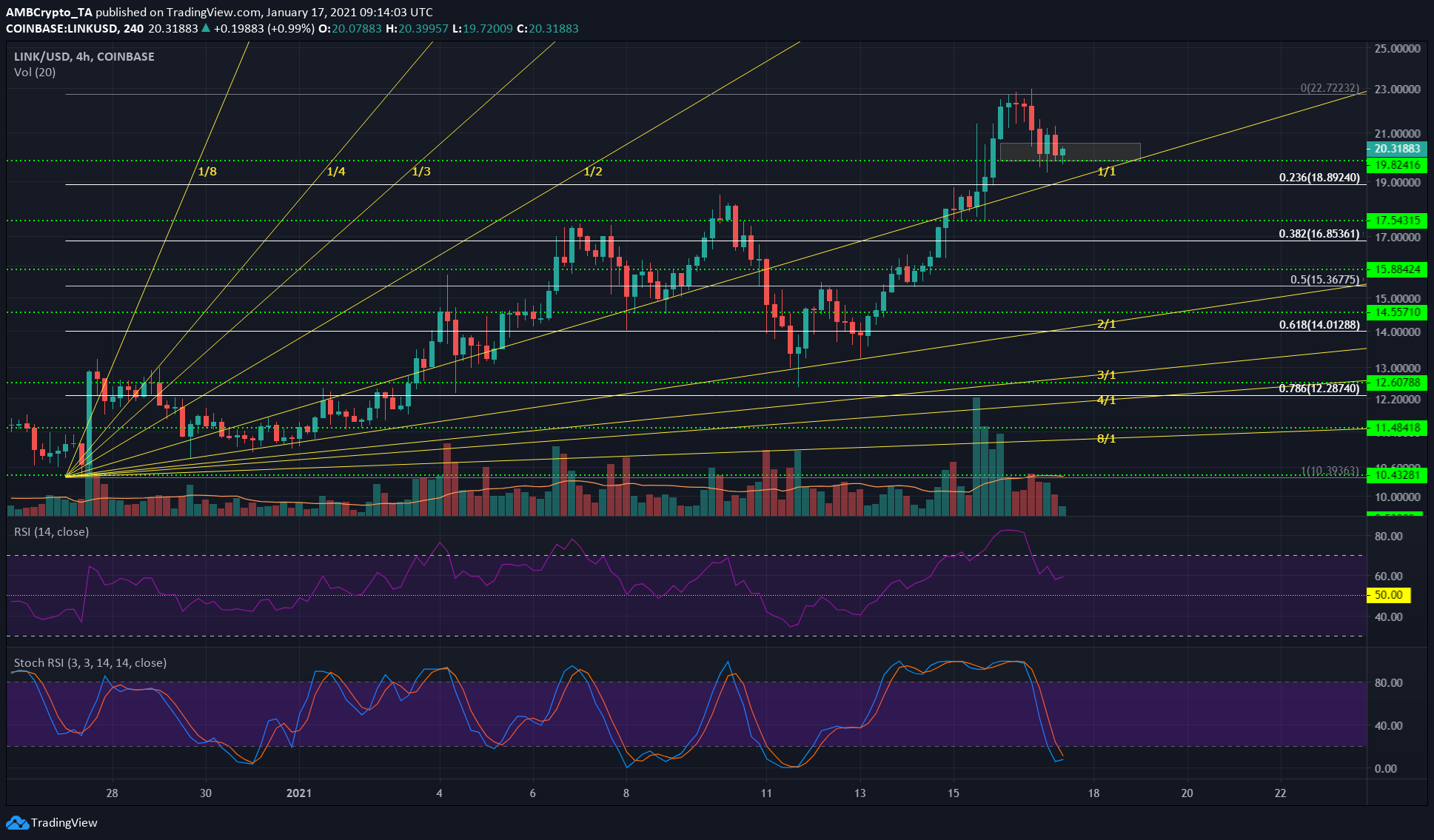 On the 4-hour chart, the RSI showed that momentum behind LINK was still bullish as it showed a value of 60. The price, which has reached a high of $22.7, was forced to visit the $20 region.

The pullback was hinted at on the lower timeframes, where a bearish divergence was seen between the price and the RSI. At the time of writing, there was no indication of a greater dip for LINK.

Both the 1:1 Gann fan line (yellow) and the horizontal level of support at $19.8 can be expected to offer support to LINK over the next few days. The Stochastic RSI was also dropping lower into oversold territory and could reverse to the upside shortly. 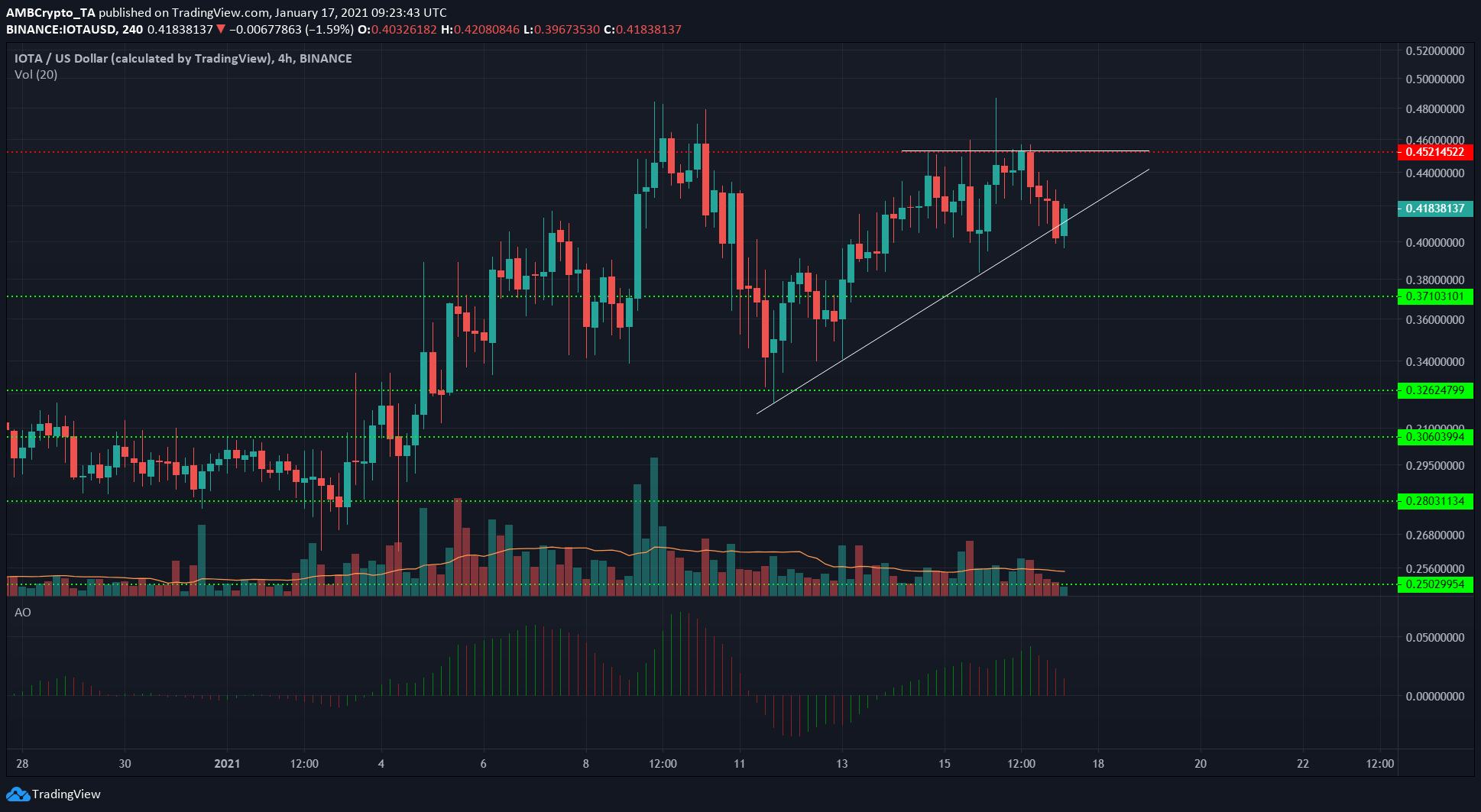 IOTA had formed an ascending triangle, a bullish pattern, but the price slipped beneath the pattern and could be headed to invalidate it.

However, the trading volume has been minimal and often this pattern sees a tiny move to one side before reversing, with volume, to the other.

Hence, in the coming hours, a rise in trading volume will confirm the market direction. Losing the $0.4 would see IOTA slip to find support at $0.37. The Awesome Oscillator showed that bullish momentum was waning – unless buyers step in, $0.37 could be the likely destination for IOTA. 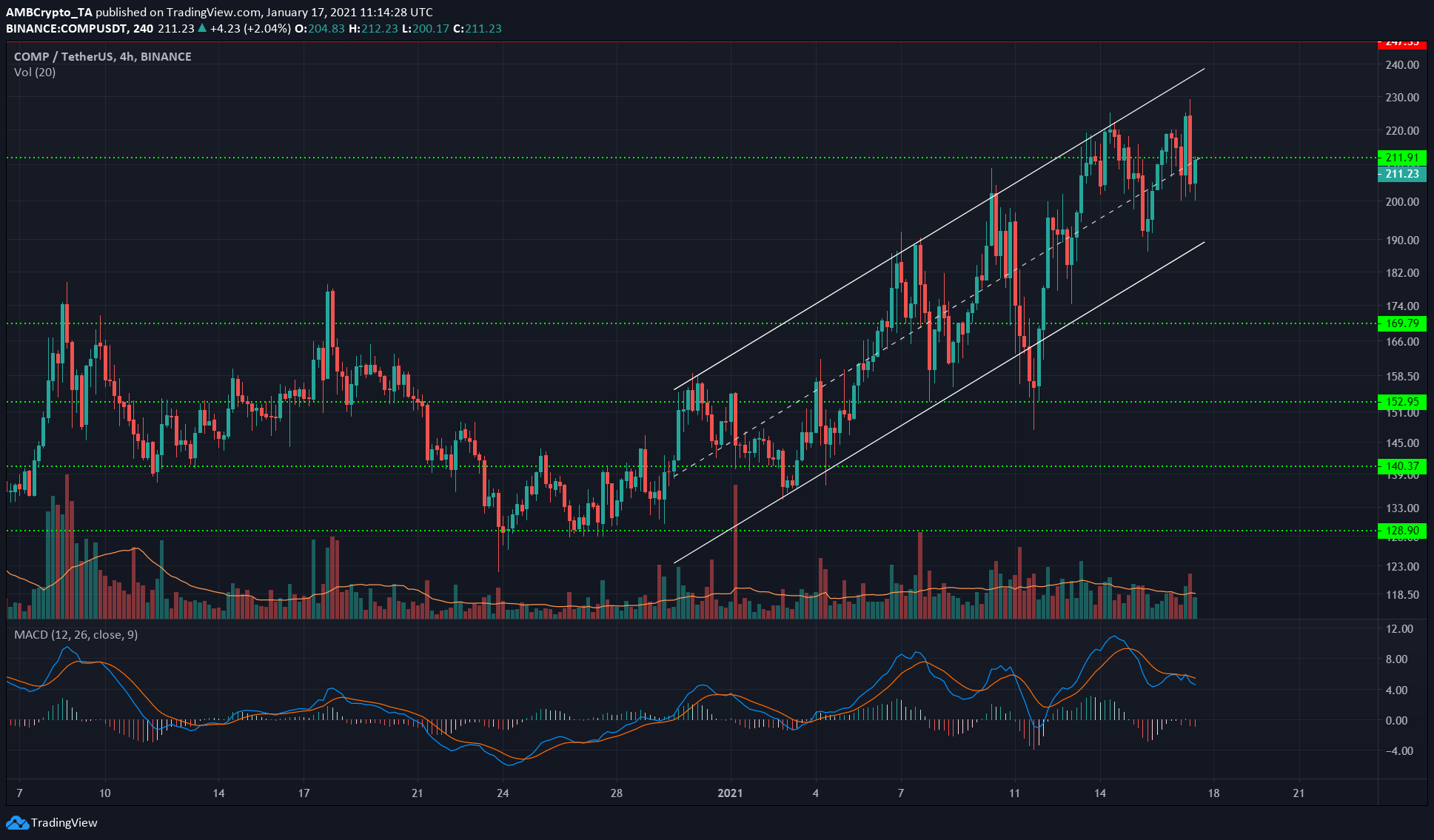 COMP was trading within a rising channel, and might potentially see a reversal that takes it back to the $150 region.

The MACD had formed a bearish crossover, and indicated short term selling pressure. However, the $190 region can be expected to serve as support.

The two attempts to climb past $220 in the past few days were both rebuffed, and this potential double-top formation would be an early indication of incoming selling pressure, should COMP be unable to hold on to the $190-$200 hours over the next few days.

Will Bitcoin see another trend reversal in 2021?