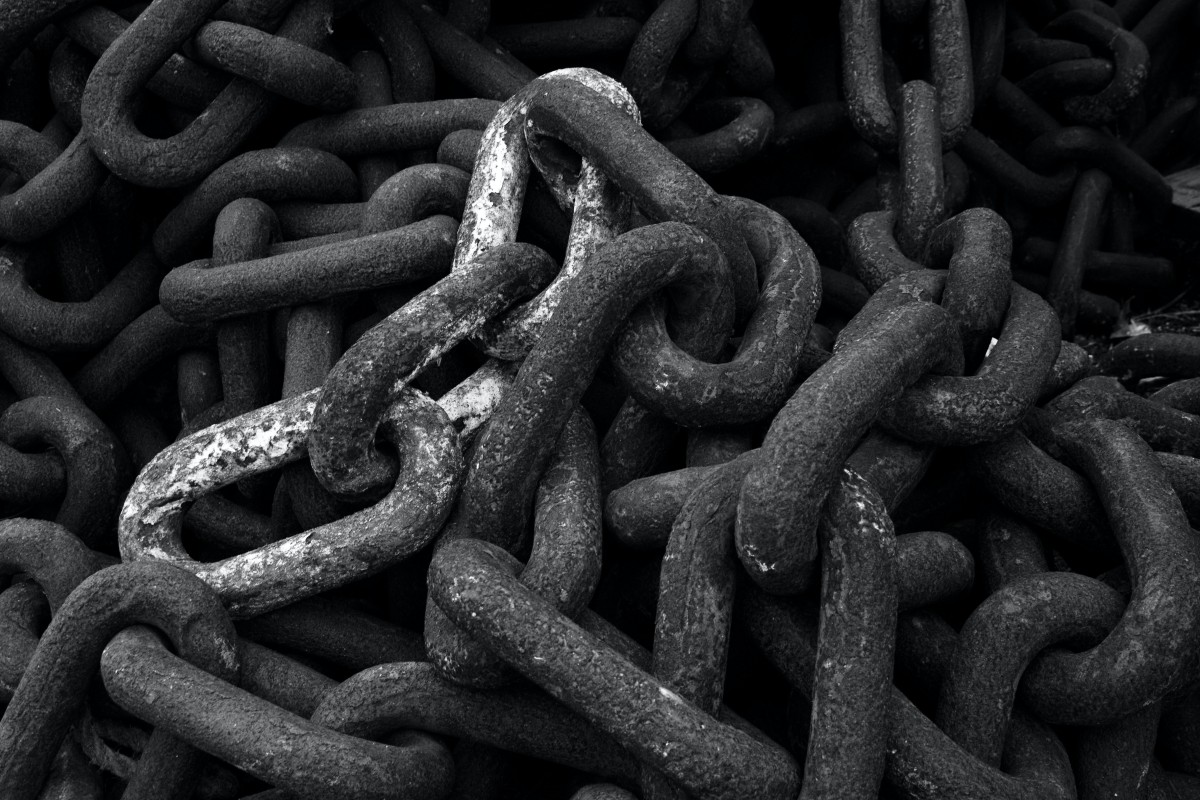 As the competition becomes even more cutthroat amongst blockchain platform providers, it has become a game of which platform has more benefits and utility to offer its users.

On 7 June, Chainlink, through the introduction of what it called Chainlink Economics 2.0 published the roadmap and initial implementation of staking within the Chainlink network.

According to it, “The overarching mission of Chainlink staking is to give ecosystem participants, including node operators and community members, the ability to increase the security guarantees and user assurances of oracle services by backing them with staked LINK tokens.”

Following this publication, data from Santiment showed increased whale accumulation of the LINK tokens pushing the price per LINK token to rally by 9% during intraday trading.

For context, following a dump of LINK tokens by whales on 30 March, they commenced accumulation again after the prices of the LINK tokens started to go down in early May. At the time of press, the whales held over 25% of the supply of LINK tokens for the first time since November.

Apart from a ramp-up in whale accumulation, how else did the LINK token react to the news of upcoming staking to the Chainlink blockchain?

Holders are on a rampage

Investors in the LINK token appeared to have been fascinated by the introduction of staking into the Chainlink platform as bullish activities pushed the token to record an uptick of 13%  in the past 24 hours. Exchanging hands at $8.53 at the time of press, the LINK token ranked high amongst the cryptocurrencies with the most gains in the last 24 hours on the list of top 20 cryptocurrencies.

At press time, trading volume was also up by 76.35%. This uptick, with a corresponding growth in price, showed increased accumulation at the time of press.

The position of the Relative Strength Index (RSI) and Money Flow Index (MFI) at the time of press showed increased money inflow into the purchase of the LINK tokens in the past 24 hours. 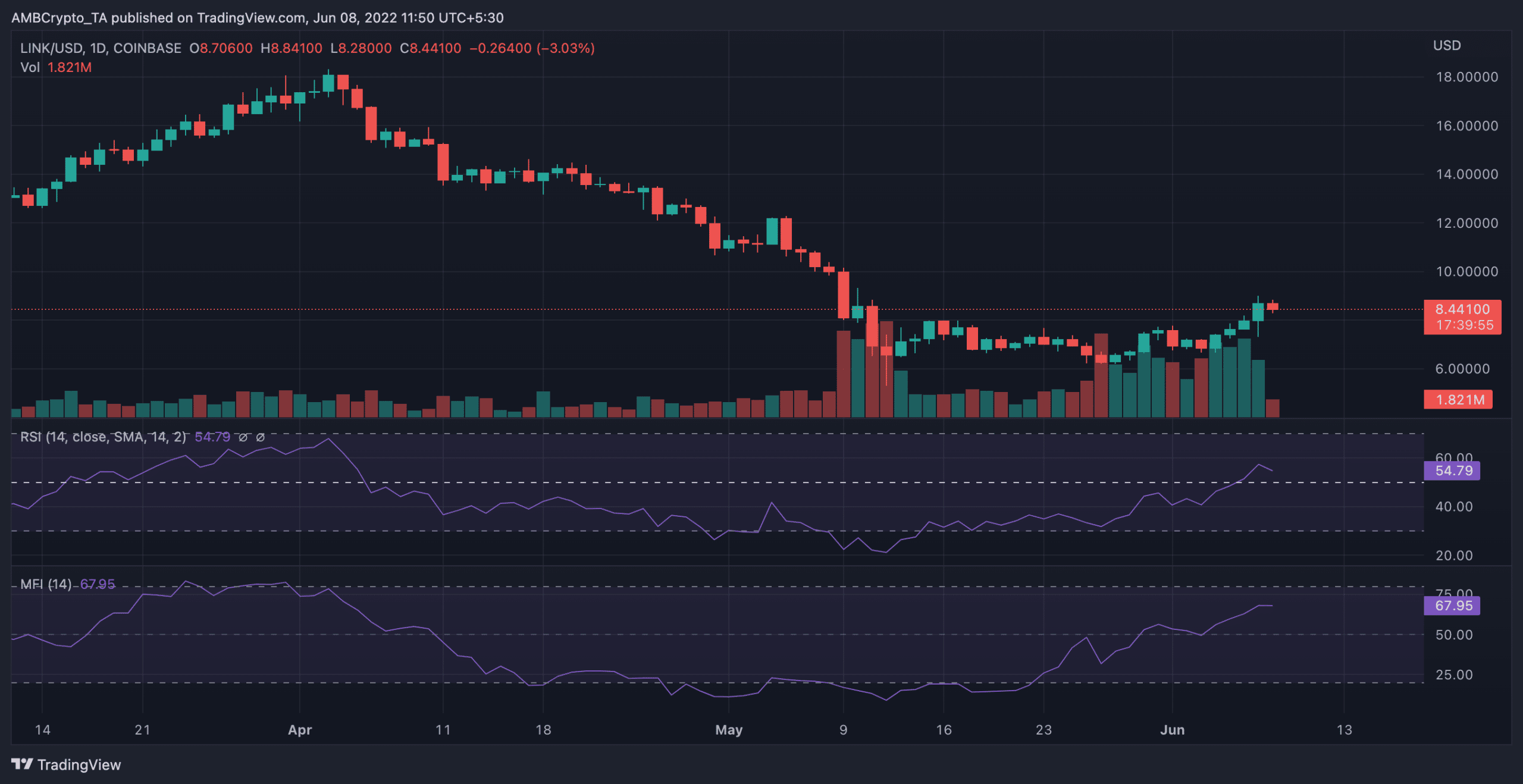 Although the token registered a high of 10% in transaction volume during intraday trading on 7 June, by press time, this had quickly declined by 64%.

Bitcoin: Bull run or a bear halt? Here’s what crypto analysts are suggesting