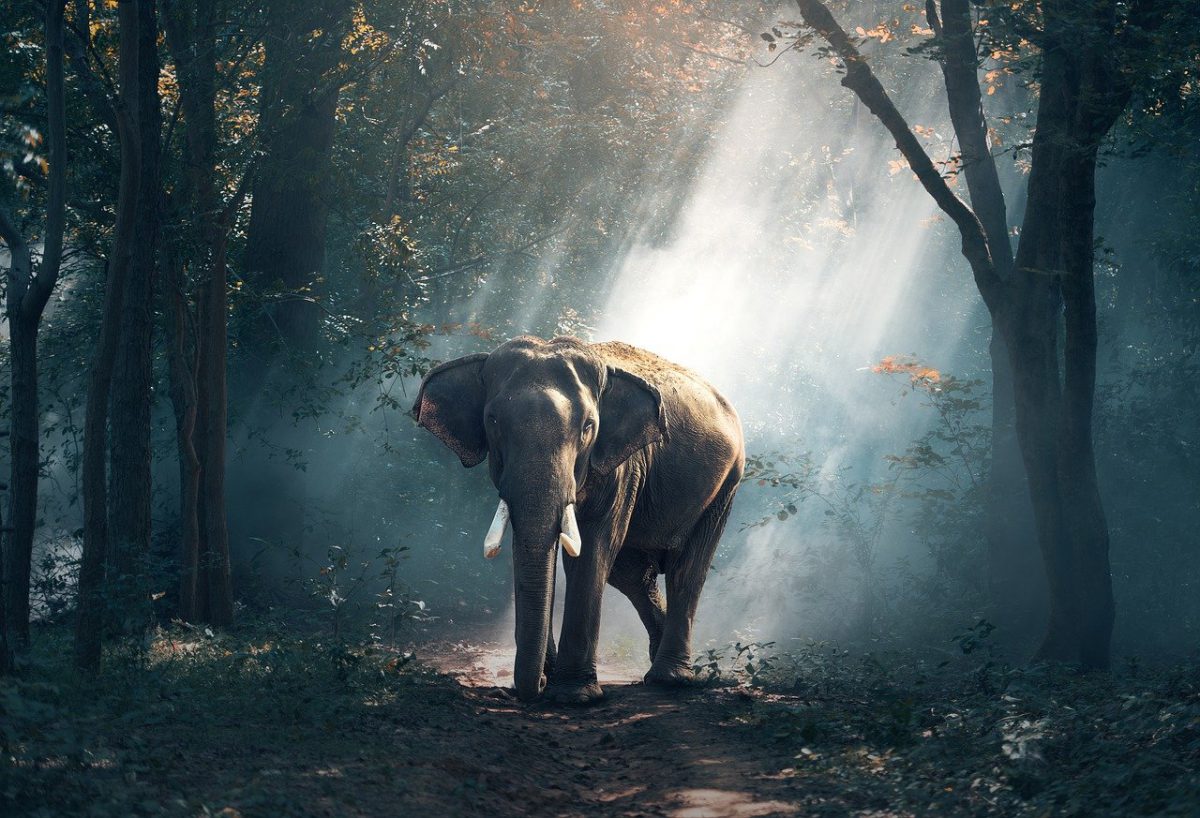 Chainlink saw a breakout past $26.2  and was bullish on the charts with a projected target of $34 in the coming weeks. Synthetix climbed past $20 and could see a minor pullback before its next move upward while Basic Attention Token was rejected at a level of resistance. 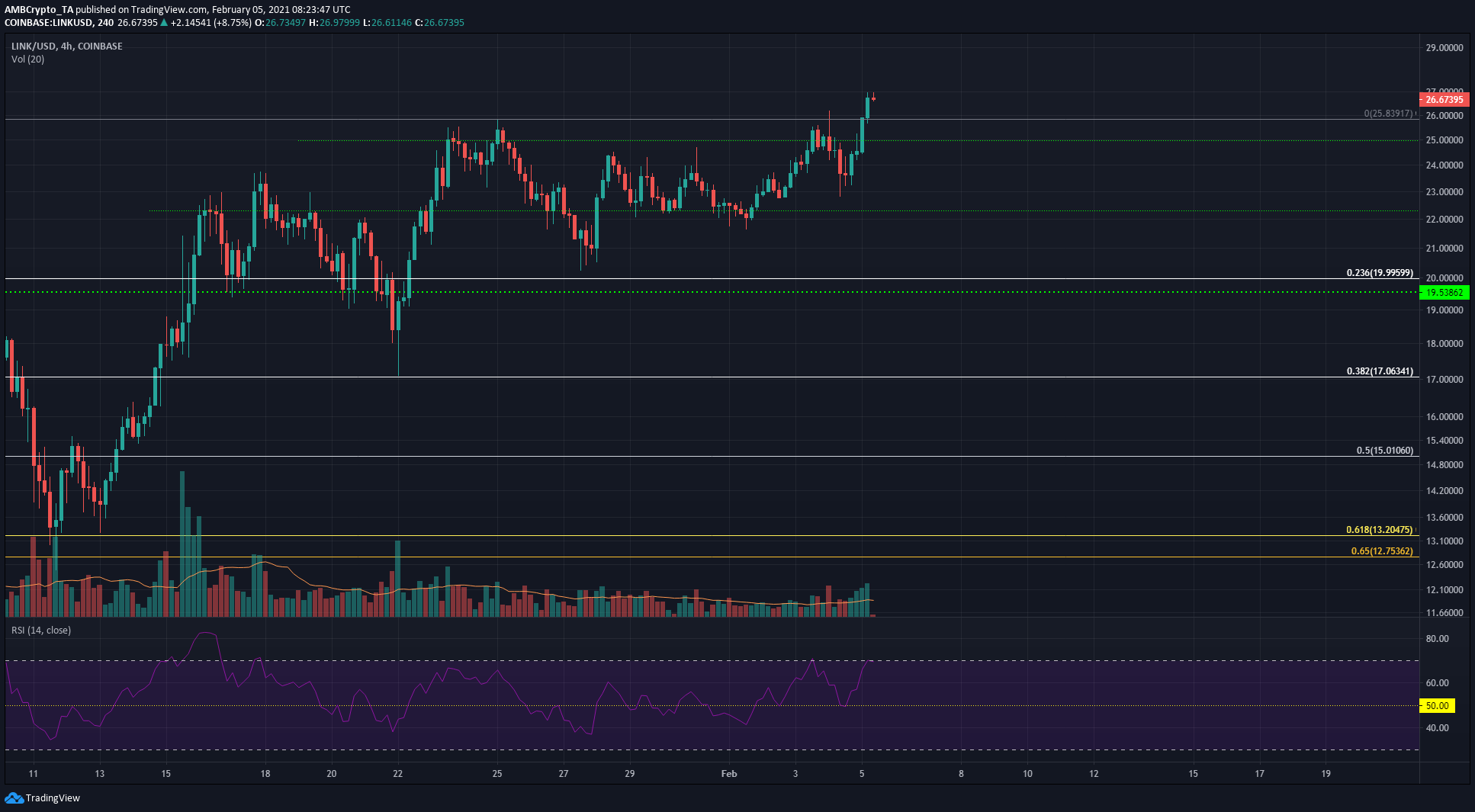 Chainlink posted an ATH at $25.83, and subsequently at $26.19 before being forced to retreat on both occasions. However, the trend has been consistently bullish, evidenced by the series of higher lows LINK has registered over three weeks.

A breakout past the ATH generally sees the asset launched into price discovery. However, there are some doubts about the on-chain metrics that investors need to be wary of.

The Fibonacci retracement tool used for LINK’s move from $8.7 to $25.83 projects a 27% extension level of $34.6 for LINK bulls to achieve over the next month. 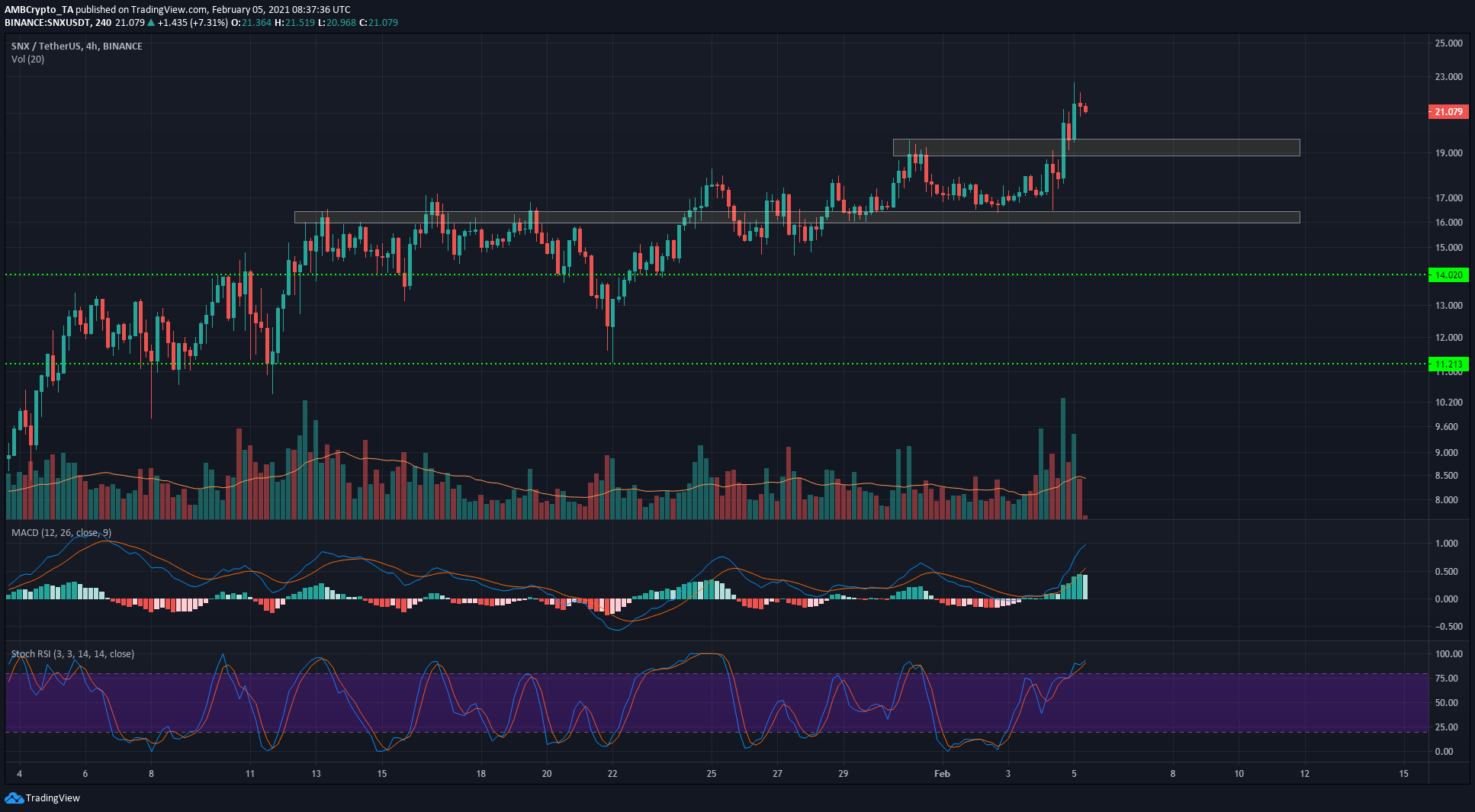 The MACD and signal lines were a distance apart to suggest an overextended market to the buy-side, implying that a minor correction to the downside can occur. The Stochastic RSI was also in overbought territory.

These indicators do not demand an immediate correction, but it can be expected that SNX would see a dip toward $20. If this scenario plays out, the psychological $20 level, as well as the highlighted region from $18.9 to $19.6 can offer support. 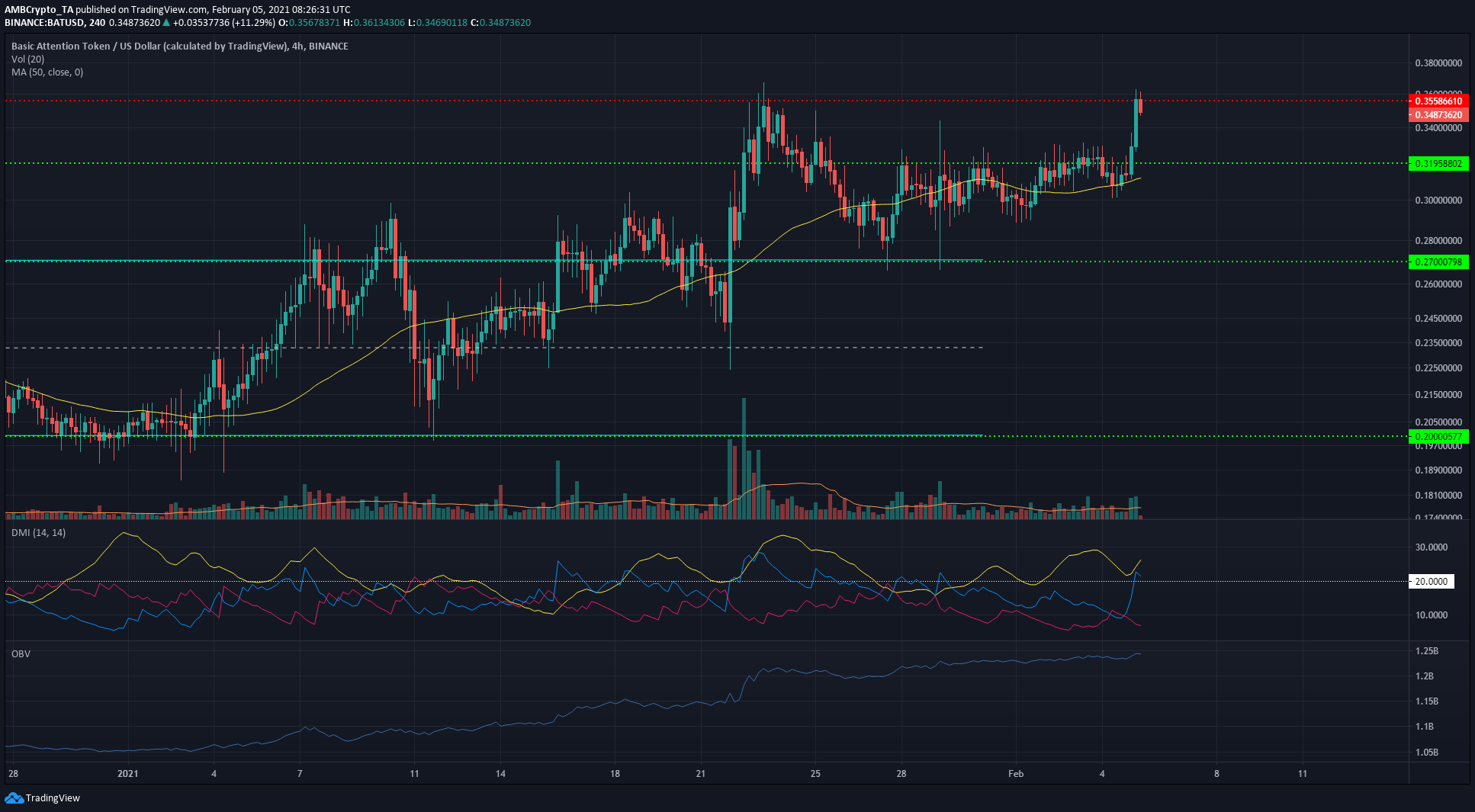 Basic Attention Token broke out of the range between $0.2 and $0.27 and has not looked back since as it surged to test the $0.355 level of resistance for the second time in two weeks.

Each retest of a level weakens it, and that is likely the case for the $0.355 resistance as well – the DMI shows a strong uptrend in progress (although the +DMI was only just above the 20 value). The OBV highlighted a strong

A rejection at $0.355 will likely see BAT seek the $0.34 level as support, with $0.32 beneath it. Buying opportunities can be found at these levels.

Here’s why Bitcoin is susceptible to just ‘mild bearishness’