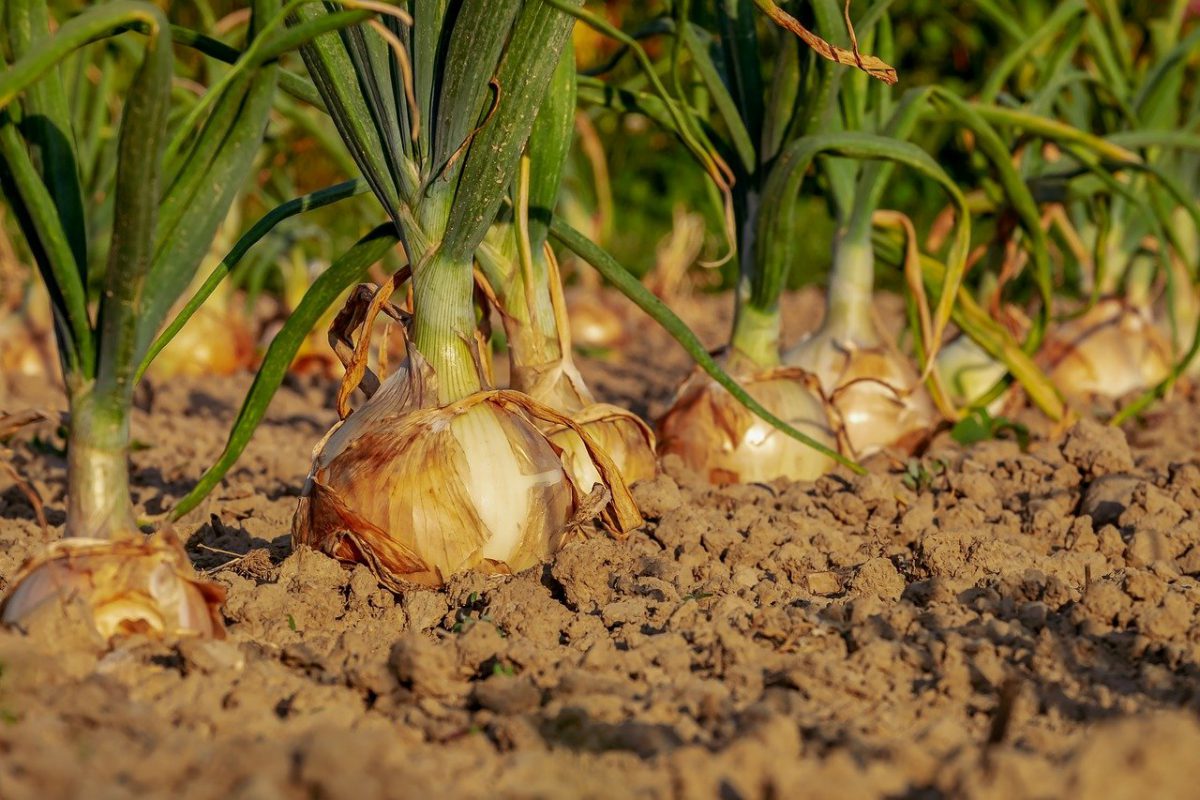 Chainlink and Tezos broke out of a descending channel more than a week ago but were unable to sustain the bullish momentum. Tezos even failed to achieve its breakout target as bears steadily drove prices lower, and had the upper hand at the time of writing. Dogecoin saw a strong surge a few days back but was losing some of those gains and could be headed to the $0.004 mark in the next week. 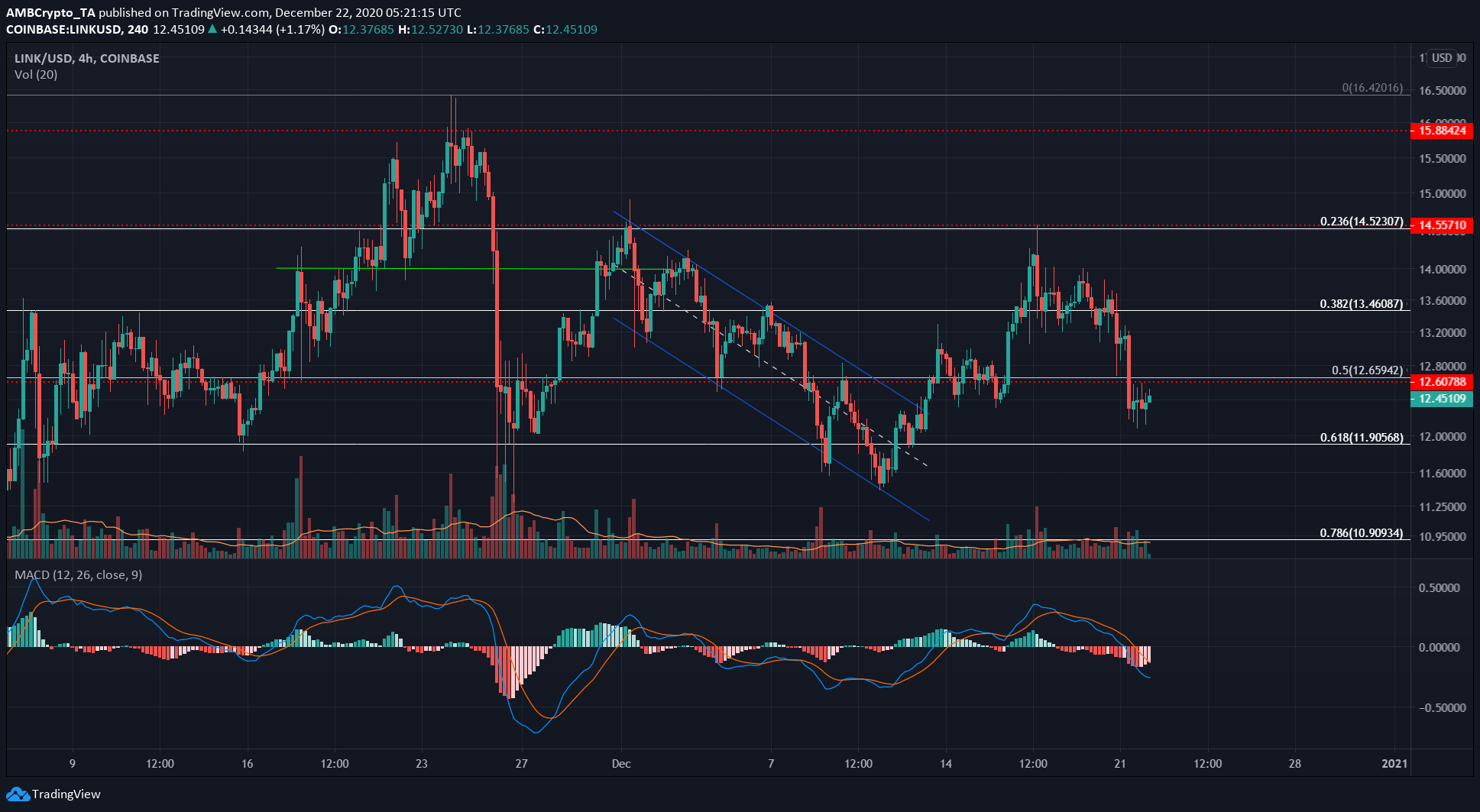 Link dropped beneath the 50% Fibonacci retracement level once more after its breakout from the descending channel nearly two weeks ago met stiff resistance in the $14 region.

The 50% level also coincides with the $12.65 horizontal resistance level, making it an ominous level to lose for the bulls. This could see LINK drop further in the coming days, with support at $11.9 and a pocket of liquidity at $11.6.

The MACD formed a bearish crossover and dived beneath the neutral line to denote strong bearish sentiment in the market. 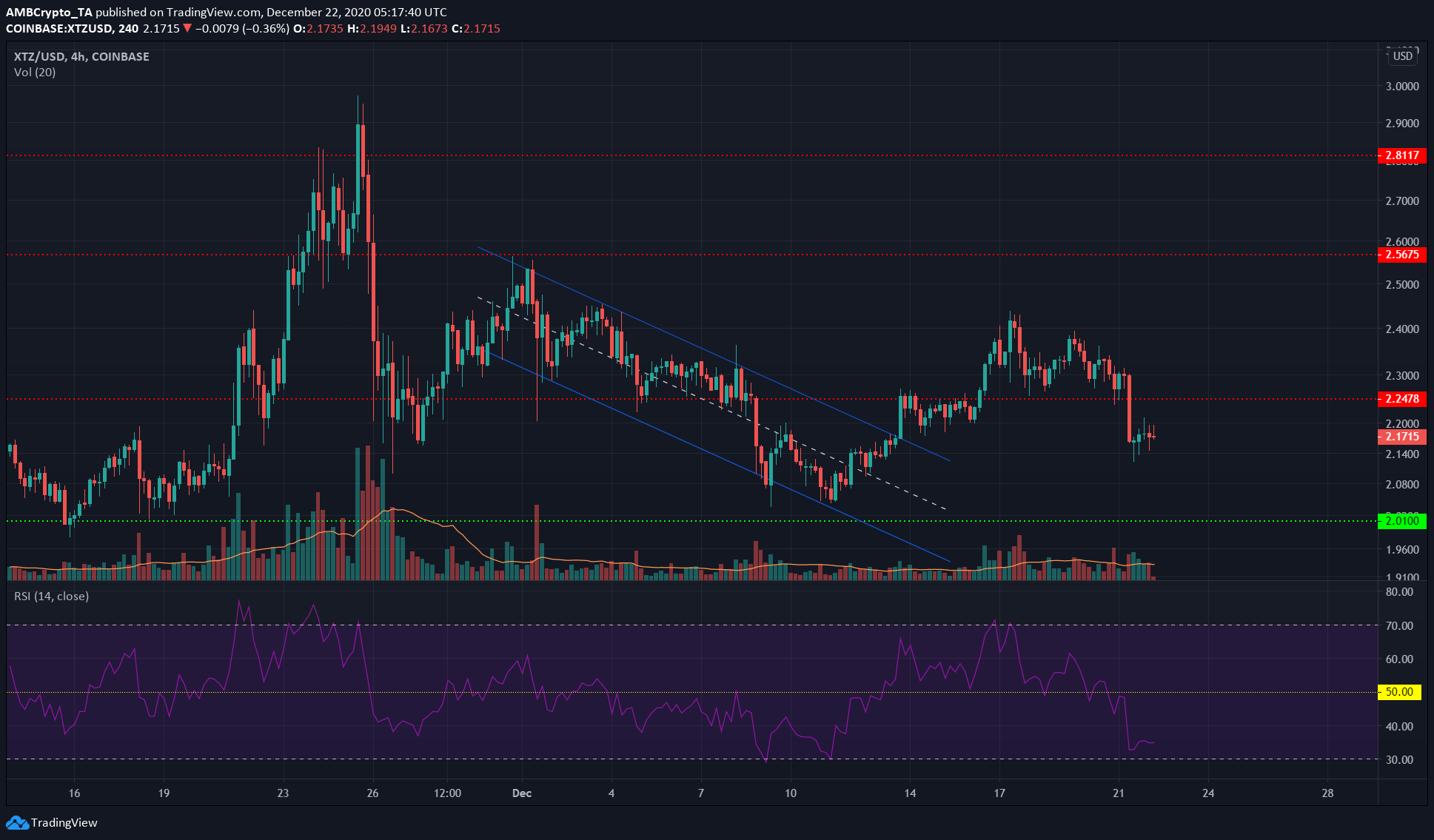 The short-term outlook for XTZ is quite bearish. Even before BTC’s drop, XTZ had struggled to climb past the $2.4 mark. It had broken out of a descending channel, but despite the bullish reversal structure, the bulls were unable to drive prices higher.

The $2.24 level of support was lost in recent hours, and the next level of support is the psychological $2 level. The RSI showed strong bearish momentum behind XTZ as it showed a value of 35.

In other news, StableTech, a Tezos group, was attempting to get the attention of DeFi users by introducing wrapped ETH (ETHtz) to run on the Tezos blockchain. This is done in an attempt to attract ETH DeFi users who are unhappy with the escalating gas fees for Ethereum transactions. 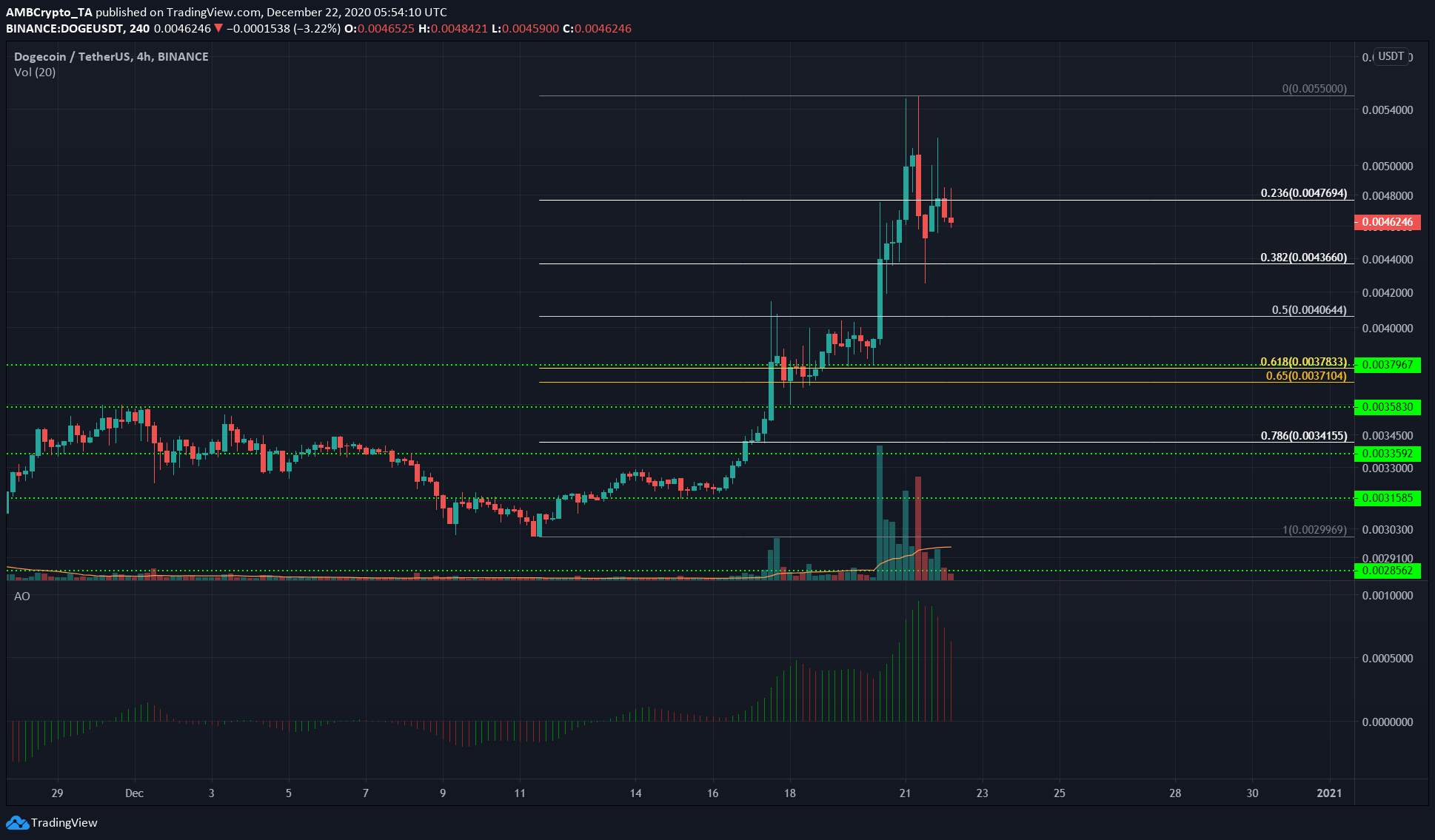 The Fibonacci Retracement tool showed likely levels where the price can witness support and resistance. The Awesome Oscillator, which showed strong bullish momentum due to the recent surge, was resetting back toward the neutral line as it formed a series of red bars.

The 50% and the 61.8% retracement levels will be important levels for the price on a longer-term and will see accumulation by traders. In the near-term, the price was rejected at the 23.6% level and headed to the $0.0043 mark.

How did Bitcoin successfully push above $20k this past week?