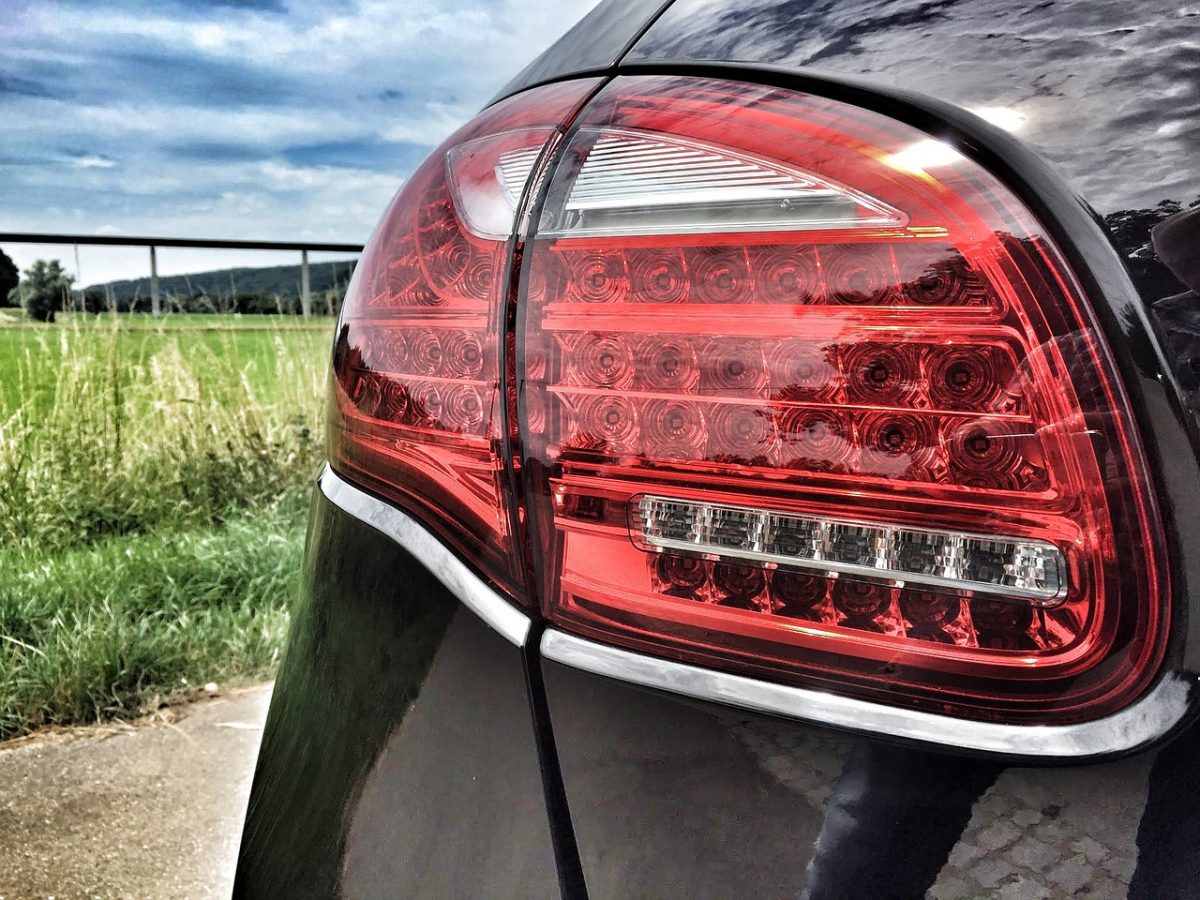 Chiliz has performed well in the month of September. The rally two weeks ago measured 60% from the lows to the swing high. Despite a 15% pullback over the past week, the longer-term outlook remained bullish for CHZ.

Yet, a drop below $0.22 would invalidate this idea. In a previous article, a bearish divergence was seen, and the selling pressure on Bitcoin forced a sharp pullback for Chiliz.

Chiliz at a bullish order block, but choppy waters ahead 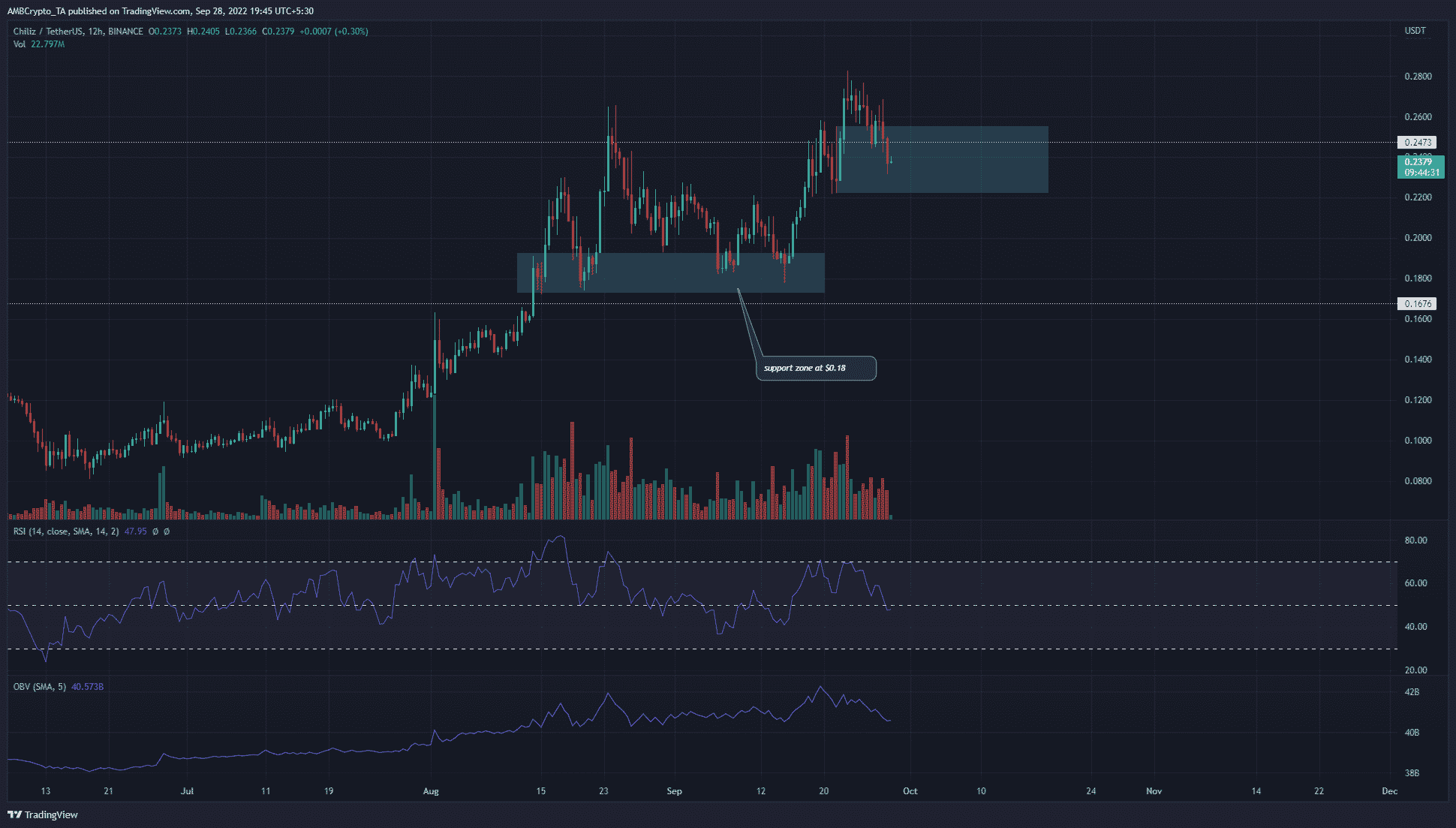 The daily timeframe had a bullish structure. Therefore on the 12-hour chart, a bullish bias was warranted. The $0.18 area was an important support zone from which CHZ rallied to $0.28 earlier this month. In mid-August, the $0.24-$0.25 area had acted as resistance.

At the time of writing, the price had slipped below the $0.247 key level. However it was still within the bullish order block formed a few days ago. Hence, a buying opportunity of relatively higher risk was present.

To the upside, a move to the $0.28-$0.3 region could materialize in the next week or two. However, such a scenario could be heavily reliant on Bitcoin holding on to the $18.6k support. BTC climbing back above the $20k mark would aid CHZ sentiment as well.

Net inflow over the past two weeks- are derivatives the play? 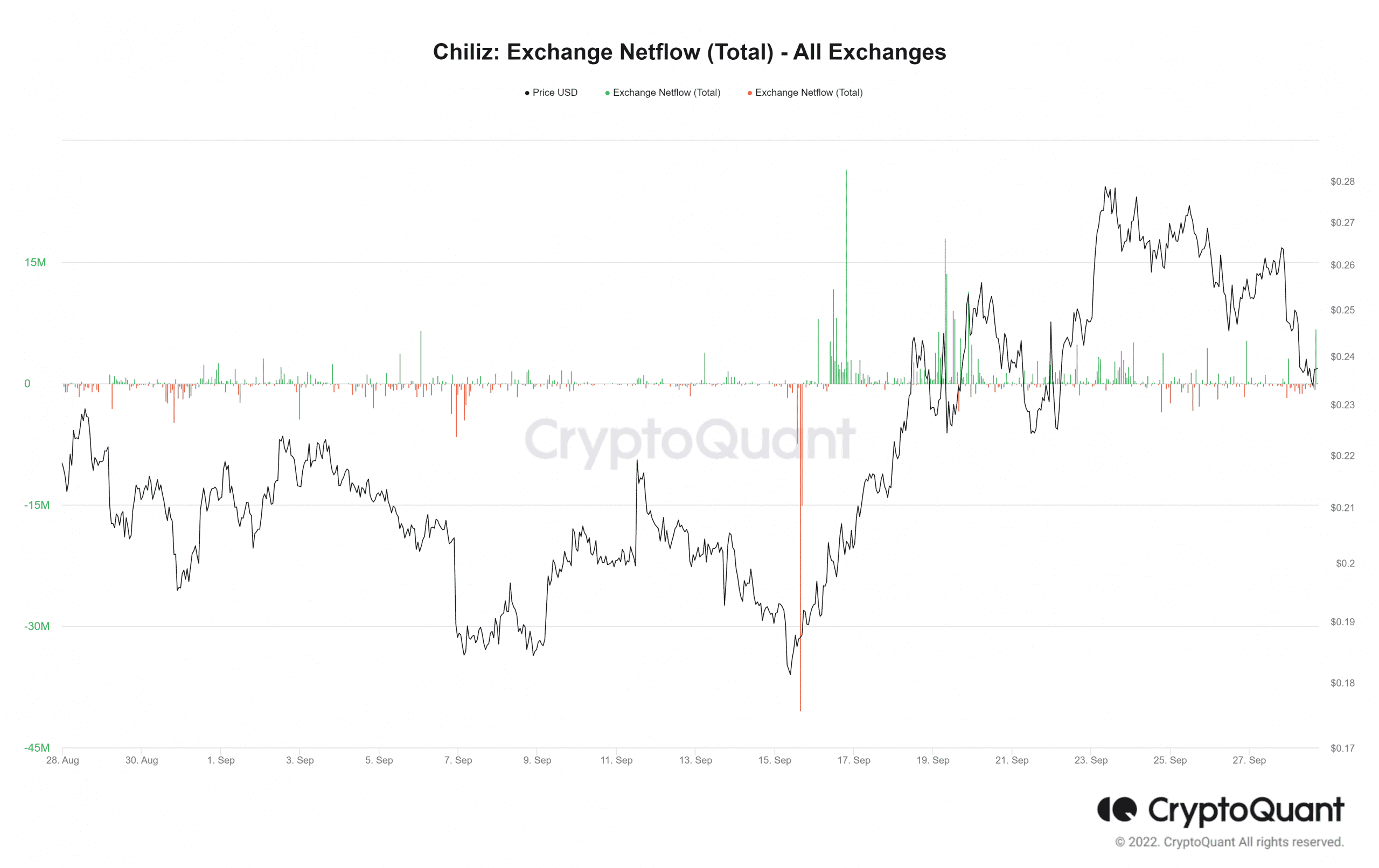 In mid-September, a couple of days of heavy CHZ outflow was seen from the exchanges, according to data from CryptoQuant. This outflow suggested coins could have been sent to cold storage and a sign of investor accumulation. Yet, in the two weeks that followed, CHZ saw steady inflow into exchanges even as the price rallied to $0.28.

Overall the inflow in the past few days suggested that volatility could be around the corner. Bitcoin’s fall beneath $20k could be the beginning of a larger downward move. Fear of further losses could see market participants sending CHZ to exchanges for selling.

Invalidation of the bullish notion set forth would be a daily session close below the $0.22 mark. To the north, bulls can look to take profit at $0.28. The bias was bearish for Bitcoin, and BTC could drag CHZ lower over the next few days. Hence, caution was key.

ApeCoin’s ventures may garner whale attention, but will bulls follow the whales