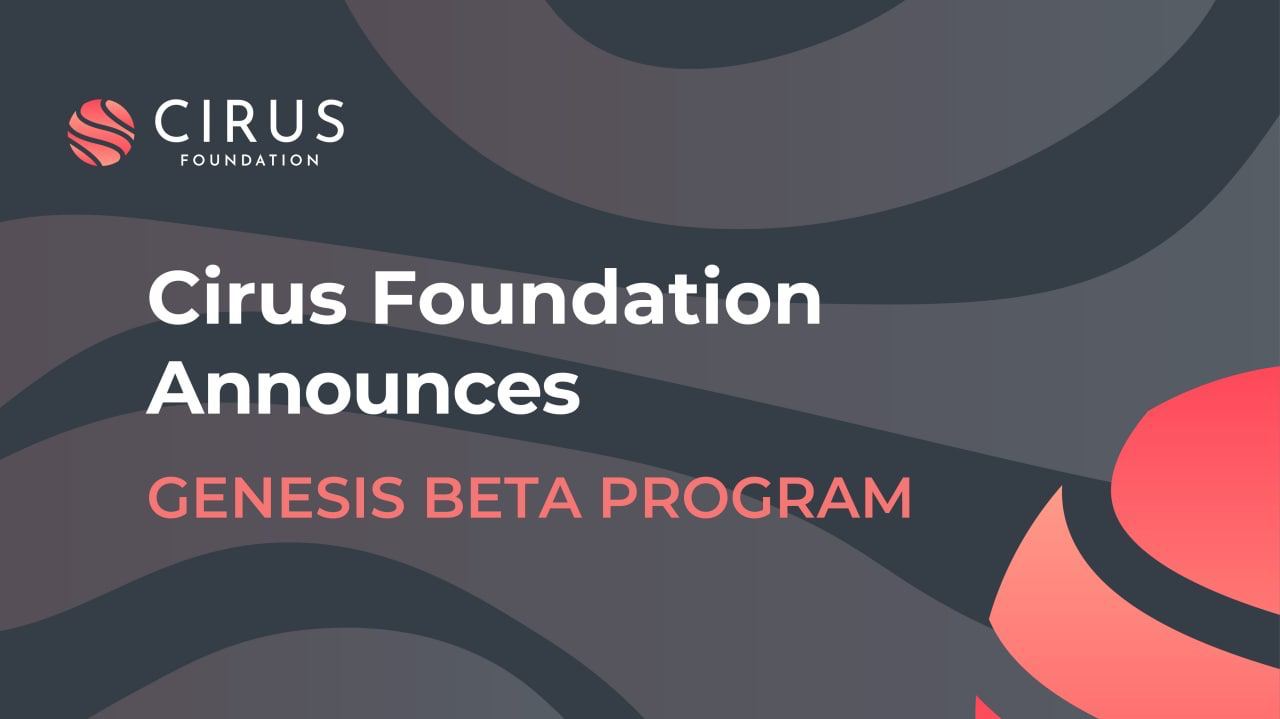 The Cirus Foundation is proud to announce that the Genesis phase of the data ownership revolution will commence within the coming weeks. Interested parties are now able to add their names to the waiting list to be among the first users invited to beta access – with invitations to be sent out shortly. Within 3 days, over 30,000 people have now registered for the waitlist.

Once allowed access, users will be able to harness the platform to stake their tokens in Cirus’ contribution pool, swap tokens between the Polygon (Matic) and ERC-20 versions, and access partner liquidity programs to begin earning CIRUS tokens.

The Cirus Foundation believes that the community is the centerpiece of the program. Early adopters will reap the most benefits as the network expands and moves through further development milestones, with an increasing feature set for the platform.

The Foundation is also preparing to roll out its high-tech routers into Indian households through its recently-announced partnership with D-VoiS, with this community being among the first to power up the ecosystem once installed.

The Cirus Device is not needed to engage with the network or to take advantage of the Cirus ecosystem. Users involved at this exciting pre-launch stage will help test the platform and become the first to benefit when the data collection and monetization modules are added.

By putting data back in the hands of the people and rewarding them for their everyday internet usage, the Cirus Foundation will push more of the benefits of the Web3 economy into the hands of everyone who joins the Cirus Ecosystem. Those who are interested in helping drive the growth of the Ownership Economy are welcome to join the waiting list for Genesis Access.

Cirus Foundation is the development team behind the Cirus Ecosystem, an accessible onramp designed to accelerate the adoption of Web 3.0 and the Ownership Economy.

This consists of the Cirus Device, the Cirus Core Platform, and the Cirus Confluence Network which work together to give users true ownership over the data streams they generate.