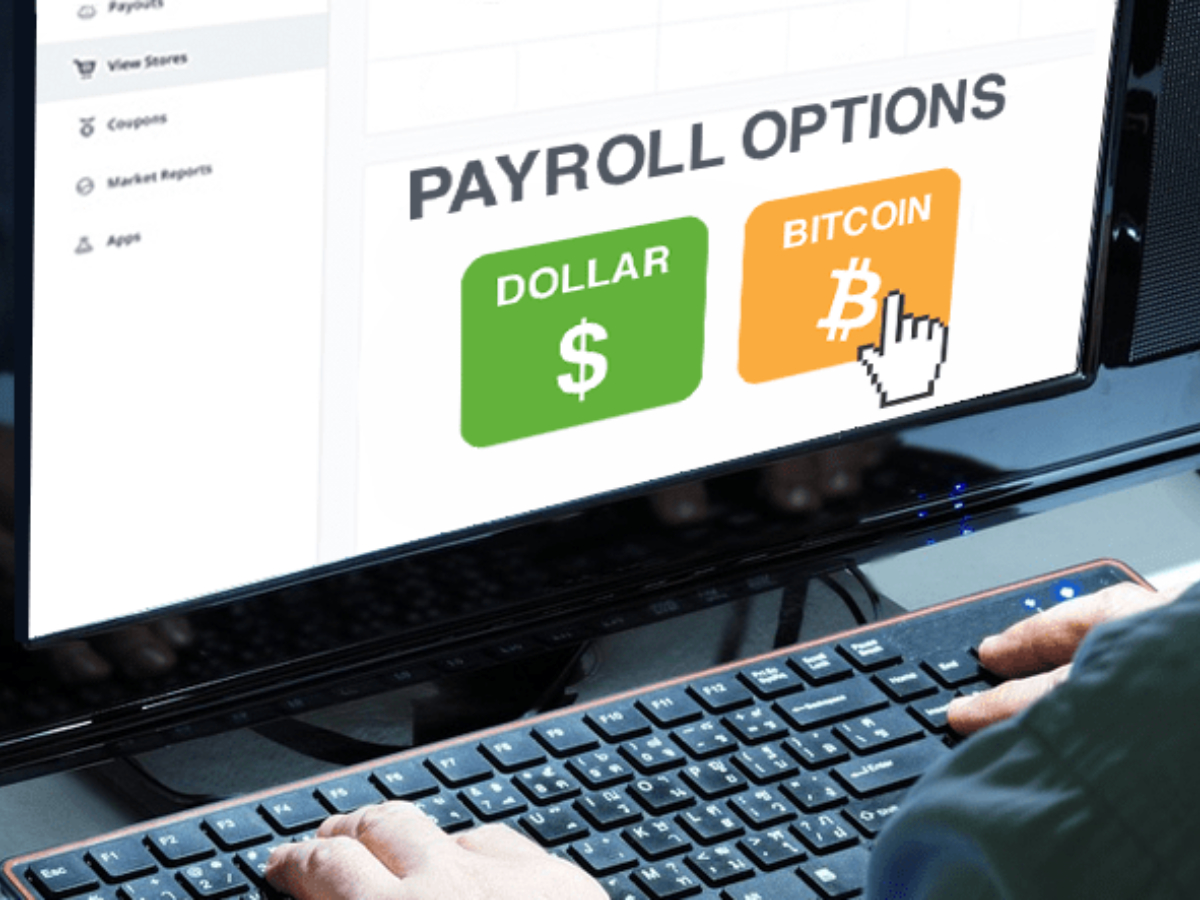 When you think of cryptocurrencies, you imagine extremely long or extremely short candlesticks with prices moving up and down, unhinged. But, have you ever wondered if that very cryptocurrency could one day be how you’d receive your paycheck? How do you feel about it? Do you prefer it? And if not, why?

While all of these questions were answered, one important question is yet to be answered – What cryptocurrency can be the best to pay wages in, and why NOT Bitcoin?

According to the findings of a recent survey, about 65.5% of the respondents would not mind being paid in cryptocurrencies.

What’s more, there are also those who while not entirely willing to get paid in crypto, will be open to being paid part of their salaries in crypto.

65.5% of people would be okay with receiving their salary in crypto | Source: Skynova

On being asked which coins would they prefer, the answer, as expected, was not surprising. About 74.3% of them voted for Bitcoin, while another 32.9% said Ethereum and 26.5% preferred *drumroll* Dogecoin 🙂 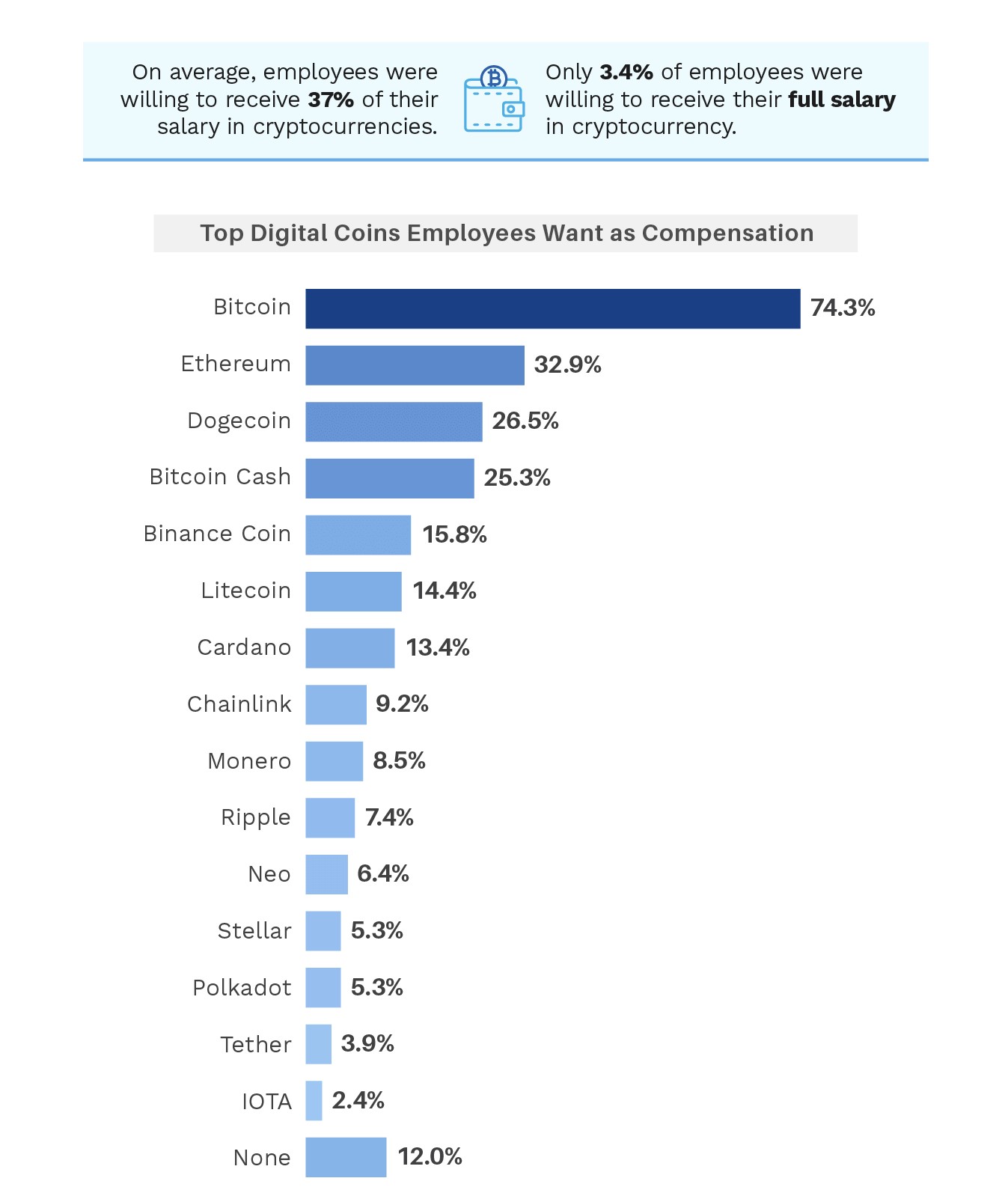 List of preferred coins for payment of wages | Source: Skynova

First of all, we’re all familiar with the volatility that ensues every day. When it comes to investments, fluctuations are almost the norm. Sometimes, they do not affect people as badly since their livelihood doesn’t depend on it. On the contrary, if they did, then everyone would be in trouble.

This month alone, Bitcoin has gone up by 11.9%, before falling by 19.5%, leading to an overall loss of 10%. Needless to say, no person would be happy if they lost 10% of their wages so dramatically. 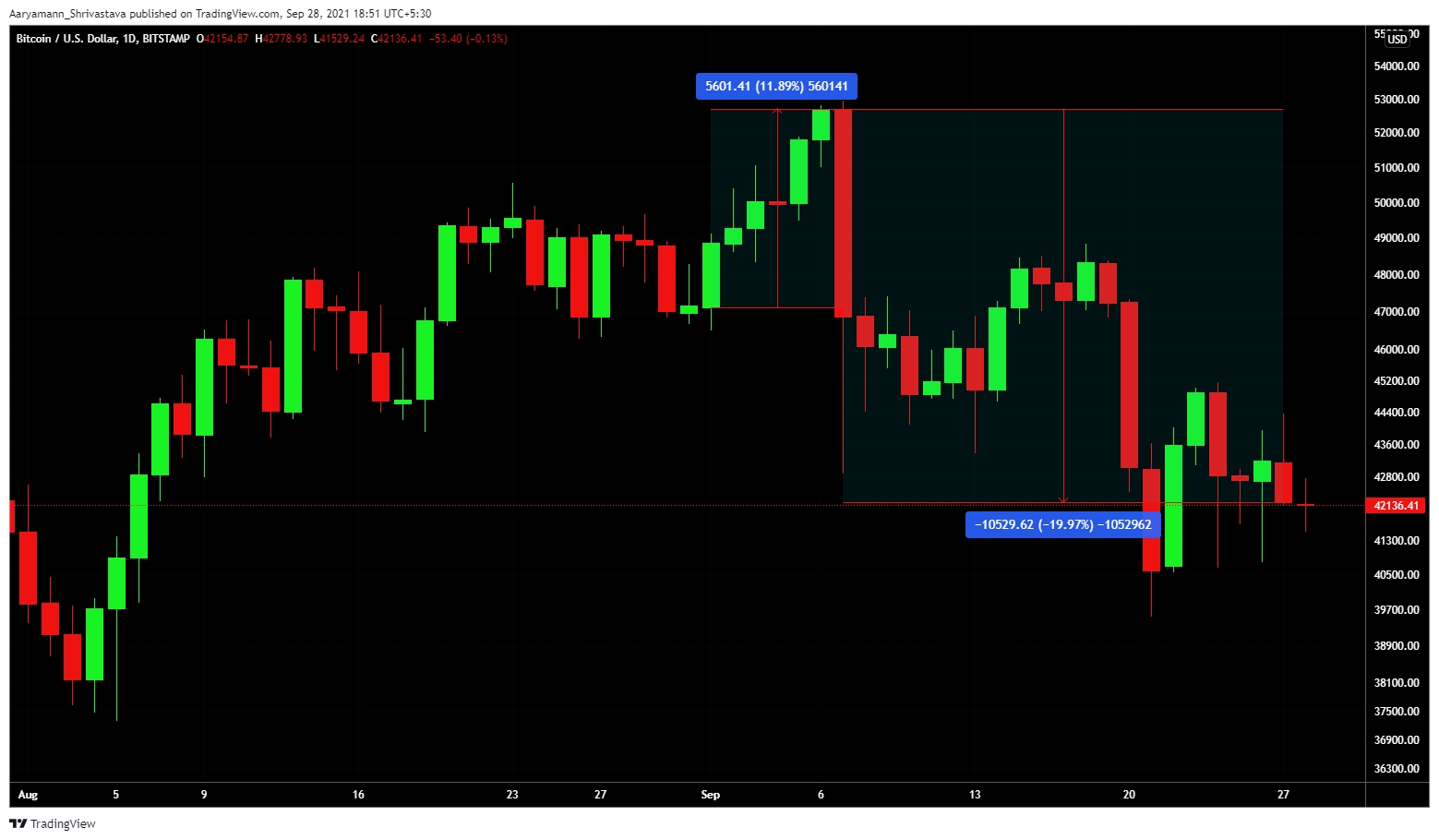 That being said, Bitcoin may still emerge to be an acceptable preference for paying wages. Especially since countries like New Zealand and Australia do allow for wages to be partially paid in Bitcoin.

On the contrary, the likes of Ethereum and Dogecoin still fail to make a strong case for the same. Ethereum, for example, is in the middle of restructuring the entire blockchain by moving to the PoS protocol. Dogecoin’s network, on the other hand, has visibly failed to show any development over the last 5 months.

Here, it’s worth noting that the preferred asset list is listed in the order of the asset’s popularity, and not actual understanding of use cases. Ergo, promoting the idea of giving wages in cryptos may not be the best of ideas in light of the said lack of awareness.

If not Bitcoin, then…

Stablecoins are the right assets that can be chosen if one is willing to pay/be paid in cryptocurrency.

First of all, they’re known for being stable. I mean, it’s right there in the name. Stablecoins are largely free from the volatility that affects the likes of Bitcoin, Ethereum, and Dogecoin.

Secondly, they still further the adoption of crypto and the benefits of decentralization that come along with it, without “putting livelihoods in danger.” 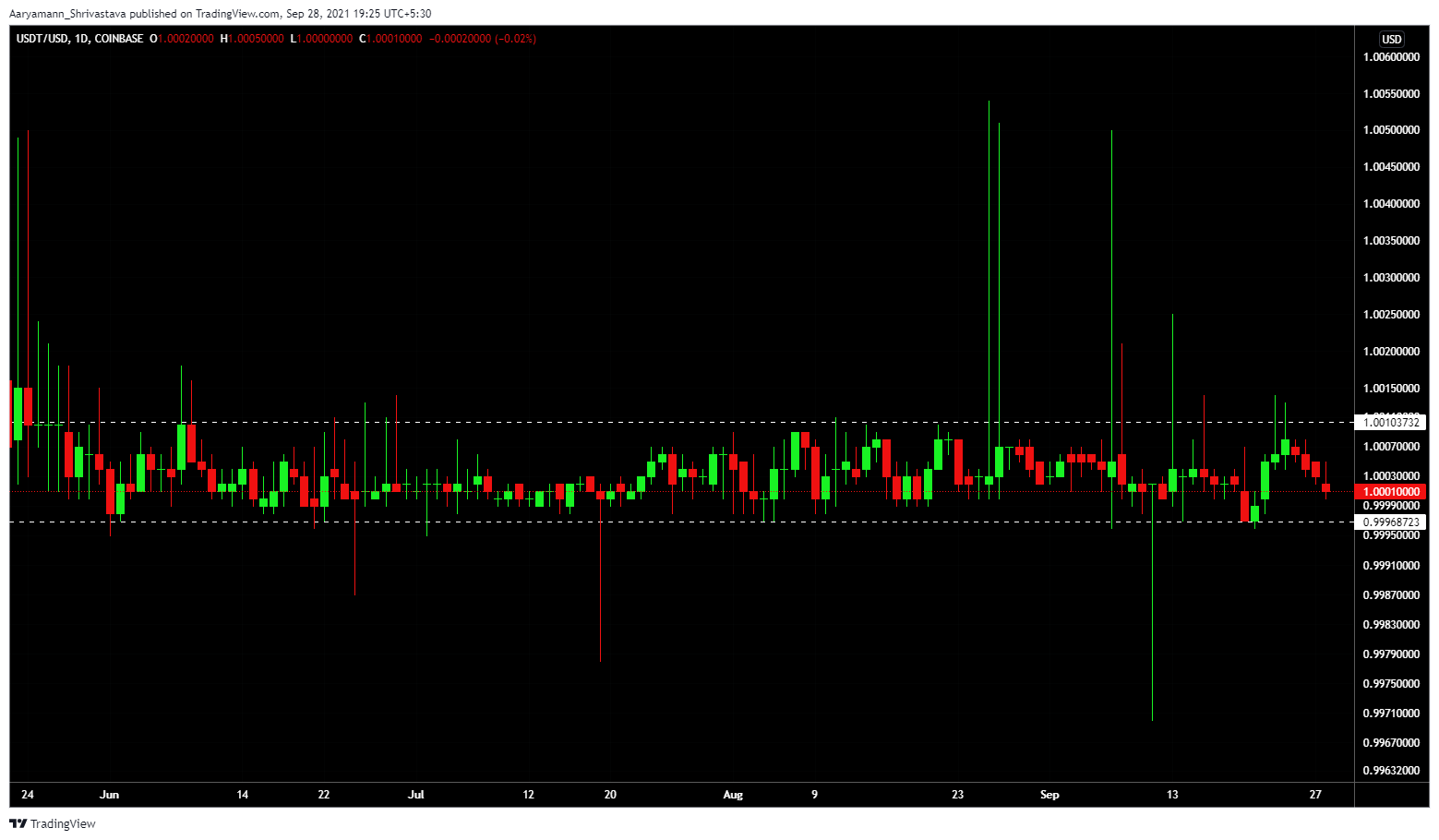 Stablecoin fluctuation under ±$0.1 throughout May crash and July rally | Source: TradingView – AMBCrypto

Ergo, for the purpose of paying wages, picking stablecoins or similar assets would be the right call over highly volatile assets. Despite volatility not being as big an issue today as it was a year or so ago.

Related Topics:dogecoinEthereumfeatured-mainSalary in Bitcoin
Up Next