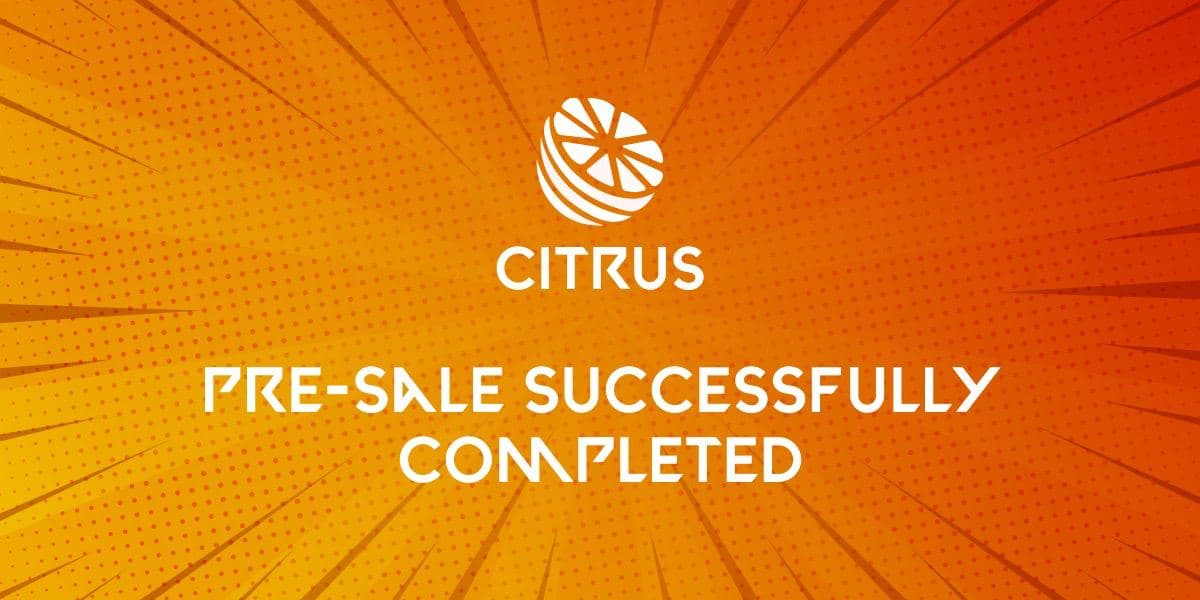 Citrus, the community-focused gaming token, raised 17 million dollars during their oversubscribed presale fundraising round. This private sale represents the first segment of Citrus’ balanced token distribution that aims to benefit every stakeholder, with the main benefits allocated to their token holders.

It occurred in three weeks, between July and August 2021, with their value set to 0.50 USD; 0.75 USD; and 0.95 USD accordingly. Over this first period, the users who benefited the most from it were investors: they received a 10% bonus during the first week, then a 7% during the second week, finally a  5% bonus during the third week.

Citrus employs an Affix system to safeguard investors against big whales and humpbacks who can manipulate the coin and cause price volatility. Consequently, this system ensures that each investor retains a limited quantity of their tokens on a single wallet until the end of a private sale. Another way that Citrus has to reward investors is by referral, e.g. the process by which investors introduce more people to Citrus from their network. When a current holder’s referral purchases $CTS, 5% of the transaction will be paid to the holder’s wallet immediately.

According to Citrus’ roadmap, 163.4 million tokens are going to be locked for five years before releasing 10 million each quarter. These tokens would be used to enhance global corporations and blockchain start-ups, promote blockchain games and develop banking and governance tokens as they were unlocked one by one.

As for now, Citrus is ready to deploy the amount raised over the pre-sale, 17 million dollars, within the project to build its own blockchain, NFT marketplace, and blockchain messaging application in two separate phases. More details will soon be announced on the subject.

Citrus is a Binance Smart Chain token with the mission of accelerating the revolution of gaming and giving answers to the blockchain world by offering next-gen DeFi ecosystems, lucrative NFTs, user-friendly DApps, and beyond.