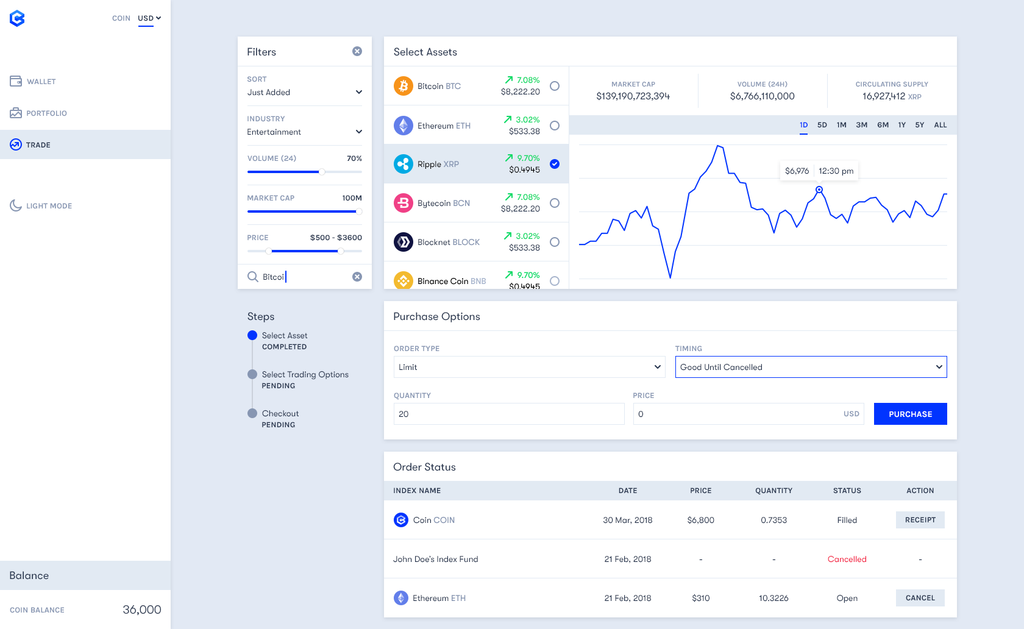 With this fail faster principle in mind, despite only being a year old and with only $2 million dollars with the recent drop in crypto prices, they were able to bring to the market three major revenue-generating products.
Coinvest, a cryptocurrency wallet with a built-in investment trading market is generating a buzz with its target market – investors with limited technical experience. Coinvest Plus, a cryptocurrency exchange with an advanced order book matching system that empowers users to exchange cryptonized assets together is similarly getting great feedback for its “Apple-esque” design that allows even advanced users to skip the hoops common in trading with a regular exchange.
And finally, Coinvest Vault, a premium hardware wallet that offers secure offline cold storage for cryptonized assets with an intuitive and friendly user experience. And not only that, Coinvest has already deployed a variety of solutions in the Coinvest ecosystem including its COIN protocol and CoinDNA – a free educational investment website that aids users in their investment journey in the blockchain industry.

In an industry that suffers from bad actors, they always strive to protect their community of users and investors. Early on, they had already tried to follow and be compliant with regulatory laws.
They are one of the few crypto companies that are registered with the US SEC and FINRA. Admittedly, he says, there are a lot of regulatory laws that need to be updated in order to protect the common investors – be it in the United States or worldwide.
And yes, it might be true that the company is an underdog of sorts. Coinvest raised approximately $5M in its token sale earlier this year while many others in the industry raised funds north of $15M. While the COIN token is currently available only at HitBTC, IDEX, and Yobit, there have been little signs of selling activity.
This includes the company’s recent bounty distribution, which commonly results in mass selling with ICOs today. Investors turned supporters are holding on to their investments in the belief for the companies’ future.
Fundamentally, Coinvest has a low market cap with high potential. Coinvest COIN token market cap is currently less than $2M; however, financial forecasts for FY2019 are over $40M in revenue.
Marketing based on hype and FOMO is not an accepted principle for the company; which consists of tenured professionals and alumni from companies such as Microsoft, Wal-Mart, and Hotels.com.  Coinvest advisors include Founders and C-Level executives from Mashable, Microsoft, Disney, and Republic.
Which is probably why it has gone under the radar for most paid crypto influencers out there. For Damon Nam, he wants the products to speak for themselves. As advocates of the belief, “Execution > Ideas”, Coinvest aspires to be a leader in demonstrating that results [and revenue] can be achieved quickly with lean principles, limited funding, and a lot of hard work.
For more information, click here.
Related Topics:featured
Up Next

LockTrip reaches 400,000 hotels soon to be bookable on their platform, by far leading the industry

Why Bonuses are Ubiquitous in the Digital Environment