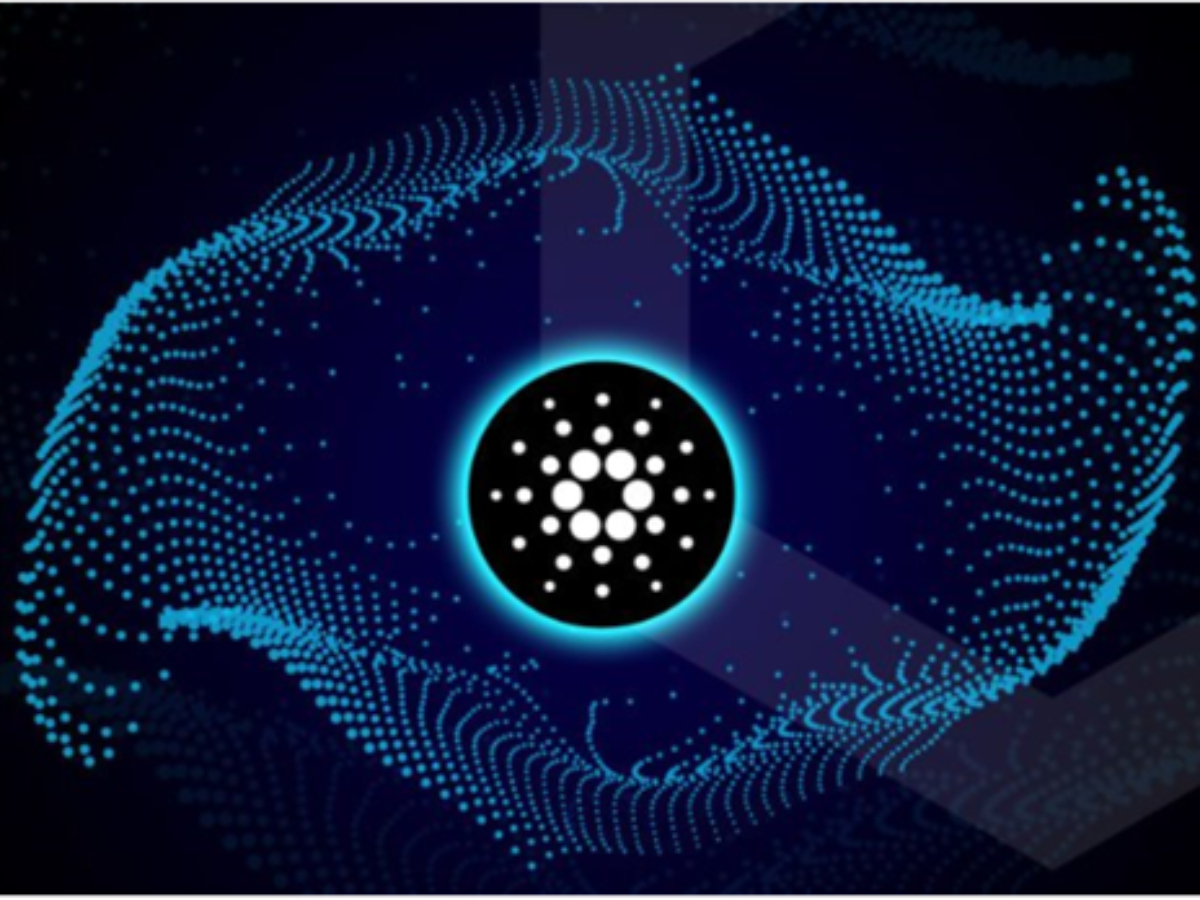 Once the third biggest cryptocurrency, Cardano‘s recent performance turned out to be far below expectations,  to say the least. As the month of November is nearly over and so is 2021, looking at the market doesn’t reveal a rosy picture for Cardano, in fact far from it.

To choose or not to choose Cardano?

Cardano has become the most unpredictable asset in the market at the moment as price action, investor behavior, and network performance all happen to indicate different signs.

Firstly, ADA finally rejected a bounce off of its almost month-long support of $1.9 and fell through, 3 days ago, during which it witnessed a 12.2% fall. Trading at $1.6, the altcoin is now at August levels. This also caused the long-standing support of 200 Simple Moving Averages (Orange SMA) to flip into resistance which now turns ADA into absolute bearish. 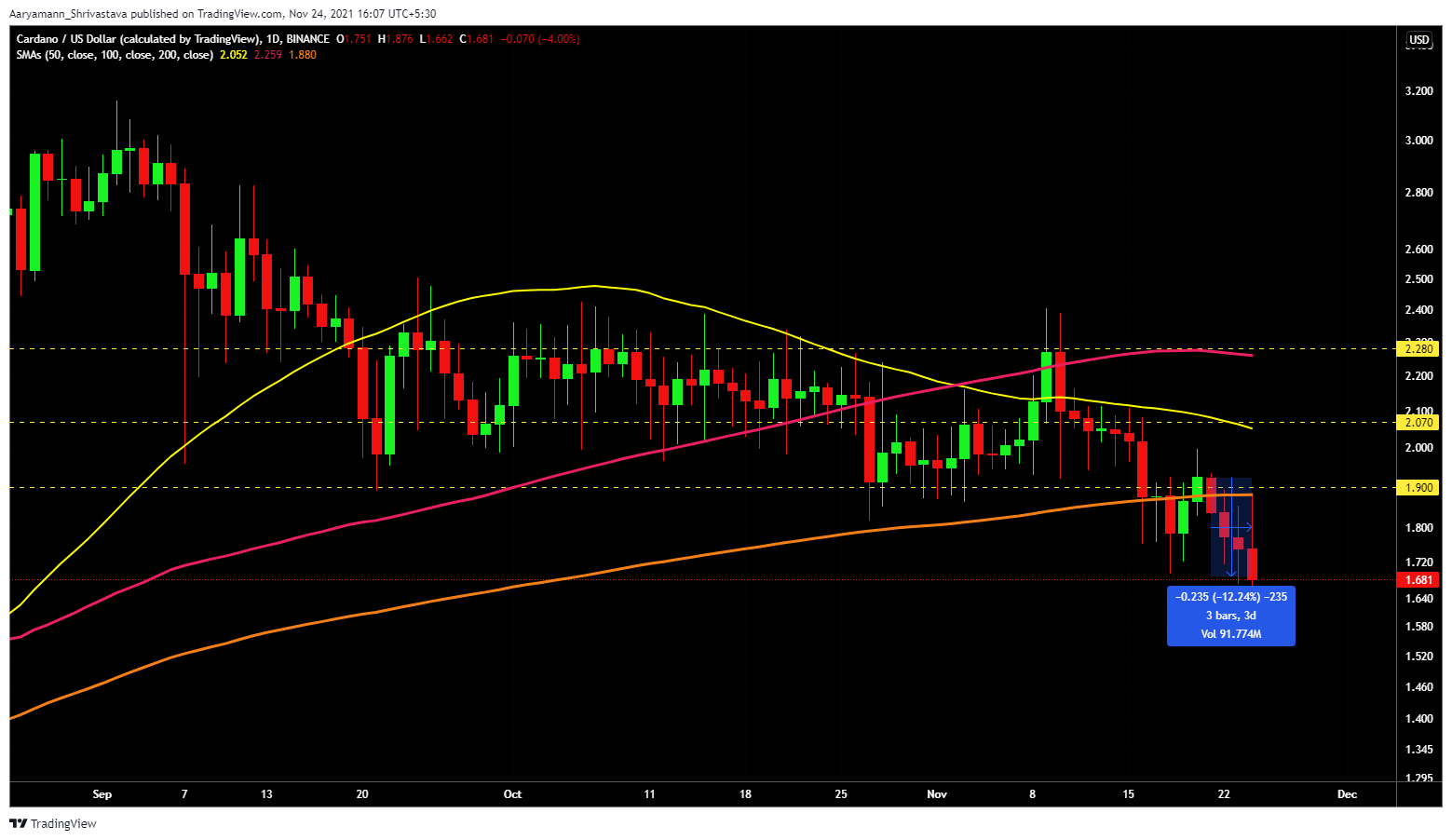 This is also reflected by the net flows of the asset. This week Cardano was the most underwhelming performer compared to other altcoins as it registered $2.1 million in outflows. These figures check out, as on an average, for the last 10 days, more than 100 million ADA is being sold daily. 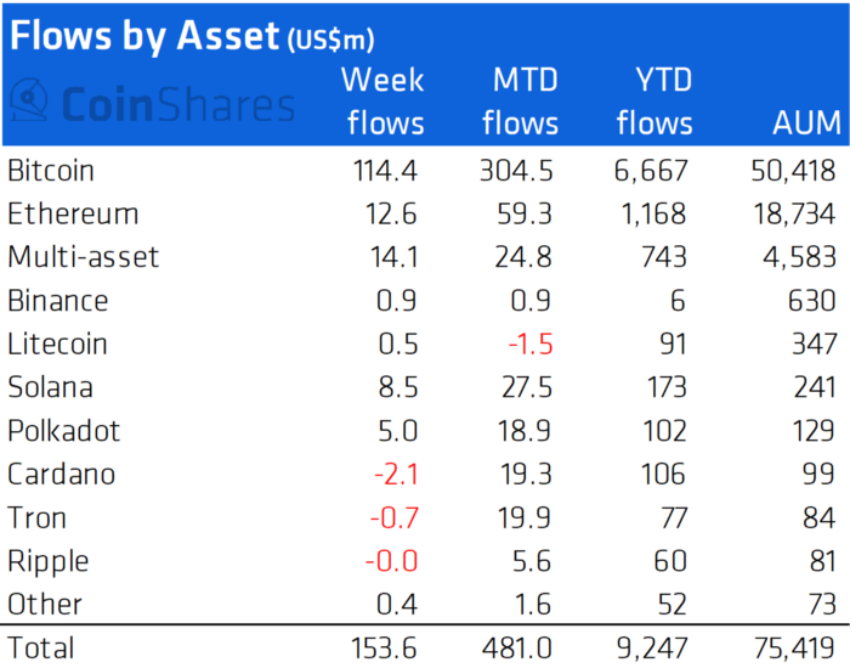 Now, this is where it gets interesting. Looking at the price movement investors’ haste makes sense as you’d expect them to exit the market. However, active addresses, and transaction counts both peaked to all-time highs yesterday, and the total addresses remained unchanged too. 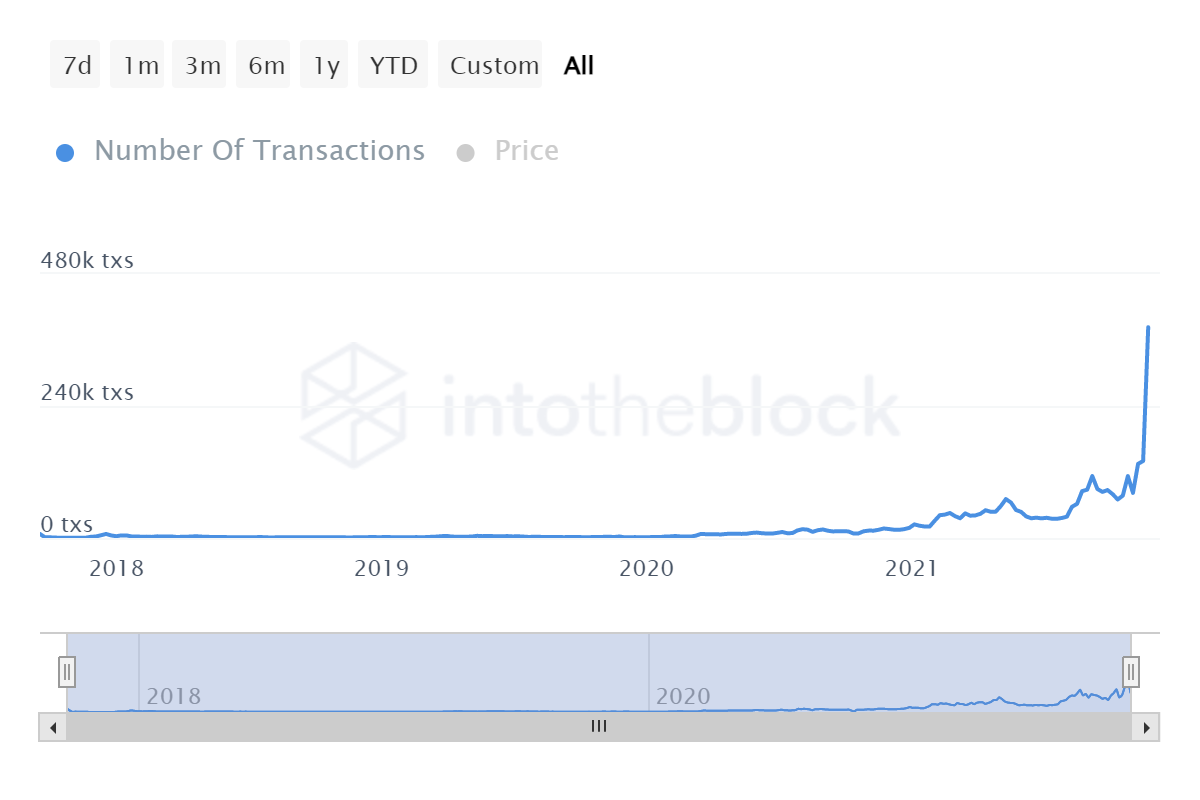 Yet, transaction volumes did not display any anomaly either. Instead, Cardano’s correlation to Bitcoin recovered to 0.88, and its development activity which dipped to the lowest in 3 years recovered.

However, investing in ADA is still not a lucrative idea as its risk-adjusted returns are sitting at negative 2.63. And to add to that, Israeli exchange eToro recently announced its decision to delist Cardano by year-end, citing regulatory concerns. 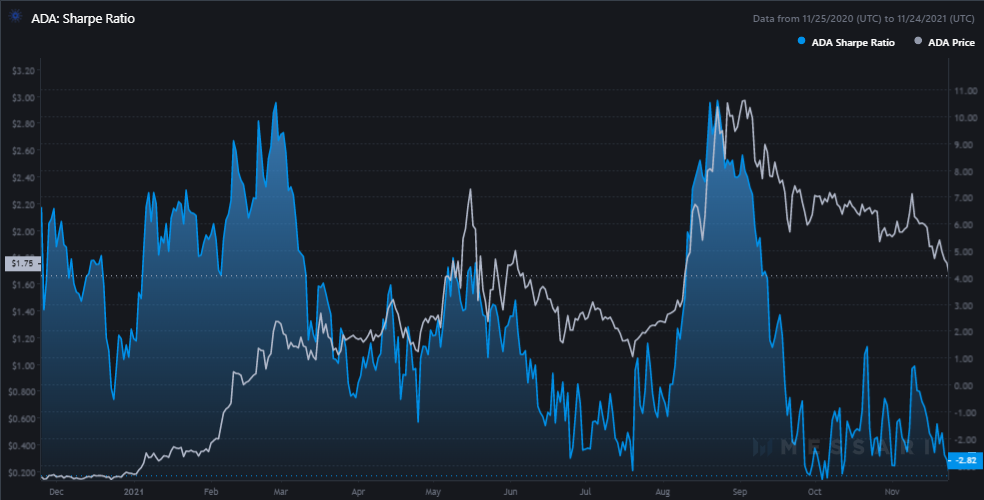 Even so, investors continue to remain bullish and Cardano continues to remain socially relevant.

These mixed signals are helping no one since any new investor could face losses given 55% of all investors already are in losses. Thus, right now, the only entry point would be when Cardano manages to actually recover this drop and rise back above $1.9 (ref. Cardano price action image). Once it turns back into and is tested as support, investing in ADA can be taken into consideration.

Ripple CEO, Garlinghouse discusses why he is optimistic about XRP lawsuit outcome