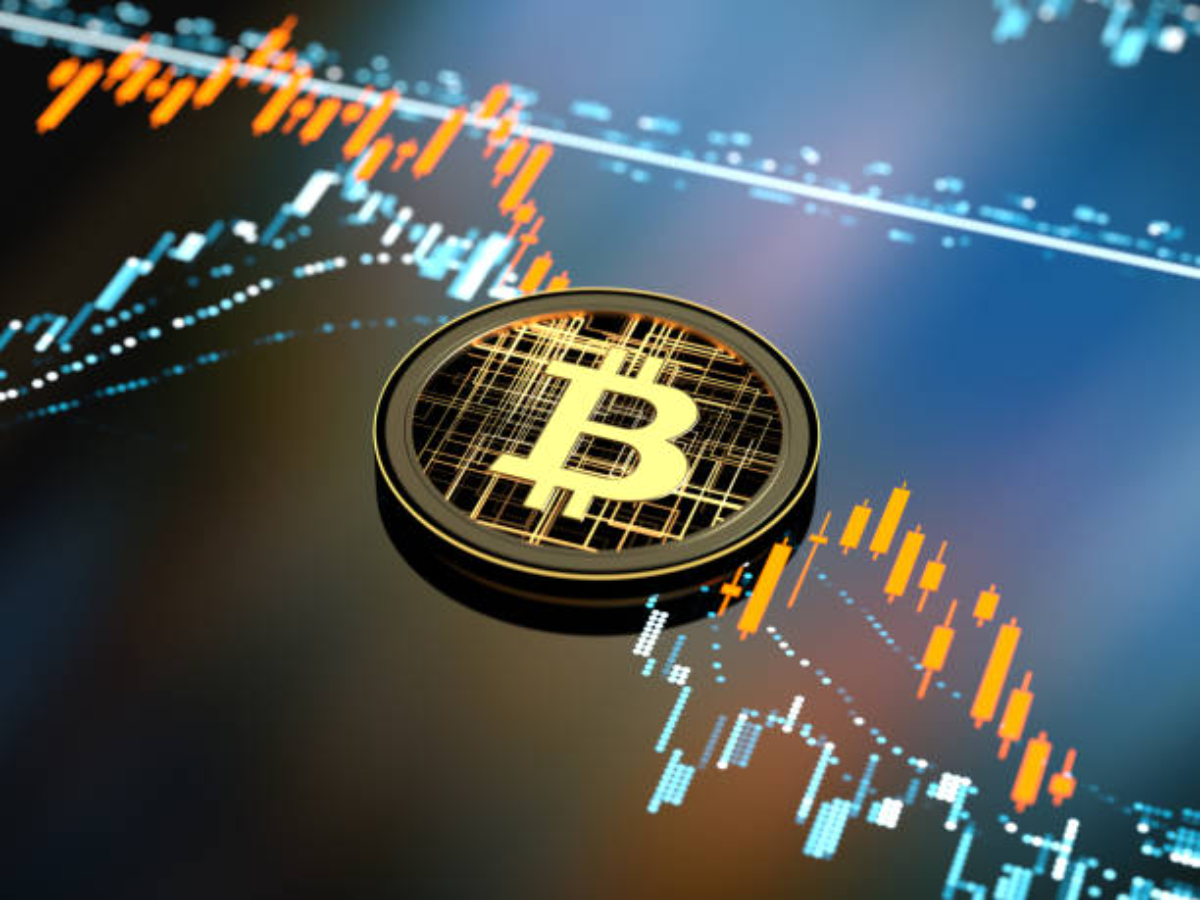 Over the last week, most of the market including Bitcoin has been in a state of euphoria. Consequently, the king coin has seen a new all-time high. Investors are trying to bank on this opportunity in order to get their hands on as much BTC as they can. However, the important question here is, should they be buying BTC at this point in time?

The market is in a bullish state right now. Following which Bitcoin and altcoins are also witnessing bullish trajectories. In fact, a few days ago the king coin made a new all-time high of $67.5k and it wasn’t surprising that investors went into a buying frenzy. 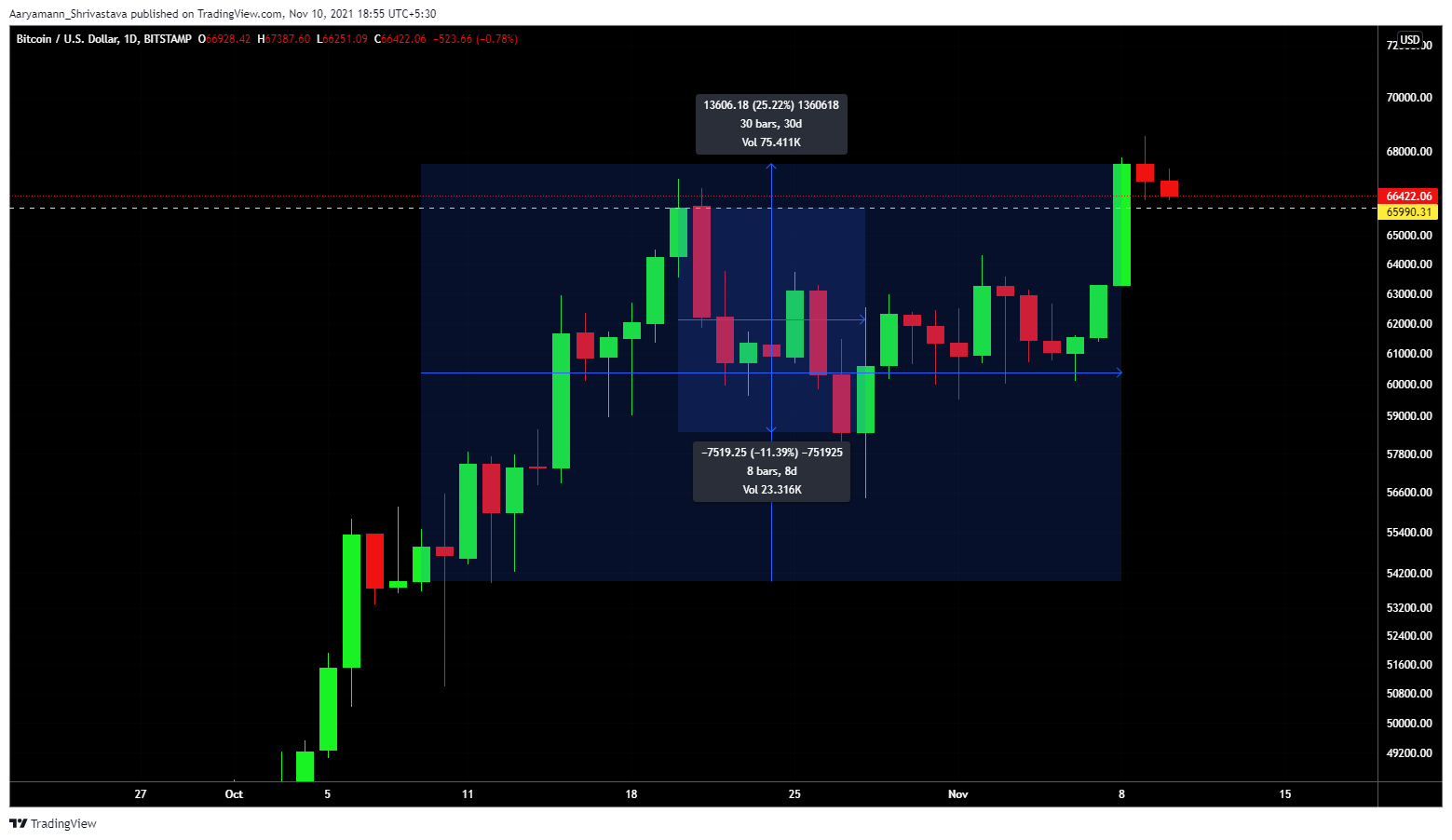 In the last 30 days, while BTC rose by 25.22%, investors bought out more than 50k BTC, worth $3.3 billion. As a result, the cumulative supply sitting on exchanges reached a three-year low of 2.4 million BTC. 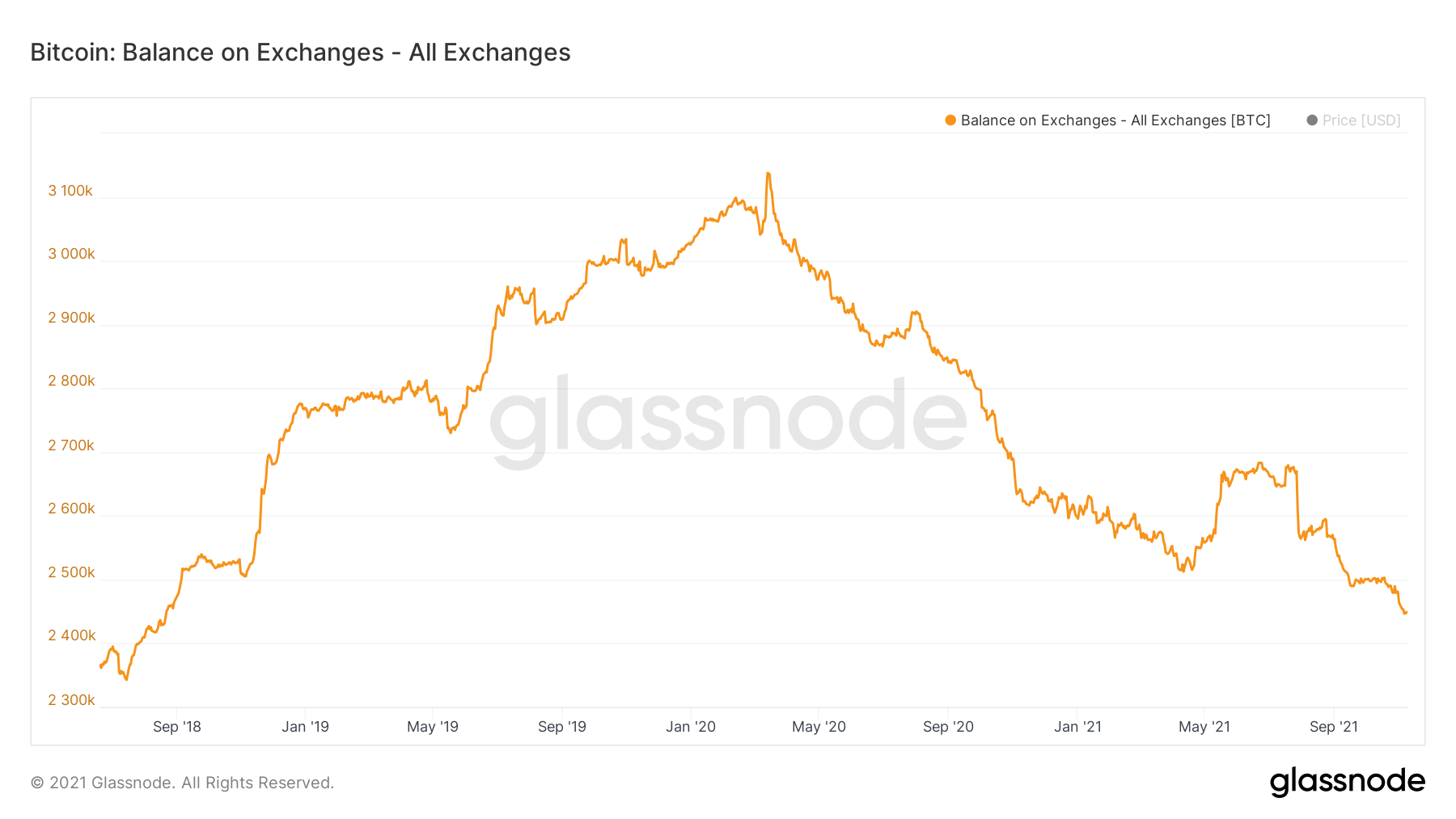 However, apart from the buying, Bitcoin is also being sold quickly. It has been changing hands frequently. As a result of which, transaction volumes have been averaging at $250 billion for over a month now. 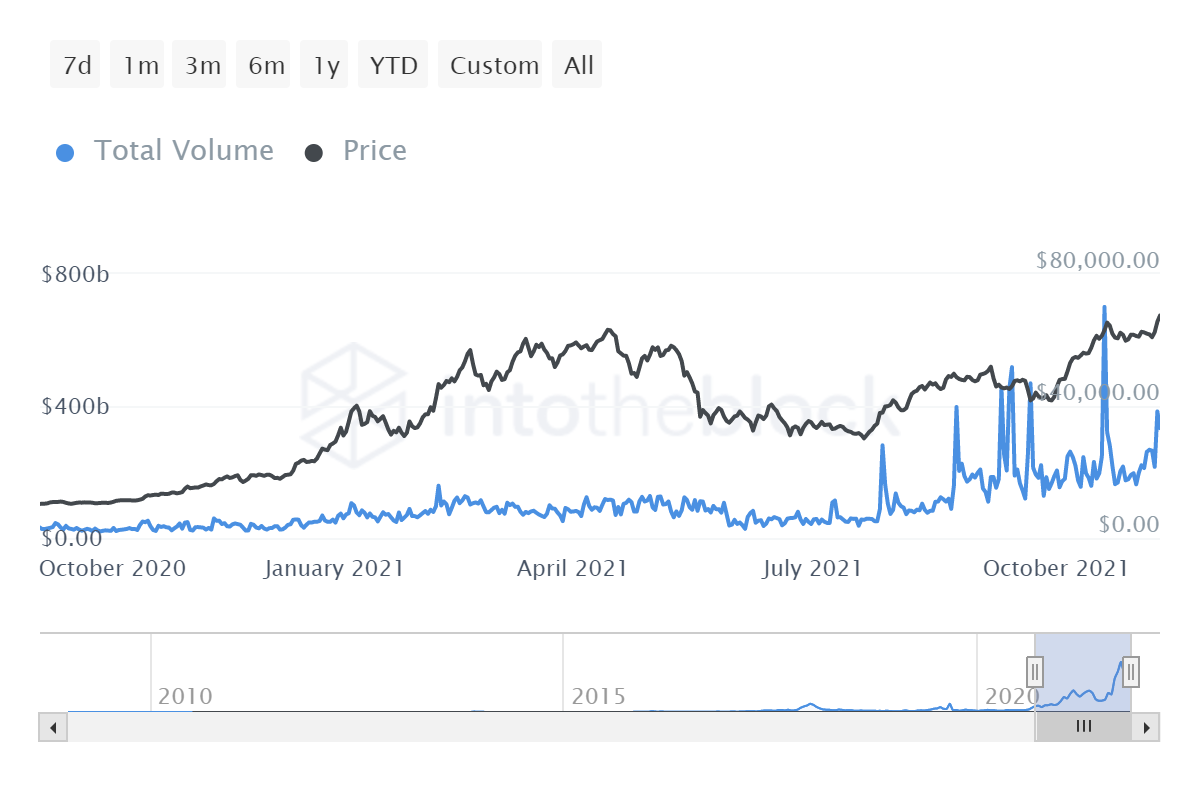 Consequently, about 98.5% of all supply is in profit at the moment. This means that only 283,037 BTC is not in profit. Now, this can be taken as both a good and a dangerous signal. 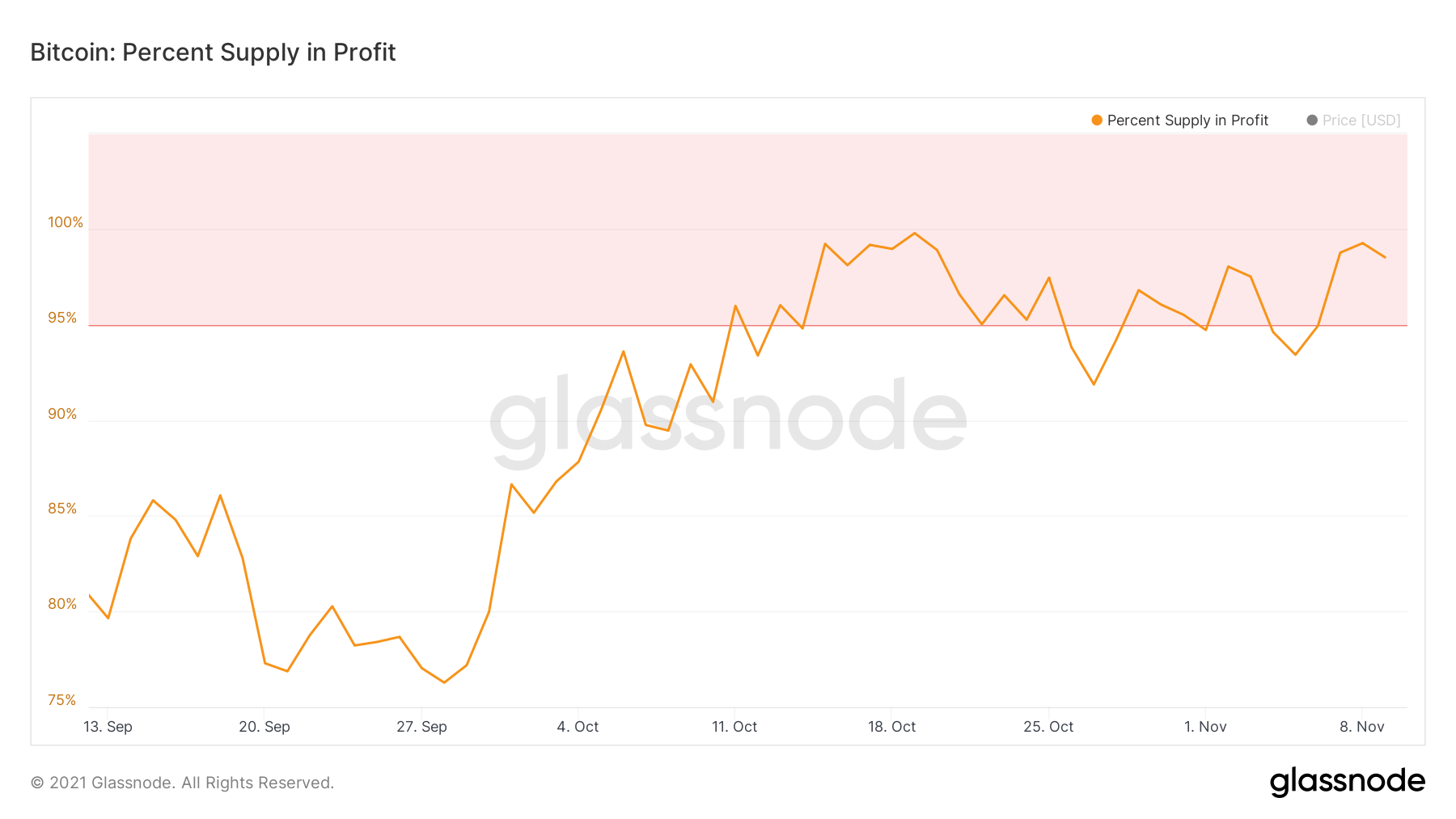 Well, a good signal because obviously, holders are in profits.

Further, a dangerous signal because this is an indication of the creation of a market top which when last created on 20 October had led to a $7.5k, or a 11.4% drop in price (ref. Bitcoin price action image).

However, this isn’t the only reason why one shouldn’t be buying. To dig deep, reserve risk, at the time of writing, stood at a six-month high. This meant that perhaps BTC was not very attractive as an asset at the moment. 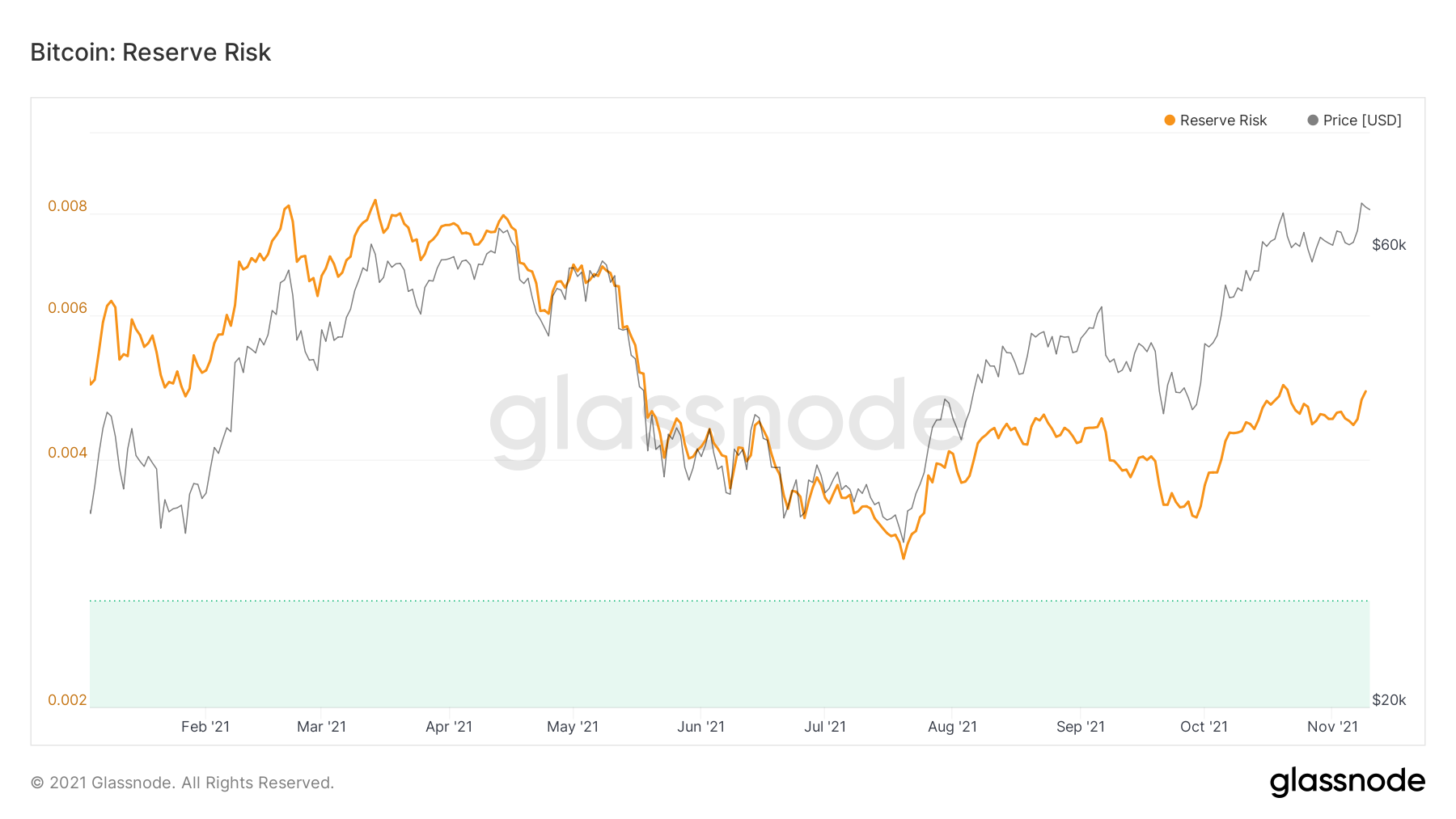 Thus, the only way for the market top to cool down is for some supply to lose profitability, which can be achieved only by some correction. But hopefully, whenever it arrives it won’t be too challenging.

Related Topics:Bitcoin all time highBitcoin buying
Up Next