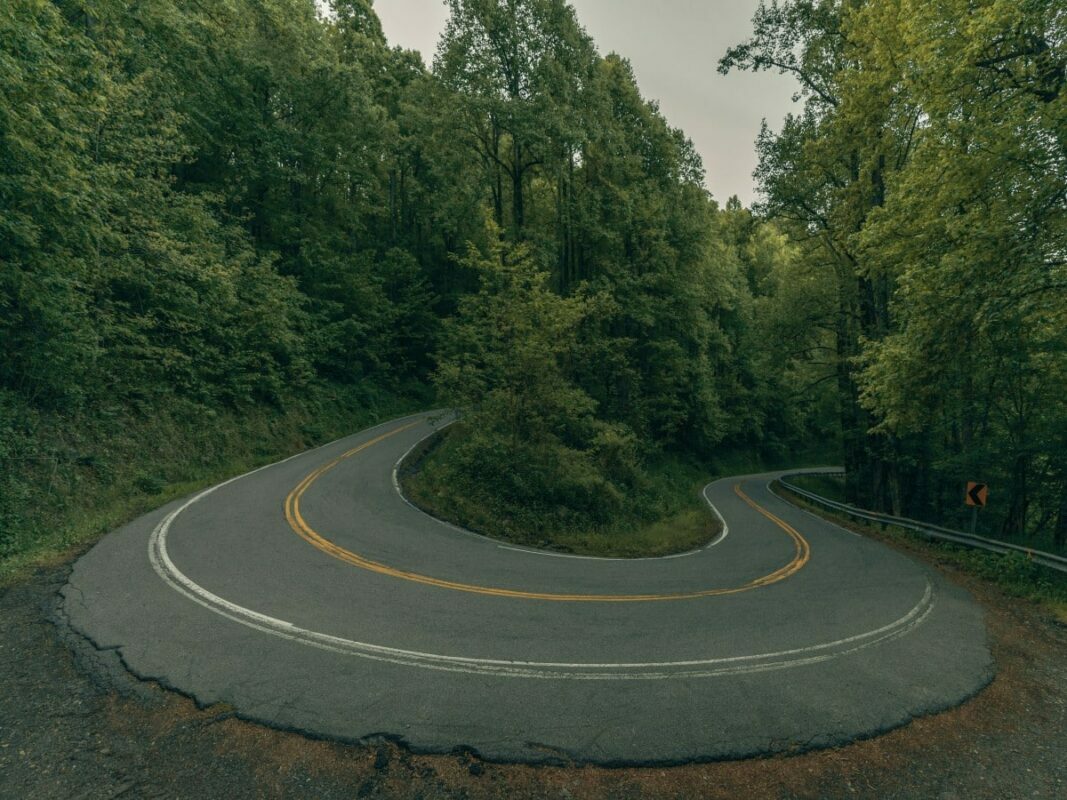 Convex Finance, a DeFi protocol built on Curve Finance, on 30 June, commenced unlocking its CVX tokens. This resulted from limited liquidity to allow for swapping CVX tokens to Ethereum (ETH).

However, while investors continue to entertain fear of a possible price decline for CVX, the token seems to have taken the opposite direction.

According to data from CoinMarketCap, in the past seven days, the token ranked highest as the cryptocurrency with the most gains in price. The price of CVX has rallied 37.48% in the last week. At press time, the crypto exchanged hands at $5.71. The token’s market capitalization also rose from $264.79 million to $369.52 million within the last seven days.

However, in the last 24 hours, the token’s price declined by 7%. Within the same window period, the trading volume of CVX also saw a 38.14% decline.

On a daily chart, the Relative Strength Index (RSI) of the CVX token embarked on an upward rally. By 4 July, the RSI crossed the 50 neutral region and ticked a high of 58.93 by 9 July. However, the increased selling pressure in the last 48 hours has forced a downward curve leading the RSI to be pegged at 51.26 at press time.

Also, registering significant growth in the past seven days was the token’s Money Flow Index (MFI). In the last week, the MFI grew to a high of 85.97. 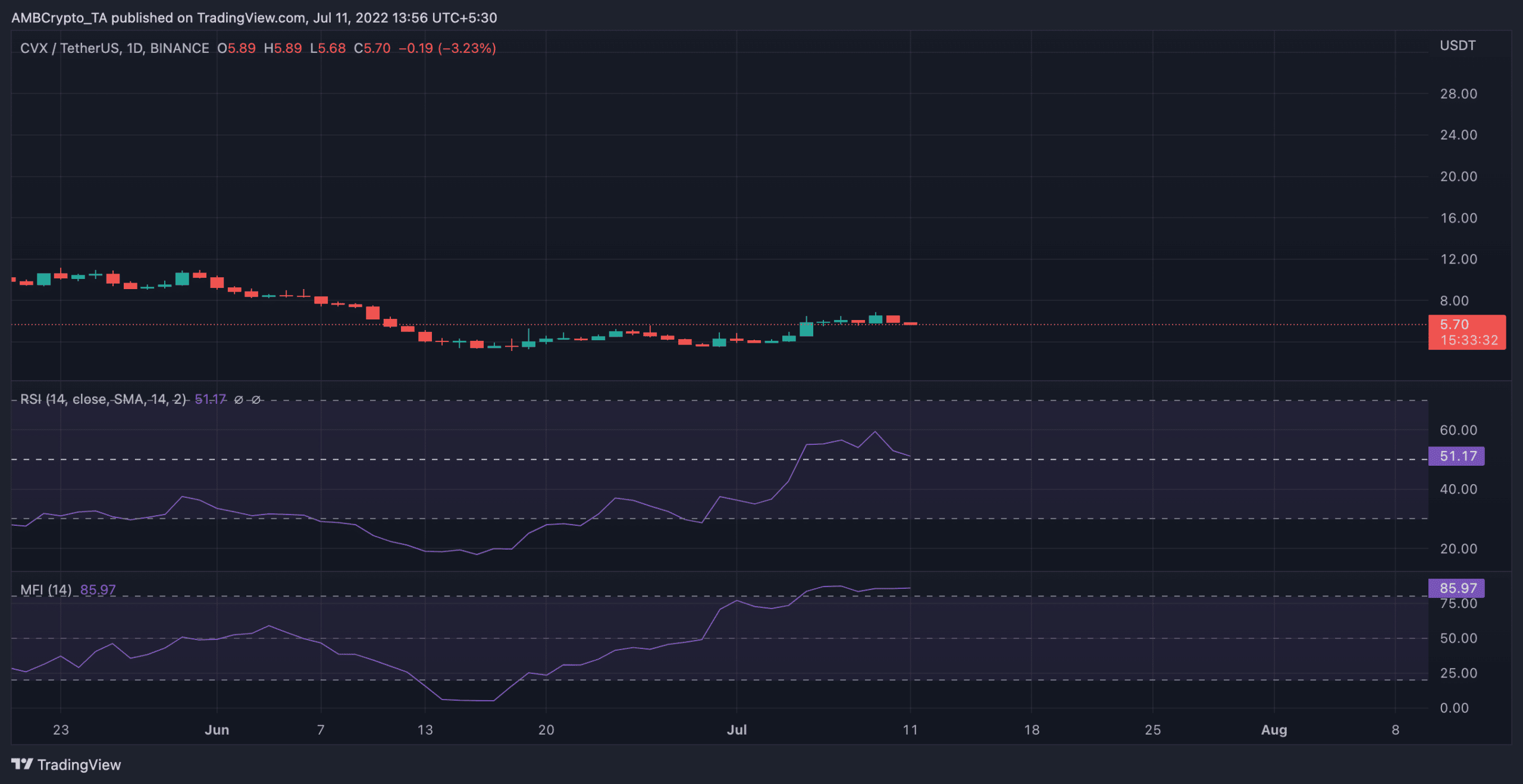 Hold up! Wait a minute

Despite an uptick in price in the last seven days, data from Santiment told a different tale about the token’s on-chain performance.

In the face of the price rally, the exchange flow balance on a 7-day moving average posted a negative value. This showed that within the period under review, more CVX tokens were taken out of exchanges than were sent in. This usually indicates an imminent price drawback, so investors need to exercise caution.

Further to this, the number of unique addresses that transacted the CVX tokens in the last seven days also saw a drop. This stood at 602 addresses seven days ago.

However, it was spotted at 193 addresses at the time of writing. Also within that period, the number of new addresses created on the CVX network daily declined by 28%.

With 14 unlocks left to go, investors might need to exercise caution as profit-taking might force a downward spiral in the price of CVX tokens.

Solana [SOL]: Close above this pattern can initiate a breakout rally