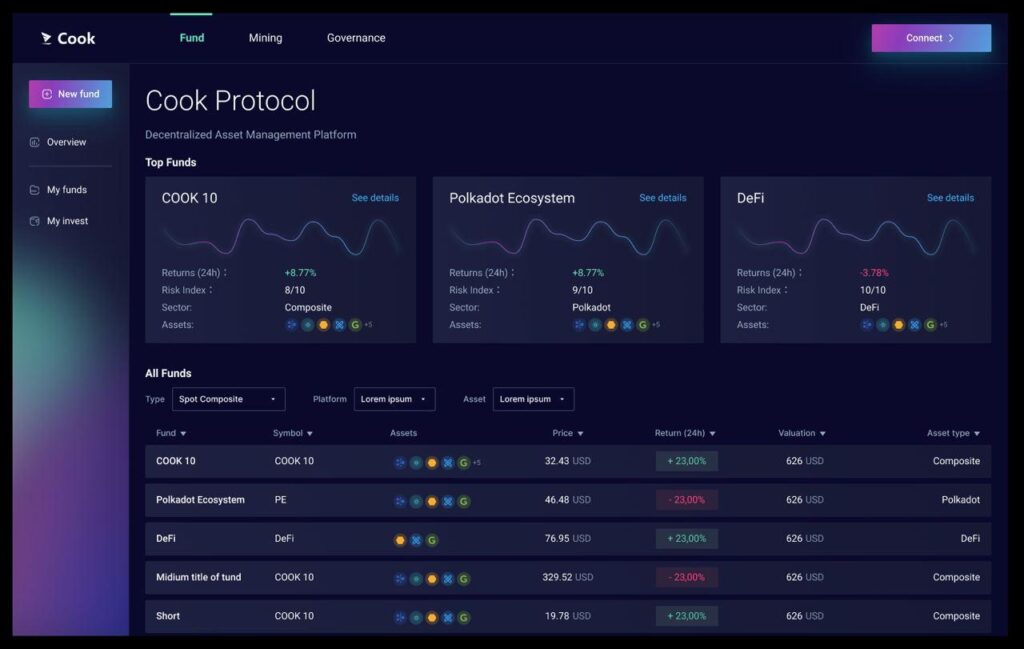 Cook Protocol is a decentralized platform for performing cross-chain asset management. The protocol allows anyone to create strategies for earning yield, which can be used passively by the Cook community. Fund managers have complete freedom in creating strategies and deploy them on multiple blockchains. Strategies can range from simple yield farming aggregation to advanced index funds and derivative-based trading systems.

Key to the success of Cook Protocol is COOK, a governance token that allows the community to modify important parameters of the protocol. Token holders can choose the strategies they wish to see, decide how much of the platform’s revenue should be used for rewards, and decide the direction of Cook Protocol’s development.

“We had a successful TGE. Within 24 hours of the TGE, Ethereum, BSC, and HECO networks recorded over 6,700 COOK holders, and the trading volume spiked above $30 million,” said Kun Peng, Co-Founder of Cook Protocol. “This shows the strong belief of the community in the COOK token and Cook Protocol.”

The COOK token saw multiple distribution events on major IDO platforms, including Poolz, BSCPad, and WeStarter, and the IEO platform on Gate.io. More than 20K people participated in the IDOs and IEO. The latest IDO on DuckStarter marked the token generation event, which distributed COOK across three inter-connected blockchains. In addition to the COOK token, Cook Protocol has also released an exclusive NFT on OpenSea, developed in partnership with Bondly.

Notable investors in Cook Protocol include the OKEx Block Dream Fund, a venture fund built by the OKEx exchange to invest in the best projects in DeFi and cryptocurrency. Cook Protocol is working on deployment on OKExChain, as part of its vision of interoperable blockchains. DuckDAO, the community-led incubator that built the DuckStarter platform, has also invested in Cook Protocol.

Cook Protocol is a decentralized cross-chain asset management platform enabling investors and professional asset managers to unlock the potential of DeFi innovations. The platform looks to tap into the rapidly growing crypto asset management market, which is currently valued at hundreds of billions of dollars. On the Cook Protocol platform, investors can select any of the wide range of investment options offered by fund managers. It provides investors with a sleek and straightforward interface and fund managers with powerful trading tools so they can maximize profits.